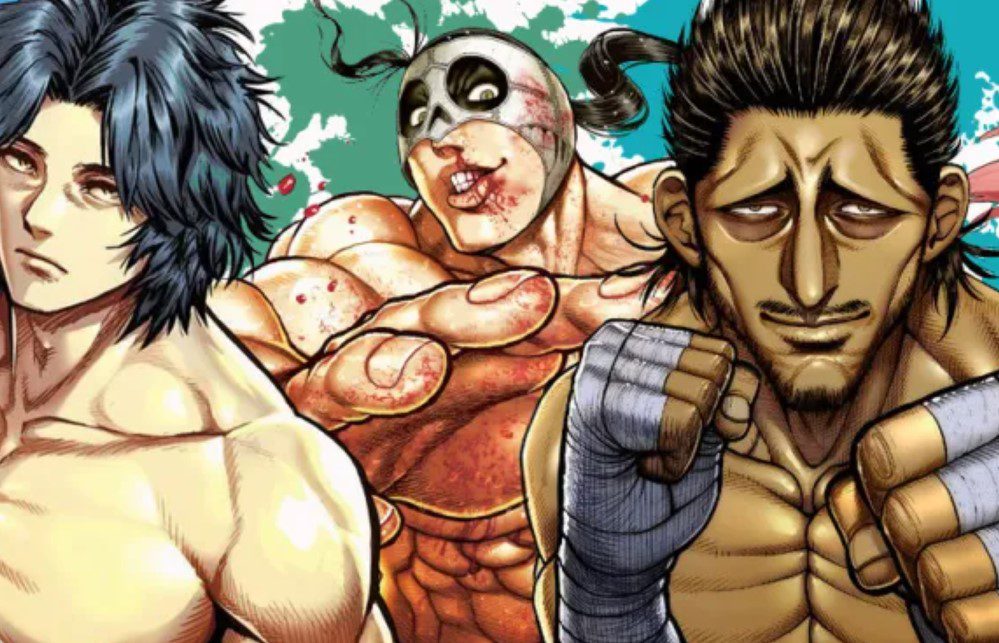 Kengan Omega Chapter 138 reveals the final battle between Ohma and Lolong. It has been going on for a long time since both fighters have been knocked out twice and get back on their foot. Lolong survived another KO and decided to switch to another fighting stance. In Kengan Omega’s latest chapter, Lolong woke up after the count of ten, and Ohma thought it was over since Lolong ate a killer blow. Lolong decided to show Ohma that he was Purgatory Champion. The chapter is titled “The One Thing.”

The chapter begins with Lolong ready to show Ohma his true strength since Ohma has pushed him to a limit. Kazuo can’t believe that Lolong is pulling the same trick and wonders how Ohma responds. Misasa wonders if Lolong is decreasing his target’s size since his technique allows him to go on the offense. They realize that their captain strength is draining, and if Lolong gets a clean hit, it will be over for Ohma. Ohma gets ready for the showdown. Lolong made the first move and threw two left hooks that pushed Ohma back.

But Ohma blocked those strikes even though they pushed him back. Koga is worried since Lolong’s strength is overwhelming. He is worried that Ohma is serving while taking massive damages. Koga notices that Lolong uses a shoulder blade to extend his reach. Lolong landed an uppercut that stung Ohma, who spits blood and trades with him. Ohma also suffered from the barrages, but he decided to exchange blows with Lolong until the last man was standing. Lolong uses 12-6 elbows and hits Ohma’s face. The commentators reveal that Lolong is trying to put Ohma to sleep using brute force.

Okubo shouts at Ohma while telling him not to let those strikes land. He realizes that a lion is dangerous when it is wounded. Rihito wonders if he is allowed to tag in for Ohma. Lolong is angry that Ohma has KO’D the Purgatory Champion twice, and he has to pay for that. Ohma uses 100% defense and reveals that he is impressed by Lolong’s fight, but he will be the last man standing and announced as the winner. Lolong wonders if Ohma underestimates him or has a triumph card saving it for the last moment.

Kure Henzo and Kure Fusui are on their feet, and they are surprised to see a brawl like that. The whole arena is on their feet since they believe that this is the final one and one will win between the two. Ohma recalls when he fought with Kure Raian and realizes that he suffered the same strike that Lolong uses against him. He realizes that Raian knocked him out when he tried a spinning kick. Henzo and Fusui were present that day since Ohma was fighting for fun to test his strength. The two talks with Ohma during Ohma vs. Raian. Raian wanted to kill Ohma.

But Ohma tells him that he will be the one who will die. That day Raian punished Ohma, who realizes that he has to become a better fighter. Ohma promised that he would knock out Raian in the next battle, and he must consider himself lucky. In the present battle, Ohma landed a heavy blow that he learned during his battle with Raian. Koga notices that Ohma has recovered, but Lolong refuses to go down. Ohma and Lolong exchange words while eating each other punches.

Kengan Omega Chapter 138 will be released on 9 December 2021. Ohma reminds Lolong that he should have fallen, but he stilling standing, and that motivates him. He admits that Lolong is the strong King of Purgatory. Ohma uses Kure Family Tradition Earth Scraper: Niko Style; Ohma also landed Flashing Steel Smash: Adamantine and Flame Kata. Let’s look at Kengan Omega Chapter 138 official details.

You will be able to read Kengan Omega Chapter 138 on various websites. Lolong falls after suffering from those attacks, and everyone wonders if Ohma has finished him. Ref Shin Alisa counted up to ten and announced that Ohma and Kengan Association had won the competition. Ohma vows that he will never lose to anyone. Let’s meet when Kengan Omega Chapter 138 is released.

Also Read: The Mystery Behind The Child of God and Sleepers Continues In Episode 9 of Deep Insanity THE LOST CHILD.