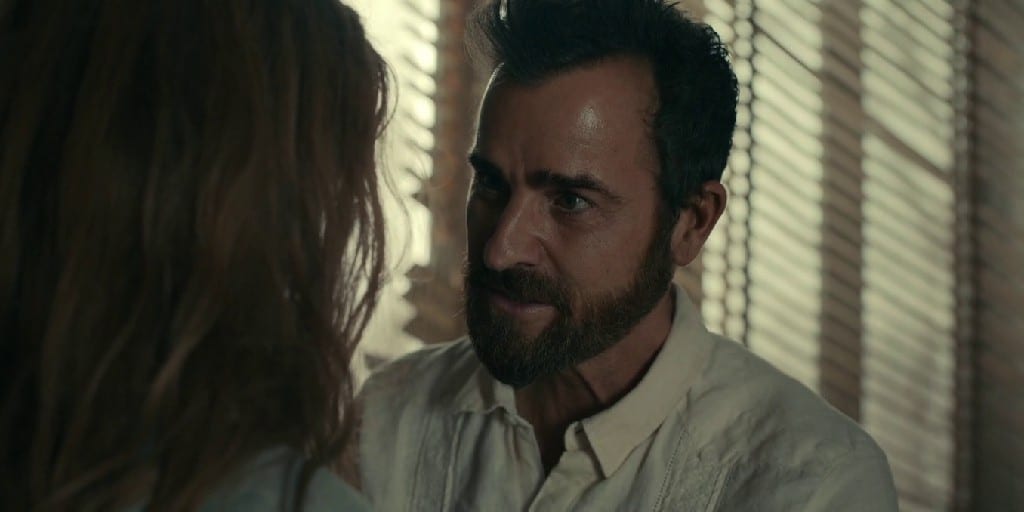 From The Mosquito Coast Episode 6 Featuring Allie and Margot

The Mosquito Coast’s first season run is coming to a conclusion with only one episode left. The recent sixth episode almost gave us the tease to ultimatum we may receive in the finale. The water came to the neck, with Dina calling it off and making a connection to Estelle for rescue. There is a lack of trust between the Foxes a lot. Whether it be Dina or Margot. Allie is going to the measures to keep his family safe. But are all risks and keeping secrets worth it? Furthermore, gaining the trust of other individuals like Calaca was another question in hand for safe travel to Casa Roja.

The sixth episode of The Mosquito Coast almost ended in happy news until Dina’s compromise was revealed. Plus, Bill making his presence felt. Although the Foxes escape, it remains to be seen how long till they are caught in misfire again. There is a whole town still looking for them. What advantage would they have this time? Let’s take a look at everything that happened previously on the show and, most importantly what we can expect from the upcoming seventh episode of The Mosquito Coast.

Recap For The Mosquito Coast Episode 6

Previously on The Mosquito Coast, we saw Allie finally meeting the man he was looking for. But in not so formal a way as Allie had to kidnapped. On the other hand, Dina made connections with Estelle after getting sick of her father keeping secrets from them. On Enrique’s aunt’s orders, Bill stayed tight till the Foxes made their way to the kids. What led, in the end, was a shooting massacre at the hotel the family was staying in. 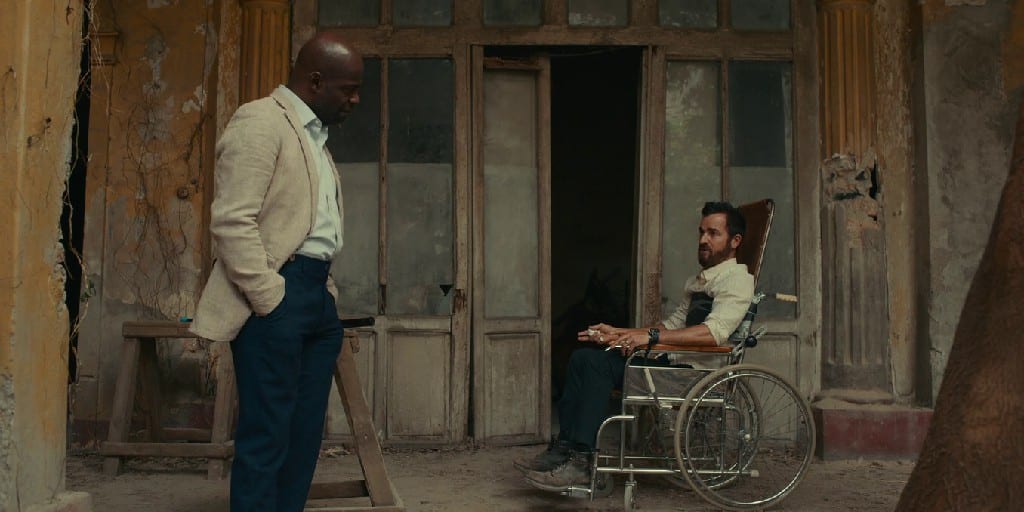 From The Mosquito Coast Episode 6 Featuring Calaca and Allie

Initially in the episode, Calaca had Allie tied down. He interrogated him, trying to get to the bottom of why he had to find shelter to his old connection after all these years. Allie opened up about the algorithm he had cracked, which the government was after. The one who led the government to sell him to NSA. But Allie never wanted to sell his idea. Calaca wanted further proof on whether he can trust Allie before helping his family to Casa Roja. In turn, he had his wife Margot on gunpoint to almost shoot her down with a fake bullet. Allie, let that happen. Margot was all okay, and this was a fluke to gain Calaca’s trust. But the trust between Allie and Margot has fallen now.

Coming to Dina, she asked Charlie several times to remember his childhood, only to fail. This finally came to the point she had to make that call to Estelle. She cant rely on her father to keep secrets anymore. As Allie and Margot come back, Estelle and Leon were already there. Plus, Bill followed in too, and an all-out shootout began. After all the mess, Estelle and Leon lost their lives trying to protect Foxes. The Foxes once again managed to escape from Bill and Enrique’s aunt’s wrath. 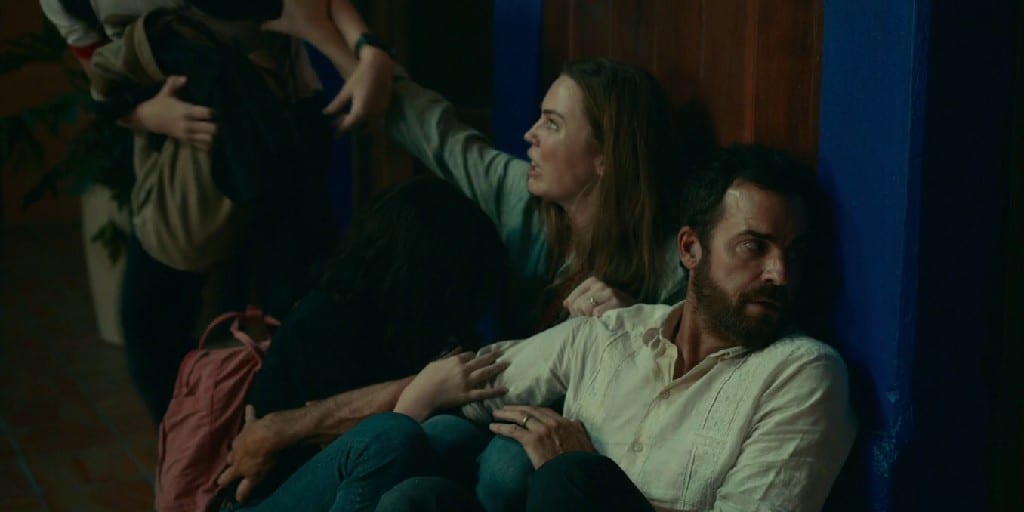 The Mosquito Coast Episode 7 is releasing on 4 June 2021 and will release on Apple TV+. The seventh episode will mark the end of the first season run of the show as there were seven episodes ordered. A season 2  may happen depending on what the seventh episode has in store. Plus, if Apple+ is interested in giving the show another run after the reception. Since there is no promo for the episode, check out the synopsis breakdown of seventh episode and a trailer below.

The Mosquito Coast Episode 7 is titled “The Glass Sandwich”. The official synopsis of the episode states the Foxes will find themselves in a crisis with trust issues. The situation might hold them together or break them as a family. Taking a cue from the sixth episode, there is a lot of predictions that the show is leading us to. We already witnessed Dina having trust issues father and taking outside help. Then there was an instance when Allie let Margot get shot. The scenario drove them apart for sure. Will this be the problem remains to be seen now.

All we know is Foxes have kind of lucked out so far, with everyone among them alive. But how long since Bill was this close to them recently. The only advantage they have is he can’t kill them since Enrique’s aunt wants them alive. Now, how Foxes make use of it will be worth seeing as they make their way out of Mexico City to Casa Roja. The place which Calaca will help them to go to find refugee from the government. But it won’t be an easy feat as Bill has ordered the whole city to look for them with the posters in time. Will they reach in time remains to be seen? All in The Mosquito Coast Episode 7.