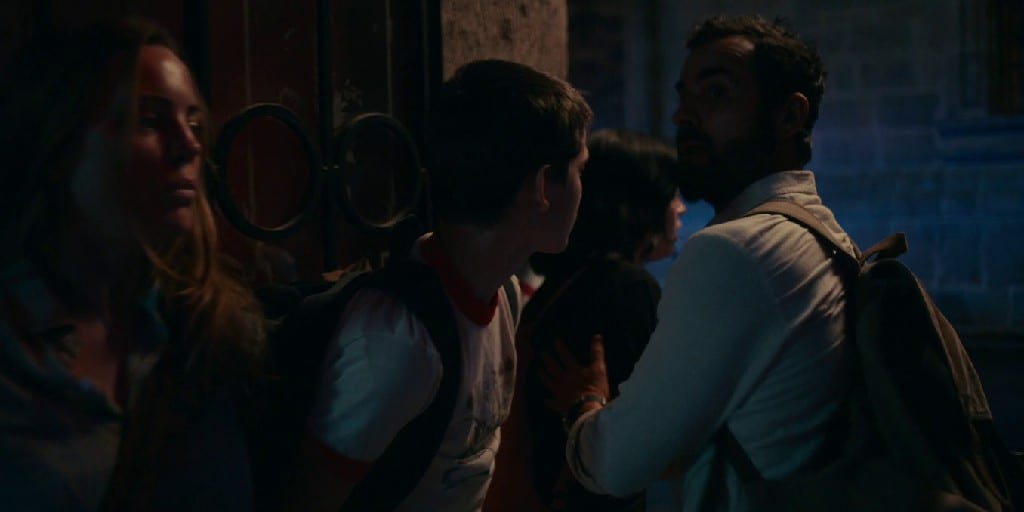 The Mosquito Coast Episode 6 escalated to the point we saw bullets raining down at the Hotel the Foxes were staying in. Well, the run had already begun in the last episode. The time when they made it to the city but were hunted down too. Thanks to Enrique’s aunt ordering the posters. Allie broke down his connections only to be kidnapped by some people along with his wife Margot. Coming to Dina, she also digs some dirt on her parents, which led her to make a connection with Estelle. The sixth episode saw Allie come across the man he was looking for, but he doesn’t trust him and wants to know more about Allie.

Well, Allie made his way to earn the trust, but there came our complications. Plus, returning to the hotel also had some mess when Estelle joined them and also Bill. What we witnessed was a big standoff between the Foxes as well as with Bill and his team. Some died while some escaped. Thus also leaving questions on how Allie managed to talk down the man who will take them to safety and why Bill didn’t take the shot at Foxes when he had. So let’s take a look at the episode piece by piece.

What Went Down In The Mosquito Coast Episode 6?

The sixth episode of The Mosquito Coast opened up with Allie brought in to Calaca after being kidnapped in the last episode along with his wife. On the other hand, Charlie and Dina roamed through the city. Bill informs Enrique’s aunt about the situation. She insists he finds them no matter what. Estelle and Leon hope to connect with Dina again after she discovered the truth through the internet. Calaca on the other side, interrogates Allie while Dina questions Charlie about the time he was a baby. When he denies remembering, she contacts Esthella only to cut the conversation again. 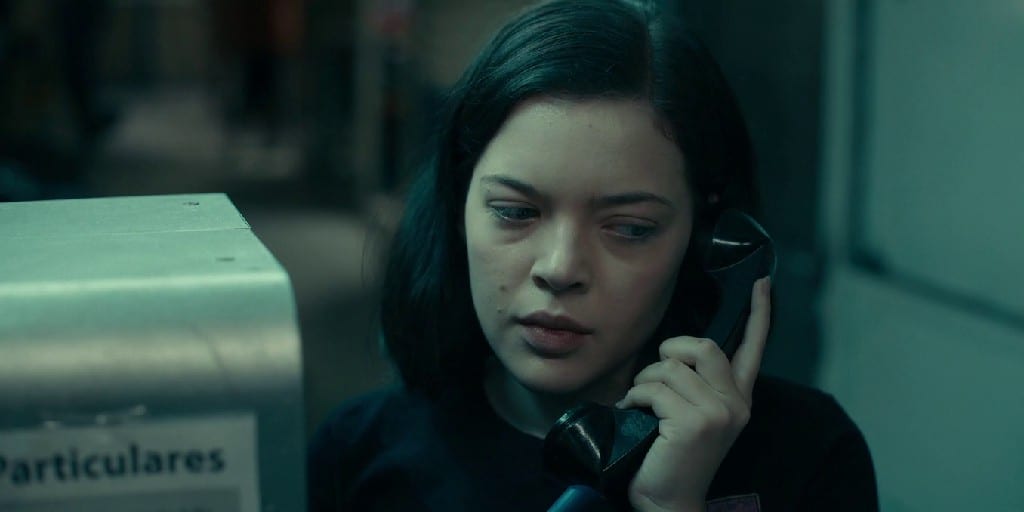 Calaca on the other hand, tries to get more answers from Allie on why he is looking for Casa Roja. This escalates to the point he threatens to shoot Margot down. Allie admits not knowing of it and lets Calaca’s men take the shot only to realize the bullet is fake. Margot survives, but there is a sense of mistrust between husband and wife. Also, the Foxes can find shelter in Casa Roja now with the help of Calaca. 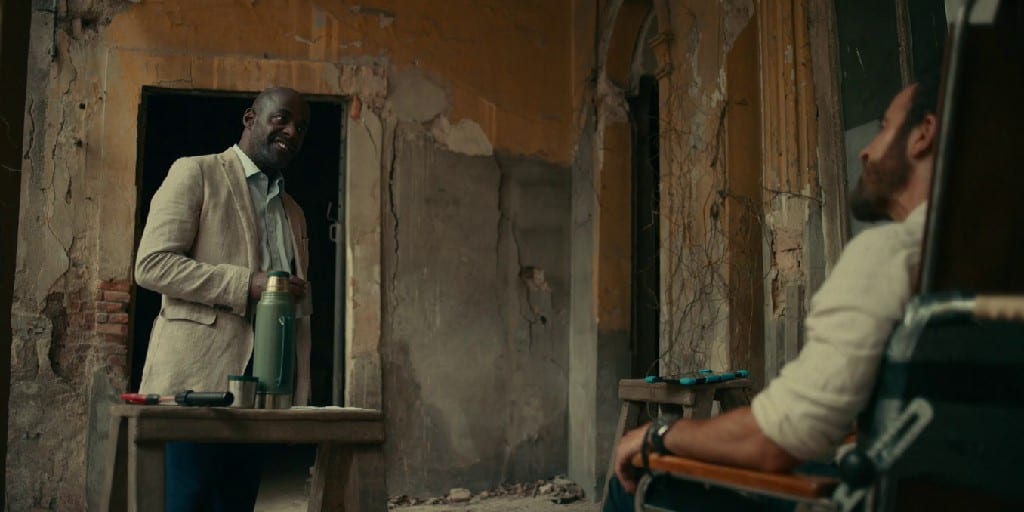 From The Mosquito Coast Episode 6 Featuring Calaca and Allie

Meanwhile, Dina tries to break down Charlie to know more about their history. But they don’t realize the kids of Bill are keeping an eye on them as well. All they need is Allie and Margot now. After the talk with Charlie, Dina makes the difficult decision to call Estelle. So when Allie and Margot do return to the hotel family is staying in, they find Estelle and Leon there. What follows is Bill raining down fire at the hotel. Resulting in Leon being taken out while saving Dina and Estelle stabbed to death. But Bill doesn’t make a move on Foxes leaving them to escape.

So what went down here? Why did Calaca go to such an extent to acknowledge Allie? The lack of trust between Allie and Margot? Why did Dina decide to opt for Estelle for help? Why Bill didn’t take the shot when he had it? So here is what happened. First of all, Calaca wanted to know the gist of Allie and his history. What happened to Alec Finn, and how he ended up running away from the government. 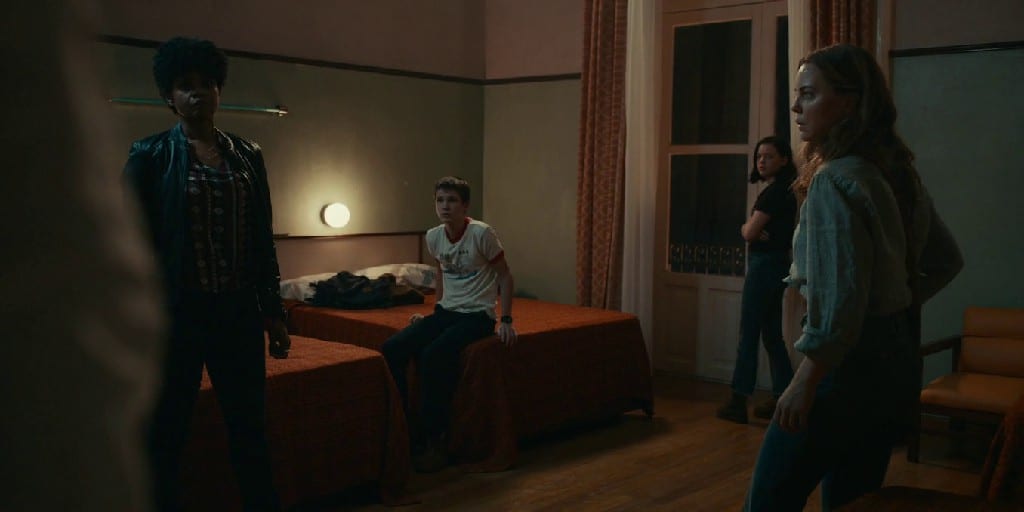 Allie explains the algorithm he came up with, which the government saw interesting and sold him to NSA. But Allie didn’t want to sell his idea. Thus leading him on the run to Casa Roja. To dig deep to break down if Allie says who he is, Calaca kept on questioning him about Casa Roja about which he certainly doesn’t know. Coming to the point, he lets Calca’s man shoot Margot with a fake bullet. Calaca wanted to test if Allie is not lying plus if he can trust him, as Isela said. They were in for Casa Roja, but this scenario also created mistrust with Margot. She was shocked Allie didn’t think twice before letting her get shot down.

Coming to Dina, she was sick of her parents keeping the truth from them, leading her to bring Estelle into the picture. They promised to save them from cops, but they need to leave together as a group. Although Allie didn’t agree but only until Bill came blazing in bullets on Dina, leading Leon to make savings but die. Allie came to Dina’s rescue, but Bill didn’t take the shot because he was ordered to bring the Foxes alive. Even Estelle lost her life as a kid stabbed her. Luckily the Foxes made the escape from the hotel whereas Bill kept looking for them.

Also Read: Wings Of Fire Netflix Adaptation: What We Know So Far