What To Expect From The Mosquito Coast Episode 5? 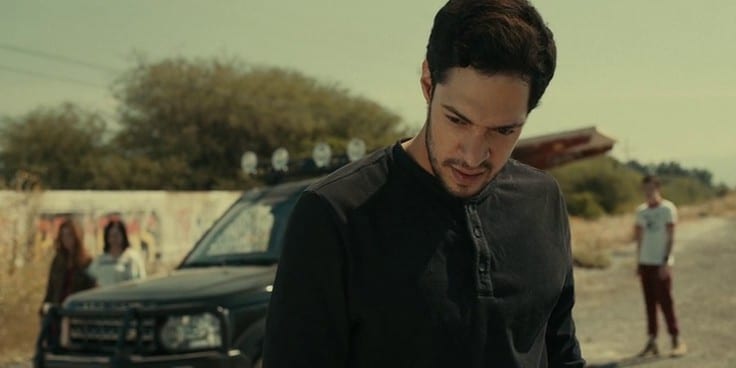 The Mosquito Coast almost gave the Chuy, Allie, and The Foxes the hope they were looking for. Yes, Chuy’s contacts did work and they were rescued. But it seems like the troubles keep chasing them after all. Because the group of Enrique who rescued them had plans of their own. Previously on The Mosquito Coast, we saw Chuy, Allie, and Foxes traveling through the Desert to reach Mexico and find refugees with Chuy’s friends. Only to be hunted down and trying hideaway. After passing through a bombing ground and Chuy getting bitten by a snake the help arrived, but Chuy needs to work a deal out now.

Chuy is looking forward to meeting his daughter in Mexico, but Enrique, who is serving Chuy and the Foxes won’t let that go easily. After all, Chuy owes something to Enrique’s aunt. This leads to a few deals made and considerations being taken a look at. But at the end of the day, Chuy sides with The Foxes and saves them from the wrath of Enrique and his aunt. But at the end of the day, it felt like it went all to waste when Allie makes certain revelations. So let’s take a look at a quick recap of The Mosquito Coast and what we can expect from the upcoming fifth episode of the Apple TV+ series.

Previously On The Mosquito Coast, we opened up to the Foxes parting ways with Chuy who is sent for treatment at the infirmary. Foxes find refugee at Enrique, one of Chuy’s connections. Things are settling down. Amidst this, Dina brings up the conversation on why they are hunted down. Only to be interrupted by one of the servants at the house. Chuy on the other hand, is in debt with Enrique’s aunt. If he wants to visit Mexico and reunite with his daughter he needs to fulfill the debt. So he decides to use Allie as he is on run from the US government as a way to pay the debt.

Margot is suspicious of Chuy. She wants to leave but gets stopped by Enrique for one more night. As dinner with Enrique’s aunt began, Hugo takes Charlie hunting with no one around him. Allie thinks Dina writing a letter to Chuy might melt him down. But, Enrique’s aunt comes ahead of the letter and she is okay with Chuy’s deal. Thus, after all that a discussion at the dinner table began between Enrique’s aunt and the family.

As Foxes are under interrogation, Charlie’s call comes with Chuy holding Hugo at gunpoint. This leads Enrique to let the Foxes go. They meet Chuy and Charlie to leave in the car sending Hugo back. After all the adventure there is a confrontation between Allie and Chuy which in turn leads to him realize his daughter didn’t know about him. Allie using Chuy didn’t fit with him leading to him leaving in the car with Foxes left behind to close the episode.

The fifth episode of The Mosquito Coast is titled “Elvis, Jesus, Coca Cola”. The official synopsis of the episode says Allie will work his own connections out while the kids find themselves in trouble. Apart from that, we can clearly see how messy things are right now. There is a loss of trust from Chuy’s side. Especially with Allie who only used him for his own means. Sacrificing for the Foxes led Chuy to lose a chance to live in Mexico too. He went through troubles like bombing to getting bit by a snake. But to no use. Now both the countries are against him. Furthermore, he cants even see his own daughter and she has no idea about him.

Coming to Allie and the Foxes, they are on their own now. They have some people they know but not enough to save them from both the countries. They need to look for refugees as Chuy is on his own path now. Will he return when they need him the most remains to be seen. All in The Mosquito Coast Episode 5.

Ariana Grande Got Married!! The Singer Tied The Knot in an ‘Intimate’ Ceremony