The Moment the Heart Shines Episode 2

EBS’ new K-drama, “The Moment the Heart Shines,” is a heartfelt middle school series. On its way to release episode 2 of the drama, “The Moment the Heart Shines” revolves around the many emotions a school student goes through. Revolving mainly around Bit Nara, who used to be a mukbang YouTuber when she was young. But people on social media weren’t so nice to her. Entering high school didn’t go as expected. On the other side, her childhood friend, Seok Jin, might be having a change of heart with his feelings for Bit Nara. 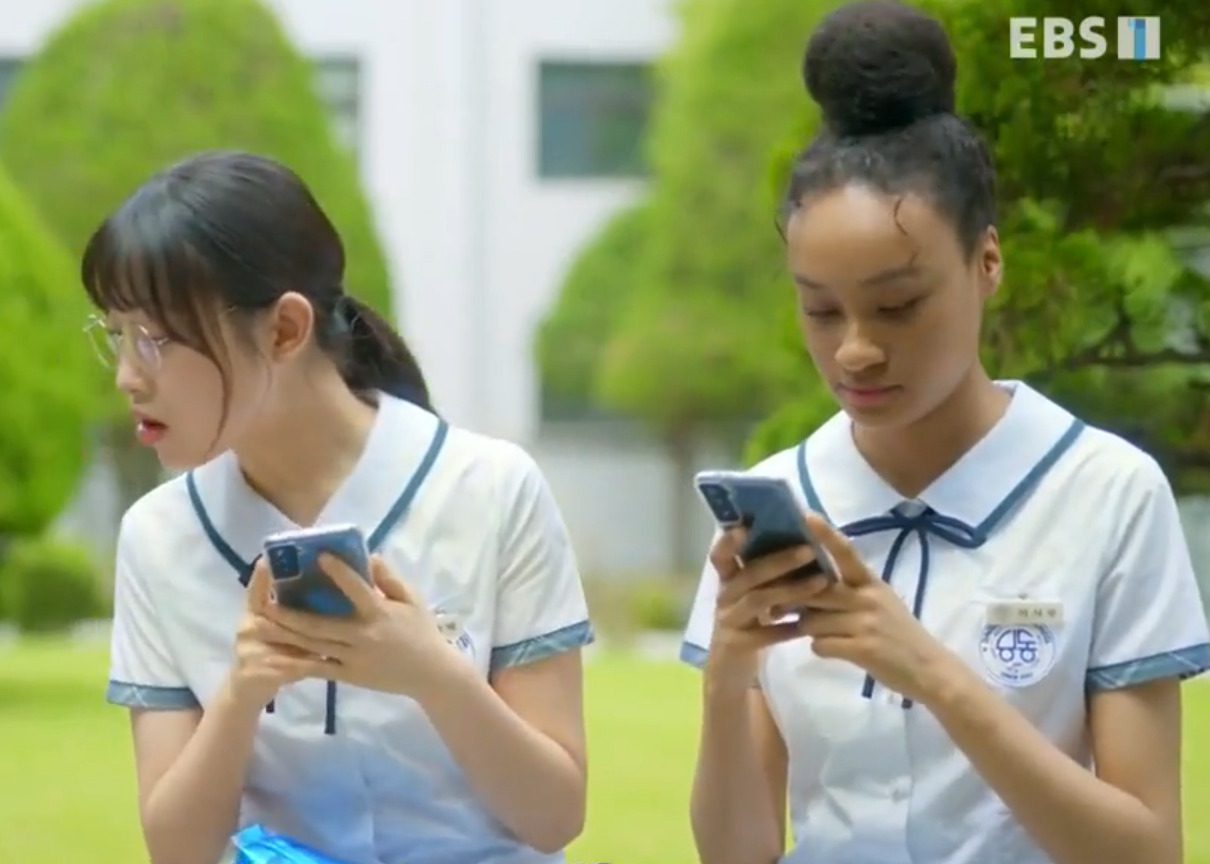 A still from The Moment the Heart Shines Episode 1

As Bit Nara runs to reach the school, hoping she doesn’t get late and reaches on time. She runs into Seo Joon Young, one of the popular guys at school. As his friends give him presents on his birthday, she finds it weird why people like him that much. Running to class, she is bombarded with a cake and party poppers. But it’s not for her, but for Joon Young’s surprise birthday party. As one of the girls asks why she wasn’t there early, Bit Nara tells her that she never got the message. It turns out that she is the only one not in the class group. She realizes that she is nothing but a nobody in the class and that her presence is literally dead.

As the whole class gathers together to vote for a social media contest to make their school win. Bit Nara and her friends are impressed by their schoolmate who won the contest. That even they consider joining the next season. But give up the thought, realizing that their social media presence is literally dead. As she meets Seok Jin in the evening, they talk about how popular he has been even though he tries to stay lowkey. The next day, as she finally makes up her mind to enter the social media contest, she goes into the school bathroom to click some pictures. But is shocked to see Joon Young in the girl’s bathroom. 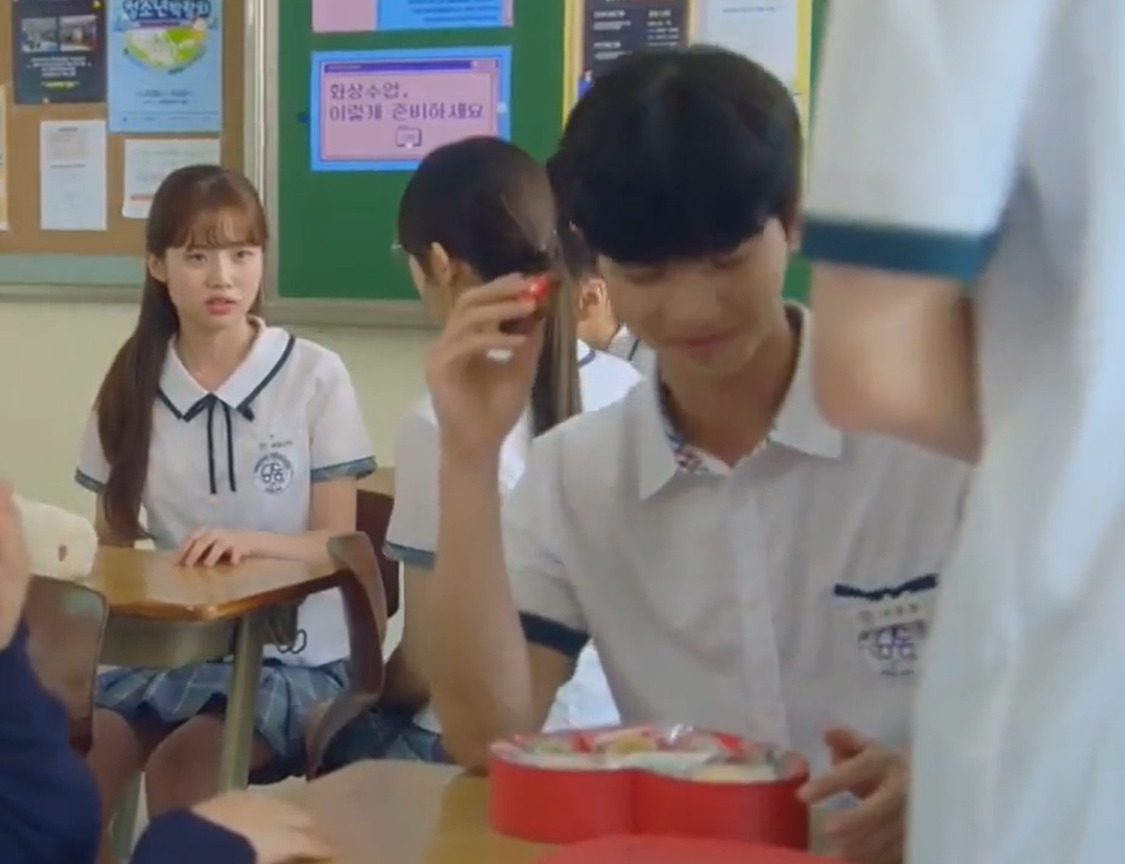 A still from The Moment the Heart Shines Episode 1

The Moment the Heart Shines: Release Date and Where To Watch?

“The Moment the Heart Shines” episode 2 will release on October 5, 2021. The new episode will be available on the EBS channel. For the extra shots and behind the scene episodes, viewers can also check out EBS’ YouTube channel. Starting just last Tuesday, the show will have thirteen episodes in total. The show will air until the middle of December, with its final episode being out on the second-last Tuesday of the year 2021.

What To Expect From Episode 2 of “The Moment the Heart Shines”?

Just in the second episode, things are about to move fast and get funny. As Bit Nara caught Seo Joon Young in the girl’s bathroom, she accidentally clicked a picture of him. Not able to process the scene, she runs out of the bathroom, calling out for the teacher. But since it’s early in the morning, nobody is in school yet with Joon Young chasing after her, trying to explain. As she runs out to the ground, her foot slips, and she is about to trip. When Joon Young catches her, saving her from falling. As the winner of the social media contest entering Bit Nara’s class as her fellow. She tries to talk to Seok Jin, but he movies away from her. Bit Nara is still a nobody who tries to talk to Joon Young about it.

Also Read: The Voyeurs Ending Explained: Did Thomas Commit Suicide Or Was He Murdered?