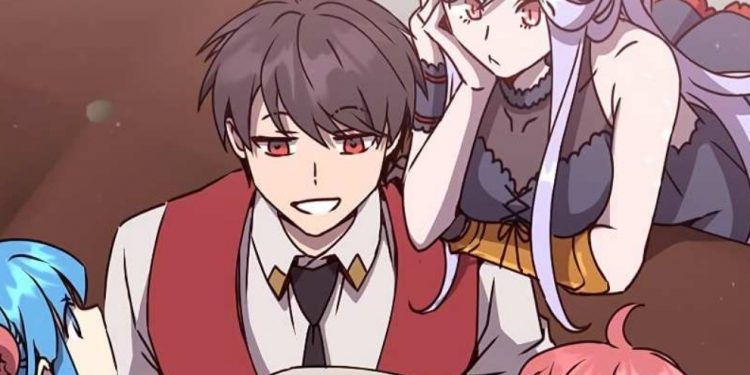 The Max Level Hero Has Returned Chapter 76 won’t release since the end of The Max-Level-Hero Has Returned Season Finale. The masked green-haired princess Aeria Al Inis, one of the mixed-race beastmen in the Indis empire, joins Prince Albus and Theord Al Lindis. In the Lindis’ Empire, beastmen are locked, but it was different for Aeria since she was royalty. Theord knows that Aeria is not of royal blood and asks why she is not addressing him as her father. In the recent chapter of The Max-Level-Hero-Has Returned, Aeria told him about the people around her and that they might spread rumors that he is related to a lowly beastman like her.

Theord gets furious and calls Albus, asking if he should execute them. But he told Albus to uncover them perfectly. He is angry that they are saying stupid things about the Imperial Family, and they must receive a punishment that they would never recover. Albus told Theord to leave everything in his hands. Aeria begs Theord not to do such things, and he pats her head, telling her that she is the beloved one. He decided to spare those people for the sake of his beloved daughter.

Theord vows that if anyone dares speak ill of the daughter of the Emperor, they will get destroyed. Aeria also told her what she would do if beastmen got hurt. She asks him to promise, and Theord tells her not to worry. Albus agreed to what he’s been ordered and told Theord that he would do it. Meanwhile, in Hine Region, Davey wakes up, opens the windows, and realizes that he has had a long journey. He realizes that he left the trouble in the Pelisti Kingdom.

Davey realizes that those bandits were after that girl, and if it were him, he would have taught them a lesson. But he is glad that the girl was safe and managed to cross the border with her people. The maid joins him and asks him about princess Elena of the Pallan Empire, who wants to meet with him. Davey smiles, hearing that a princess has requested to see him. The maid asks him if she can show the princess the way to the reception room. Davey realizes that the princess is a bigshot no matter what he thinks.

Persek asks him if he is not afraid of what would happen, and Davey replies that he is not trying to act tough. They keep coming every month, asking to meet with Davey, who gives them the same answers and rejects them more than 13 times. Davey realizes that he started it like he is playing games, but it ends up causing trouble. The Red Knights were furious since Davey refused to meet with the princess. Davey didn’t care about that since he knew what he was doing. He told Persek why he had been doing that.

Will There Be The Max Level Hero Has Returned Season 2?

According to the manga’s official website, The Max Level-Hero-Has Returned Season 2 will begin after two months, around the end of March 2022. Season one of this manga has concluded with 76 chapters. Princess Elaina entered the house using the window and told Davey that she had found him. On the other side, Theord talks with Aeria. She reminds him about that promise of marrying anyone she likes if her illness gets cured. She told him that that guy saved her, and Theord told Albus to find that guy and get rid of him.