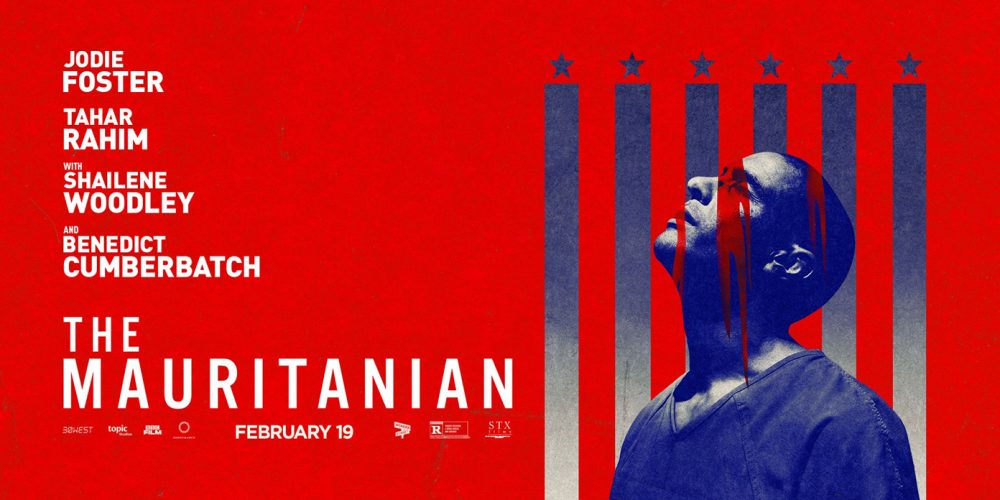 Kevin Macdonald turned a real story into a reel story. The movie traces its steps back to the time of 26/11. It was a very sad day when a lot of people lost their lives in a terrorist attack. However, the USA took very brutal revenge on every Islamic citizen present in the country. Islamic citizens were not socially accepted for a very long time in the UAS. A lot of them had to change their identities to keep themselves safe. The United States Of America imprisoned the suspects in their military base in Cuba. Their attorneys were not allowed to meet them. A lot of innocent people were torched by the American Authorities; One story lived up to be told.

The movie is based on one such story. The legal drama “The Mauritanian” brings us back to the USA’s tense time shortly after the Twin Towers were attacked on Sept. 11, 2001.

With care and respect, “The Mauritanian” unwraps the agendas that inspired this flash as well as the priorities of those who hoped to endure. The movie focuses on Mohamedou Ould Salahi, a Mauritanian, who the U.S. caught in 2002 but never formally charged, for suspected embarrassment in planning the 9/11 attacks. While flashbacks offer impressions of Salahi’s treatment at Guantanamo, the central story reflects how his attorney uses the law’s detail to try to secure his freedom.

Like the brave, stubborn lawyer maneuvers through the judicial rhetoric, she recommends the possibilities of a broader conspiracy behind Salahi’s imprisonment. The movie includes amazing law tactics and reflects a significant relationship between the attorney and the accused. The USA is famous for imprisoning the innocent, be it the Black Life Matters protest or A Terrorist attack. The dominant features of the nation are well reflected in the movie.

Sequences in “The Mauritanian” remind us of collusions that other movies explore, from the fictional fantasies of “The Parallax View” and “The Manchurian Candidate” to the reports of actual governmental actions in “The Report” and “The Post” to the allegations articulated in such classics as “Missing” and “Z.” This film necessitates our attention when it pieces together the puzzle of potential misrepresentation as it considers what could be behind what we see on screen.

The film is at its most useful when it tells a big story of a bureaucracy intent on discovering villains but less efficient when it tries to teach the art of judicial maneuvering. Unfortunately, “The Mauritanian” reduces to a crawl when the film delves into a legal dialogue that reduces the story’s dimensions.

The director took three years to research and collected facts for the movie. He stated that ” Most of the Officers who were deputed to Cuba had to res from their jobs; As they were mentally very upset when they came to know that the suspects were innocent, but still they were being tortured.”

Tahir Rahim, an actor so important in “The Eagle,” gives Salahi a solid personal framework of caring for his family that frames his carelessness. He carefully makes the personality a sympathetic figure without passing commentary on the man’s guilt or innocence. Alternatively, Rahim focuses on the impact of darkness on a broken soul.

As his attorney, Golden Globe winner Jodie Foster is a delightful appearance on screen, bringing her trademark uprightness to a role that suggests a life hidden backward professional obligations.

The actress draws a strong feeling of fairness to the role without attempting to perform a hero. She is solely someone who wants to do what she can for one man to get fair treatment. And we understand every moment. Films like “The Mauritanian” immediately us to dispassionately assess the fundamental rights and wrongs of moments past. Despite the stumbles, this film gives us a lot to consider.

Movies educate us on how to watch movies that leave us with a question mark. That says is justice served not only to us. But to every breathing soul on this planet? The movie does not reflect a nationalist point of view. A person who stands with any political nationality would sympathize with the movie.

The movie did okay on the Box Office; However, The Mauritanian was a masterpiece, but not everyone has a mind to register creativity. Sensitive people can’t watch the movie; Not everyone could watch it. To sum up, I can say the movie was an anxiety-provoking masterpiece as it told us the ugly face of a so-called superpower. And how the country misused its power by various means.