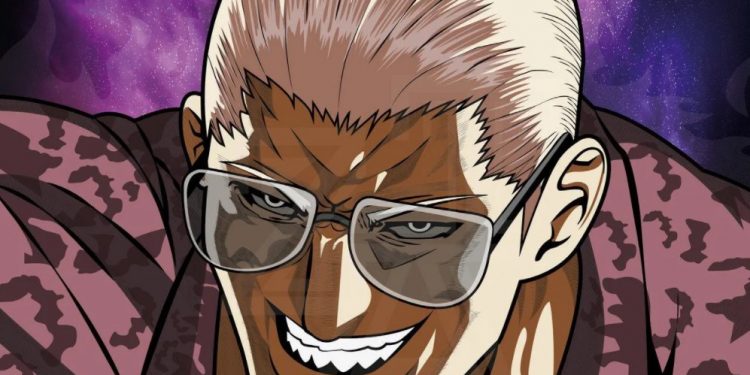 Kengan Omega Chapter 141 reveals the brawl between the Kure and Wu Clan. Fist Breaking King: Solomon Wu and The King of Brutality: Fabio Wu helps Edward Wu punish Kure Raian, who uses Removal to beat Fabio and Solomon. But Edward punished him, and The Mighty Demon Kure Erioh joins the battle to save the member of his clan. Erioh killed Solomon, and the 2v2 battle began. In the recent chapter of Kengan Omega, Kure Erioh reminds Edward that it will be two against two since a Wu Clan member has fallen.

Edward smiles and says he thought the geezer had retired. Fabio attacks Erioh, who moves back before the punch hits his face. Edward continues to smoke, and Fabio wants to avenge the death of his brother by killing Erioh. Fabio reminds Erioh to get ready to die, and Erioh replies that he is not a string chicken. Erioh thinks about the Westward Faction and realizes it is different from the Kure Clan. Fabio enters 100% and realizes that he has been waiting for the old geezer. But Erioh uses a blade to pierce Fabio’s chest.

Erioh turns around and appears behind Fabio while cutting him in half. He told Fabio that he would meet with his brother in Hell. Erioh points to Edward Wu with his blade and reminds him that his head belongs to “him.” Two members of the Wu Clan have been killed, and Edward tosses a piece of cigarette towards Erioh, who strikes him. Edward dodges that blade, but a mysterious guy arrives and blocks Erioh’s sword. He realizes that Wu Xing has joined the battle, and he forgets that Wu Xing prefers surprise attacks.

The Chapter title is ”King of Hades.” Head of Wu Clan: The Master of Phantasms-Wu Xing arrives and reveals that he will avenge the one he loved. He adds that the geezer who killed his beloved uncle Fabio Wu is dead. Edward Wu told Wu Xing to chill since it is rare to have the head of both three clans in one room simultaneously. He asks him to have a chit-chat with him before fighting each other. Edward explained his case and told Wu Xing to forget what happened and join him. But Eroih and Wu Xing didn’t hesitate to fight.

They have a three-way battle trying to take each other out, but Edward Wu sends Wun Xing flying, and Eroih survives the kick. Wu Xing wants to kill Edward and Eroih, but he decides to first kill Edward then have one-o-one with Eroih. Edward break Wu Xing’s blade, and Eroih appears behind him. But he was surprised that Wu Xing had also vanished. Wu Xing attacked from the blind spot, and Edward predicted that movie and punished Wu Xing with a massive blow. Eroih thought he would take Edward’s head, but he received a massive punch to the face that sent him flying.

Edward told the two that they are a bunch of old fashions which have not surpassed that level yet. Eroih lands on the ground and Wu Xing also land on the other side, far away from Edward Wu. The two have been brutalized without landing any clean strike. Edward Wu takes off his glass and tears his t-shirt, realizing that he has no time for unworthy opponents. He unleashed a new form called The King of Hades: Edward Wu and smiled at them with red eyes. The King of Hades told them that they were losers who failed to evolve.

Kengan Omega Chapter 141 will be released on 30 December 2021. The King of Hades: Edward Wu vs. Head of Wu Clan: The Master of Phantasms-Wu Xing and The Mighty Demon Kure Erioh continues in the next chapter. Edward has decided to finish the two once and for all since they don’t want to let bygone be bygones and leave the scene. Let’s look at Kengan Omega Chapter 141 official details.

Also Read: Will Isabella Regain Her Throne At The Demon Tribe In My Wife Is A Demon Queen Chapter 327?.

Suicide Squad: Kill the Justice League ‘Flash and Burn’: What Does the Gameplay Trailer say?