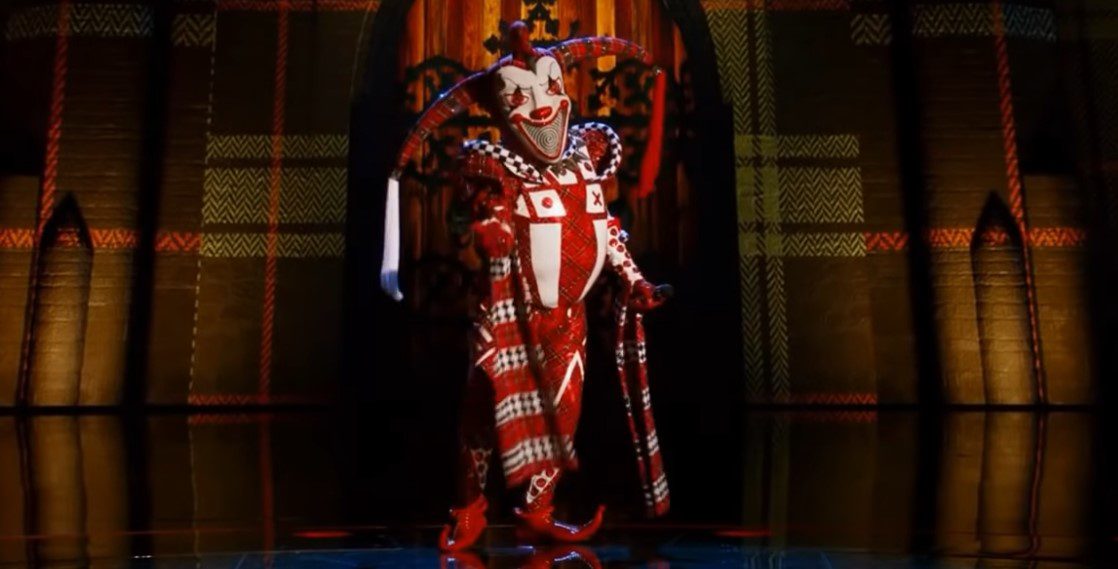 There were no more wildcards to enter the competition. Thus it was time for a special double-elimination episode of “The Masked Singer”. The remaining Group A costumes — Pepper & Bull. The Jester & Skunk — entered the stage one by one in an attempt to impress the judges and studio audience. So, what happened during the “Group A Semi-Final” episode? You’re about to find out. This is The Masked Singer season 6 episode 10 here at Otakukart.

For starters, the famous South Korean singing show series has moved to the United States, with the most recent season airing on Fox networks. Second, if you’re unfamiliar with the show, it’s essentially a singing competition in which the artist hides behind a really extravagant costume. Third, The Masked Singer will perform in front of a panel of judges who vote on whether or not the contestant should be revealed. If the contestant loses, he or she must expose themselves. If not, they continue on. Now, without any further ado, let’s begin covering this wildly entertaining topic.

The Masked Singer season 6 episode 10 will release on Wednesday, November 17, 2021, at 8:00 PM, Eastern Time, United States. Just before and with each performance, just several hints about the singing celebrity behind the costume are offered in the presentation. Which is also referred to in the show as a “clue package.” The clue package includes recorded phone calls with a celebrity’s accent that has been artificially altered. Following the singer’s performance, the judges are given plenty of time to recognize the celebrity in the background. As well as note binders when they get the clue parcels. 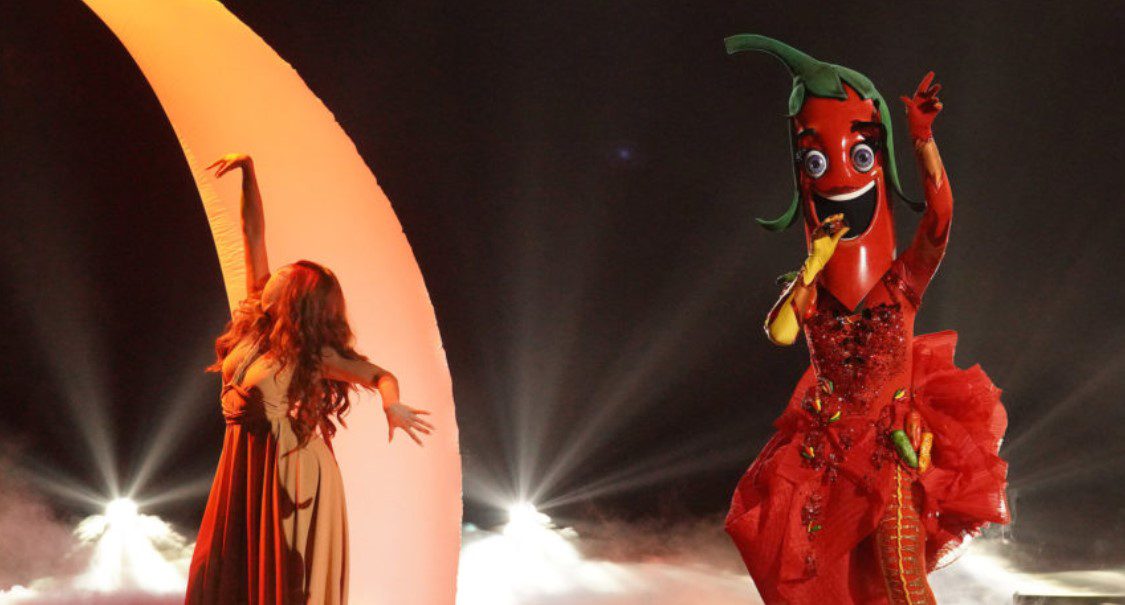 Where to watch The Masked Singer?

If you want to watch The Masked Singer, you just simply have to tune in to Fox at the airtime. Additionally, you can also watch it on the Fox Now app and website. Furthermore, there are platforms like Fubo TV, Hulu + Live TV, DirecTV, Tubi, YouTube TV, and Sling TV. Secondly, if you live in Canada, the show is available for you via CTV with your account. Lastly, if you live in the United Kingdom, you can watch it with your ITV television subscription.

Bull kicks off the Group A semi-finals. His most recent performance was very fragile. Bull had to dig deep, and he demonstrated to the panel precisely what he was capable of. He can’t believe he’s made it to the semi-finals, and the Bull is more anxious than he’s ever been in his existence or career. He’s accustomed to performing alone, but this is a whole new level of pressure for him. Bull compares himself to others to such an extent that it may be devastating. He thinks the Skunk is amazing, and he thinks the voice is someone he has heard to since he was a youngster. He’s picked a song for this round in the hopes that it would show everyone that he’s a real triple threat. Bull would be crushed if he were to be unmasked since he so strongly wants to make the Group A finals.

Tonight, Bull is performing Lady Gaga and Ariana Grande’s “Rain on Me.” This performance demonstrates not just Bull’s singing voice, but also his dance abilities. He’s done it once more! Tonight, we’ll learn how the singers are linked to the panel, so Nick will offer a hint to the panelist with whom the performance is associated. Nick takes out his blingshot and fires a hint with the word “Ring” on it towards Will. Bull claims that they have more in common than Will realizes and asks, “Does it ring a bell?” Ken believes the Bull is Emmy Award winner Billy Porter. Nicole names Usher, Jason Derulo, and Ne-Yo as vocalists.

Pepper will take the stage next with her semi-finals performance. Because she joined the tournament just a few days before it began, she had to adapt rapidly. Pepper can’t believe she’s made it all the way to the semi-finals. Her whole purpose is to discover another aspect of herself. She’d been a “nice girl” for a long time, but the Pepper brings a lot of flavor, heat, and vitality. Pepper is going to put her storytelling skills to the test tonight. So far, all of the songs she has sung have a lot of emotion in them, such as healing from suffering. The most difficult thing Pepper has gone through was seeing the unimaginable happen to the person she loves and cares about the most. She just recalls wishing for things to improve, and this song reminds her of that.

Tonight, Pepper is performing Harry Styles’ “Sign of the Times.” For this lovely, sweeping ballad, her voice takes center stage. What a strong voice! “Train,” Nick says as he shoots a blingshot hint at Ken. “Not even gravity could stop the train from coming to you,” she claims. Ken, confident in his prediction, asks the “Take it Off” buzzer! Ken is certain that the Pepper is Sara Bareilles. If Ken is accurate, he will smash the “Take it Off” bell, forcing Pepper to unmask. But is Ken correct? Pepper prepares to remove her disguise before Nick shows that Ken is mistaken! Pepper isn’t Sara Bareilles, so she’ll keep her mask on. And since Ken squandered so much time, no other panelists are allowed to guess.

The wild Jester is coming next! He thinks this program is hilarious! It’s so much fun. However, it is really challenging since it is an entirely new method of functioning. As the wildcard, Jester must seem to be some kind of scumbag who snuck in at the last minute. The other singers had all worked their way through the season, and then that Jester appears. The guy who came in from outside in the cold. The person Jester believes will get the most out of this is his wife. They’ve been together for 45 years, but her health isn’t what it used to be. But no ailment can detract from Jester’s love for her. When she sees this, she’ll be blown away, and she’ll know it’s him without a doubt.

Tonight, Jester is performing Soggy Bottom Boys’ “I Am a Man of Constant Sorrow.” This is a significant break from his previous heavy metal performance. The panelists are perplexed by the shift, but the Jester is bringing in the chuckles as he always does. Nick launches his blingshot towards Robin, with the phrase “Cake” written on it. “Hey, twisted neighbor!” says Jester. “You can have your cake and eat it!” Will mistakenly believes Jester is Joe Elliott from the band Def Leppard. Elon Musk, CEO of SpaceX, might be the culprit, according to Ken. He also suggests media mogul Simon Cowell as a possible candidate. Robin makes one last guess, Flea from Red Hot Chili Peppers. 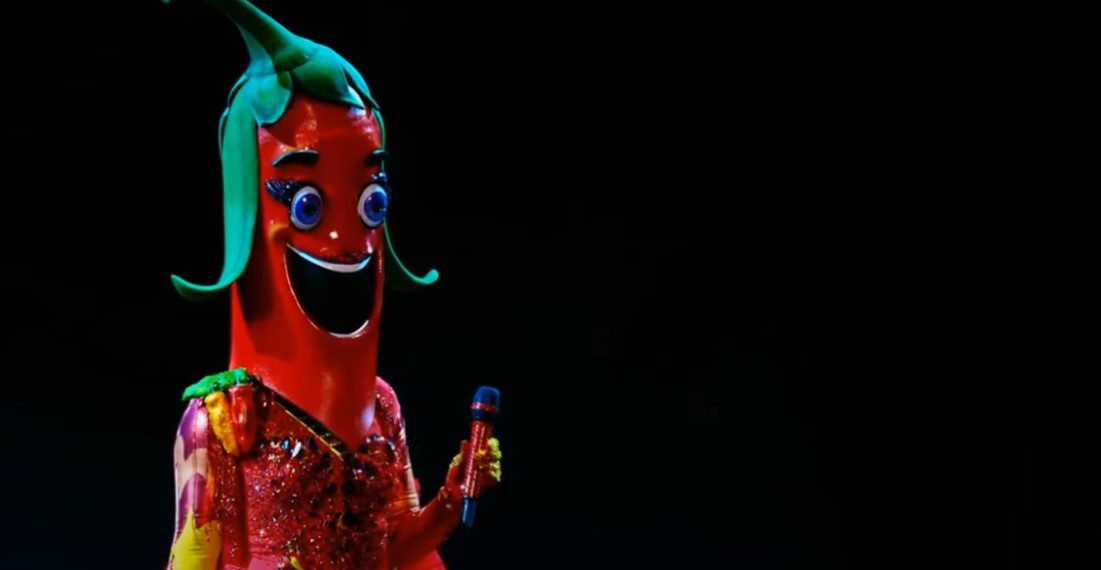 Skunk closes up the night with a performance. The semi-finals are here, and the pressure is on. Skunk’s career as a performer is being jeopardized by the strong competition. Bull, she believes, is the one to beat because he brings all the energy. It’s causing her to reconsider certain decisions. Skunk needs more passion, heart, and soul to win this! Skunk makes every song she performs hers, regardless of what the other candidates offer. Tonight, a lady who previously stated she’d want Skunk to play her in a movie is bringing out the major guns. Skunk’s most proud moment these days is that her children get to witness her perform on this platform. Their mother is still in it, and she wants to make it to the finals.

Skunk is performing Etta James’ “At Last” tonight. This Skunk can really sing! This season, she’s my particular fave. The audience is ecstatic with this performance. Ken bows to Robin who is standing on the desk. Nick shoots the blingshot at Nicole with the word “Love” before the panel makes their predictions. Skunk claims that she and Nicole have a “love connection.” Nicole thinks it’s Mary J. Blige, while Robin thinks it’s Faith Evans. Jenny believes that all signs point to Jill Scott.

The panel, studio audience, and superfans have all cast their ballots. Only two teams will make it to the Group A finals. Jester is the first singer to be exposed tonight. The panelists’ initial impression predictions will be given before the Jester takes it off. Ken’s pick is Roger Daltrey, and he’s sticking to it. Nicole first assumed it was Sammy Hagar, but she has now altered her mind and believes it is Gene Simmons. Robin first thought it was Alice Cooper, but now believes it’s Flea from Red Hot Chili Peppers. Jenny correctly identified Dee Snider and maintained her grip. Jester eventually removes his disguise, revealing himself to be the legendary rock artist Johnny Rotten, lead vocalist of The Sex Pistols! It’s time to find out who will be the second vocalist revealed tonight. Nick reassembles everyone and says that Pepper will be returning home.

That means Bull and Skunk will compete for the Group A championship in two weeks. It’s time for the panelists to estimate Pepper’s initial impressions before she takes it off. Robin thought it was Carly Rae Jepsen at first, but now he believes it’s Mandy Moore. Jenny originally picked Lana Del Rey, but she has changed her mind. Ken’s initial thought was Kesha, but he now says Pink. Nicole selected Natasha Bedingfield and intended to stay with her decision. Will makes one more guess and says, Sia. Pepper eventually removes her disguise to show Natasha Bedingfield, Grammy-nominated singer-songwriter! Nicole now has one point on the Golden Ear award board. Will she be able to maintain this momentum over the remainder of the season and take home the title this year? That’s all there is to it for tonight. The Group B semi-finals will be held the following week.