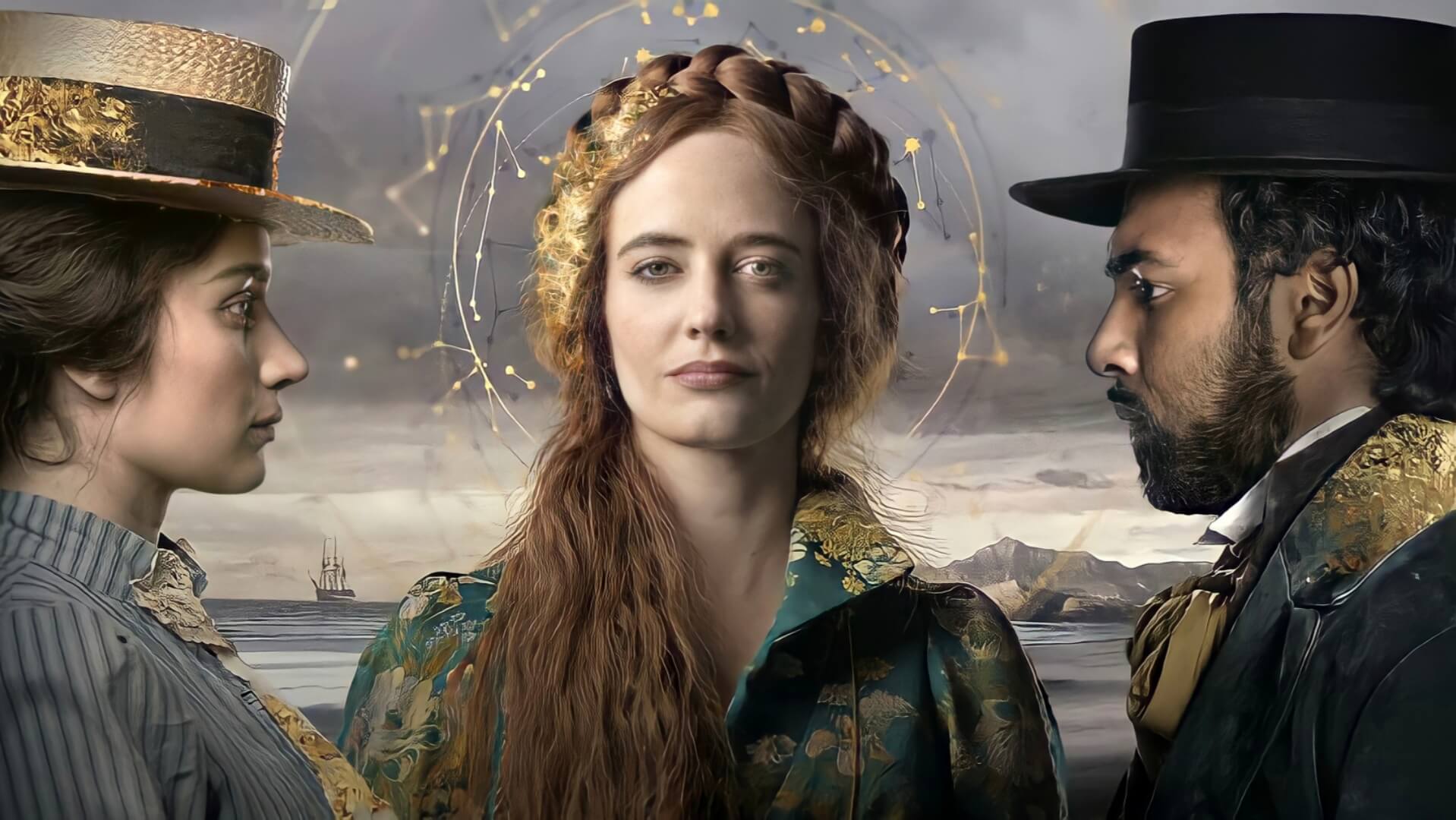 Adapted from Eleanor Catton’s 2013 novel of the same name, ‘The Luminaries’ premiered on BBC on May 17, 2020. Spanning six episodes, the British-New Zealand miniseries takes place in New Zealand at the height of the 1860s gold rush. Replete with love, deceit, murder, magic, and vengeance, the story ends with a resolution for some arcs while keeping some threads loose. The ending of ‘The Luminaries’ revolves around the trial concerning Crosbie’s murder.

After five episodes of love, vengeance, and a whole lot of deceit, the story concludes with a number of surprising revelations and developments. Anna stands trial for Crosbie’s murder after Francis planted her unconscious body near his corpse.

However, when it seems that she’ll face the brunt of the judiciary for the obvious implicating evidence, the unexpected happens. Te Rau manages to bring in an integral character back to the fold, impacting the trail significantly. Meanwhile, Anna herself manages to produce significant evidence to implicate Francis for his crimes. So what does Anna find, and who is the retuning character that changes the game at the last moments?

Let’s now delve into the exciting finale of ‘The Luminaries’ and see what all characters end up within the end. If your hasty anticipation has brought you to this article before you could finish watching the miniseries, continue at your own discretion. Serious spoilers for the ending of ‘The Luminaries’ ahead!

The Luminaries Ending: What Happens to Anna at the Trial?

Anna gets to walk free in the finality of the story with the help of Emery and her lawyer Walter Moody. The final episode of The Luminaries sees Anna produce Crosbie’s letters to Alistair Lauderback before the court. We learn that Crosbie was actually Alistair’s bastard half-brother. Despite the two never having met face to face, Crosbie routinely kept in touch through letters. The letter finds Anna in her prison cell. She wakes up to find the letters brought there by her lawyer Walter Moody. The letters reveal it all, containing Crosbie’s accounts of how he was robbed and ended up in the situation that he was.

Crosbie also mentioned how it was all thanks to Anna that he was surviving in a lakeside cabin. Anna produces the letters before the court, and it eventually becomes apparent that someone impersonated Crosbie. That someone was, of course, Francis Carver — Lydia’s lover. Carver finally admits that he impersonated Crosbie and bought Alistair’s ship Godspeed. Subsequently, Anna’s name is cleared. While Emery gives false testimony to the court to save Anna, Carver admits his guilt. In the ending of The Luminaries, Anna walks free and intends to start anew Emery after his sentence is over.

It was Frank Carver, the lover of Lydia Wells, that killed Crosbie Wells with a vial of Laudanum. After Anna produces Crosbie’s letters to Alistair, the pieces start to line up. Frank gives in and admits that he killed Crosbie Wells. Also revealing that he impersonated Wells to blackmail Alistair into handing him his ship Godspeed. He leveraged the fact that Alistair and Crosbie had never met face to face. Carver learned of this fact through those letters Crosbie sent to Alistair. Following his admission of guilt, he is sent off to prison.

The ending of The Luminaries sees Frank Carver en route to the gallows after admitting his guilt and saving Lydia. However, he is not able to make it to the prison. Te Rau Tauwhare sneaks inside the vehicle carrying Frank to the prison. Before the vehicle could make it to the destination, Te Rau kills Frank Carver in an act of vengeance for Crosbie Wells, who has become a close friend of his. Before dying, Carver manages to save Lydia from serving any sentence, however.

Lydia was an equal accomplice to Carver in their collective deceit and other crimes. It was her who procured Crosbie’s letters which helped Carver learn that Alistair and Crosbie are half-brothers who had never seen each other. Lydia was also responsible for Anna and Emery’s separation at the beginning. It was her who had sewn Crosbie’s gold into the dresses. She was also the one who stole Anna’s purse, which she later tried to use against Anna again. However, in the end, Anna takes it all up to Lydia after Carver goes to prison, and she has nothing. Anna gives her the remaining gold, a gesture that surprises a despondent Lydia. While Lydia doesn’t go to prison because Carver takes the entire fall himself, she does end up with remorseful solitude.

Does Emery Die in The Luminaries: Surprising Finale Twist Explained

After seemingly disappearing, making Anna’s innocence more difficult to prove, he returns in episode 6. It is Te Rau Tauwhare who finds Emery who comes to Anna’s aid and testifies in court. However, Emery’s testimony comes with some surprising developments. In his testimony, Emery falsely confesses to bringing a part of Lydia and Carver’s scheme. He tells the court that he was involved with the two in robbing and smuggling the gold away via Godspeed. He also claims that he stole Anna’s purse, while it was actually Lydia who did so. His testimony clears Anna’s name and begets him a nine-month-long sentence of hard labor with good behavior.

The Luminaries Ending: Do Emery and Anna End Up Together

Yes, they do. Emery and Anna do end up together at the end of The Luminaries. However, we don’t actually see them start living together. Before they can reunite and continue with their happy ending, the astral twins have to live separate lives for a while. Emery falsely testifies in court to save Anna and goes to prison. The ending of ‘The Luminaries’ sees Anna become self-reliant and start panning for gold herself while she awaits Emery to release from prison.

Will there be a Season 2 of The Luminaries — What We Know So Far.

Currently, there is no official word on whether a sequel to BBC’s miniseries The Luminaries is in the works. The novel that it adapted was a one-and-done story confined to one long book. However, the miniseries did deviate from the source material quite a bit. Additionally, ‘The Luminaries’ miniseries also left things a bit ambiguous in its ending. Some of the things still don’t quite make sense in the show.

One of these loose threads is Te Rau’s origin and nature. He seems to have some supernatural powers akin to what Emery and Anna share. It is likely that Te Rau Tauwhare’s greenstone necklace took the brunt of the bullet. However, it’s also very likely that the mysterious necklace saved him not by means of physical defense but of a magical one. It’s also ambiguous how he just appeared inside the transport vehicle to assassinate Carver at the end.

Season 2 of The Luminaries currently does not have a release date. A sequel to the miniseries isn’t likely to be in the works either. The story of the TV show does leave some things that a sequel can explore. However, for the most part, the story seems to have met its conclusion. If an update regarding the release date of a sequel ever surfaces, we’ll make sure to keep you posted!

Also Read: Will The Luminaries Get A Second Season?