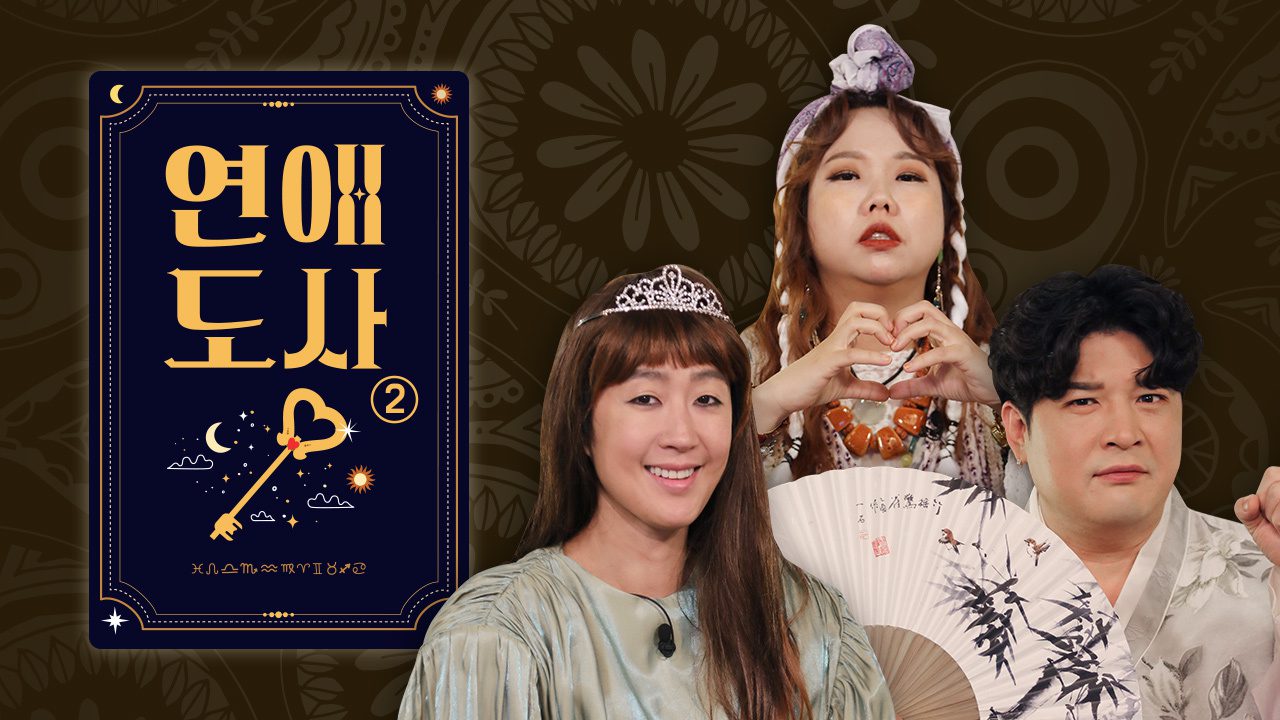 Love is a complicated thing. It makes you feel things and emotions that you weren’t even aware of the feeling. Planning to stay away from the matter of love? That ain’t easy either as you need somebody to fill the void in your life. So staying single or already thinking that you have your soulmate, the complications in life never end. And with complications comes problems and the problems need a solution. To find that solution we present you with “The Love Master”. The Korean reality show featuring the three love gurus. Hosted by the popular entertainment personality Hong Jin Kyung, Super Junior’s Shindong, and Hong Hyun Hee. The fans have been waiting for episode 3 of season 2 of “The Love Master”.

They take a look at you and the things you have to offer along with the other criteria that we will get to know further and tell you the solution to your love problems. The show offers love advice to those whose worries are killing them. The reality-based comedy show offers private counseling for your romantic relationships by our lovely hosts. With the use of various methods like tarot cards, Four Pillars of Destiny, astrology, coupling management, and a lot more. They are determined to help you at any cost. The show has the real love life genius, Hong Jin Kyeong, bewitching femme fatale, Hong Hyun Hee, and even Mr. Intuition of love, Shindong.

Episode 2 of “The Love Master Season 2” came out on August 30, 2021. The show featured two celebrity guests along giving them the solution to their problem, followed by a master date to see if the solution worked. Beginning with the episode, Hyun Hee called their first guest, signer, and actor Park Jung Min. Jung Min debuted in 2005 with the boyband SS501 and went on to make a career as an actor. As soon as the global star entered the set, the hosts started fangirling over him. As Jin Kyung told her how long they haven’t met, he reminded her of the lunch meeting they had together with the interior designer. Moving forward in the show, Jung Min reveals that he needs to get married as his parents are getting old and he is already 35.

Talking about his love life till now, he revealed that he hasn’t dated in the past 10 years and that did shock the hosts and the viewers. Talking about his past relationships, he revealed that he dated his ex-girlfriend for three years and the reason they broke up was that she felt lonely with him as he had to work a lot. Shindong tries to get Jung Min’s secrets out about his love life as if he had dated anybody nonfamous. To which he reveals that he dated a senior in high school but kept it low-key. Moving on to find a girl for Jung Min, the host trio prepares and guides him to the selected method to help him.

The Meeting With The Fortune Teller…

Jung Min is directed to the fortune teller to know more about himself and the future he is expected. Talking to the fortune teller, he tells her his birthday and other details she needs and she goes to analyze his birth chart. The analysis shows a lot of accuracy according to Jung Min. The first look he gets is there is a lot of number 9s in his chart. Clearing his doubt, the fortune teller explains that it is actually a good number and he has a pretty good fortune. Describing his state, she tells him that he is surrounded by a lake and flowers. On being asked what event he will choose, his girlfriend or his parents. He replied that he will have to choose the family event but he will take his girlfriend along with him to meet his parents.

Looking back, Jung Min tells that major events in his life happened on the 9s. For example, he made his debut at the age of 19 and his earnings were high globally at 29. According to the teller, he also has a lot of “dohwas”, considering he stans out in the entertainment field. As she asks him his ideal type, he reveals that he likes the girls with the same sense of humor as him. Along with a right mind and set of moral values. She tells him that he will meet a girl he likes soon, but he will have to lower his guard.

After getting done with his analysis session with the fortune teller, it is time for the master blind date. This was actually the first time Jung Min went on a blind date willingly, as the other two times he was forced by his family members or friends. The trio match Jung Min with a pharmacy student name Seo Yeo Won. The couple had a match of 80 out of 90, one of the highest matches ever made on the show. Getting 30 minutes to interact with his match, Jung Min enters the cafe all shy and nervous. Meeting Seo Yea Won, the date starts quite awkward as both of them had no idea what to talk about. But they start to loosen up soon.

Also Read: Roaching Is The New Dating: Latest Trends In The Dating World

Jung Min gets back after getting the drinks and they start talking. Asking each other about their likes and getting to know each other. They actually have a lot of things in common. Revealing that they used to live nearby when they were young and like funny people. As the time starts coming to an end, he takes the chance and asks her if she likes to go on drives, giving the signal that he likes her. She tells him that she does and touches her cheek subtly giving the signal that she likes him too. The next day the results are in the hands of the love gurus. As Jin Kyung passes the letter to Jung Min, he reveals that Seo Yeo Won likes him too and would like to meet again!

This episode’s mystery guest was a Korean fencing player Choi Byeon Chul. He came along with his fiance Baek Seo Young. They wanted to know more about their compatibility as the couple was getting married. Seo Young is a sports psychologist and they have been together for six years now. Talking about how they start dating, the couple met in the university when Byeon Chul was studying for his master’s and Seo Young was doing her Ph.D. In the episode, we saw them getting a compatibility test called “Four Pillar” done and playing rapid-fire round about their relationship. They talked about how they met and the things they expect after they get married. The episode ended with Byeon Chul confessing to Seo Young about how much he loves her and his love will always increase.

The couple will marry on September 1, 2021. Choi Byeon Chul took retirement from the professional competing and currently works as a trainer for aspiring fencing players. While Baek Seo Young works as a psychologist with the other athletes on the national level, helping them with the stress.

The Love Master Season 2 Episode 3 will release on September 6, 2021. The show will have 12 episodes in total out of which 2 have already been released. In the next episode, the show will feature actor and Taekwondo player Na Tae Joo. The preview of episode 3 showed Na Tae Joo meeting up with the hosts and getting into a meeting with the fortune teller. He will also reveal his dating history and how his ex-girlfriend cheated on him with somebody he knew. The new episode will also feature a mystery guest who appears after the trio finds the solve the case of Na Tae Joo. We will also witness Tae Joo going on a blind date and find out if he got the solution to his problem or not.