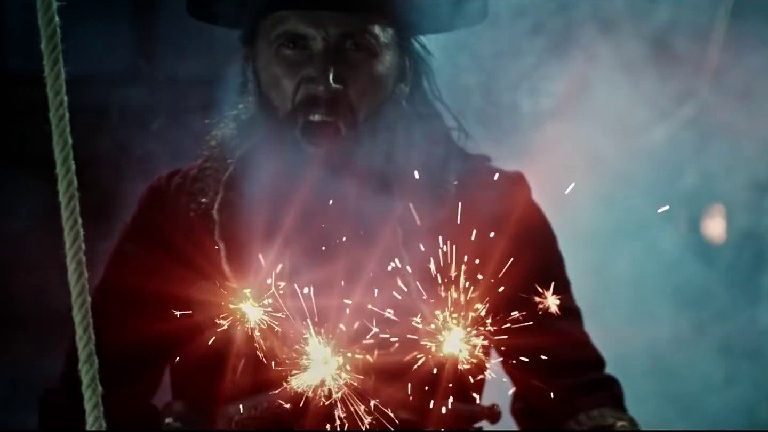 Well, we have been watching pirates in a number of entertainment mediums. Also in a range of distinct characters including the good ones and the evil ones. Each with its own goals and motives. Now it’s time we meet some real-life pirates because that’s what the new Netflix Original is about. The Lost Pirate Kingdom is the newest addition to Netflix’s Original library. A full-fledged documentary series retelling the stories of real-life pirates of the Caribbean. The documentary comes from the production between World Media Rights and ZDF Enterprises. Consisting of a total of six episodes, it will be completely based on facts and true stories.

Netflix’s The Lost Pirate Kingdom will take us on a journey of the lives of different pirates from the past. The humongous sea battles, the search for treasure, and much more will come to life in the latest Netflix factual docu-series. So, here we are taking a look at everything we know about The Lost Pirate Kingdom and what we can expect from it.

Read More: Will There Be A Moxie 2 On Netflix?

The Lost Pirate Kingdom releasing on the 15th of March 2021. It will be available to stream on Netflix around the world exclusively. As mentioned above, the series consists of a total of six episodes. The series is mentioning it as the very first season. This could be mean there will be more season coming once the first one airs.

Starting from the Pirates Of the Caribbean and stories of real live pirates like Blackbeard and Henry Jennings. The series may focus on each story in every episode and how it builds up the golden age of Pirates. A production technique called Hyper Dynamic Animation is used to create the series. The technique allowed the studios to recreate the pirate republic of Nassau. Much like how it was in 1715 with 4K back projection with live-action being at the forefront.

Read More: Netflix’s Lupin Part 2: What We Know So Far

The Plot And Trailer For Netflix’s The Lost Pirate Kingdom

The official synopsis by Netflix for The Lost Pirate Kingdom states that the stories of real-life pirates of the Caribbean will be told. The Pirates who stole from riches to form an egalitarian republic will be seen in the all-new Netflix Original docu-series. It is a historical tale set after the 12-year war between England and Spain.

Diving deep, the series is basically about the stories of British Privateers who went out of work as freelance Naval force after the war with Spain. So they turn to stealing and robbing and retrieve treasure from the Spanish resulting to be banned by their own crown. So these British Privateers leave and form their own world’s first fully democratic republic in the Bahamas. They free the enslaved and gave them equal and full voting rights as well.

The Golden Age Of Pirates will be reenacted like never before. Also, the stories of a number of pirate legends will be explored. As mentioned above, these include pirates like Blackbeard, Henry Jennings, Benjamin Hornigold, Henry Vane, and a female pirate Anne Bonny. The Official Trailer of Netflix’s The Lost Pirate Kingdom showcased a beautiful reenacted of the era. The animation was quite at its top game. Plus, the introductions of Blackbeard and Anne Bonny were quite impactful as well. You can check out the official trailer for Netflix’s The Lost Pirate Kingdom below.

Read More: Netflix’s Between Season 3: Everything You Need To Know

The Cast Of The Lost Pirate Kingdom

For further consecutive episodes, there are more names to be added. They include Moneer Elmasseek playing the role of  Thomas Barrow, Kevin Howarth playing Woodes Rogers, Sinead MacInnes as Mary Hallet, Robert Ryan as Dr. John Howell, and finally Mia Tomlinson as Anne Bonny. The reenactments for the series will be performed by Phill Webster, Sam Callis, Mark Gillis, Evan Milton, Jack Waldouck, and George Watkins.