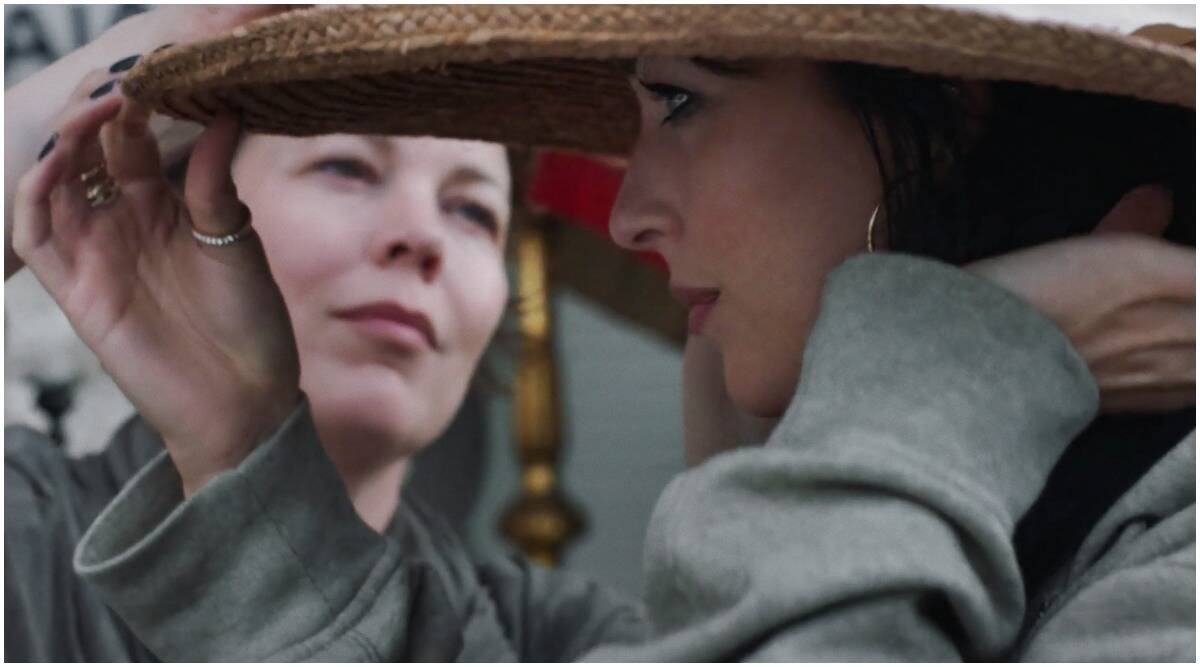 The new year blockbuster “The Lost daughter “is quite a discussion for the audience now and then. Netflix released “The Lost Daughter “this new year’s eve, and not soon enough, the movie is everyone’s choice. The Lost Daughter is a phycological drama directed and scripted by Maggie Gyllenhaal. The movie is based on the novel by Elena Ferrante b the same name. And the lead character is the mother Leda which is inspired by the Greek mythology Leda and The Swan written by W.B. Yeats. It addresses the incomprehensible, common, infuriating task of keeping both yourself and the kid inside you alive.

The Lost Daughter was released in September 2021 on its world premiere at the 78th Venice International Film Festival. The movie has won the best screenplay award at the Golden Osella Awards. The movie is a phenomenal script and acted with great ferocity by Olivia Colman and Jessie Buckley. But the end of the movie is deeply fuzzy, a brawl between neither avenging nor preferring its character’s behavior. Understanding and supposing the end in a different way is totally acceptable as the movie ends on a confusing note. So let’s see what could be the best explanation of the end of The Lost daughter could be. 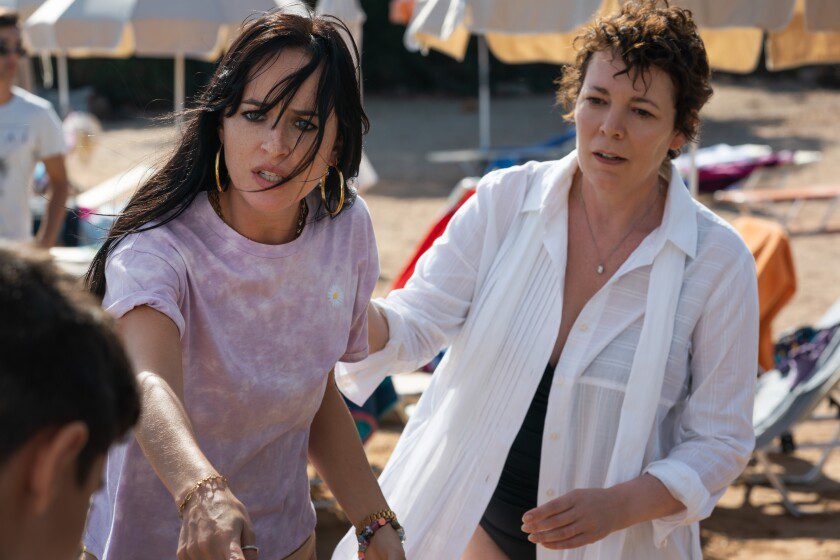 The movie starts with Leda Caruso, aka Olivia Colman walking on a beach with an open wound and collapsing as she reaches the water. As the scene ends, we can see professor Leda on vacation around the Greek islands. She is staying next to the lighthouse with a private beach all to herself. The fruits in her room are rotting, and she is totally unbothered about them. The peace is tethered as a chaotic greek family enters the beach along with their screaming children. While Leda is on the beach, she meets a middle-aged woman Nina aka Dakota Johnson. Seeing Nina with her kids reminds Leda of her kids, and she boasted the burden in front of the family. The vibe is cooled down as Nina approaches for a friendship, and Leda accepts it.

Leda is anyway surprised to see Nina’s cold behavior with her husband and kids. All this makes Leda nostalgic, but the actual truth of her past life is still unknown. Just after some time, Nina’s daughter went missing on the beach, and the whole beach went on a search. Leda somehow found her and returned her home safely. Leda took the girl’s favorite doll and made her really sad. The whole family started putting up flyers trying to make little Elena happy. However, flashbacks reveal another story of young Leda having the same doll for playing with. Leda reminds her issues of having two babies and dealing with them after encountering the young girl and how she distanced herself from them. Later on, Leda was conscious that Lyle, aka Ed Harris, would rat her out after their dinner.

Leda’s hotel caretaker found ut that Leda had Elena’s doll, but he didn’t tell Nina about it. Leda somehow discovers that Nina is having an affair with Will, aka Paul Mescal, just because her husband is very controlling. Leda is liking her relation with Nina and offers her a hatpin to hold her sunhat. Finally, on asking, Leda revealed about her daughters and family. She abandoned her daughters and left them with her ex-husband. She was having an affair with her college professor, Peter Sarsgaard. Nina later realizes that Leda knows about her, and Will and Will later asks her for her apartment keys for having sex with Nina.

What Happens At The End Of The Lost Daughter?

Leda returned the doll to Nina, which she didn’t take nicely, and stabbed Leda with the hatpin. The enormous pain of the stab wound makes her drive off the road, and she collapses on the beach’s shoreline. Leda gains consciousness the next morning when she calls Bianca, who is currently with Martha. The two girls are happy to hear from their birth mother, whom they’ve been finding since she left. Leda says she is alive and starts peeling an orange which is mysteriously in her hand, just like she had done for her little daughters when they were kids. 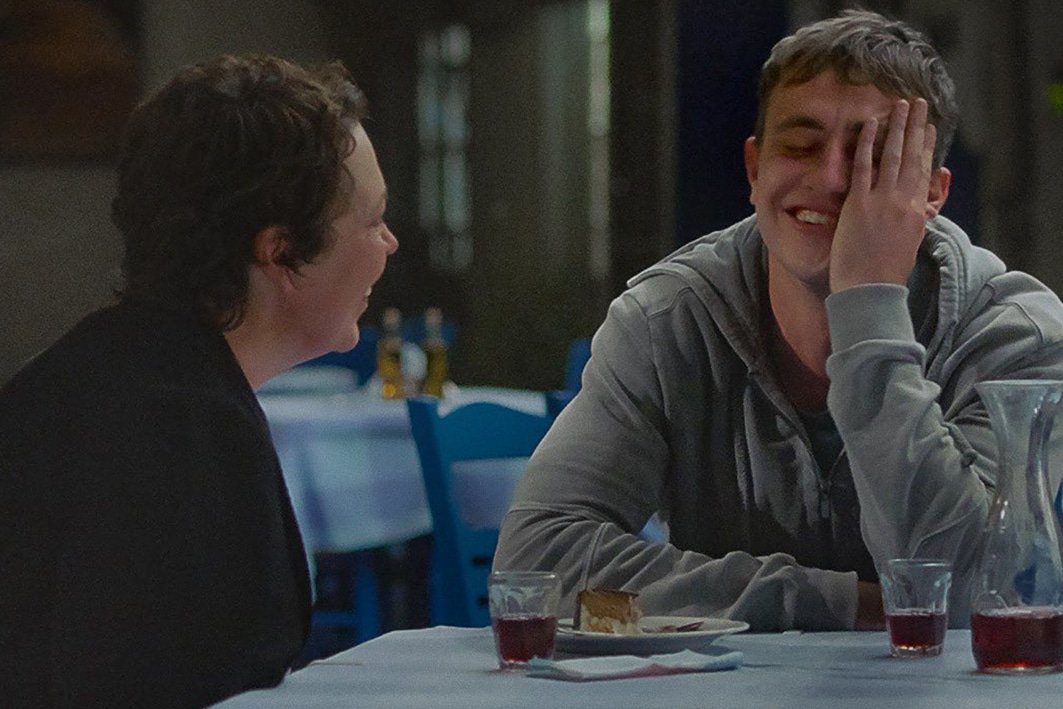 The ending of The Lost daughter takes us to the opening scene of the movie, where Leda is unconscious on a beach. After Nina Stabs lead, she goes on the beach and stumbles unconscious. The next morning she wakes up to the crashing waves and notices the bleeding wound. Leda receives a phone call from her two daughters, who are pleased to know that she is fine and alive. The daughters tell her that they were worried and thought Leda died. On this, Leda touches her wound and says, “No, I’m alive actually.” The scene takes a totally different turn when she notices an orange in her hand. Leda starts peeling the orange just like a snake reminding the way she did with her little daughters while singing, “Peel it like a snake, don’t let it break.”

Does Leda Die At the End?

It is quite unsure that is Leda dead or not. The movie ends with a dream-like scene where Leda suddenly has an orange and her phone in her hand. If we recall, Leda left her car without anything with her after being stabbed by Nina. The scene totally embarks that Leda dies due to the huge loss of blood from the stab wound. But the way she says I’m alive is quite controversial. It is, however, quite acceptable to imagine that she said I’m alive is a sign of Leda forgiving herself for not being a good mother. And if we go the other way round, this can be taken her being ready for accepting her children and start her maternal life the way she should have.

Also Read: The Lost Daughter Trailer: What is the Movie About?