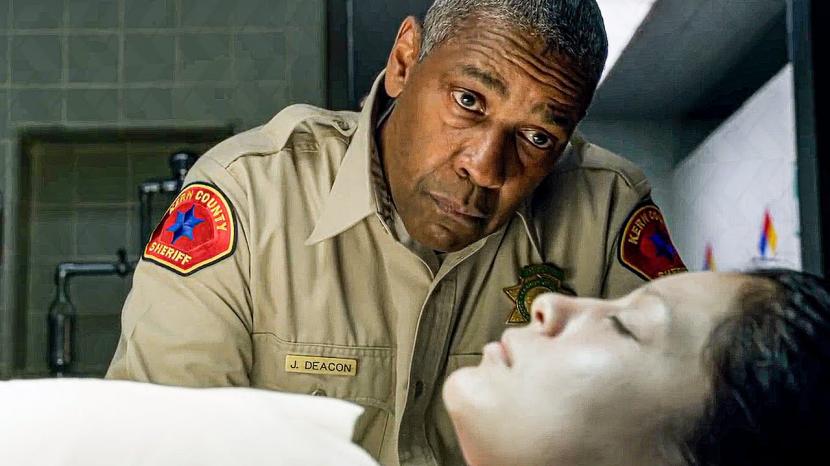 The Little Things is the 2021 neo-noir crime thriller starring acting heavyweights like Rami Malek and Jared Leto. And, Denzel Washington! It is directed and written by John Lee Hancock. The film follows two Los Angeles detectives who are investigating a series of murders. Deputy sheriff Deke teams up with Sgt. Jim Baxter to track down the serial killer. However, their investigations are affected as Deke’s dark past keeps unraveling. The film shows how they keep up with the leads as their efforts are jeopardized and their lives threatened. The cast also includes Chris Bauer, Michael Hyatt Terry Kinney, and Natalie Morales.

The film simultaneously hit theatres and the digital streaming on January 29, 2021. This Warner. Bros Pictures flick has received generally mixed reviews. Denzel and Rami give solid performances with the former providing the most justification to watch the movie. Rami is commendable too. Jared’s performance conveys the creepy factor very effectively. This is not surprising, since he seems to have a knack for playing these creepy guys of late. One bit of contention that I have with his performance though, is that it is a bit too exaggerated at times. But it was good enough to have him bag a Golden Globes and Screen Actors Guild Award nomination. A neo-noir crime thriller with Oscar winners in the main lead makes the prospect all the more scintillating. But does it live up to the hype and expectations? More on that after then plot details. 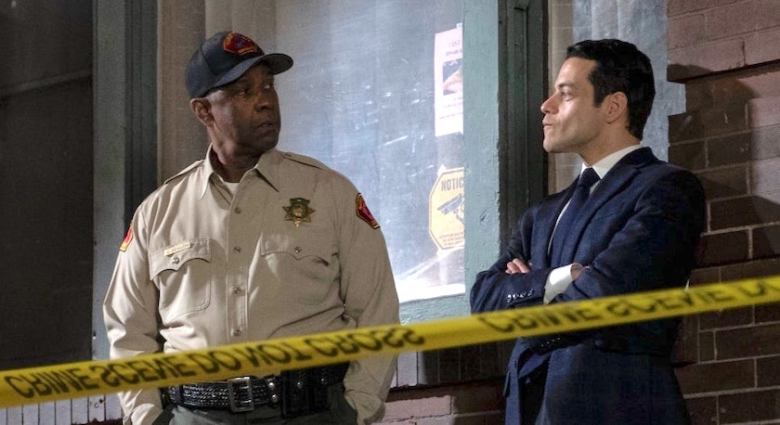 The film kicks off with a girl getting stalked by a motorist as she drives away on a highway. She later stops at a gas station to seek help but the stalker is still not off the trial. There, she discovers that the gas station is closed. At the seemingly dead-end, she makes a run for the desert. She runs for a while before she spots a passing truck driver. She eventually gets on the truck and escapes the chasing stalker.

Jump forward, in Bakersfield, we meet Deke (Denzel Washington). He is the deputy sheriff of Kern county. He is called to the Los Angeles County Sheriff’s Department to gather evidence related to a recent murder. Joe “Deke” Deacon is a former disgraced L.A. Sheriff’s detective. He is to accompany the new detective Jimmy Baxter in a murder case. Jimmy is the newly appointed lead detective in the murder case in L.A. The two join teams and start working on the case. Soon, Deke notices that this new murder case shares disturbing similarities with an old serial murder case he couldn’t resolve back in the day.

On the same night, a woman named Ronda Rathburn is stalked by a car while on a jog and is reported missing the next morning. Meanwhile, Baxter talks to Farris, the precinct’s captain. Farris tells Baxter about Joe Deacon’s past. He tells him how Deke was highly obsessed with the unsolved serial murder case. Also, how he got so intertwined with the case which resulted in his divorce and a heart attack. Farris then advises Baxter to not work with Deke any further. However, Deke is indulged in the new case after discovering the similarities with the unsolved case of the past.

Following up on Sparma

The following night, the police discover yet another victim’s corpse washed up underneath a bridge. Baxter notices that the modus operandi of all these recent murders have been the same. All the murder victims were prostitutes that were stabbed to death. Meanwhile, Deke starts investigating a suspect named Albert Sparma. He works at a repair shop in the vicinity of where the murders took place. Deke then brings Sparma in for the questioning. Sparma is a very suspicious and creepy-looking guy, who seems to enjoy taunting the detectives. During the questioning, Sparma taunts them and then provokes Deacon. He is then let go after Deke gets into an angry fit, provoked by him. 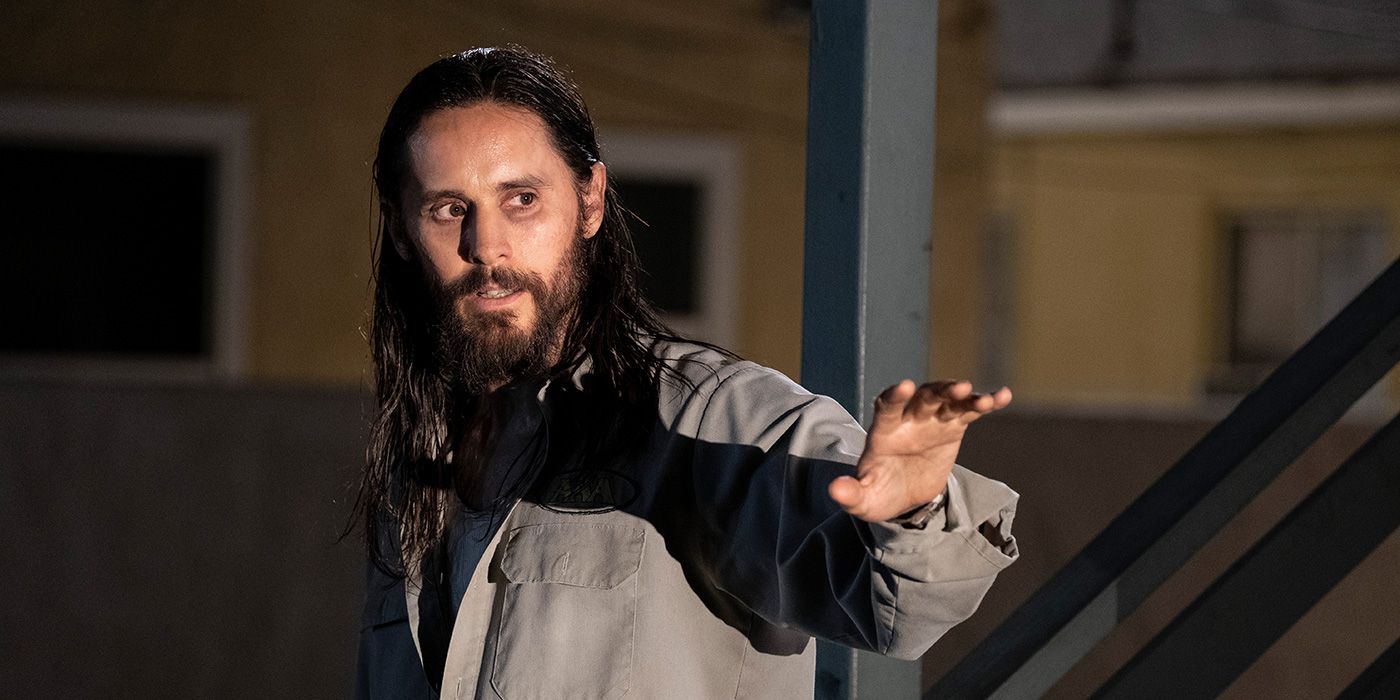 Baxter and Deacon face another challenge when they learn that the FBI will be taking the case into their hands within a week. Baxter further learns from Farris that Sparma had confessed to a murder before, about 8 years ago. But he was let go because he was 10 miles away at the time of the crime. The police ruled him out, deeming it a fake confession. Another reason for him being ruled out was, according to Farris, that he’s obsessed with murder. This makes him unreliable and his confessions nothing more than crazy talk. Afterward, Deacon and Baxter decide to conduct an illegal search at Sparma’s house. During their search, a police radio goes off and he hears Sparma calling in an “officer down”. Deke escapes and the police arrive, while Baxter remains and observes Sparma watching the whole spiel going down.

Confrontation, mistake, and a twist ending

After the failure of their search at his apartment, the two detectives follow Sparma to a strip club. There, Baxter confronts Sparma alone and asks him about Rathbun’s location. Sparma agrees to drive him to the location where he hid her dead body. Baxter reluctantly agrees, while being very cautious, with Deacon following them. Upon reaching the location, Sparma tells Baxter to dig a few holes. But soon enough, he admits that he never killed anyone, but Baxter isn’t convinced. Sparma starts taunting him, making Baxter snap. He hits Sparma with the shovel, which kills him.

Deacon arrives at the location and finds Sparma has been killed by Bacter. That’s when we learn through a flashback of what happened with Deke’s case in the past. We see how he accidentally shot a survivor of that murder case. It was eventually covered up with the help of Farris and Dunigan. Deacon then advises Baxter to bury Sparma there while he goes back to his apartment to collect things. He returns to the desert and finds that Baxter hasn’t buried Sparma yet and is still searching for the dead body. Baxter is determined to find incriminating evidence against Sparma to achieve closure and overcome his guilt.

Deacon tells Baxter to forget about the case, since it will only haunt him forever, similar to how he is haunted himself. Afterward, Baxter receives an envelope from Deacon. In it, he finds a red barrette that is like the one Ronda Rathbun was wearing when she went missing. The film ends with Deacon burning the things he collected from Sparma’s apartment. He is also holding a brand new pack of barrettes which is missing a red one. We understand that the red barrette he sent to Baxter wasn’t collected from Sparma’s apartment.

The Little Things does little right

There are a couple of little things The Little Things does right, while a shoddy job at others. One of the things it does a great job at is the cinematography. The L.A locales and topography are beautifully captured. The dark and brooding climate of the film competently conveys the neo-noir scenes and lightning. It is also accompanied by a great complementing score by Thomas Newman. Other than that, though, the film lacks several aspects that hold it from being a great flick. Despite having three Oscar winners in the lead, except Denzel, the other two don’t quite seem to bring their A-game. Denzel’s grounded performance makes the film believable.

Also, the plot of the movie is much too familiar and overdone at this point. We’ve watched this movie so many times before. Detectives solving a case while contending with their past mistakes. One of the reasons it feels a bit dated might also be that its script was written about 25 years ago. And it definitely shows. The similarities it bears with crime thrillers like Seven and Zodiac doesn’t do it any favors either. The denouement is uncannily similar to that of Seven and contains the same kind of ambiguity. With the character study of the leads Deacon and then Baxter, it fails to have any significant depth. To conclude, I’d say that the film, despite its flaws, makes for a crime thriller that’s good for a one-time watch. 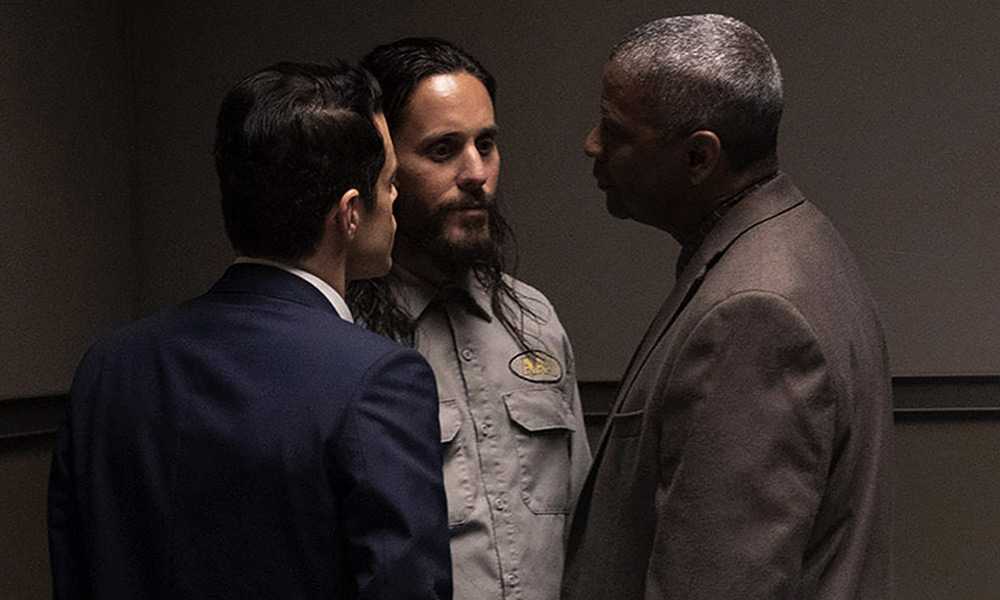 The Little Things is currently streaming on HBO Max.