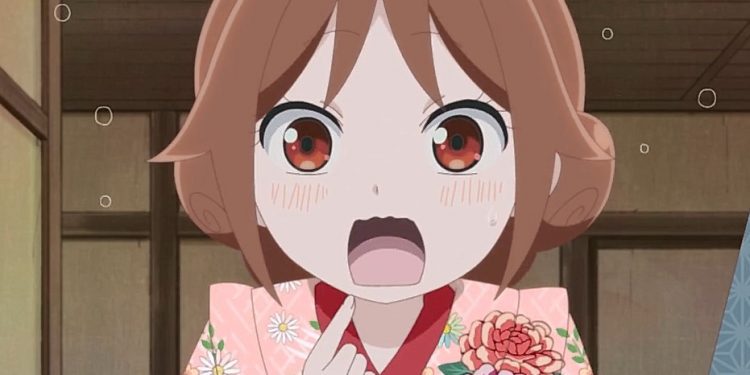 Taisho Otome Fairy Tale Episode 10 reveals Tamahiko’s family visiting the mountains to see how Tamahiko is doing. Kotori and Shiratori arrive in the mountains, and Yuzu is surprised to know that the two are twins. Kotori reveals that she needs to learn something from Yuzu. Yuzu realizes that she is not that good at education since she is an average girl and wonders what she will teach Kotori. In Taisho Otome Fairy Tale’s latest episode, Kotori reveals that she wants to learn how to love from Yuzu.

Yuzu welcomes them in, and Kotori decided to explain in full detail. She reveals that she is writing a girl’s magazine and needs some ideas from Yuzu. Yuzu also talks about the book that she enjoys reading and how it motivates her and advice. Katori reveals that she writes songs that inspire young women to love and solve love problems. But she is worried that she doesn’t know much about love, and Yuzu can teach her that since she has been living with Tamahiko for almost a year and she showers Tamahiko with true love.

Katori reveals that she heard about the two from Shiratori and decided to meet them. She adds that Shiratori told her that Yuzu and Tamahiko are madly in love. Tamahiko wonders what more Shiratori told Katori. Shiratori wants to write a love song about Yuzu and Tamahiko, and it will help many young ladies since their love is pure. She thinks that the song’s name will be Kotori Shiratori, and she can transform that into a song. Tamahiko is interested in that since he would love to see everyone happy. Yuzu reveals that she loves to sing.

Yuzu decided to show Shiratori her room since they would be staying for a few days. Kotori reveals that she will stay around until she finishes writing her song. She realizes that the moment she saw Yuzu and Tamahiko talking gave her some ideas, and she wrote them down as part of her song. Shiratori reveals that he was accompanying Kotori and decided to go home. Katori wonders why Shiratori always leaves in the middle of something. Kotori starts writing down everything that Yuzu and Tamiko do.

Yuzu feels embarrassed since even when brushing Tamiko’s hair or helping him dress, Kotori writes that down. They decided to have lunch together, and Tamahiko and Yuzu get fed up that Katori is even writing that down. Ryou and Tamahiko’s students arrive, and Ryou reveals that she has brought something for the two. The kids were surprised to see that Kotori had visited the village. Tamahiko thought he would begin with the studies, but he found the kids playing with Kotori. He told the kids that they would have a special lesson with Kotori for a day.

The kids got excited hearing that, and Kotori decided to teach them how to sing. They sang a song called Redbird, Little Bird. Tamahiko was surprised that Yuzu knew that song and sang with everyone. Ryou also joins them, and Tamahiko realizes that he is the only one not singing. Tamahiko recalls the past when he attended the noble school with Haruka and realizes that he had touched life since others made fun of him. The bullies used to get his school stuff and also did their homework. Yuzu reveals what she feels about Tamahiko. The Legendary Singer Arrives In Episode 10 of Taisho Otome Fairy Tale

Taisho Otome Fairy Tale Episode 10 will be on 11 December 2021. Yuzu told Kotori that she would help her write the love song since she has many things that she wants to express through love songs, and it will be special for Tamahiko. They talked about Haruko and wondered why he is no longer interested in love music, but they will help him. Let’s look at Taisho Otome Fairy Tale Episode 10 official details.

Also Read: Will The Makers Reach Their Labyrinth’s Destination In Episode 10 of SAKUGAN?.