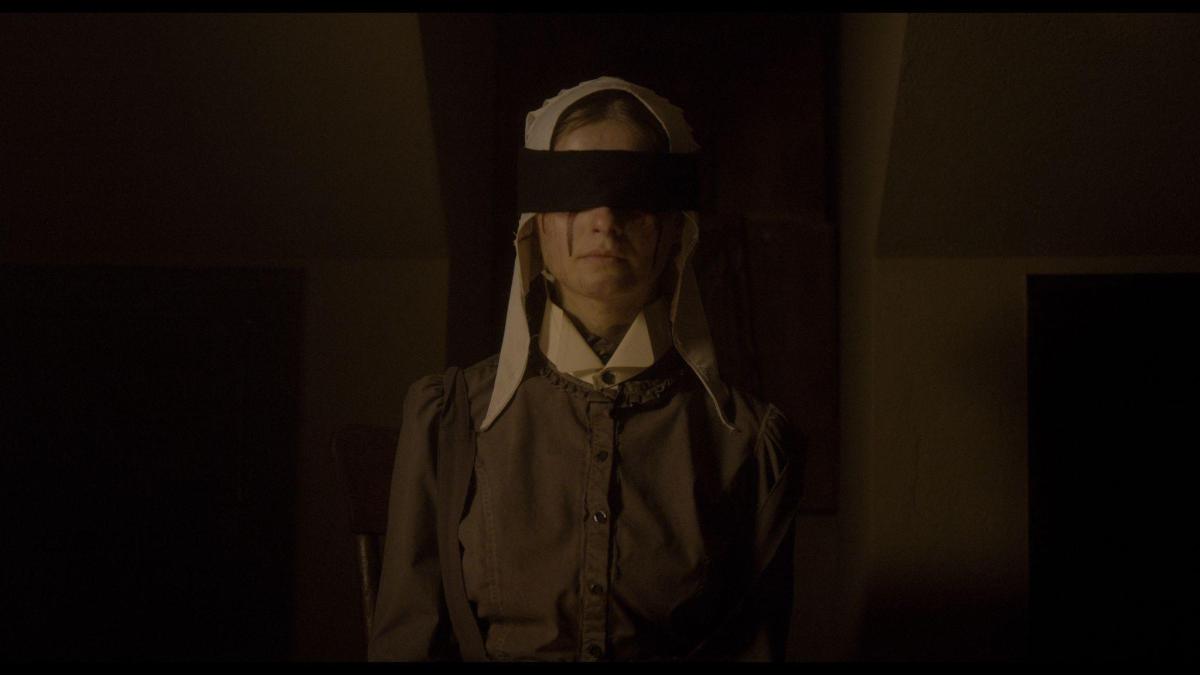 The Last Thing Mary Saw was released on January 20th, 2022. It soon became very popular as more and more people watched the horror film written and directed by Edoardo Vitaletti. The film received both positive and negative reviews from critics and viewers alike. The Last Thing Mary Saw is known for its horror and harrowing take on religious oppression, which leaves viewers with a sense of dread. The movie is no different from the others in the period occult horror genre and makes you feel just as frightened as any other good movie from that genre.

However, the movie did leave some of its viewers a little confused. Hence, we have here The Last Thing Mary Saw Ending Explained.  The movie premiered on Shudder, which continues to start off 2022 strong. This latest original film of theirs was a festival favorite last year. It is a 19th century period piece, which is an especially haunting tale of occult horror. 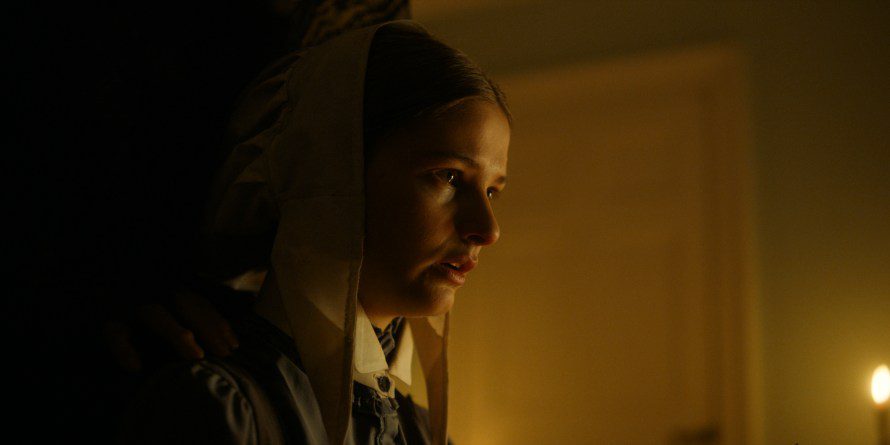 The Last Thing Mary Saw’s storyline revolves around a young woman named Mary, played by Stephanie Scott, in the winter of 1843. She is under investigation after the mysterious death of her family’s matriarch. Light is shed on the ageless forces behind the tragedy from her recollection of the events. The movie has one of the most inventive dinner poisoning scenes ever. Mary and Eleanor, played by Isabelle Fuhrman, their family’s maid, fall in love with each other. They then face brutal punishments from Mary’s family, who believe the Bible is the law. Those who the family deems different, or who they think are straying from a righteous and Christian path, are considered outcasts and are met with severe consequences.

Mary’s family follows Calvinism. The film occurs just before the Industrial Revolution was in full swing in 1853 in Household, New York. Everything at this period was older and stricter. Her family uses the Bible as an excuse to dole out awful punishments to “sinners”. We see Mary reading from a non-religious book, after which we are shown that in the present, the book is dirty and soiled and is being examined by a sheriff and deputy. Meanwhile, Mary is facing a trial of men while being blindfolded and bleeding from her eyes. She will be shot by two men pointing rifles at her if she fails to recite the Lord’s prayer as asked. They are certain that she is evil. Mary, however, insists on telling her story despite her dire circumstances.

Mary’s biggest “sin” is her attraction to Eleanor. When they are caught, they are made to kneel on grains of rice for hours or worse. Most of the punishments are overseen by the sinister matriarch, played by Judith Roberts. Once, when she catches Mary and Eleanor together, she strips Eleanor of her voice. Theodore, the guard, is also an outcast, as he refuses to conform to the family’s rigid ways. In an attempt to leave, he was prevented from being beaten and bruising his legs. He also comes up with a plan to poison the family so that they can attain freedom. Then comes a frightening intruder, played by Rory Culkin. He is wearing black, and half of his face is covered as well, which conceals a hideous red mark, which later he reveals to Eleanor.

He tells her that his mother took him to a number of doctors, and one of them told her that it was from a “monstrous birth”. Just as the doctor suggested that she kill him, he stabbed his mother and threatened the doctor. Even though he is an outcast as well, there is nothing good or sympathetic about his character. He is, in fact, evil, a fact which is confirmed when he sexually assaults Eleanor and later seeks revenge by shooting her because she fought back. 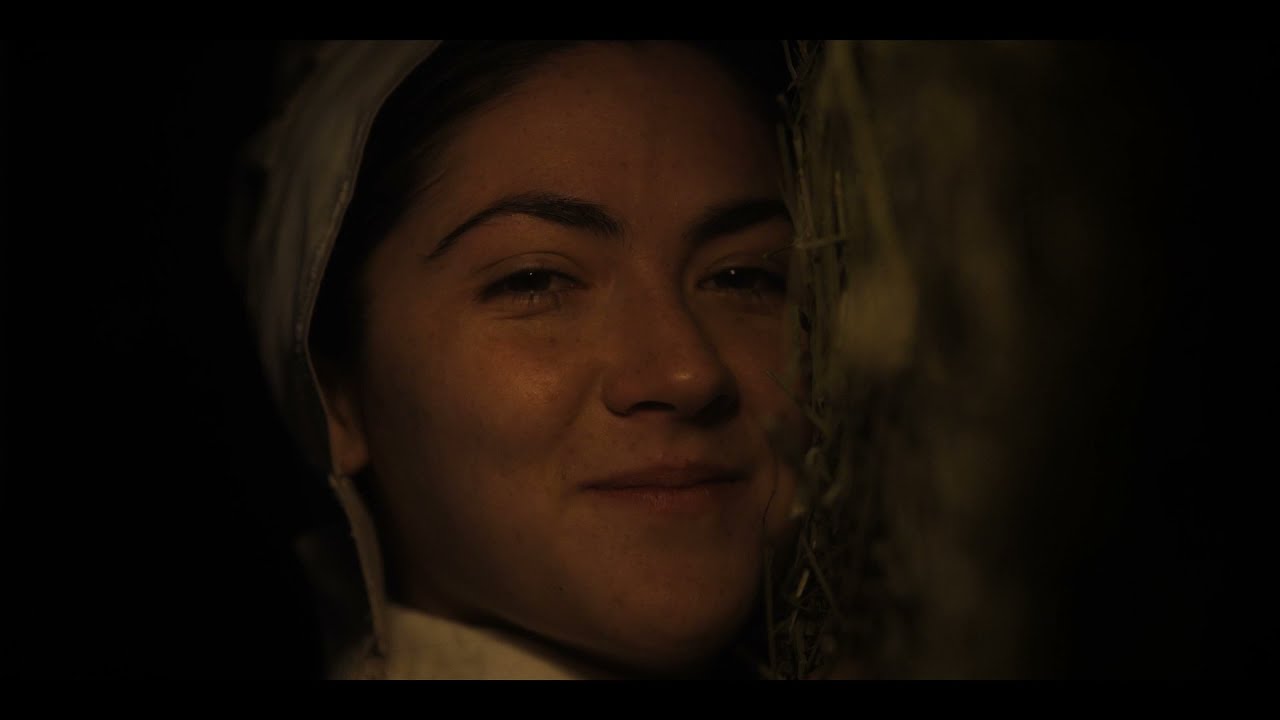 At the ending of the movie, it appears that the matriarch has some connection to the intruder. Though this is not made fully clear, it is shown when the intruder tells Mary that it was the matriarch’s voice that he heard, calling him to the house. After Mary and Eleanor poison her, she comes back to life when the intruder arrives. She definitively has a connection to the occult as well. She seems to have supernatural or witch-like powers, as is shown when she takes away Eleanor’s voice, which is later confirmed when she comes back to life after being poisoned. The matriarch seems to be able to channel whatever force it is that haunts the family. The book shown at the beginning of the movie seems to be of supernatural origin as well. It seems to predict the events that took place throughout the movie.

Mary and Eleanor read the book to each other often. Mary’s father later admits that he brought the book into the house even after knowing it would cause evil and horror. The most recurrent chapter, “The Lady Of Bethabara”, tells the story of a noblewoman who falls in love with her female servant, and the pair face severe and swift punishment when they are caught by an old lady. This is exactly what happened with Mary and Eleanor. In the end, it seems as though the matriarch transferred her powers to Mary somehow when we see Mary’s finger turn black like hers, though this is not explored. The matriarch does not use her powers for good, she blinds Mary, takes Eleanor’s voice, and is the family’s brute enforcer. If the power has in fact, been transferred to Mary, we hope she uses it as a force of good.

Also Read: When will Snowpiercer Season 3 release in U.S., U.K. and Australia?