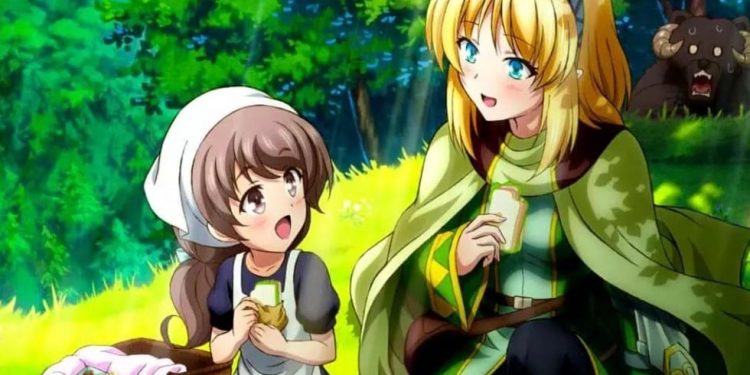 In the Land of Leadale Episode 2

In the Land of Leadale Episode 2 reveals a strange blond girl who woke up after an accident. A strange blond hair girl woke up in the morning after the maid reminded her to wake up. The lady was surprised to wake up inside that house and wondered what was happening since she was hospitalized last night. She sits on the bed and wonders why her legs are moving since she was injured. The maid wonders if she is okay. In the recent episode of In the Land of Leadale, the blond girl admits that she is okay, but her magical thing appears when she extends her hand.

The girl was surprised and wondered if she woke up in another world. She took the mirror and found that she resembled an avatar she created in Leadale. The girl wonders if she is inside the game world. But she decided to have breakfast since she was hungry. She arrives at the living, but it is like a cafe, and the chubby lady helps her with food. The girl wonders why people around her treat her with respect and address her as a miss.

She realizes that she can’t remember the last time she ate food since it seems like she woke up after thousands of years of deep slumber. The girl praises the food, and the cook asks her what kind of food she has been eating, and she explains. The cook told her not to play with food since she wouldn’t have a good life. After breakfast, the girl realizes that the place looks familiar. She thinks about the inn in the village on the border of the White Kingdom of Felstes.

Previously on In the Land of Leadale Episode 1

The cook asks the girl if something is bothering her, and the girl reveals that the last time she came to that place was lively than now. The cook reveals that it was two hundred years ago, and the girl wonders if she has been sleeping for two hundred years. She also talked about the Kingdom of Felskeilo that was established. The blond girl wonders if someone merged the White Kingdom and the Green Kingdom to create the Kingdom of Felskeilo. She wonders if she is inside the Leadale that she played.

The cook asks the girl if she knows about Felskeilo, but she realizes it will be strange if she says no. She told the cook that she was away for some time and had recently returned. The cook talked about the war between seven nations, and that war made God choose leaders among the people. The leaders have been working hard and taking care of their people. After two hundred years of playing that game, the blond girl realizes that that seven-nation was how the world was laid out in Leadale, and she is living in that world.

The cook wonders if the girl visited the place a long time ago. She told her that it happened once, and the cook noticed that she had elf years and told her that elves have a long life span. The cook reveals that she is Marelle and the little one is Lyt. The blond girl told them to call her Cayna. Cayna asks Marrelle to stay in the inn and give her the payment. Marelle told her not to show such an amount since ten coins were enough for her to stay.

In the Land of Leadale Episode 2 Release Date

In the Land of Leadale Episode 2 will be released on 12 January 2022. Cayna realizes that many things have changed after two hundred years. She learns to live in the other works with Marelle and Lyt. Cayna met with the speaking gate, talked about her tasks, and returned to the inn. Marelle introduces her to the others. Let’s look at In the Land of Leadale Episode 2 official details.

Watch In the Land of Leadale Episode 2 Online – Streaming Details

Tags: In the Land of Leadale
ShareTweetShareSharePinSend
Previous Post