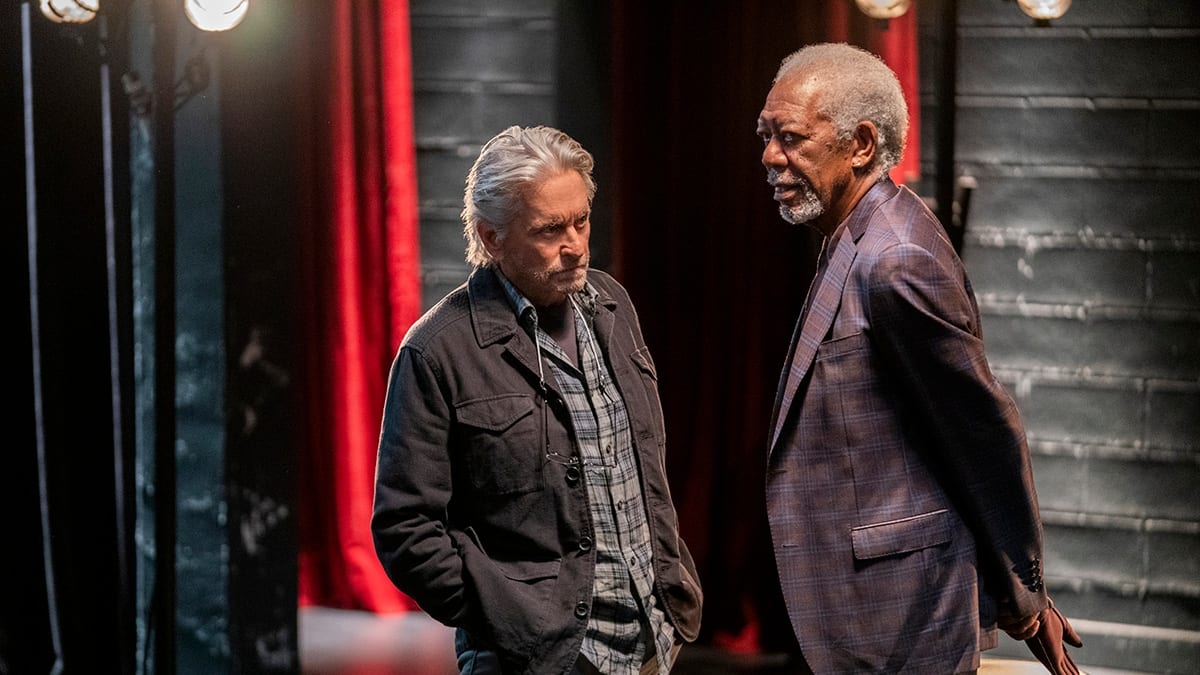 Get ready as Netflix’s original series The Kominsky Method is all set to draw the final curtain, and it is going to be the final act on stage! After a prolonged wait, fans finally got a glimpse of the third and final season of the hit series, and the streaming service has something big planned for the final season! After Allison Janney’s guest appearance in season 2, we have another iconic actor making a cameo for the final season. We are about to find out who that is!

As Netflix recently released the brand new trailer for The Kominsky Method season 3, fans got a big surprise, and it surely was a heartbreaking one. The third season will be focusing on a wedding, the unexpected death of a dear one, and well, a huge surprise that will bring the entire cast together! If you think the final season is not going to be surprising enough, well, Morgan Freeman is a part of the final act! While fans are going to see one series regular missing, another star is going to join into the madness.

The Kominsky Method Season 3: What To Expect From The Final Season?

As fans saw the trailer opened with the death of Norman Newlander played by Alan Arkin. While this is shocking for fans as Newman’s character played a pivotal role in the series, and his death was not something that fans saw coming. However, it has been reported that the actor never planned to continue beyond two seasons. Thus, Arkin’s departure had to be shown on the show, with writers killing his off character. However, we can expect him to make a small cameo or appear in flashbacks. Norman has left behind a huge responsibility for his dear friend Sandy, how will he cope with all these changes? 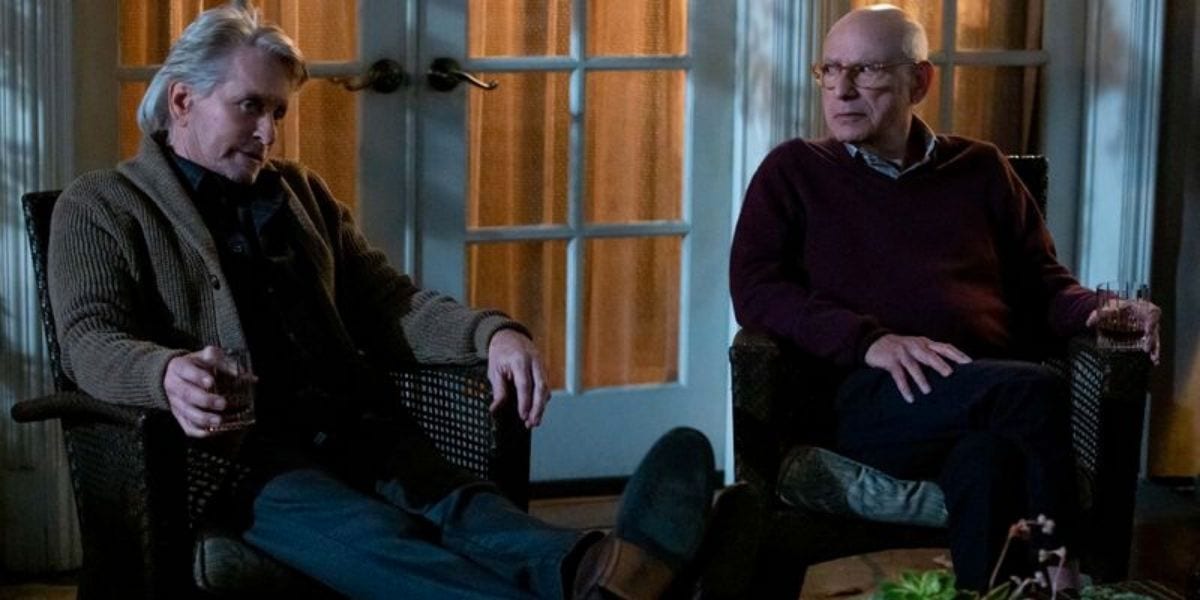 While Sandy was struggling with his daughter Mindy dating a much older man named Martin in season 2, the third season finale made it clear that despite being reluctant at first, Sandy teams up with his ex-wife to plan Mindy and Martin’s wedding. However, chaos soon ensues after the two tied the knot.

Series Regular Alan Arkin Is Not Going To Be A Part Of The Final Season.

Michael Douglas returns as Sandy Kominsky. The final season takes an interesting turn when Sandy gets an offer for a film, and he realizes that his lifelong dream was not to be an acting coach but to become an actor! Take a look at the trailer and get a sneak peek into all the upcoming drama of the final season.

As far as Norman’s estranged family is concerned, his untimely death brings his daughter Phoebe and grandson together for a special reason! As it is later discovered that Norman has left behind ten million dollars! Moreover, Sandy struggles as he is facing newfound responsibilities to look Into after Norman made him the executor of his vast estate. With the money in Sandy’s hand, Norman’s daughter threatens to take legal action against him. We are also going to find out how Sandy struggles after he was diagnosed with cancer in the second season finale.

The Kominsky Method Season 3: Morgan Freeman Is Going To Be The Part Of The Final Season!

While fans are heartbroken with Alan Arkin’s shocking departure from the third and final season, Kathleen Turner will be a series regular for the final season. Turner plays the role of Roz, Mindy’s mother, and Sandy’s ex-wife. 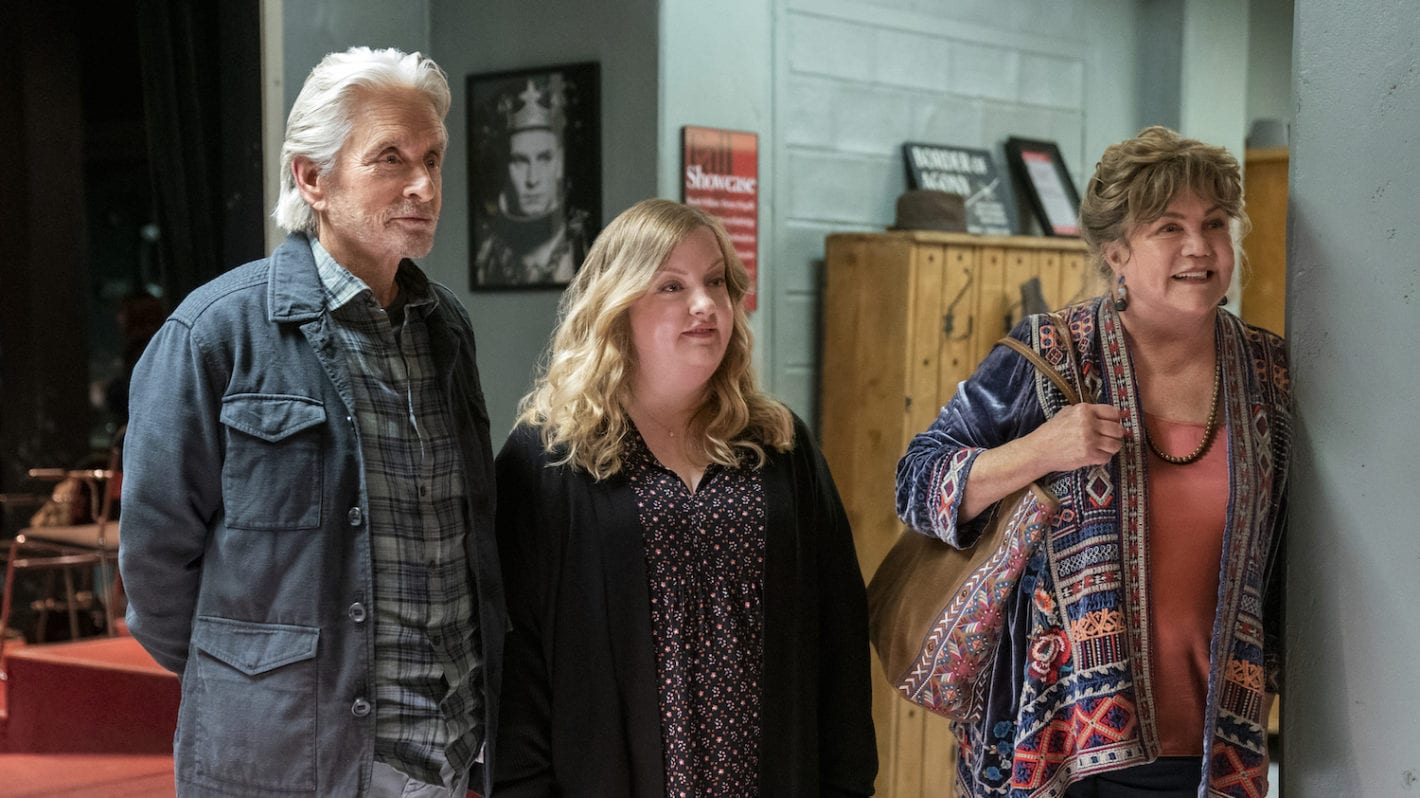 As fans saw the two sharing a tumultuous relationship in the first two seasons, are they going to keep their differences aside this time? Is Sandy going to give his relationship with Lisa another chance? The final act will finally draw the curtains, and these questions will be answered at once. Get ready to get on this fun-filled ride that will make its way into the streaming platform on 28th May. As the trailer suggests, the final act is going to be full of surprises! Mark the date on your calendar as the final act is not far away!