What will happen when Lee Hwi's worst enemy finds his secret? 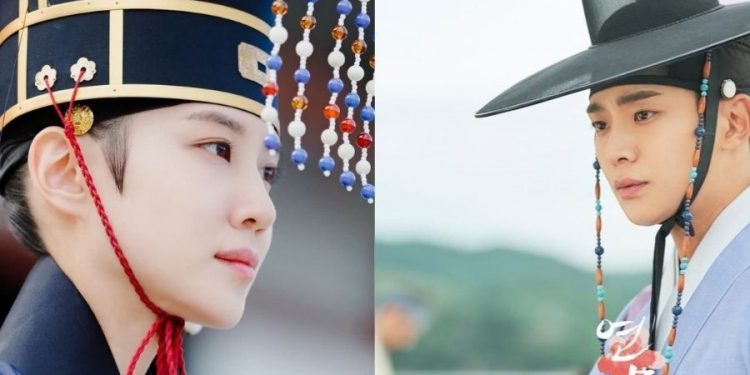 The King’s Affection Episode 15 gave fans the shock of their life. The previous episodes of The King’s Affection were full of plot twists that fans never saw coming. Earlier fans predicted, that Da Mi’s father and the beloved King loses his life. The unfortunate and sudden death of the King destroyed all hopes of Da Mi’s free life. Lord Sangheon used his tricks and brought her back to the palace so that he can use her as a puppet. However, it seems like Da Mi already has a plan in force. With the help of Commander Yoon, she is going to expose Lord Sangheon’s secret intentions.

Without a single dull moment, our Da Mi is back at the palace again. Not only did Da Mi become the King, but she also has a queen now. While fans expected her to be rude to Noh Ha Kyung, they were pleasantly surprised to see her honesty. ”Her affection towards me was sincere, and so I couldn’t help it” Da Mi made everyone shed a tear with these words. Will she ever get to live the life her father hoped for? Will she be able to outsmart her grandfather? and most importantly who will capture the King’s affection at the end? Fans are hoping that The King’s Affection Episode 15 will answer all these burning questions. Without further ado, let us tell you the release date, how to watch, and what to expect from the upcoming episode of this hit historical show.

How to Watch The King’s Affection Episode 15?

This historical KBS2 drama is making all heads turn with its pleasantly progressive storyline. In the previous episodes, fans witnessed how Jung Ji Woon loved the Crown Prince even before he knew that the crown prince was a girl. With his sweet gestures and honest eyes, Jung Ji Woon has become our favorite Kdrama lead without breaking a sweat. You can see the affection he has towards the king on KBS2. Moreover, The King’s Affection is broadcasted on KBS2 at 21:30 according to Korean Standard Time. Additionally, The King’s Affection releases at 7:30 am in America, 12:30 pm in the United Kingdom, 6:00 pm in India, and 11:30 pm in Australia. This historical kdrama releases two magnificent episodes a week, on Monday and Tuesday respectively.

The cherry on the top is that The King’s Affection releases on Netflix. With its fresh LGBTQ plotline in a historical setting, the drama has gained global appeal. Thankfully, Netflix releases the latest episodes soon after their broadcast along with subtitles in various languages. So do not miss out on The King’s Affection Episode 15!

What To Expect From The King’s Affection Episode 15?

The preview of The King’s Affection Episode 15 will give you whiplash. It starts off by showing the innocent Noh Ha Kyung trying to kiss the prince. However, Jung Ji Woon witnesses this and gets jealous. What follows is a sweet banter between Jung Ji Woon and Da Mi. Fans cannot wait to watch the sweet interactions between the two, that made them love this show.

Especially after they rarely get to be with each other now. Although Jung Ji Woon’s jealousy was sweet, what comes next is not. The preview shows someone trying to attack the king with a sword. However, someone comes to stop them. Who will get hurt instead of the King? Will it be his Jung Ji Woon? Lee Hyun? or Kim Ga On. You can find out by watching The King’s Affection Episode 15!