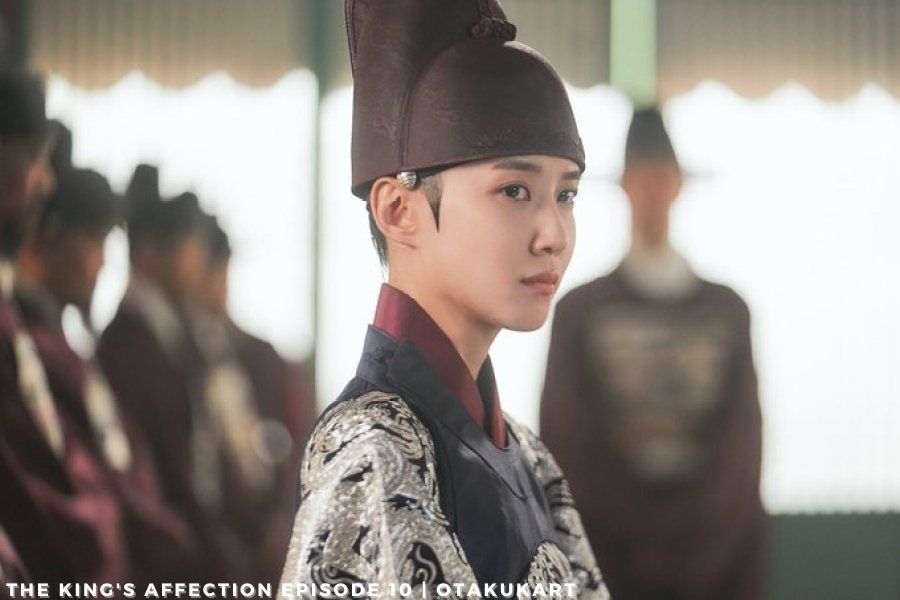 The King’s Affection Episode 10 will soon be airing, and fans cannot wait. This historical South Korean drama has begun to pick up its pace. Furthermore, the previous episodes were jam-packed with not only sweet romantic moments but also action. Our lady crown prince got into a fight not once but twice. Let’s be honest we all smiled when Da Mi threw punches at the Chief Eunuch from Ming. However, this brought huge joy to fans, especially since the nincompoop cut off Court Lady Kim’s hair. Things will get super hard for Crown Prince Lee Hwi. Proving her capability by making sure Ming’s trip went well was her last chance to prove herself. However, the malicious Chief Eunuch cannot keep his act straight.

Moreover, the bond between Da Mi and Jung Ji Woon is growing stronger in these times of difficulty. This is not sitting well with Lee Hyun, who we are sure is going to give us all hardcore second lead syndrome. Who is going to melt the icy prince’s heart has been a huge topic of discussion among fans. Although Jung Ji Woon is Da Mi’s first love, Lee Hyun knew her secret and still protected her. This shows how he doesn’t have a prejudice against a woman sitting on the throne and how he loves her soundlessly. Fans are already getting second lead syndrome, and we are just in the first half of this drama. This truly shows what a magnificent screenwriter Han Hee Jung (Clean With A Passion For Now) is.

If you want to find out how Da Mi will teach the Chief Eunuch a lesson for misbehaving with her subjects, make sure to watch The King’s Affection Episode 10. In this article, we will be giving you all the details regarding this intriguing episode.

The King’s Affection Episode 10 will be released on 9 November 2021. Will Jung Ji Woon find out that Lee Hwi is Da Mi? Will he be a threat or a protector? These are just some of the questions that have been giving fans sleepless nights. Both our icy prince, who is actually a sweet girl named Da Mi, and Jung Ji Woon have become friends again. This felt like an unachievable feat when the series first started. After seeing Jung Ji Woon at the guesthouse, Da Mi misread the situation and insulted Jung Ji Woon. But adding to Da Mi, aka The Crown Prince’s displeasure, Jung Ji Woon was brought in to be her royal tutor. After many trials and errors, the two found a way to get along. Fans cannot decide if this is a good or bad thing for Da Mi. 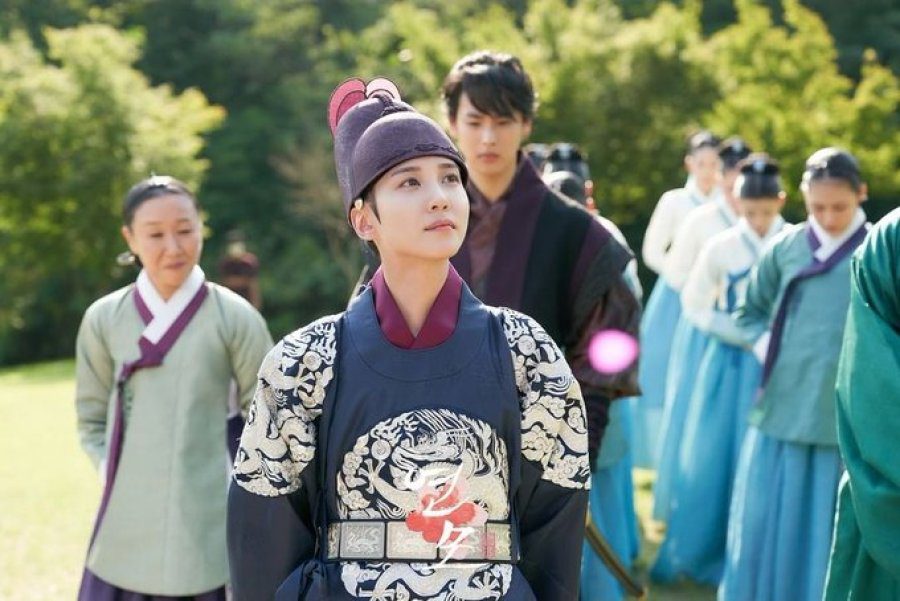 Although we all want her to laugh without worry and do whatever makes her happy, it will bring huge danger to her and the people close to her. If Jung Ji Woon’s bright as sun smile melts away Da Mi’s cold personality that she protects herself with, how will she continue to protect her disguise? Will she be stuck playing the role of the dead Prince Lee Hwi for the rest of her life? No other way to find out besides watching The King’s Affection Episode 10. So make sure to mark your calendars for the release date.

How to Watch The King’s Affection Episode 10?

The King’s Affection releases a spectacular, color-full, and thrill-inducing episode every Monday and Tuesday. Furthermore, this historical kdrama series stirred up a lot of excitement even before its release. This is because KBS (Korean Broadcasting System) is known for its amazing historical dramas. The King’s Affection, too, will be adding a diamond to KBS’s crown. The series airs at 9:30 pm at Korean Standard Time on KBS2. Furthermore, the Kings’ s Affection incorporates comedy and action into this romance that is set up during the Joseon era. Each episode of The King’s Affection will make you laugh, cry, and swoon all within an hour. 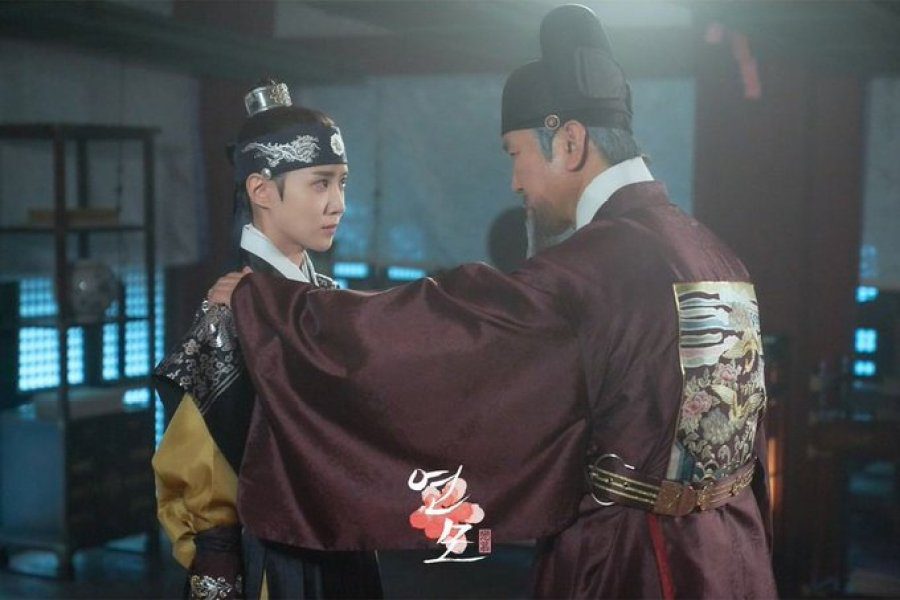 Still from The King’s Affection Episode 10

The director of this historical drama is Song Hyun Wook. If you are familiar with romance kdramas, then you must know that Song Hyun Woo is a master at making even the small moments feel magical. Furthermore, The King’s Affection is adapted from a Manhwa, meaning a Korean comic. The series is dazzling with fresh faces like SF9’s Rowoon (Extraordinary You), Park Eun Bin (Do You Like Brahms?), VICTON’s Byungchan, Bae Yoon Kyung, and Jung Chaeyeon from DIA. With Jung Jin Woon’s antics, bright scenery, and comedic scenarios, the drama will feel like a fuzzy blanket on a winter day. Moreover, The King’s Affection is another great addition to Netflix’s kdrama catalog.

This romantic comedy-drama that takes you back in the Joseon times is released on Netflix with subtitles in varying languages. Furthermore, the episodes are released soon after they air on cable television so that you can enjoy the drama as soon as it is released. So do not miss out on The King’s Affection Episode 10.

Highlights From The King’s Affection

Ever since the Crown Prince stood up for Jung Ji Woon, the royal tutor can’t stop the heart eyes that appear every time he looks at her. Not only did the crown prince save his position, but he also restored his dignity. When Jung Ji Woon was accused of selling herbs at a high price, our Da Mi conducted an investigation to find out the truth. She successfully cleared Jung Ji Woon’s name and also exposed the corrupt ministers in the royal court. After this incident, the audience developed a girl crush on Da Mi and Jung Ji Woon too. But the key point is that he does not believe that Crown Prince Lee Hwi is his first love Da Mi. Additionally, Jung Ji Woon’s mental breakdown because he thinks that he likes men. And that too, not just any man but the Crown Prince of Joseon. 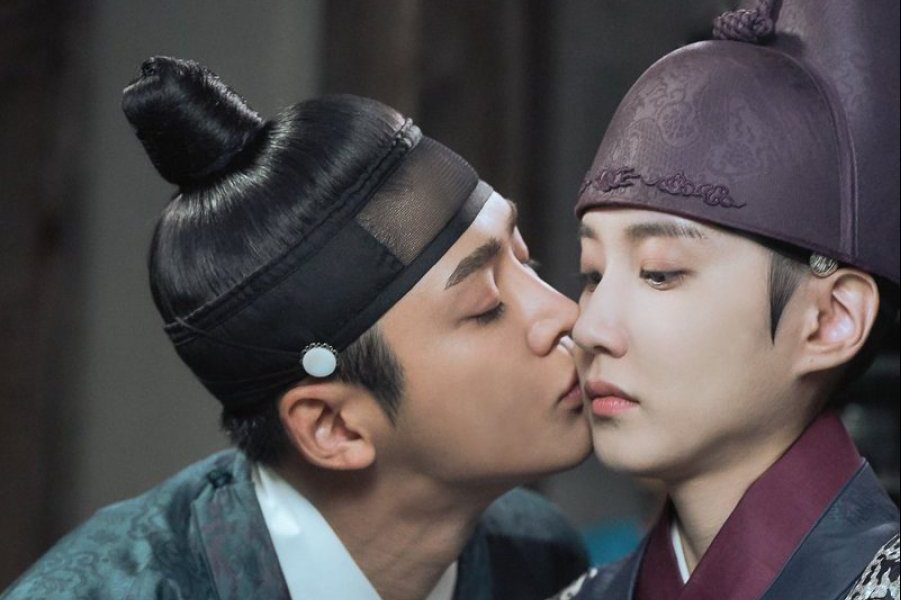 But despite thinking that Da Mi is a man, Jung Ji Woon gathered the courage to give her a peck on the cheek. All the shippers threw their fists in the air. The scene was so sweet that it made all our hearts race. But will Crown Prince Lee Hwi let this kiss slide off easily? Find out in The King’s Affection Episode 10.

If you have looked at any of The King’s Affection posters, you must know Kim Ga On. Furthermore, Kim Ga On is being played by VICTON’s Choi Byung Chan. And his looks are so visually perfect that it is impossible to take your eyes off him whenever he is on screen. Whether it is during the historical Joseon era or the hi-tec 2021, Kim Ga On will have you dazzled. Furthermore, his job is to protect the Crown Prince Lee Hwi of the Joseon dynasty, which is tough as it is. But adding to the difficulty is the swarms of girls that follow him just to get a look at his handsome face. 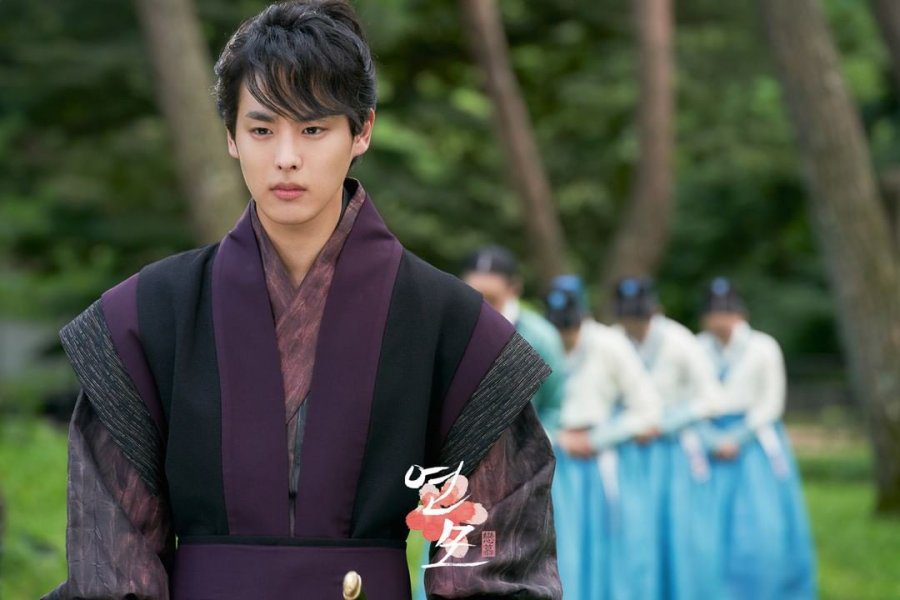 Not does he just have to deal with that, but also two other handsome men who keep trying to steal the Crown Prince away. When Prince Lee Hyun sneaked Da Mi away to hang out, Ga On had to search the entire marketplace. And recently, with Jung Ji Woon following Crown Price around like a puppy, things are more difficult. Fans can’t stop laughing at how Kim Ga On literally swats Jung Ji Woon away like he is a bee. During one of Jung Ji Woon’s endeavors to get close to Crown Prince Lee Hwi, Ga On had to drag him by his arm.

Although he remains silent and keeps an eye out for threats most of the time, the recent episodes hinted that he might have a greater motive. When he was lying unconscious after being beaten up, he had a nightmare of someone beating him up and calling him a traitor. Let us all hope that The King’s Affection Episode 10 will reveal the truth.