With his father's critical state, Lee Bang Won takes charge of this mess and tries to lead his family and his people out of this coming danger. Will he be able to do it successfully? 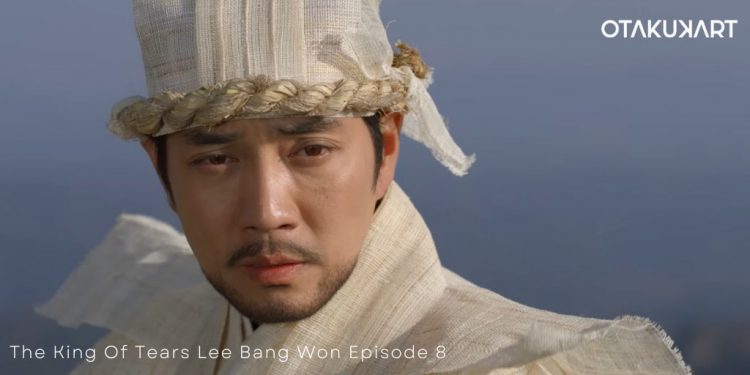 The King Of Tears, Lee Bang Won Episode 8 will be coming this weekend with a new chapter of Lee Bang Won’s life tale! Finally, we are getting into the deeper part of his history. Although we already know how it ends, it will be thrilling to witness the darker and the original version of Lee Bang Won’s life story. With the recent episodes, the whole game has changed, and now the dice are in the hands of the opponents! Even though Lee Seong Gye wants to take everything slowly with a comprehensive plan, Lee Bong Won thinks more rashly and makes impulsive decisions. How will this father-son duo establish a new dynasty with such different tactics?

Now that the game has changed, all scholars have taken Master Poeun’s side to serve and protect Goryeo. However, they have failed to notice their own people’s pain, struggle, and sufferings, or maybe they just ignore it. Even Master Poeun is the same. Will he ever find the wickedness royal subjects are hiding behind their facade of serving king? Or will he continue battling against Lord Lee, who wants to build a new dynasty that will be in the interest of the general public? No matter which side Master Poeun chooses, the father-son duo is adamant about abdicating the current king Gongyang! Therefore, The King Of Tears, Lee Bang Won Episode 8 will lead Lord Lee and Lee Bang Won a little closer to their destiny!

The drama The King Of Tears, Lee Bang Won, is broadcasting on the KBS1 network at 9.40 pm KST for domestic viewers. After its airing, it will be available on Wavve, an online streaming platform accessible only in South Korea. As for the other nations, the episode will be out on the same day at 11.40 pm in Australia, 6.10 pm in India, 12.40 pm in the UK, and 7.40 am in the USA. Global viewers can watch The King Of Tears, Lee Bang Won kdrama on Kocowa, and Rakuten Viki with English Subtitles. However, please note that Kocowa streaming is available only in South and North America.

The upcoming The King Of Tears, Lee Bang Won Episode 8 will be uncovering a new part of the drama, bringing us closer to the unavoidable tragedy. Lord Lee getting hurt and falling in a critical condition has made the whole game tenser, especially for the Lee Family. Because Master Poeun has already left their side, Sambong has been exiled, and Lee Bang Won is far away due to the mourning period. Thus, they are like unarmed prey to the royal subjects who have already begun their wicked scheme! However, the family will call Lee Bang Won back since he is the only one who can lead his father’s followers during such an emergency situation.

The more interesting fact is witnessing how Lee Bang Won carries this responsibility without his father’s guidance. We have already seen how emotionally unstable he becomes whenever it comes to his family and makes hasty decisions, which eventually brings more trouble for more. Even this time, will it be the same? What about his brothers? With their different standpoints, will they cooperate and fight against their enemy? Or will it lead to another inner battle of brothers?

Therefore, the upcoming episode will disclose Lee Bang Won’s inner conflict, the burden of the sudden responsibilities, and the duty to protect his people. So don’t forget to watch The King Of Tears, Lee Bang Won Episode 8 to know how Lee Bang Won navigates his life through this unexpected crisis!