Master Poeun has turned his back but also declared war by exiling Sambong. Despite Master Poeun's resistance, Lord Lee is not ready to abandon him. How will Lee Bang Won handle this situation? 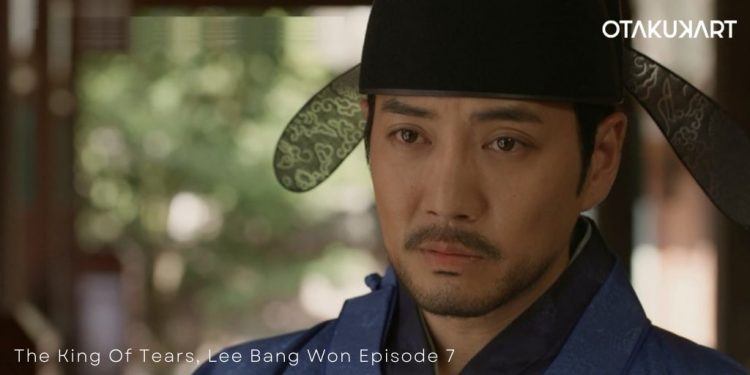 The King Of Tears, Lee Bang Won Episode 7 is releasing this weekend! On the first day of the new year, the drama will be leading Lee Bang Won’s tale in a new direction. Finally, he is ready to take charge but under an unexpected circumstance. It will be thrilling to witness how he will lead these troops and help his family. It seems the storyline is getting intense with each passing episode. Therefore, the upcoming episodes will bring drastic changes in the main plotline.

The latest episode reveals how Lee Bang Won’s journey to becoming King Taejong begins. Although he makes rash decisions, those are made to protect his family and his alliances, especially his desire to make his father the next king. Unlike his son, Lord Lee is different and the recent episode has already proven it. Jung Mong Ju turns his back, and Jung Do Jeon gets exiled, yet Lord Lee does not make any impulsive decisions or declare war due to his unstable region. Therefore, The King Of Tears, Lee Bang Won Episode 7 will show the consequences of his lenient demeanor!

Ep 6 of The King Of Tears, Lee Bang Won reveals how Lee Bang Won saves Sambong (Jung Do Jeon) from the flood. Later, they together visit Cheonju Palace only to witness Master Poeun releasing the prisoners and reinstating them as royal subjects. The royal ministers, all together, scheme against Sambong, accusing him of torturing the innocent royal subjects. Therefore, with capital punishment, King Gongyang exiles Sambong to his hometown.

Unfortunately, Lord Lee does not even do anything and warns everyone not to touch Master Poeun. He is headstrong about turning Master Poeun on his side, but Master Poeun doesn’t seem to hold the same stance. By the ending, they receive another shocking news from Pocheon that Lord Lee’s first wife, Lady Han (Queen Shinui Han), is in critical condition. However, before the Lee brothers can meet, Lady Han passes away. After her funeral, Lord Lee tells Lee Bang Won to stay behind for three years of mourning because he is representative of their Confucian scholars.

Later, Master Poeun also visits Lady Han’s grave and the two talk about his mother. Eventually, Master Poeun decides to spend the night with him, where Lee Bang grabs a knife to kill him. But will he really be able to kill Master Poeun? Find out what decision Lee Bang Won makes in The King Of Tears, Lee Bang Won Episode 7!

The King Of Tears, Lee Bang Won Episode 7 will be released on 1 January 2022 at 9.40 pm KST on the KBS1 channel. So far, the drama is uncovering Lee Bang Won’s story layer by layer, especially it sheds light on his inner battle. Although he is not a warrior like his other brothers, Lee Bang Won has already proven he will be a great king for his people. However, everything will eventually lead the drama towards the unavoidable cataclysm.

A Tragedy Falls On The Lee Family

The preview of The King Of Tears, Lee Bang Won Episode 7 is already dropped! It hasn’t been revealed whether or not Lee Bang Won will kill Master Poeun, aka Jung Mong Ju. But it seems too early for his death. Besides, a new tragedy will knock on the door with Lee Seong Gye getting hurt badly. It shows Lee Seung Gye going back to the royal court to serve the present king Gongyang. The king will order Lee Seung Gye to welcome his son, the crown prince. But during the hunting session, Lord Lee will end up hurting badly, where his condition will be very critical.

However, the other royal subjects who have been waiting for such an opportunity will plan to attack him during his weakest moment! They will strip down every alliance associated with Lord Lee and punish them in disguise of fake crime investigation. The Lee family members seem tense witnessing this unexpected onslaught since Lord Lee has not woken up. Therefore, they will finally call Lee Bang Won to solve this matter and protect their people. But will Lee Bang Won be able to lead his people through this mess of unpredictable critical timing? Find out what happened to Master Poeun and how Lee Bang Won plans to protect his people in The King Of Tears, Lee Bang Won Episode 7!

The King Of Tears, Lee Bang Won is airing on the KBS1 network at 9.40 pm KST for South Korean viewers. After broadcasting, the episodes will be available on an online streaming channel called Wavve (accessible only in South Korea). On the same day, the episode will drop at 7.40 am in the USA, 12.40 pm in the UK, 6.10 pm in India, and 11.40 pm in Australia. As for global fans, the Korean drama is streaming on Rauken Viki and Kocowa (accessible only in North and South America) with English Subtitles.