Finally, Lee Seong Gye has decided to conquer the throne. With his sons' and comrades' help, he is leading the army. However, can he save himself from the foe who disguises himself as his loyal fellow? 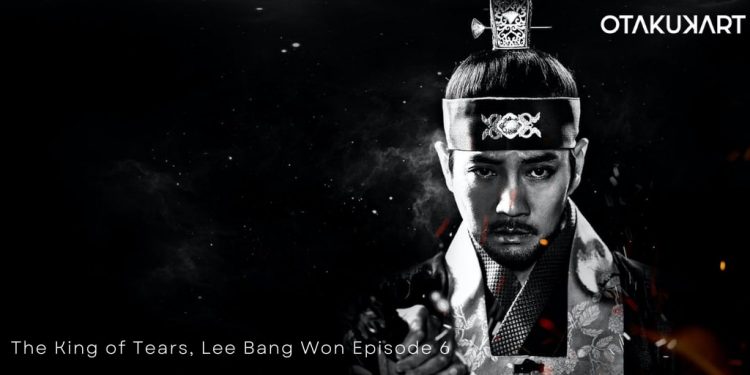 ‘The King of Tears, Lee Bang Won’ Episode 6 is releasing this weekend! Finally, KBS1 has come up with an authentic historical drama for Sageuk buffs. Although there are already different pieces done on the historical figure, Lee Bang Won, this drama will show a little darker version, keeping the storyline as close as possible to the historical facts. The recent episodes have already shared the different side of Lee Bang Won, who is willing to do anything to help his father, Lee Seong Gye. However, things do not seem to work in his favor.

After threatening King Gongyang to behead the previous king and his little son, the people of Goryeo have turned their back against the Lee family. However, Lee Bang Won will not stop here! After all, he desires to assist his father, who wants to help his people, who are being ignored and suffered by the nobility. This journey will not be easy, but the Lee family is adamant to finish off what they have started. With their father’s guidance, the Lee brothers and their comrades will battle to conquer the throne and establish a new dynasty! Therefore, The King of Tears, Lee Bang Won Episode 6 will narrate a significant chapter of this historical political tale!

The King of Tears, Lee Bang Won Episode 6 will be released on 26 December 2021 at 9.40 pm KST on the KBS1 network. Finally, KBS1 has produced an authentic historical drama after five years! It will not be your regular rom-com with fictional stories but a darker shade of the history with raw emotions of the characters. Since the kdrama is scheduled for 32 episodes, we still have a long way to go! The King of Tears, Lee Bang Won has taken the Saturday-Sunday time slot of the KBS1 network. Also, all episodes will air for 60 minutes. So don’t forget to miss out on this political thriller tale!

For South Korean viewers, The King of Tears, Lee Bang Won is broadcasting on the KBS1 channel at 9.40 pm KST. After airing the episode, it will be available on Wavve, which is an online streaming platform accessible only in South Korea. The drama will release on the same day at 6.10 pm in India, 11.40 pm in Australia, 12.40 pm in the UK, and 7.40 am in the USA. The King of Tears, Lee Bang Won is available on Kocowa and Rakuten Viki with English Subtitles for international viewers. However, note that Kocowa streaming is open in only South and North America.

The King of Tears, Lee Bang Won Episode 6 will show an intense battle between the royals and the Lee family. Although Lee Seong Gye was disappointed after witnessing the violent fight between his sons, he still decided to bear the consequence and see the end of what he started. Therefore, he will lead his sons and the fellow scholars who wish Lee Seong Gye to win the throne. Of course, King Gongyang and his mother have already assumed that Lord Lee will fight for the throne. However, they will not back off easily as well.

Meanwhile, one of the most trusted comrades Jung Mong Ju has already been disappointed by Lord Lee’s decision yet, he will join this war! However, it will not be for pure companionship or trust. We all know Lee Saek is already trying to turn Lord Lee’s people against him due to their different beliefs. Therefore, soon we will also find who will be the enemy and who will be the mate in the upcoming episodes. Not to forget, we will also witness Lee Bang Won’s new look! The once scholar, who used to handle only government duties, will pull out his sword and carry the weight of his action.

Another thing the drama will reveal is the dispute between the Lee brothers. We have already seen various episodes of their conflicts. But it will be interesting to watch if they will reconcile for their father’s great deed or continue their inner quarrels. Therefore, watch The King of Tears, Lee Bang Won Episode 6 to know where this political action heads!

With The Rise Of Omicron Variant, Is Saturday Night Live Season 47 Episode 10 Happening?

The Night Beyond The Tricornered Window Season 2: Will it Happen?