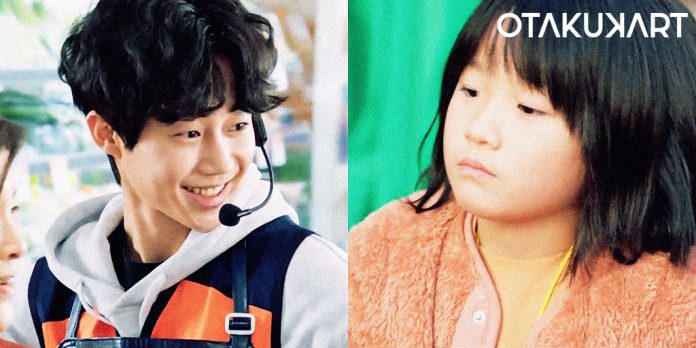 The bar goes up with every passing Episode of The Killer’s Shopping List, and while being sad at the show having such a small number of episodes, viewers cannot wait for the release of the next one in the installment. The Killer’s Shopping List Episode 5 will provide us with more heart-warming moments (dare we say that for a series about cold-hearted murders), cheeky red herrings, and of course, the chemistry between the close-knit inhabitants of the small neighborhood.

Previously, we saw that the beloved little Yul, the first person who clued everyone in on the murder by submitting Kyung Ah’s slipper to the lost & found, is in trouble. While many viewers are suspicious that her father, Seo Chun Kyu (who “found” the second dead body along with Myung Sook) is behind the murders, Dae Sung shifts his suspicion from Oh Cheon Won to Fish. But it turns out that the only thing Fish is hiding from the neighbors is the fact that she likes to cross-dress and identifies as a female despite everyone taking her as a man based on her looks.

The showrunners of The Killer’s Shopping List have no hesitation showing brutally graphic things like murders amidst a light-hearted tone. And it is to be noted that we do not know the real names of the workers of MS Mart, and they are addressed by the grocery section they handle (that’s why Fish is called Fish, and Veggies is called Veggies). Viewers can’t wait for the release of Episode 5 of Killer’s Shopping List anymore, as is very evident from the stellar viewership ratings.

What Is The Secret Of Fish: Recap

Dae Sung wonders if the vitamin pills by the cathedral weren’t slipped in by the murderer but dropped accidentally by Yul. He thinks that Yul might be a witness to the crime. Dae Sung and Myung Sook scour the neighborhood to find Yul. Myung Sook heads to Seo Chun Kyu’s (Yul’s dad) home, where she notices that he keeps the house meticulously clean despite being an absent father who even forgets to feed his child. Meanwhile, Dae Sung finds Chun Kyu and informs him about his suspicion of Yul being the eyewitness to the crime in the cathedral.

The son and mother duo make their way and forcefully enter Fish’s apartment, where Myung Sook renders him unconscious with a taser gun and ties him up. Dae Sung asks him how he got Kyung Ah’s (the first dead person) cardigan, and Fish replies that they got it from her. Fish also got her tampons from the store because Kyung Ah was scared of going out. Fish shows them a request form for a sex change operation from a “he” to a “she,” along with a psychological report where Fish recounted feeling gender disassociation since middle school.

The Killer’s Shopping List Episode 5 will be released on 11th May 2022 (Wednesday) at 10:30 PM KST. For other regions, that is 7 PM IST, 11:30 PM AEST, and 8:30 AM EST. Yul is taken away by someone the audience can’t see, and in his house, Yul sees him play with the elasticity of a pantyhose with fear in her eyes. The Episode ended with Yul begging for mercy.

For the preview of Episode 5 of The Killer’s Shopping List, Dae Sung recounts to Do Ah Hee that the little Yul was barefoot when she ran away as if she had run out of somewhere in a hurry. Fish asks him whether Meat is amongst the people Dae Sung suspects.

Dae Sung finds out a sketchbook with sketches of Veggie and a disgusting sketch of a hand being mutilated through the bone like a piece of meat. Do Ah Hee says that Meat didn’t attend the get-together, as we see cross-dressed Fish following him on the streets in broad daylight.

Do Ah Hee also talks about an incident that has been bothering her for a while. Police officer Kim Doo Hyun asks Dae Sung to live quietly from now on without selfishly causing any more trouble. Finally, we see Meat forcefully grabbing Veggie’s arm, which frightens her. Also, everyone concludes that Veggie is in danger, as we see someone trying to break into her house by trying to guess the code of her house lock.

Episode 5 of The Killer’s Shopping List will firstly be airing on the Korean television network tvN, after which it will be available for streaming for users worldwide on Rakuten Viki with subtitles in a language of your choice. You can also watch The Killer’s Shopping List Ep 5 on Viu and iQiyi on the day after airing, i.e., 12th May 2022, only if you reside in one of the selected regions they are providing their services on.

Also Read: K-pop Idols Who Rejoined Their Groups After Leaving