Even after decades of the release of The Italian Job, viewers are still wondering what happened in the end. 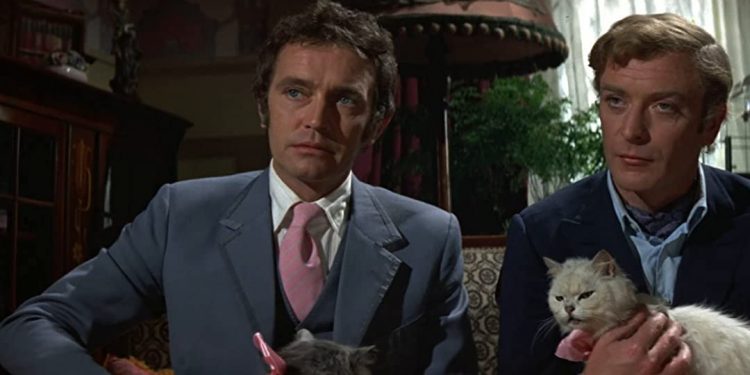 A still from The Italian Job

The Italian Job has an ending that is a cliffhanger and needs to be explained. The audience of the movie still wonders what happened at the end of it! The movie is known for its puzzling ending, and now a lot of fans have come up with different theories as to what must have been the ending of The Italian Job.

The movie is regarded and recognized as one of the finest British films of all time. The main character of the film is played by Michael Caine. He and his team of robbers are on a mission to steal gold from the city of Turin in Italy. The movie was released on June 5, 1969. Despite being such an old movie, there is still a cult following of it. Even after so many years, viewers still come back to search for the ending of it. So, let us dive into the storyline and have The Italian Job’s ending explained!

Italian Job is a classic from the 1960s. It is an iconic British film that is colorful and fast-paced. Italian Job follows a group of criminals or mafia through one of history’s largest international gold heists. The main robber, Charlie Croker, is a slick robber and skirt-chaser who just came out of British prison. He takes over The Italian Job.

The plan is to seize gold bullion from Italy directly under the nose of the Italian Police, avoiding rehabilitation for recidivism. The original mastermind or brain behind the plan and job was assassinated, and the plan needs a more wealthy and well-known criminal than Croker.

Croker seeks the help of Mr. Bridger, who is a suave, regal, jailed English criminal with an odd fixation with the Queen. Now, Bridger supplies Croker with a strange crew of Britain’s most notorious computer hackers, robbers, hijackers, and drivers. The movie revolves around this crew and their way of robbing Italy of its money.

What Happens In The Gold Heist?

The team successfully steals the gold after a lot of effort and running away from the police into the three Coopers they bring. They run and tear through the city of Turin and meet up in a long bus. After that, the team goes off into the Swiss Alps. Caine and the other guys kick out their cars, and the viewers witness the cars roll down mountainsides, blowing up and falling apart one by one.

Now, after that, the band of robbers is caught at one end of the bus teetering precariously over the brink of a cliff. It is an iconic closing scene from the film, while their stolen gold bullion is at the other end.

In the ending scene, we see the driver going crazy. The bus driver loses control over the bus, and it spins. Now the bus is dangling half over the abyss, wobbling up and down. The team inside gently goes to the front of the bus, but it still teeters.

We see Croker leaning in the direction of the gold. He is supposed to carry the gold back to the front of the bus piece by piece, one by one, in order to change the weight. However, as Croker crawls closer to the gold, the bus leans, and the gold slides all the way to the rear. Now, they are in big trouble! There was nothing the team could do but stand in the bus, unmoving, and wait for their fate.

We see Croker saying he has a good plan as he stares at others with a bright smile. There is a long shot of the bus in the ending scene, and we are left with a suspenseful conclusion! It is a cliffhanger – quite literally! Actually, the story was not supposed to be a cliffhanger. The creators had a sequel planned, but it never panned out.

A Competition To Solve The Ending Of Italian Job?

The movie was left with suspense. However, some of Britain’s brightest minds solved one of the largest cinematic cliffhangers! So, how would the robbers get away with the gold in the ending of ‘The Italian Job’? The Royal Society of Chemistry held a competition for possible solutions to the ending of the movie and announced a winner who gave a scientific solution to their issues, finally giving fans some closure!

John Godwin won the competition, he is a scientist. John said like many others he has been a fan of Italian Job since he was a child. He mentioned how it is one of those classic British films that have fantastic actors and a great car chase. John said it seemed a shame to leave them hanging on that hillside.

Now coming to the solution, the ‘great idea’ would come in many stages. First, to lessen the bus’ weight, shatter the back windows. Then, to deflate the front tires and stabilize the vehicle, break two front windows and hold one of the team members upside down out of the window. Now, drain the rear duel tank through the bus’ bottom access panel. Then, members exit one by one from the front, collecting stones to compensate for the weight of the bus. Now, continue to place stones until someone is able to safely return to the back of the bus to grab all the gold!

Also Read: 2001: A Space Odyssey Ending Explained: The Human Evolution Yet To Be Explored