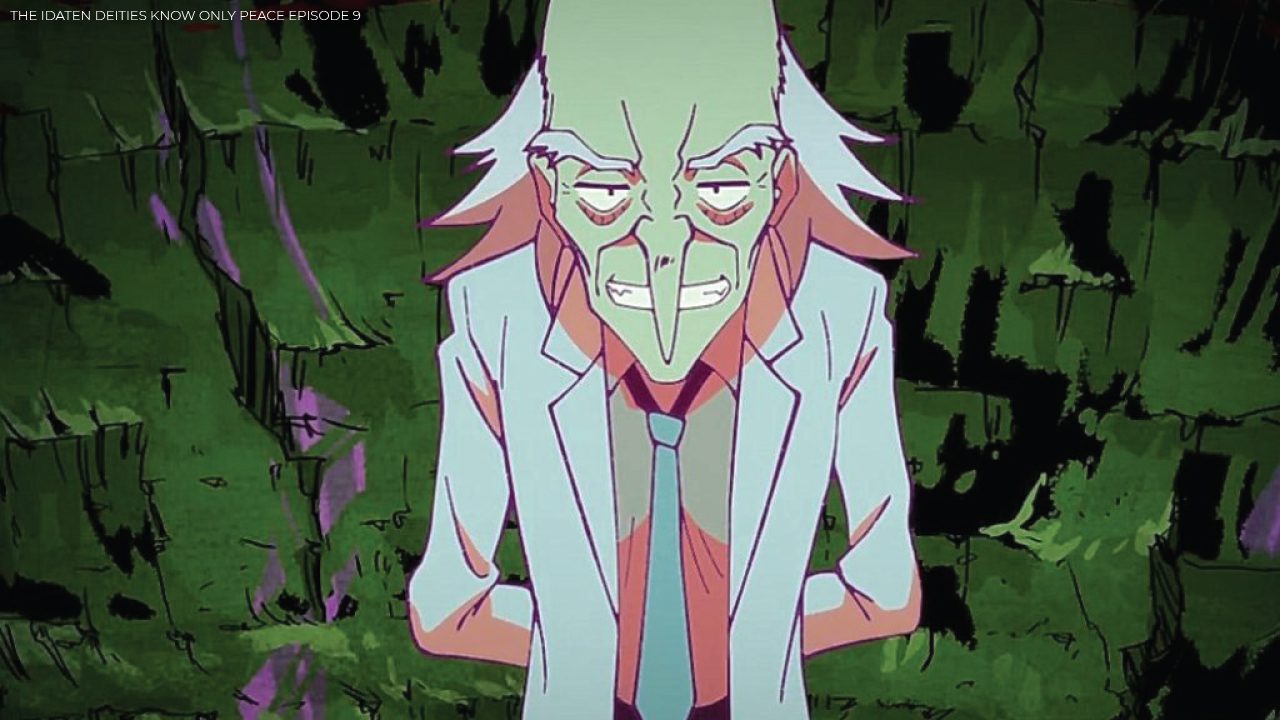 The slaves with Hayato wonders if Takeshi is a God. Hayato gets furious hearing that and realizes that God will never torture his children. Hayato sends a pillar towards Takeshita, who uses his finger to break, and Hayato lands barrages. But Takeshita used the two-finger technique and pulled Hayato with his nose and thrashed him on the ground. Hayato gets angry since the one to do that to him is only his master Rin. Takeshita takes off his coat and comments that Hayato is more robust than he thought.

He comments that it will be quite the workout for an old geezer like him. Takeshita told Hayato to fight him or go back crying to his friends. Hayato replies that he is not going anywhere, and he stands up. On the outside, Rin is angry that she is fighting with headless Demons that keep on reviving, and they are wasting his time. Those headless Demons jump up, trying to land the killer blow, but she assassinates them using her blade. The Demon watching is surprised that Rin caused that destruction by wielding her sword.

Previously on The Idaten Deities Know Only Peace Episode 8

The Demon lady realizes that she knew from the beginning that she has no match against Rin. She sent the strings and other Demons to buy her time while thinking about beating Rin. Rin notices that the lady is using strings to control the Demon Army. She realizes that she has to get the location of the main body to stop the Demons from emerging. Raki uses bait for Rin not to get here location, and Rin attacks that cheese kop Demon. The cheese kop demon teases Rin that her attacks are missing. Rin bumps with a net that sends her flying, and she hits her face with the ground. 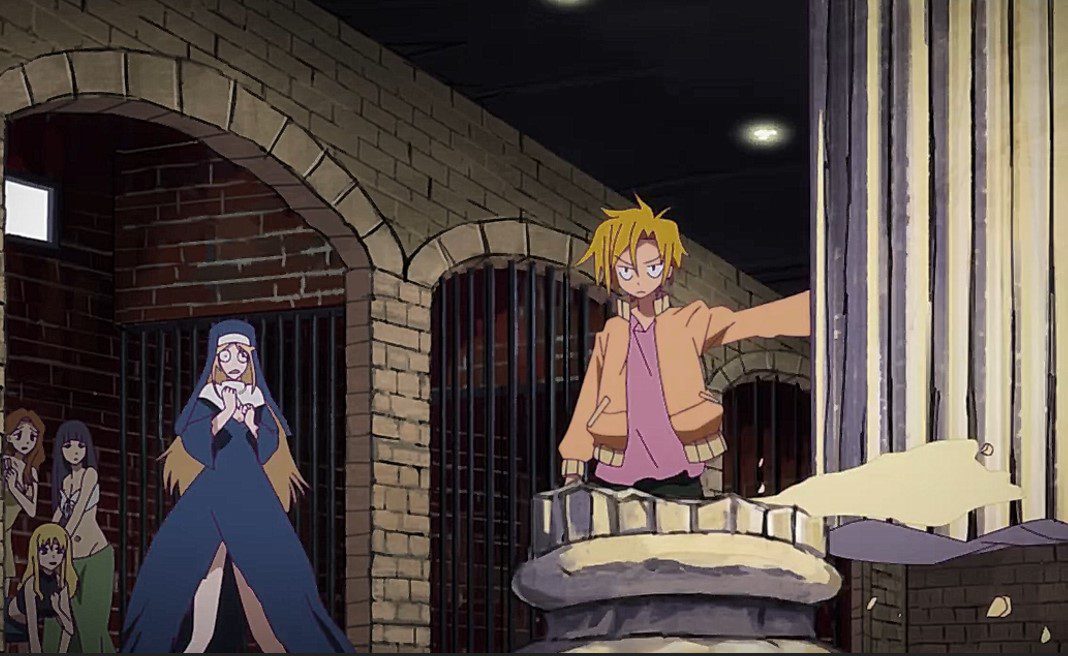 The cheese kop Demon comments that he calls it the Netted Face Shredder. Rin falls for that trap, and when she swings the sword, her arm gets cut and flies away. Rin is surprised to see her cut arm bleeding. Raki comments that Rin is incredibly good at falling for traps. She thinks that if she plays her cards right, she could defeat Rin. Prontea is looking for Barcode and Miku. Priscalat helps him find Miku’s bait and wonders why they have to put an innocent lady as the bait. Prontea took that lady for interrogations.

Hayato vs. Takeshi continues, and the brawl is now intense with the exchange of massive strikes. Hayato teases Takeshi to keep up and reminds him that he is an old geezer when exchanging punches. Takeshi notices that Hayato has taken too much damage, but he regenerates faster. He thinks he has an advantage if this fight takes long. Hayato pulverizes Takeshi, and the Demon Lord arrives on Rin’s side, but he leaves. The crew has defeated all the Demons, and Miku realizes that they have to start over.

The Idaten: Deities-Know-Only Peace Episode 9 will be released on Friday, 17 September 2021, at 1:25 AM. Don’t miss the revival of the Demon Army in the next episode. Look at The Idaten-Deities Know Only Peace official details below. 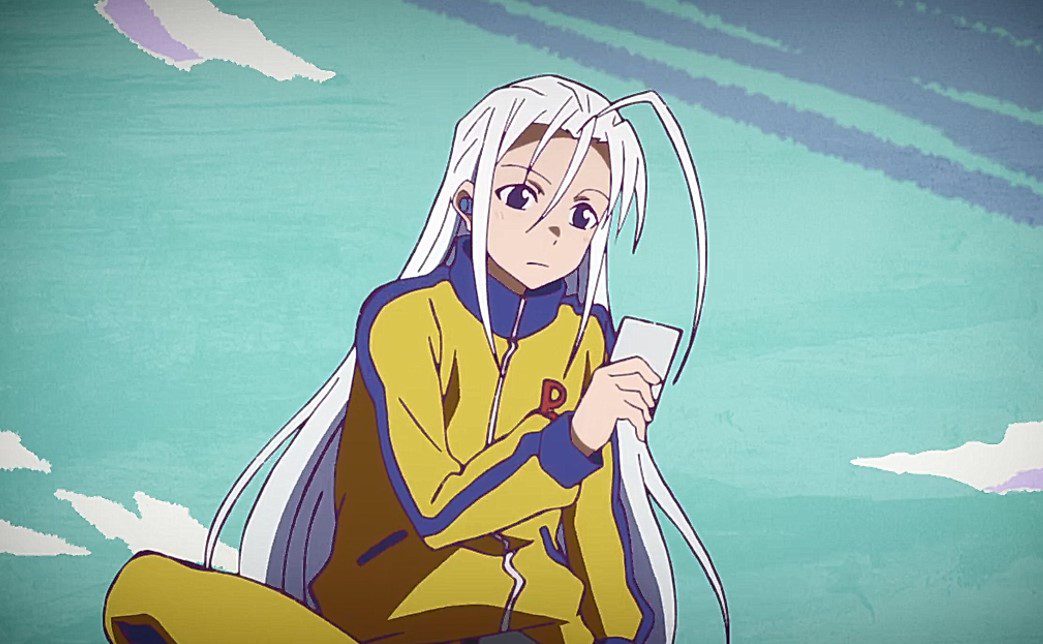 You can watch The Idaten-Deities Know-Only Peace Episode 9 online on Crunchyroll. This anime will conclude in the upcoming few episodes. The episodes of this series are available for streaming and rewatching online.