The Hunter Call Of The Wild Patch Notes: They Are Out! 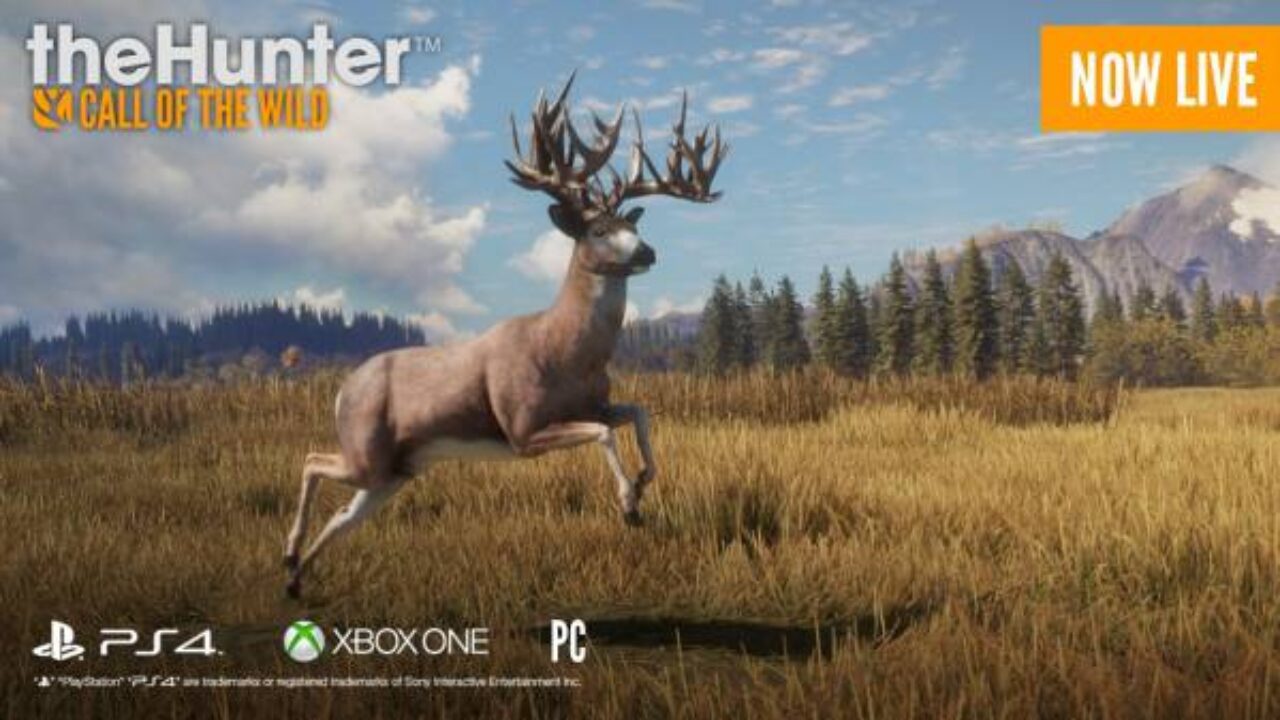 The Hunter Call Of The Wild

One of the most popular hunting games is back with some good updates to make the time worthwhile for fans. “The Hunter Call of the Wild” is one of the best games out there offering virtual experience. Want to go on a hunting trip but too young or too busy to go, the video game offers almost the real experience of hunting ever created in the virtual sense. Taking the players into a thick beautiful forest filled with the wildlife they’ve only read about in their geography textbooks. Here are the new patch notes From “The Hunter Call Of The Wild”!! From majestic deer and awe-inspiring bison down to the countless birds, critters, and insects of the wilderness. Everything the players can expect in a hunting trip, it’s already there!

Developed by “Expansive Worlds” the game was first released back in February 2017. Ever since, it has been coming out with amazing new updates, making the players having a great experience. The video game includes reserves to hunt from all around the place. Till now, it has 8 and new addition in reserves, almost from all continents from the earth. The reserves are the Hirschfelden Hunting, ReserveLayton Lake District, the Medved-Taiga National Park, the Vurhonga Savanna Reserve, Parque Fernando, Yukon Valley, Cuatro Colinas Game Reserve, Silver Ridge Peaks, and Te Awaroa National Park.

The New Patch Notes From “The Hunter Call Of The Wild”

With the new update, “The Hunter Call Of The Wild” has added another theme on their console. The new theme of the reserve is known as “Rancho del Arroyo”. The new patch note of the video game arrives at the end of August, with the release of “Rancho del Arroyo” on the console. Back on June 29, 2021, the new theme was made available just for the pc version. Guessing correctly from the name, the inspiration for Rancho del Arroyo comes from Mexico. The situation for hunting this time is a mostly desert, arid, semi-arid reserve typical of the Sonoran Desert habitat of the region of the Southwestern United States and northwestern Mexico.

The safari and hunting experience is not going to be complete without the wildlife, of course. Moving to Mexico, five new more wild animals are entering the game. Starting from a Rio Grande Turkey, the species is the second addition to the Turkey category after Merriam’s Turkey. They are available in different variations like Albino, Buff, Leucistic, Light Brown, Light Buff, and Melanistic. Next up, we have “Javelina”, also known as The Collared Peccary. Their skull and heads are the trophy parts of their body. They are not aggressive but fast and roam around in herds. Big wild cats have also entered the chat again, and this time a ‘Mexican Bobcat’. It is the second lynx species after the introduction of the Eurasian lynx. A class 3 species with a rewardable skull.

Not missing the birds, the Ring-Necked Pheasants are here. The class 1 bird species are exclusively here for the Rancho del Arroyo. They come with an ethical way of killing them. That includes whistling at them while running towards them to make them fly. Shooting them while they are on the ground doesn’t really count. They usually live in loose flocks, can be encountered alone or in small groups around the open prairies and farmlands. While being threatened or attacked, they hide in the bushes or tall grass.

Last but not least exclusive addition to the reserve is an ‘Antelope Jackrabbit’. It is going to be the fifth addition to species of the lagomorphs i.e. rabbits and hares. The previous species in the game include the white-tailed jackrabbit, the scrub hare, the European hare, and the European rabbit. The jackrabbits are present in various variations like Albino, Common, Dark-Brown, Grey, Melanistic, and Mottled.

How Much The New Reserve Costs?

The new Mexican reserve, which is also known as the Rancho del Arroyo will cost $7.99USD or €7.99EUR. The game alone with its updates is available on the Xbox store. Along with the wildlings, the patch notes from “The Hunter Call Of The Wild” mentions more hunting spots, weapons, and new rules have been added to make the players’ experience amazing. The Couso Model 1897 16-gauge pump-action shotgun from the 19th century is here for the hunters in the new update.

Also Read eFootball 2022 Release Date: All About This Game!

Amadeu Campos Silva Accident: The Bull-Rider Got Stomped At Tour!