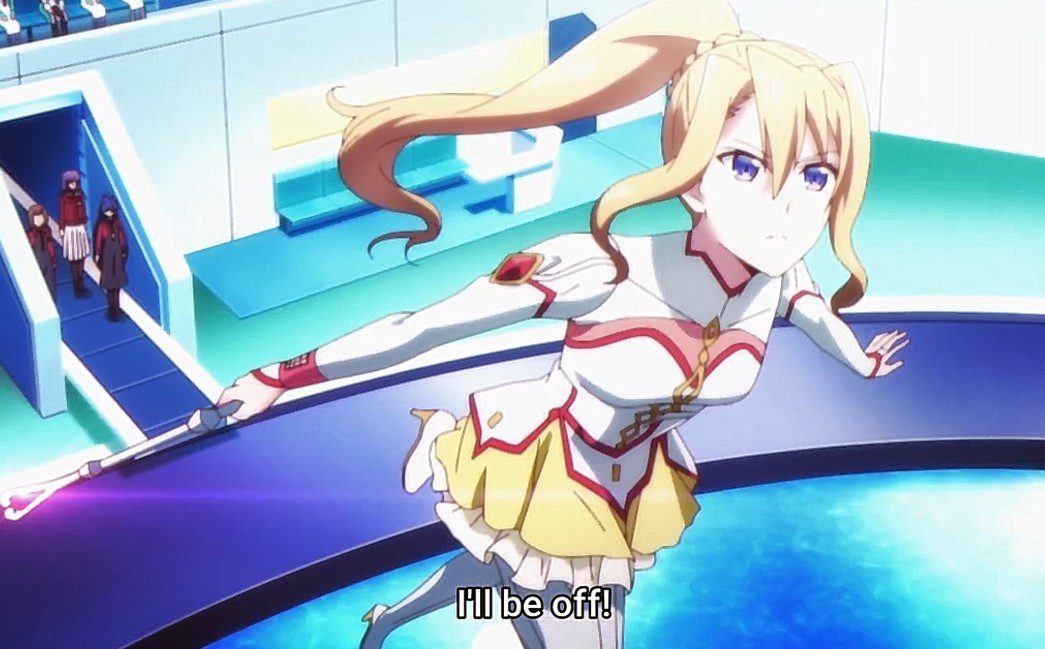 Honoka reminds Miyuki that Tatsuya is on their side and they will be okay. The girls realize that there are only two days left until the Nine Schools Competition is over. Miyuki talked about the Mirage Bat and the Monolith Code that will take place the next day. They realize that if they grab a win in one of those, they will seal First High overall victory. Shizuku noticed that Miyuki was worried and told her not to stress since they would do their best. They realize that they have to focus on their matches, and Miyuki thanks Shizuku for her advice.

Miyuki is glad that Honoka’s last victory gave them the advantage to lead, and they managed to get this far and the efforts of the First Team. She adds that all grades will be participating in the Mirage Bat Official Event. Miyuki realizes that she will be facing Isshiki in the finals and vow not to lose since one loss will tie the game; Miyuki adds that she will lead Fist Hight to victory. Meanwhile, Isshiki communicates with someone and agrees with what that someone has said.

Previously on The Honor at Magic High School Episode 12

Mizuo joins her and wonders if the cal is coming from her family. Isshiki replies that she has never hidden anything from her. She is worried about Ichijo’s loss that happened years day. Isshiki realizes that they have failed to show their cult as one family. Mizuo replies that the Nine Schools Commepetions is challenging that they can’t win easily. Isshiki feels terrible since her mother has come to Japan with many hopes, and if they lose the second one, it will be over form. She will be embarrassed to face her mother. Isshiki decided that she would win no matter what for her mother’s sake and hers. 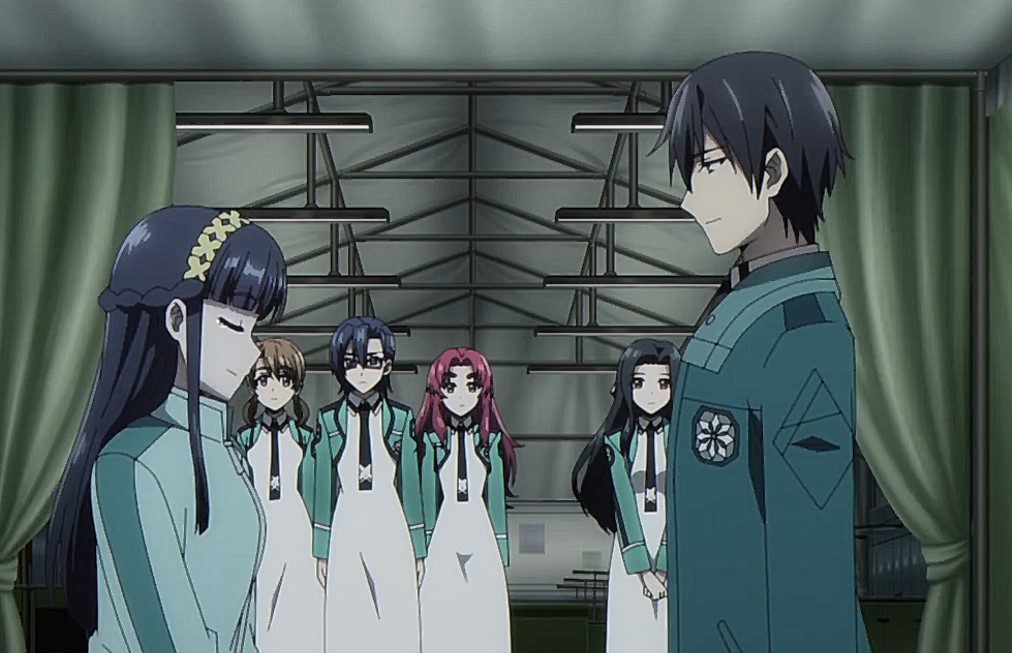 The two promised that the final tournament would end with their one-two finish. Later the Mirage Bat Official Even first match begins. Kobayakawa steps out to compete in the first match. The girls are glad that her CAD’s been adjusted to perfection. Keiko starts to dominate the game, but she fails when she is about to unleash a movement spell that didn’t activate. The guys overseeing the match grabbed her before she hit the ground. Keiko falls unconscious, and Miyuki reports to the girls that Keiko’s game has been forfeited. Shizuku wonders what has happened.

Miyuki replies that it was an accident, but Tatsuya suspects that someone tempered with Keiko’s CAD. Honoka wondered how that happened since the Tournament Committee checked the players before the match. Miyuki told the girls that Tatsuya was investigating the case. They both head to meet Miyuki, who is punishing the guy that tempered Keiko’s CAD, and he was trying to inject it into Miyuki’s CAD. They solved that problem, and the president teased Miyuki that Tatsuya could do anything for her. The finals begin, and Airi faces Miyuki. 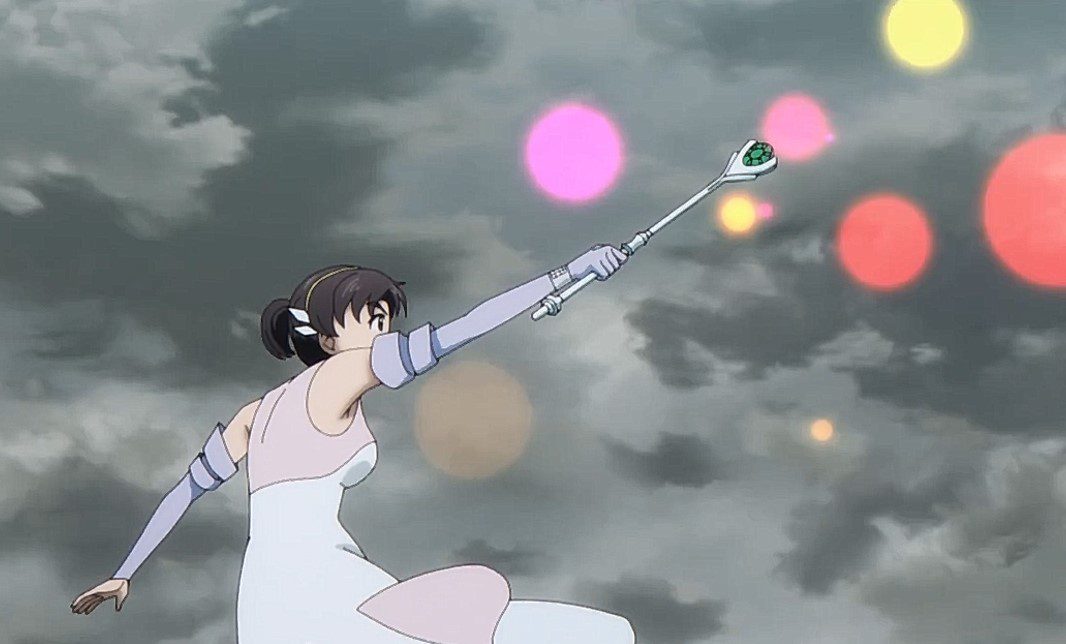 Where To Watch Honor at Magic High School Episode 13