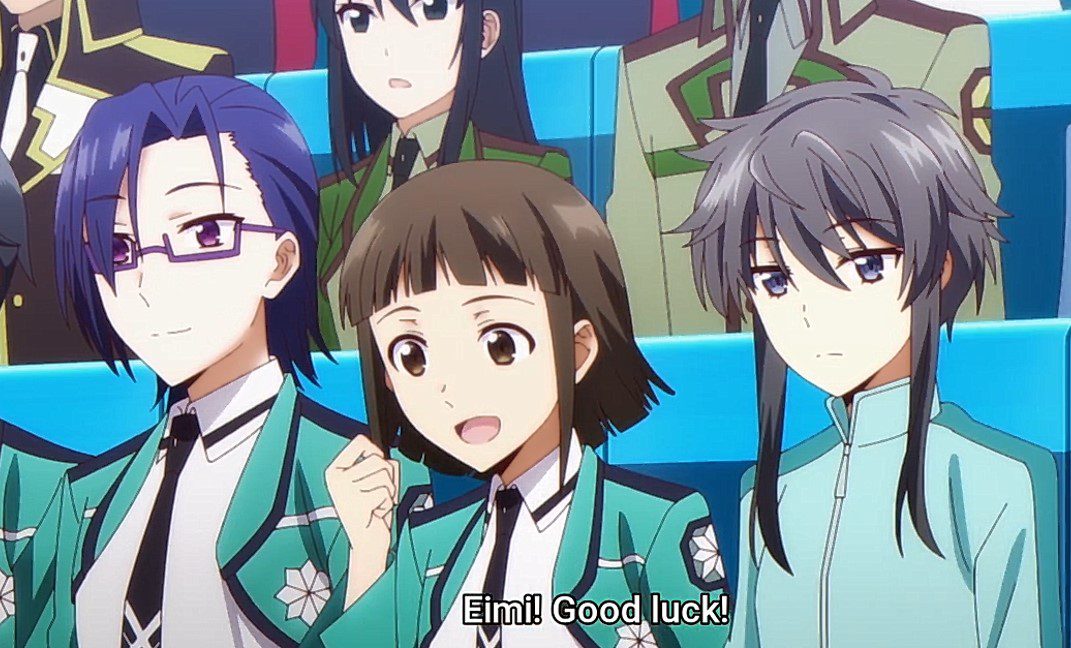 Shizuku realizes that Honoka made it to the next round and decided to give out all of her best. Tatsuya and the rest of the second years are waiting to see Shizuku with her opponent in this next battle. The president comments that those two rocked this arena, and now they are going head-to-head. One of the students comments that she heard that the higher-ups from the military are here. The two tease Tatsuya that he is siding with Miyuki even though he won’t show it since she is his sister.

The opponents realize that there is Tatsuya Shiba as the engineer on the other side. They wonder if this will be a crucial match from their side since they are facing a formidable opponent, and they will show their abilities. Masaki said that this is the annual dance party on the last night of Nine School Competitions, and he would like to dance with Ms. Shiba. Airi and Eri realize that they can’t miss this match, and Eri comments Miyuki will be going against her in the Official Mirage Bat Event.

Previously on The Honor at Magic High School Episode 10

Eri wonders what kind of fight Miyuki will bring to the finals. Eimi wonders what Shizuku wants to compete against Miyuki. Eimi adds that even if she is 100%, she won’t compete with Miyuki since she might not have a chance. The girls think that Shizuku thinks that she has a chance of beating Miyuki. But only Shizuku knows better that Miyuki is stronger. The players entered the arena, Miyuki vs. Shizuku begins. Honoka wishes Shizuku a good luck. Miyuki realizes that she told Tatsuya to favor one of them since it would be biased if he chose between her and Shizuku. 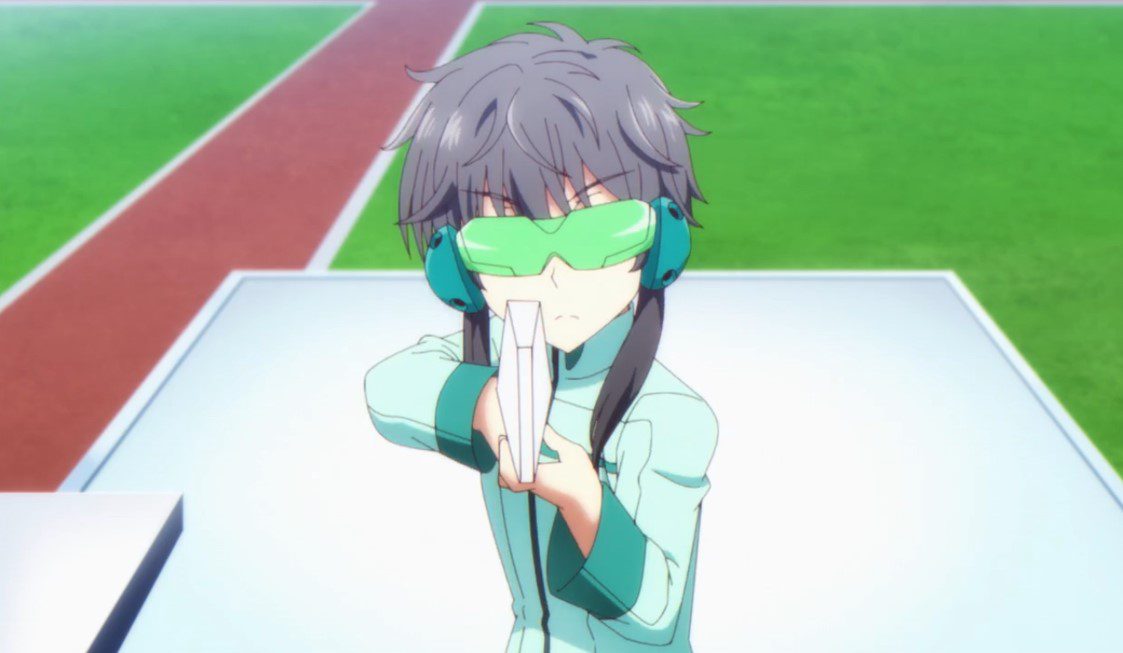 Miyuki feels empowered since Tatsuya is the one who puts a flower on her head. Shizuku believes that she will show Miyuki all the results of her training during this match. The match begins, and they both attack simultaneously without hesitating since they both have something to prove. The girls at the standing notice that the two uses Resonance Destruction against each other. Eimi realizes that the technique is Shizuku’s mom’s specialty. Miyuki uses Inferno to counterattack Shizuku, and the crowd notices that it is two big moves clashing right off the bat.

Shizuku doesn’t care how powerful Inferno is since the ice pillars get protected by data fortification that can block temperature changes. She believes that Miyuki can’t raise this temperature. Miyuki realizes that Resonance Destruction causes the entire fill to oscillate and decided to stop oscillation; Shizuku notices that Miyuki stopped the oscillation before reaching the resonance point, which she expects from Miyuki. The two analyze each other attacks as they enjoy this intense battle. Miyuki finished Shizuyku with a single blow and get announced as the winner. 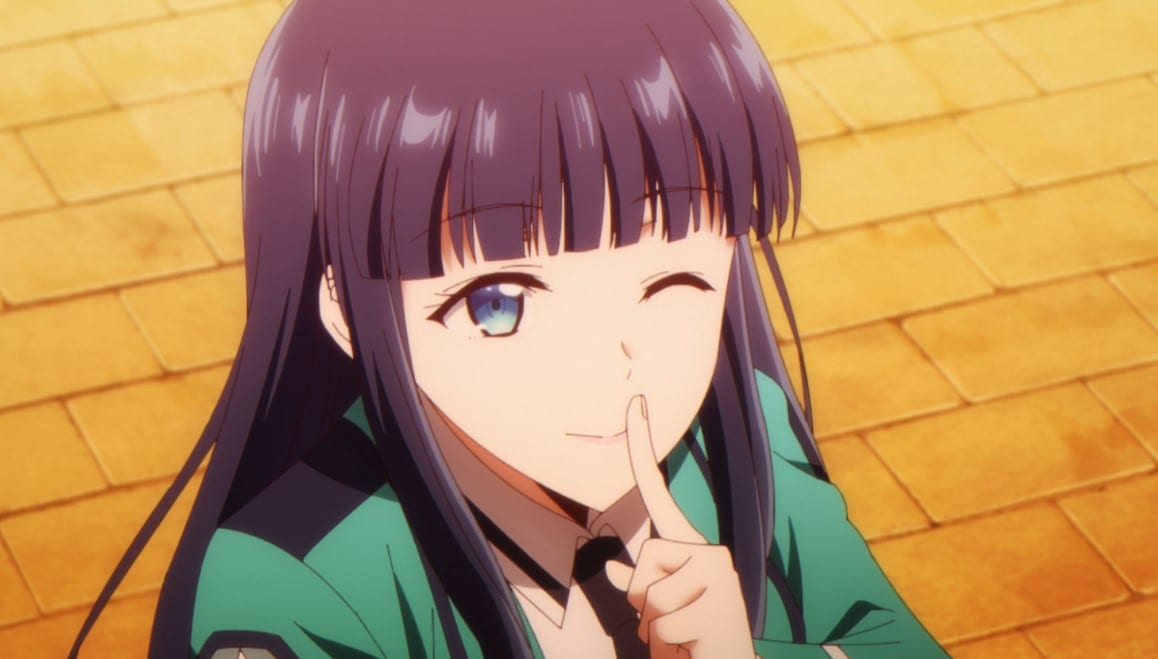 Where To Watch Honor at Magic-High School Episode 11