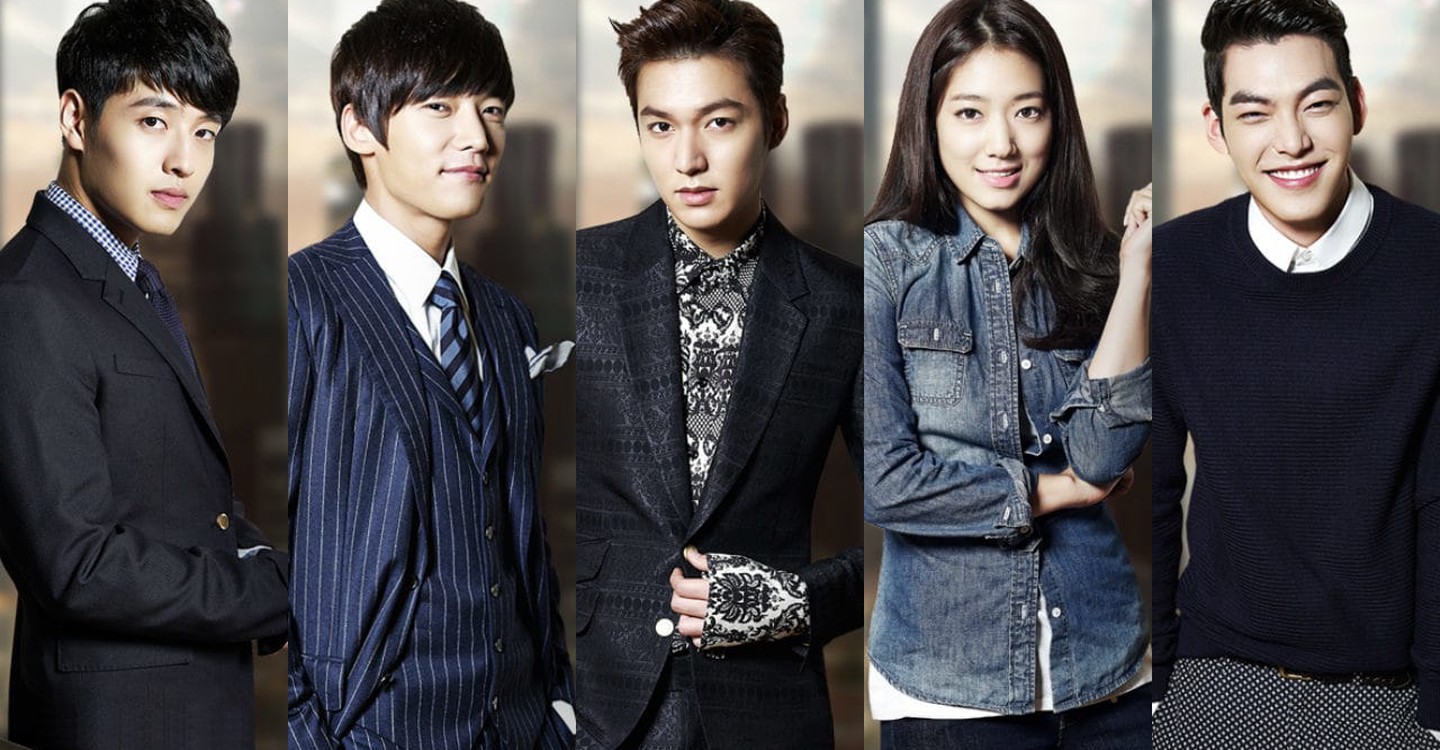 Updates on The Heirs Season 2

The Heirs Season 2 is an ongoing topic for the fans of the show. The drama was released in 2013, and to date, we remember every detail of the show.  The massive popularity of the show was so huge that it was released in 13 other countries. The drama was a huge hit in not only South Korea but also in Japan and China. The heirs are also known as ”The Inheritors”. Starring Park Shin Hye and Lee Min Ho, the drama made a place in the hearts of millions. It is a forever green drama in the South Korean industry. Many different dramas are often made from the adaptation of the show. Any slight resemblance of the renewal of the show makes the fans go weak in the knees.

TheHeirs was the first South Korean drama to be produced by the American digital platform, drama fever. The initials of the show were shot overseas in America. It globalized the drama to a certain extent, and the rest is history. Any Korean drama fan knows the name of this drama and wishes to see the stars again together. The whole cast and crew of the drama are start studded including the writer of the show who is quite famous. The writer Kim Eun Sook wrote a brilliant piece of work and was well appreciated of it. Each episode of the drama was sold at a high price in Japan. The drama also witnessed massive popularity in China, where it accumulated 1 billion views in the Yoku network. 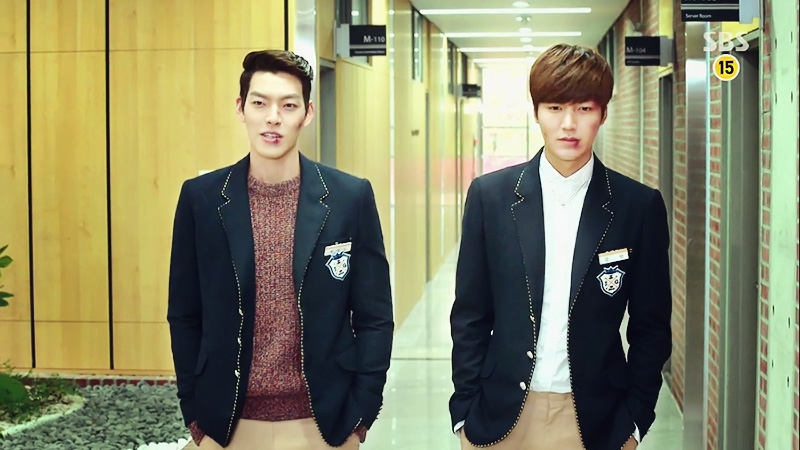 A still from the K-Drama, The Heirs

Not to mention the drama is an all-time hit show. Every actor present in the drama got immensely successful after the release of the drama. Actors like Lee Min Ho, Park Shin Hye, and Kim Woo Bin were already famous. But even actors like Kim Ji Won, Kang Min Hyuk, Kang Ha Neul, Park Hyun Shik, and Crystal, whom we saw in support roles, also gained immense popularity from the drama. Their career was kick-started by the show basically, and they got many offers after the show ended. We all have already now seen all these actors as main leads of dramas.

The story of the drama revolves around high school students who are ultra-rich. A girl named Cha Eun Sang, who doesn’t belong to the well-off group, somehow manages her sustainability there. Cha Eun Sang, Kim Tan, and Choi Yeong Do are the main characters around whom the story revolves. Kim Tan is the heir to Empire Group, but his mother is a mistress, and he is apparently the illegitimate child of the house. The identity of his mother is hidden before the public eye. He was sent off to America for his studies. 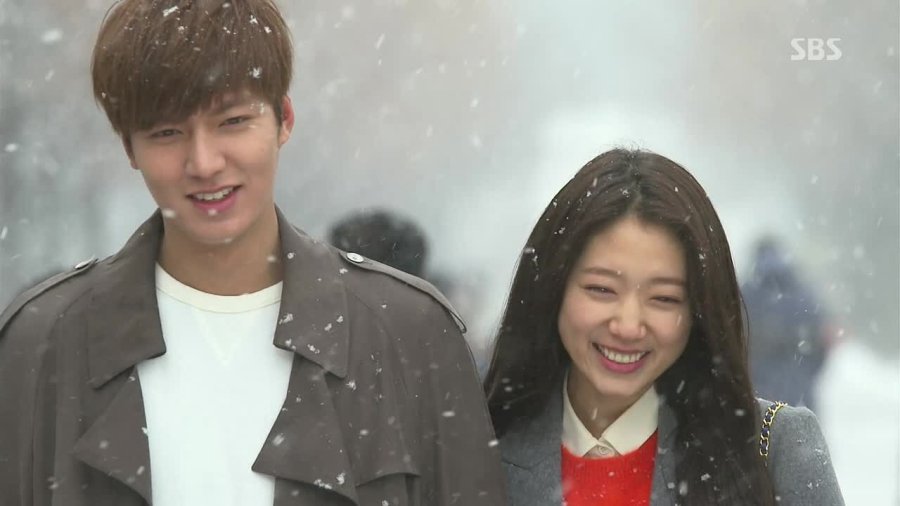 A Sill from the happy ending of the drama The Heirs

There he met Cha Eun Sang, who went there to visit her sister, who is lying to family and is not leading a proper life there. Cha Eun Sang is the daughter of his housekeeper, and he didn’t realize that he fell in love with her. Choi Yeong Do is another rich guy whose life seems perfect from the outside but disrupted from the inside. He slowly falls in love with Cha Eun Sang. The three get involved in a love triangle. Many hurdles come in the way of Cha Eun Sang after the rich family finds out about her relationship with Kim Tan. The two overcome the problems together and sets off for a happy ending.

As of now, any final confirmation on the release of the drama hasn’t been confirmed yet. The show was re-made into Chinese adaptations, and the show influenced many shows across the world. The huge popularity of the show is even evident on social sites, and there has been a talk about the renewal of the second season. All the cast might not be the same, but the Lee Min Ho and Park Shin Hye are sure to be a part of the second season. 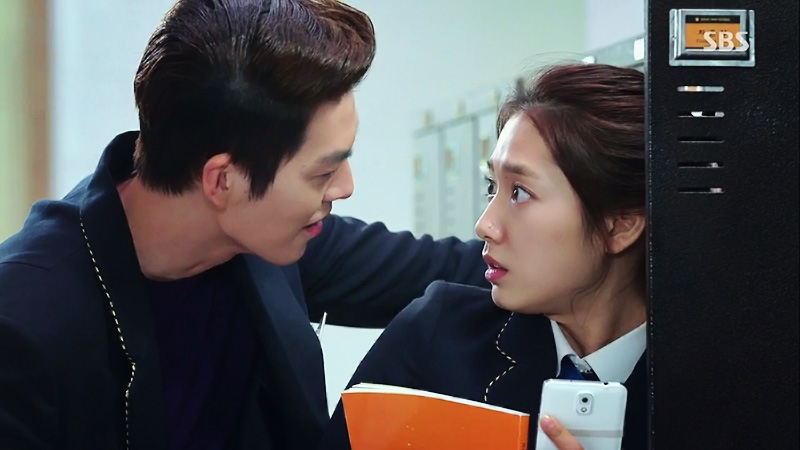 A Still from the K-Drama The Heirs

Kim Woo Bin is currently undergoing his treatment in the states and may not participate in The Heirs season 2. The first season was aired on 9th October 2013 and went off the air on 12th December 2013. If everything goes well, The Heirs Season 2 might start its production in 2022, but anything is not confirmed yet. Actor Lee Min Ho keeps hinting on The Heirs Season 2, but any final news is yet to appear.

Where to Watch The Heirs?

The Heirs Season 2 is not releasing so soon. But if you want to watch the previous season, you can watch it anytime on SBS world, Apple tv, and Kcocowa. The drama is also available on the international streaming site Netflix along with subtitles. It is also available on Viki with more than 100 subtitles. So, watch your favorite drama anytime on any of your preferred sites.

Read Lee Min-Ho And Lee Seung-gi Open Up About Their New Collab And Talks About Life; watch Now!