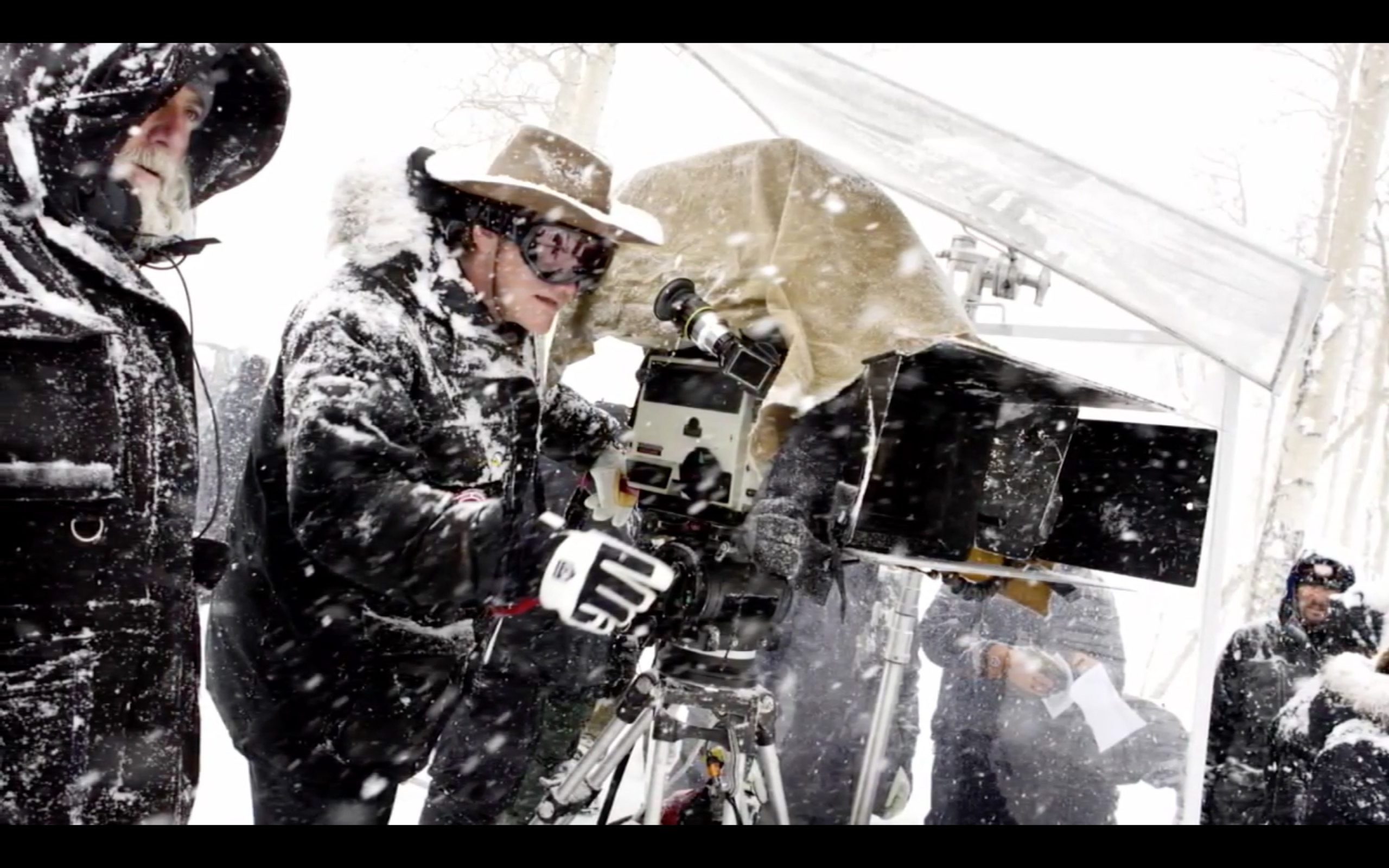 Kurt Russell’s character in The Hateful Eight is a bounty hunter. He is tasked with arresting and bringing Leigh’s evil Daisy to justice. He’s riding in a horse and carriage through the snowy mountains. After an interaction with Russell, Sam L Jackson’s character requests and receives a lift. Walton Goggins, posing as the Sheriff, joins them. They arrive at a tavern and are unable to continue due to a blizzard.

So now they’re trapped in a tavern with a man on a time-critical mission. Daisy’s gang, who Russell’s character knows is out there looking for her, is also involved. And, surprise, surprise, the tavern is full of characters with unknown motives. The popular haunt’s original owners are nowhere to be found.

That minor detail, I’m sure, will go unnoticed. So, maybe 30 minutes into the action, we have a shit storm in play. The outdoor shots only make up a small portion of the film. So, why write about these locations, you might ask? It was either that or the heavy fur coats featured in the movie. And I’m very passionate about animal protection and other things. So I didn’t want to draw attention away from the amazing brown piece worn by… Or the fantastic hairpieces wore by the cast, with the exception of Kurt Russell’s magnificent mustache. However, as a canonize challenged person, this would have been too painful.

There aren’t that many The Hateful Eight Filming Locations to cover. It’s just the mountain and the ranch where it all goes downhill. And it does fall. In short, sharp bursts. The inner part of the ranch where our heavily fully dressed characters collide is a Los Angeles studio. Red Studios, to be precise. If you’re not in LA, it’s not worth visiting. It’s also a studio.  Since it’s a studio, it didn’t preserve the tavern set. 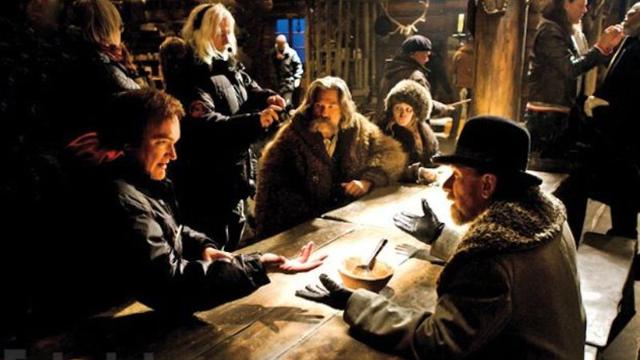 The rest of the film was shot in Colorado. On October 26, 2014, the state of Colorado agreed to contribute $5 million to the production of the film, with the majority of the film being shot in Southwest Colorado. The production rented a 900-acre ranch for filming purposes. On December 16, there was a meeting, and the county planning commission approved the development of a temporary set. On January 8, 2015, principal photography began on the Schmid Ranch just next to Telluride in Colorado.

If Quentin Tarantino’s 2015 snowy western, set in the fallout of the American Civil War in a snowed-under carriage stopover, intrigued your interest, a road trip to try to locate the film’s awesome locations is a one-of-a-kind way to see the finest of Colorado. The set was constructed on the Schmid Ranch, 4553 County Road 60M, approximately ten miles west of Telluride, Colorado, in the darkness of Wilson Peak in the San Miguel Mountains. Colorado car rental is quick and easy, begin to explore this diversified western state for your enjoyment, from the Sonoran Desert outside its southern border to the vast, foggy Rocky Mountains that cover a wide portion of the state from north to west. 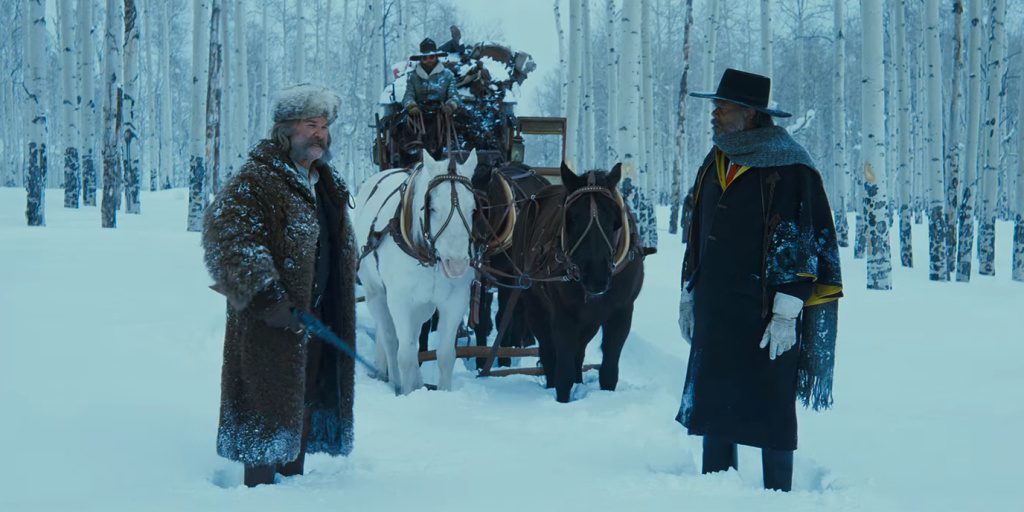 Telluride, the old mining town in southwest Colorado, in the soul of the Rockies, tailored to fit in on all sides by densely forested mountains, will knock your socks off if you enjoy both winter sports and Tarantino films. Even non-skiers will enjoy a visit to this magical town, which is surrounded by stunning scenery and walks. The cast members of The Hateful Eight stayed here while filming, making Samuel L. Jackson and his co-star locals. There are numerous of Colorado’s finest hotels, coffee shops, and Wild West-themed bars to keep you entertained, fed, and water. To get the full snowy effect, visit during the winter months (which last until February).

If Telluride sounds familiar, it’s because it hosts a large film festival every year. It is close to a (yearly) film festival and can facilitate weddings. That is, indeed, the pitch. You can have your wedding in the same location where Tarantino shot his film. And you know what they say about Tarantino and weddings: they end up being quite eventful. 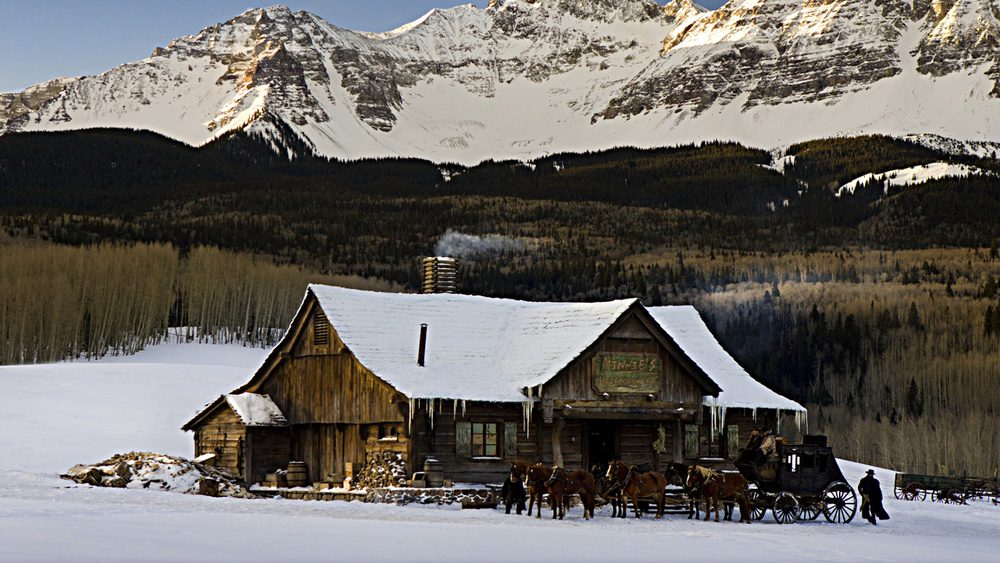 The Schmidt Ranch is where all the team of The Hateful Eight constructed their stagecoach set and where the large percentage of the filming took place. Wilson Mesa, ten miles west of Telluride, offers a dramatic landscape all year. The ranch, which has been owned by the Schmidt family since 1882, honors the local area and its history while providing visitors with the opportunity to experience this rugged, remarkable location with a stay in a classic hunting cabin.

The Schmidt Ranch on the tallest Wilson Mesa was used to construct and film the actual set. Although rumors circulate that Tarantino hoped that filming in Telluride and the surrounding hills would help bring jobs and money to the area, the area’s good amount of consistent, dependable snowfall is assumed to have played a significant role in Tarantino’s decision to film there.