The Greatest Demon Lord Is Reborn As A Typical Nobody: New Trailer Released 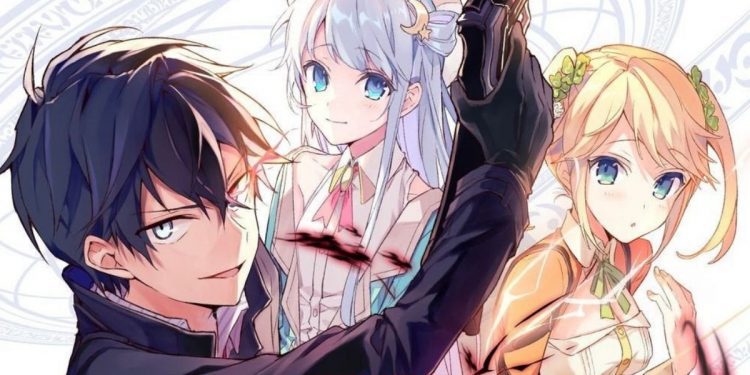 The Greatest Demon Lord is reborn as a typical nobody

Also read: Anime Series To Watch If You Love The Fantasy Genre

The Greatest Demon Lord Is Reborn As A Typical Nobody: Release Of The Official Trailer

The previous year, 2020, was a year of the release of all-new amazing anime and the official announcements for a lot of the most anticipated anime to be released in the future. One such series that falls into the latter category is Shijou Saikyou no Daimaou, Murabito A ni Tensei suru, also known as The Greatest Demon Lord Is Reborn as a Typical Nobody. The announcement about the release of the anime was made last year on the 6th of May during the Light Novel Expo 2020 event. With the time of the anime’s release date fast approaching, with The Greatest Demon Lord Is Reborn as a Typical Nobody being set to be released in April 2022, the official trailer of the same was also released. The trailer, now officially released, has managed to hype up Otakus, even more than they previously were.

Synopsis: The Greatest Demon Lord Is Reborn As A Typical Nobody

Shijou Saikyou no Daimaou, Murabito A ni Tensei suru is originally a light novel authored by Myojin Kato, with the artwork provided by Sao Mizuno and was first published on the website Shosetsuka ni Naro. Due to its rising popularity, it was brought by Fujimi Shobo and published in Fujimi Fantasia Bunko. Eventually, the series became so popular that it got a manga adaption that continues to be published in the Monthly Big Ganagan Magazine. Now, the series is set to receive an anime adaption produced by two studios, Silver Link and Blade.

Synopsis: Demon Lord Varvatos has attained a level of power that has easily won him the title of the most powerful being in the world. However, his status, riches, and power could mean less to him when life has become utterly boring for him. With him being the most powerful human, all that Varvotas ironically yearns is for an opponent that can defeat him. Maybe achievements come for a price because neither does Varvatos get a thrilling fight nor does he have any friends to confide to. With a power that is beyond the comprehension of a normal person, his friends began to fear him. Thus, Varvatos decides to do everything within his power to achieve his desires, that is, move on from this life and reincarnate as an average person with average abilities.

Varvatos destroys most of his powers to become an average magician, and more than a few hundred thousand years takes rebirth in the modern world as a guy named Ard. To his chagrin, what he didn’t foresee was that everyone in the modern world is a weakling even compared to the weakest in the previous era. Thus, once again, the very life that he was trying to escape from has found him again with the title of the most powerful being. Not only is he given the proposal to become the next monarch by the royal family itself, but is also, in addition, being sought over by many women. Though Ard is determined to achieve his goal in this life, what shall he do when his fate as the most powerful human won’t leave him alone?

Also read: Top 10 Harem Anime For Your Watchlist Ranked in 2021