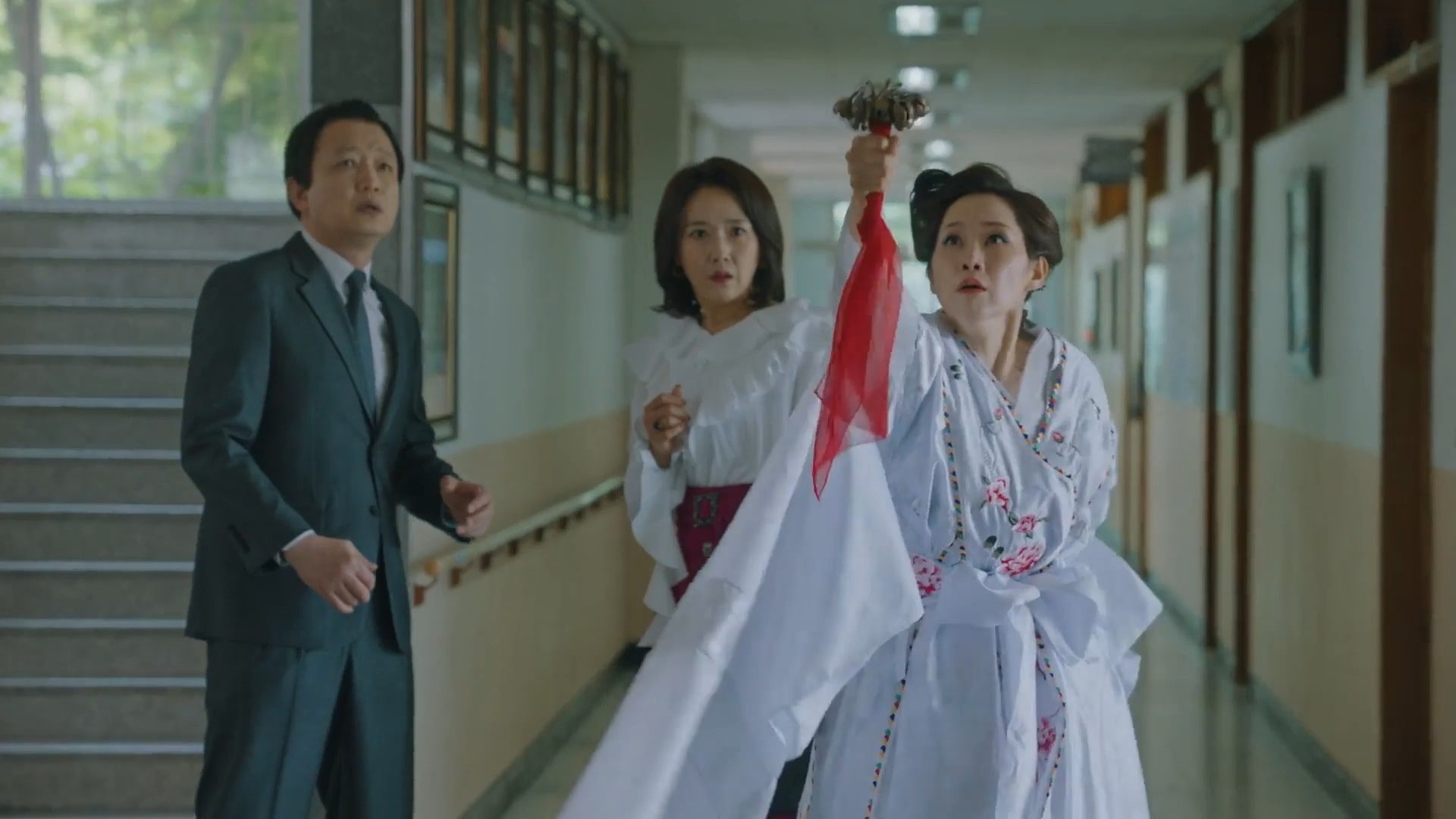 The Great Shaman Ga Doo Shim Episode 9 is arriving in the upcoming week. The fantasy romance drama has completed its half journey and moving towards the end. Until now, the story has progressed, and various secrets have been revealed. The characters’ development may seem fast. But understanding each episode runs for a short duration, it appears logical. In the latest episodes, romance is blooming between the two leads. However, obstacles are coming their way non-stop, whether it be the evil spirit, elders, or the principal, Doo Shim and Woo Soo overcoming every hindrance together.

With the plot advancing, the last episode was kind of slow pace. It presented the problems Doo Shim, and Woo Soo would encounter in future episodes. It seemed Doo Shim was finally catching the principal’s suspicious behavior. Then there was another mock test announcement that led to the revelation of the next victim, Ae Kyung. Myo shim felt that the school was full of non-human begins and warned Do Shim to transfer school. Hyun Soo informed her that he viewed the person chasing the evil spirit but not recognized yet. Also, there was a slight romantic brush between Doo Shim and Woo Soo, who stayed by each other from the start till the end. Eventually, the episode ended with Woo Soo finding the dead students’ spirit. However, there he encountered someone he never thought would.

Episode 8 begins from where the previous episode ended. Do Shim is asked to go to the principal office where Woo Soo’s mother is already present. However, when she feels she has to handle the coming trouble alone, Woo Soo joins her, shocking everyone. It shows the principal offers her to either transfer or quit school. The reason is that she is disturbing the academic atmosphere, such as she left class without permission and also she was there when Il Nam committed suicide. Woo Soo interferes hearing their biased reason saying he did the same thing. 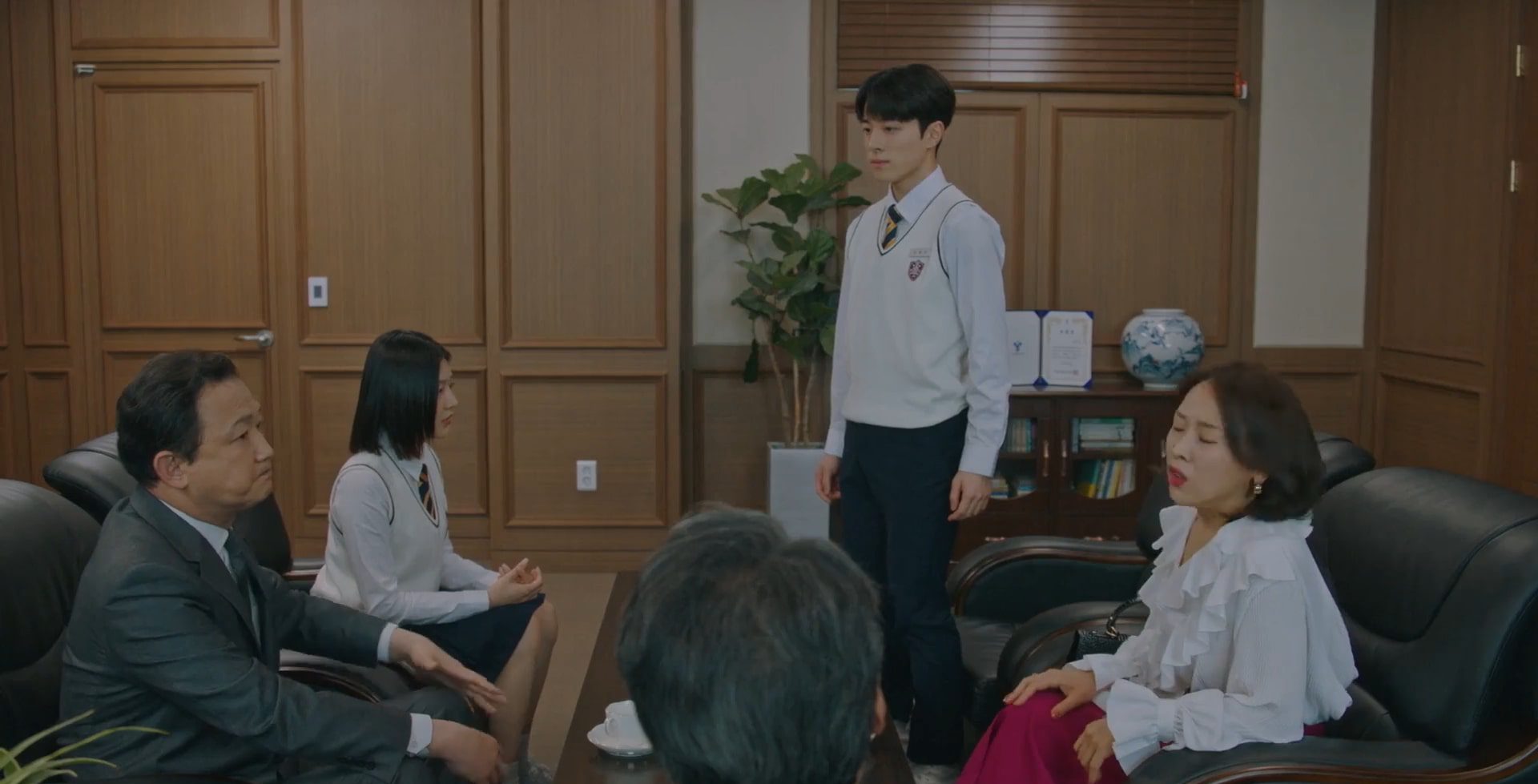 Seeing Woo Soo taking Doo Shim’s side in front of everyone, the principal tells them he will give her one more chance and instructs everyone to leave except Doo Shim. At the same time, Hyo Shim comes there in the ritual attire and crosses paths with furious Woo Soo’s mother and Sung Wook. They tell her that the principal decided to let Doo Shim continue here. She sighs in relief, but suddenly the bells ring that shocks them. She tells them it only rings when there is a ghost nearby. Hyo Shim’s hands shake abruptly as the ringing sound fills the corridors, almost dragging her to the door located in a corner. Sensing something she should not have, Hyo Shim hurriedly leaves the school.

Doo Shim, on the other hand, has a one-to-one with the principal where he tells her to stop her causing problems and talking about evil spirits. She realizes and asks she never talked about that, how he knew about the evil spirit. The principal tells her that he heard it from students and gives her a report card which shows she ranks 101. That surprises her, and later she talks about it to Woo Soo. When Woo Soo asks about Il Nam’s whereabout, Doo Shim informs him that Hyun Soo has evacuated Il Nam’s soul somewhere she does not even know. They have little time, and once Il Nam’s mother agrees to remove the respirator, his spirit may disappear. It seems Il Nam is in a coma.

The principal tells Sung Wook to conduct another mock test, and he will take responsibility if anything happens. That leads to Lee Ae Kyung losing her mind because she feels she would be the late one this time. She encounters Doo Shim at a bus stop and asks about her future death. Not getting an answer, she runs away and almost commits suicide inside a public bathroom cutting her wrist. However, Doo Shim shows up there and stops her informing. She will not die. Later, Woo Soo tells her that he was thinking of their current situation as a game and will definitely save his friends from dying. 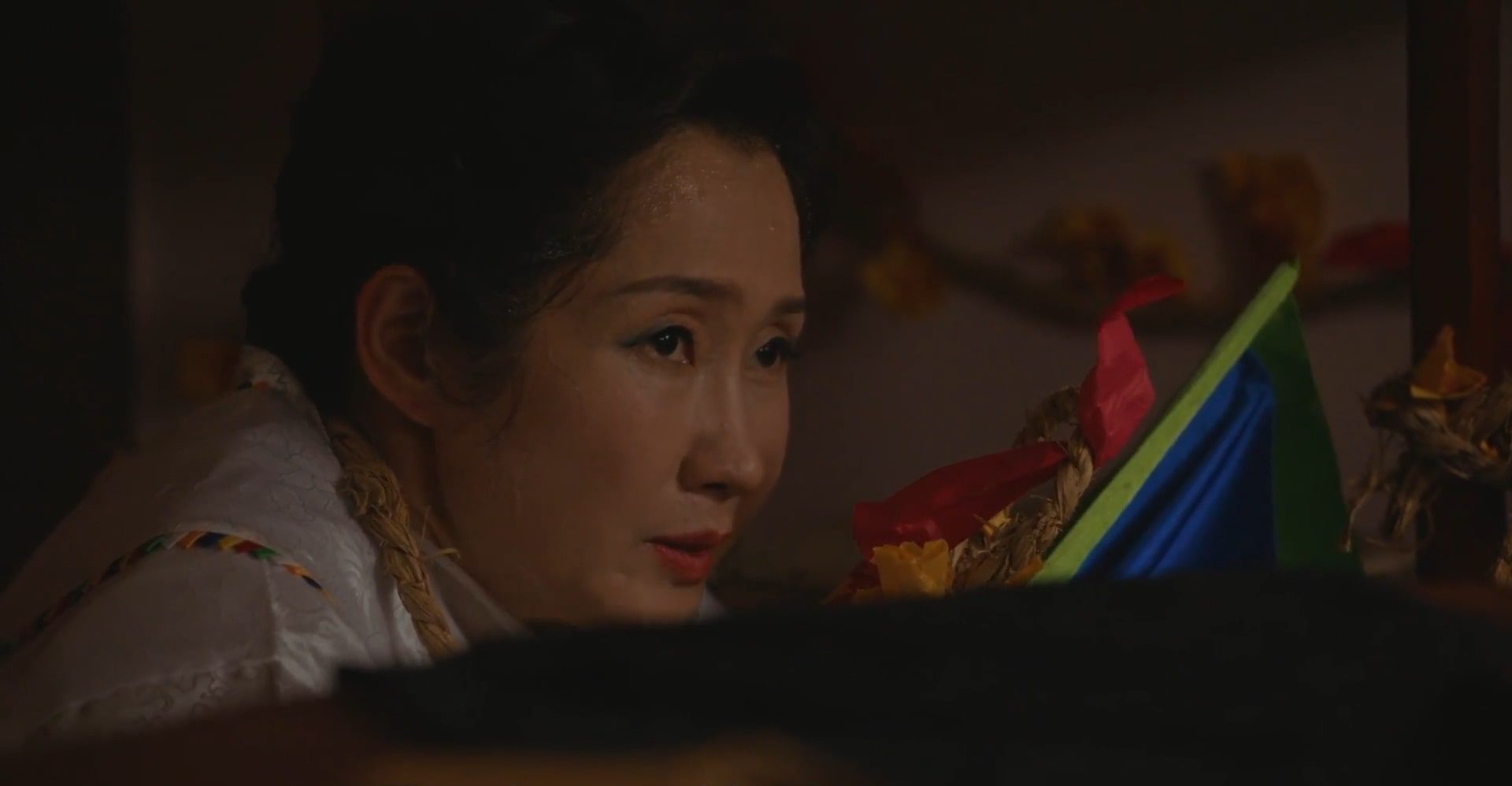 Doo Shim reaches home, where Hyun Soo tells her that someone was chasing after the evil spirit, and he looks familiar but does not remember where he saw him. It reveals that the person is none other than the principal. However, Hyun Soo has not recognized him yet. After entering the home, Doo Shim finds her mother under a table in the worst form, trembling in fear of something. Myo Shim tells her to transfer school as the current school basement is full of non-human beings. By the ending, Doo Shim decides to go basement alone after thinking about her mother’s words. She hears whispers ringing her ears, and she loses consciousness there. The episode ends with Woo Soo entering a room where he confronts all those dead students, and lastly, a person comes forward that turns out to be Ga Doo Shim, shocking Woo Soo. 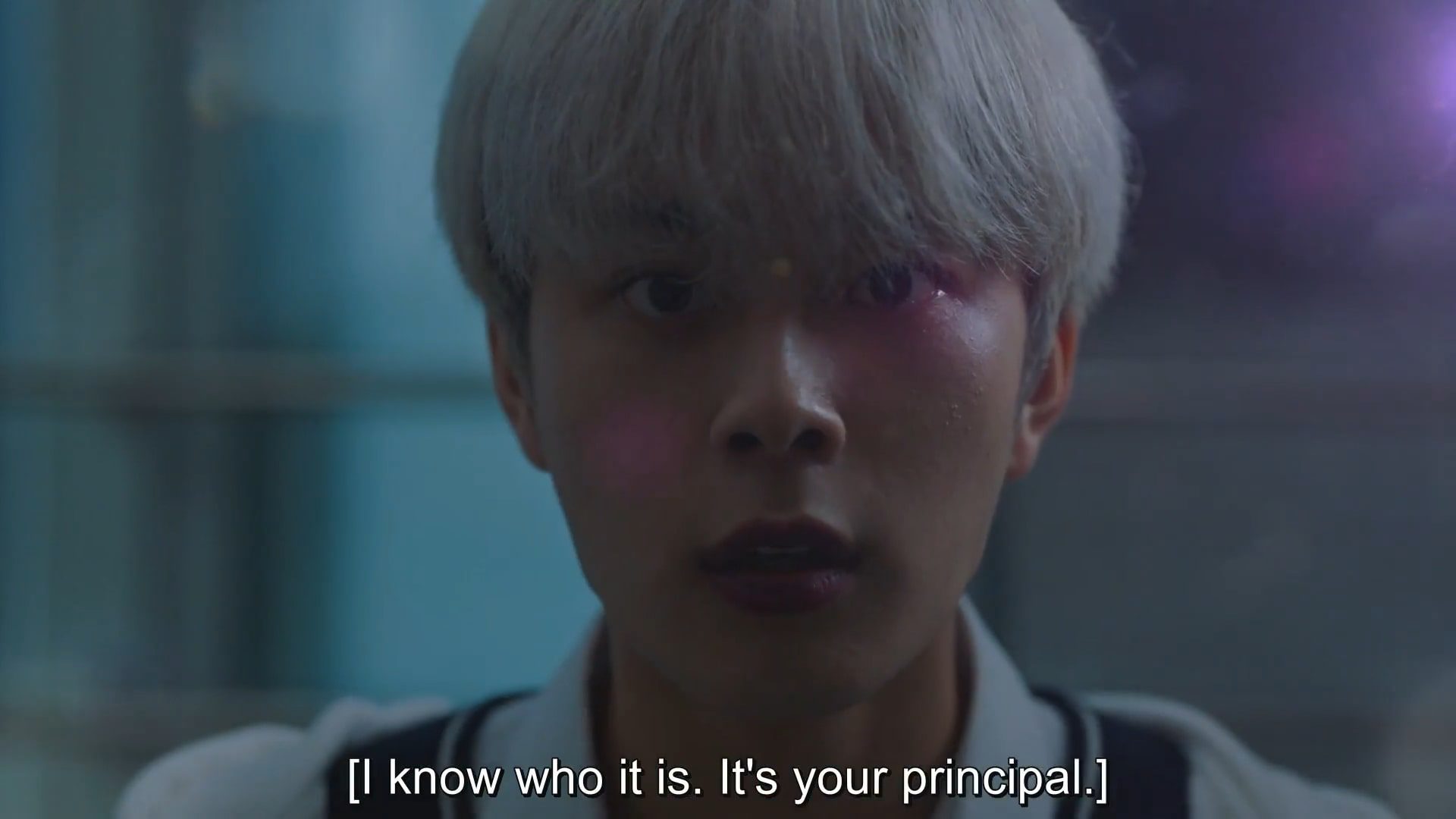 The Great Shaman Ga Doo Shim Episode 9 preview is already out! The preview is full of spoilers! In the next episode, we will see Doo Shim and Woo Soo finding out that the dead students’ spirits locked up in the school. Lee Ae Kyung will get more anxious about the test and will keep ask whether she will die or not. Finally, the highlight of the preview where Hyun Soo finds that the principal is the one who was chasing the evil spirit.

Thus, Doo Shim and Woo Soo fighting against the adults who would not even believe their words. They will find more evidence to win this battle. The preview ends with Doo Shim resolved to expose and punish the person who killed her grandmother. The next episode will be another step the leads are taking towards the closing. But in the battle, will they lose something precious to them? To find out more, watch The Great Shaman Ga Doo Shim Episode 9.