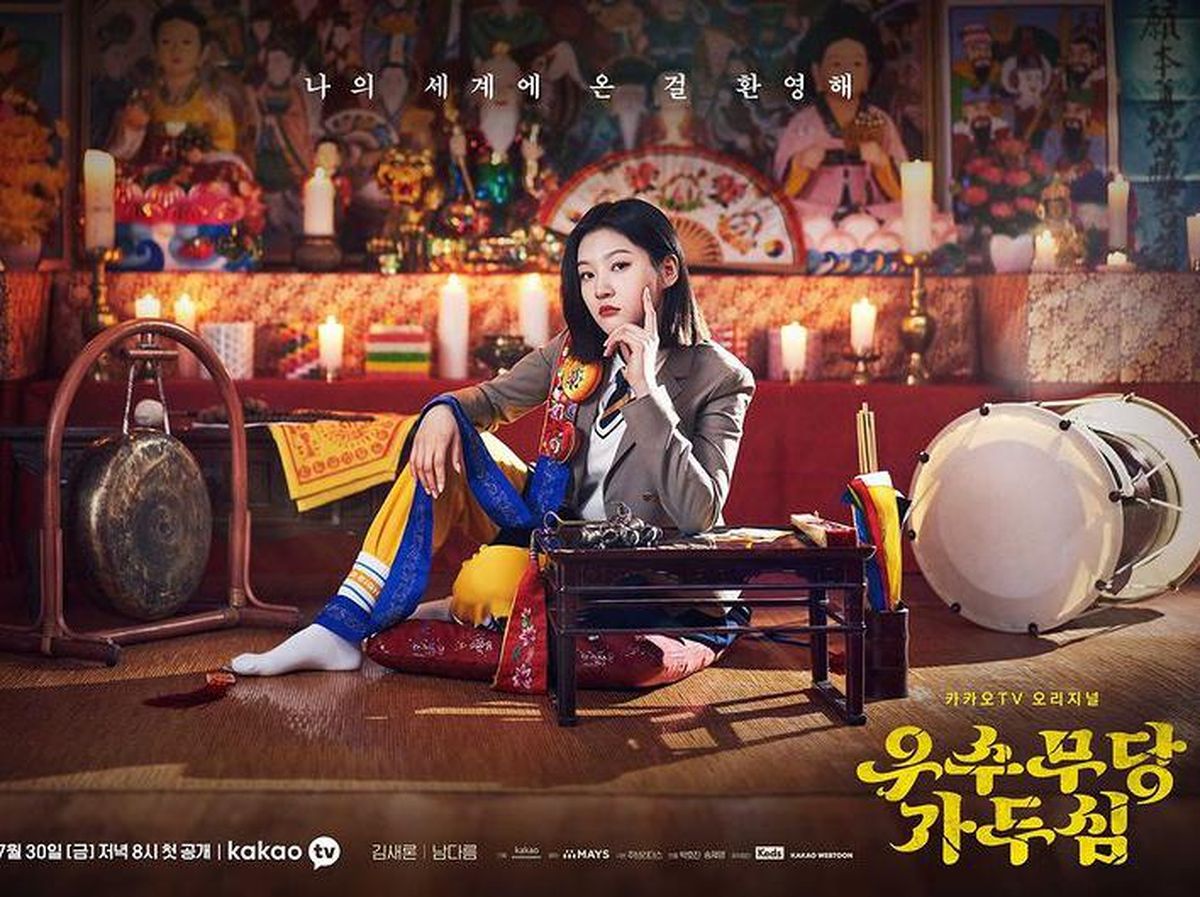 The Great Shaman Ga Doo Shim Episode 7 is coming soon to meet us this week. The fantasy romance k-drama The Great Shaman Ga Doo Shim has become the center of attention after episode 6 was released. The episode made us speechless with its intriguing storyline and a sweet touch of romance between our main leads, Kim Sae Ron and Nam Da Reum. With such a short duration, the plot seems to be going super-fast yet, the romance between Kim Sar Ron and Nam Da Reum in the latest Episode 6 has made viewers bask in a pink bubbly bliss.

Kakao’s first original fantasy mystery, The Great Shaman Ga Doo Shim, completed its half journey last week. Now only half part has remained to conclude the drama. The latest episode has shown us a very developed romance between the main protagonists; the plot has moved into its next phase. The evil spirit that haunted down students with bad grades has returned and become more powerful than before. Previously Ga Doo Shim had her grandmother, Myo Shim, to guide her but now? She is not alone. Now she has to face off the evil with her newly become friend, Woo Soo. Will they really be able to battle against the most powerful spirit?

Episode 6 begins from where Episode 5 ended. The fight between Woo Soo and Il Nam eventually halts as Woo Soo sense something unusual on the basketball court, and he could not be any wrong. The evil spirit is released from the old locker room. And the culprit is none other than the school’s principal. Ga Doo Shim, on the other hand, senses Woo Soo is calling her. She runs to the court at the perfect time and saves Woo Soo and confused Il Nam. To save Il Nam and buy some time, Doo Shim decides to face off the evil spirit alone while Woo Soo and Il Nam escape and run outside the school. 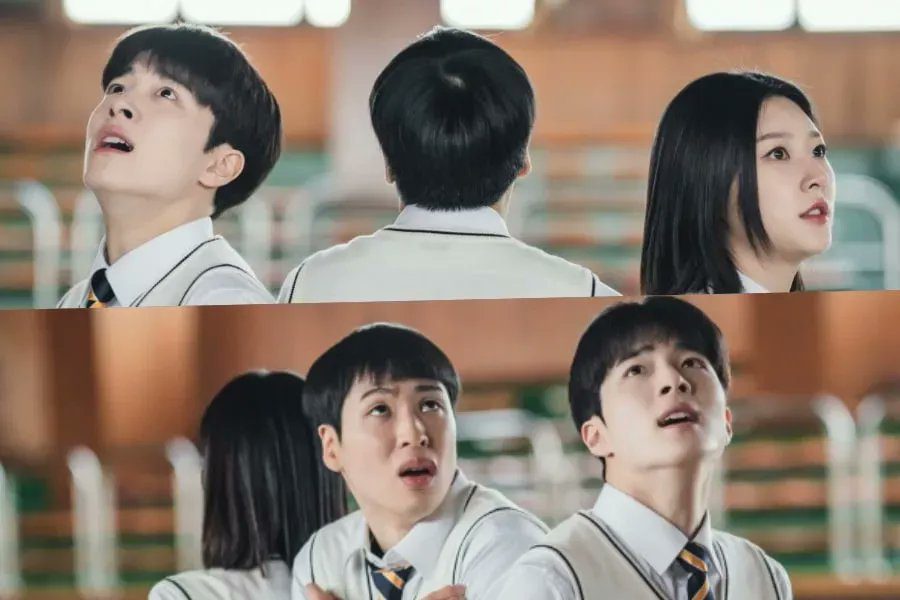 Of course, the spirit is powerful than them as he chokes them. At the same time, Do Shim comes there with her square of spirits, who help her fight against the possessed delivery man. Meanwhile, Doo Shim, Woo Soo, and Il Nam escape and go to Doo Shim’s house as it seems safer than being outside. At Doo Shim’s home, they tell Il Nam everything about the evil spirit, but he does not believe them and even taunts Woo Soo for losing his mind and believing Doo Shim. The evil spirit comes outside her house but immediately captures in the pocket of the principal. All of these Hyun Soo sees. 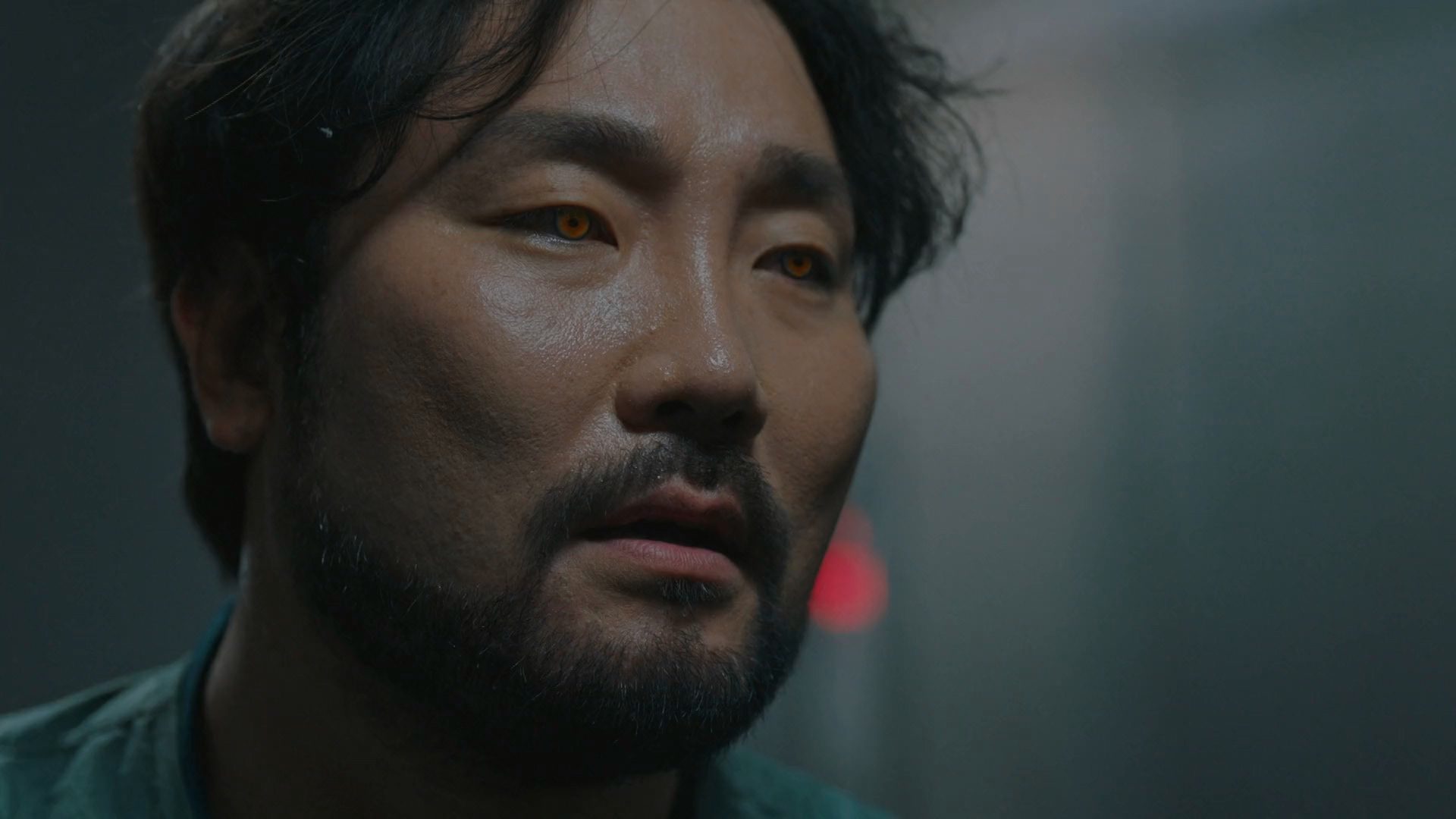 Inside the house, Doo Shim reveals everything Il Nam’s father said to her to make him understand that her world is real; she is telling the truth. Hearing his father’s words, Il Nam burst into tears as his heart splits in pain after learning his father’s concern. The episode comes to near-end as Woo Soo and Doo Shim talk outside about their futures where he wants to know what his future be like. Doo Shim instructs him to close his eyes and tells the darkness he sees is his future. Which Woo Soo interrupts her saying all he sees is her. Thus, ending the episode on a sweet note- “Are you my future?”

The Great Shaman Ga Doo Shim Episode 7 trailer is already out! From the preview, it seems the story is going to pick up its pace now. The trailer shows Il Nam goes back to school, saying he left something there. Woo Soo follows after him and finds him sitting on the window of the classroom. Meanwhile, Doo Shim’s mother, Hyo Shim, informs her that they will close their business and move somewhere else. Thus, Doo Shim will have to transfer. 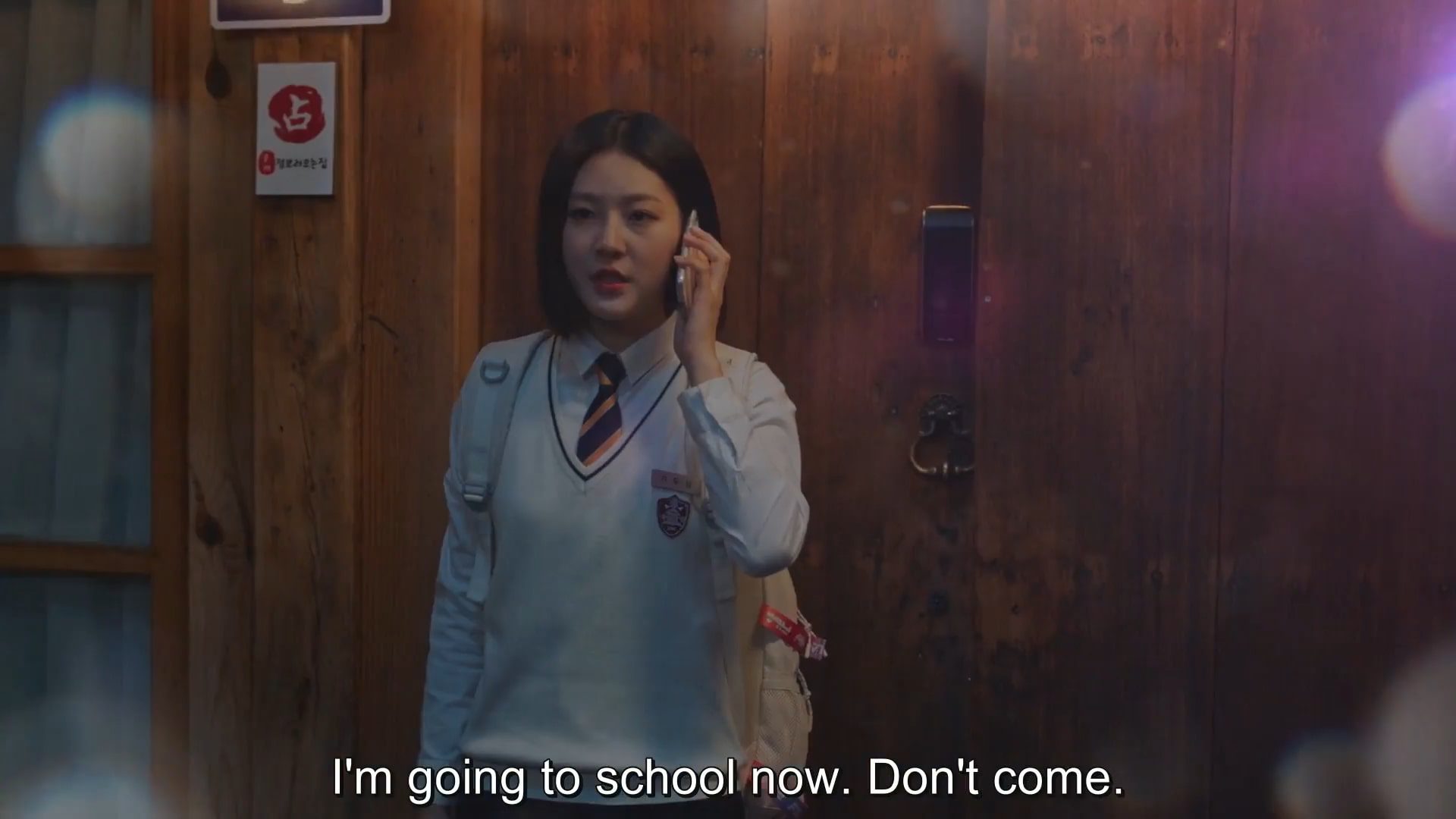 However, Doo Shim is more determined to end the current affair and not leave her friends alone to battle against the evil spirit. Doo Shim then follows her friends and goes to school. The trailer ends with Il Nam falling off the window before Woo Soo and Doo Shim reach him. It seems the next episode will be a tear-jerker seeing Il Nam’s scene, but only time will tell what exactly happens. Watch The Great Shaman Ga Doo Shim Episode 7 to know more about how the story will unfold.