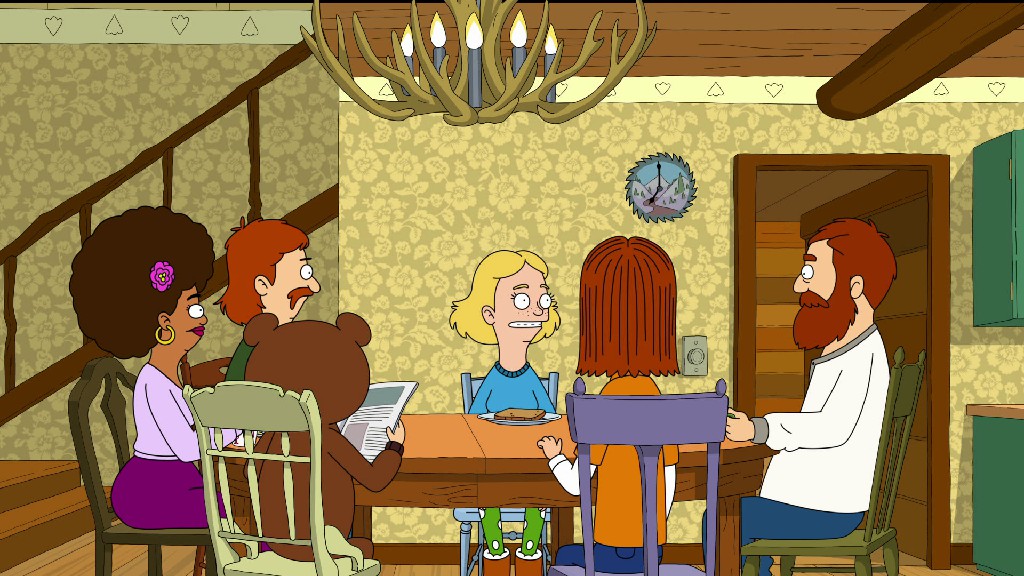 A Still From The Great North S01E07 Featuring The Beef Family Having Morning Breakfast (Credits: FOX)

Fox’s The Great North is making its return back to television with the upcoming eighth episode now. Wendy Molyneux, Lizzie Molyneux, and Minty Lewis created The Great North as a brand new sitcom for Fox. The show joins the likes of successful shows by the studios. These include several ventures such as The Simpsons, Bob’s Burgers, Futurama, and American Dad. The Great North is currently on its first season run. So far, it has received a positive response. The fans have dubbed the show as a warm and hilarious addition to the already packed roster of Fox Broadcasting Network.

The Great North follows a story set in Alaska about a single dad trying to keep his kids together. Most importantly, his daughter Judy dreams of being an artist in her own coming of age story. Recently, The Great North went on a two-week break. The upcoming eighth episode will mark the show’s return to regular programming. So anyway, here we are taking a look at what to expect from The Great North Episode 8 and what happened previously on Fox’s animated sitcom.

Previously on The Great North, we opened to morning breakfast at Tobin’s house. Judy comes down the stairs with happiness as she is given a golden opportunity to showcase her artistic skills at the school. The task is to repaint the school’s mural. The breakfast remains calm until Moon Tobin reads a piece of unsatisfactory news in the paper about his father. Beef Tobin is accused of knocking down Vera Warren’s British Chimney Sweep Garden. 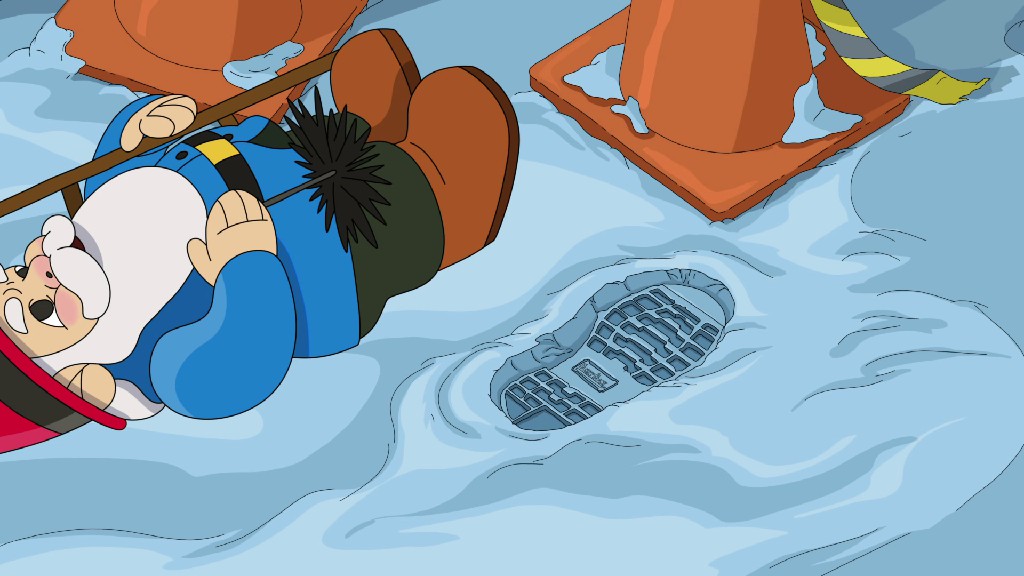 The family sets on a journey to prove Beef Tobin’s innocence. They approach Vera Warren and finds out insights into the case. On investigating, they realize the footprint around the destroyed garden is larger than Beef Tobin’s shoe size. This leads them to go to another source. On the other hand, Judy is advised to have an adult guide her, so she chooses Alyson to be by her side during the paint of the school’s Murial. But soon, Alyson starts taking over.

The Investigation And Mural Paint Continues

Wolf Tobin, Honeybee Shaw, and Moon Tobin take the investigation to Greg’s shoe store. He knows everyone’s size in town. Plus, he reveals the foot size is the one Beef Tobin himself brought, and he thought it is a gift for someone. On the other hand, Alyson makes the art team do weird exercises until Ham Tobin joins again with an idea about menstrual products. Finally, Alyson decides to paint something related to menstrual products, which are against Judy’s wishes. 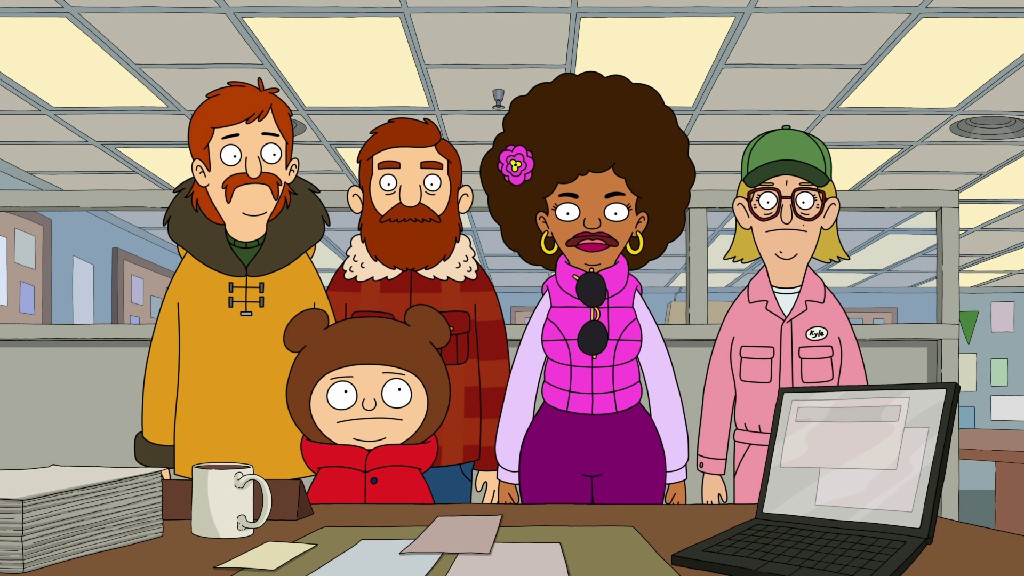 A Still From The Great North S01E07 Featuring The Beef Family With Junkyard Kyle (Credits: FOX)

Judy approaches the principal with the idea, who ultimately denies it too. This makes Judy happy, who originally wanted to go with her idea. But it doesn’t go well with the art team as they continue the paint for women and their sanitary issues. Wolf, Honeybee, and Moon interrogate Beef Tobin, who reveals he bought the shoes accidentally and still has them. Only to find it missing.

Judy takes a talk with Alanis, who comes up with strong advice for her. Judy approaches a new idea to the art team until a new guest arrives, accompanied by the principal. Guest Sandy Flats and Principal are shocked to see a huge vagina written on the wall instead of fingers as planned by Judy originally. Ultimately the whole Mural Painting plan is scrapped. 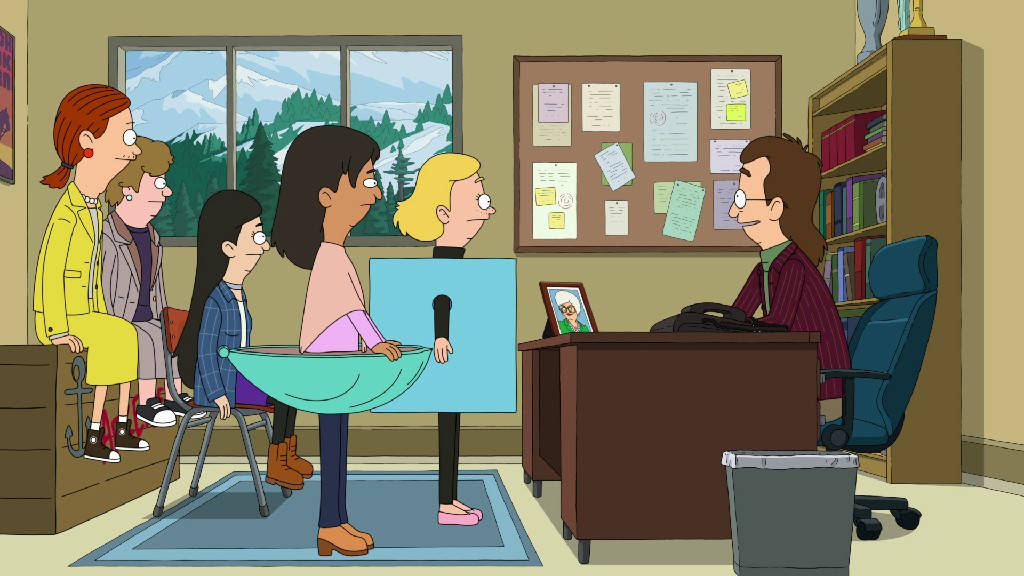 A Still Featuring The Art Team of Judy applauded by Principal (Credits: FOX)

The cancellation of Mural paint bursts Judy. She dreamed of it being her mark, and now everything is in the dust. A breakdown in the washroom leads Judy to find out about Sady Flats and her Flarts Sanitary pads. On the other hand, Beef Tobin is at Junkyard to meet Kyle, who is avoiding him. The investigation comes to the conclusion that it was Junkyard Kyle behind the mess up. Plus, Vera wanted him to do so. On the other hand, Judy’s art team goes in with the Vagina idea to replace the Flats Sanitary Pads. Ultimately with Principal agreeing to replace sanitary pads. The ending moments see Judy and Alyson reconciling.

The Great North Episode 8 is titled “Keep Beef-livin’ Adventure.” The official synopsis of the episode talks about the arrival of a Bigfoot in the town. Mooncakes’ belief in Bigfoot starts coming to life with few coincidences. So, with the help of his family and his investigative skills, as portrayed in the previous episode. Mooncake and all the members of the Tobin family set out on a search for the very existence of Bigfoot. 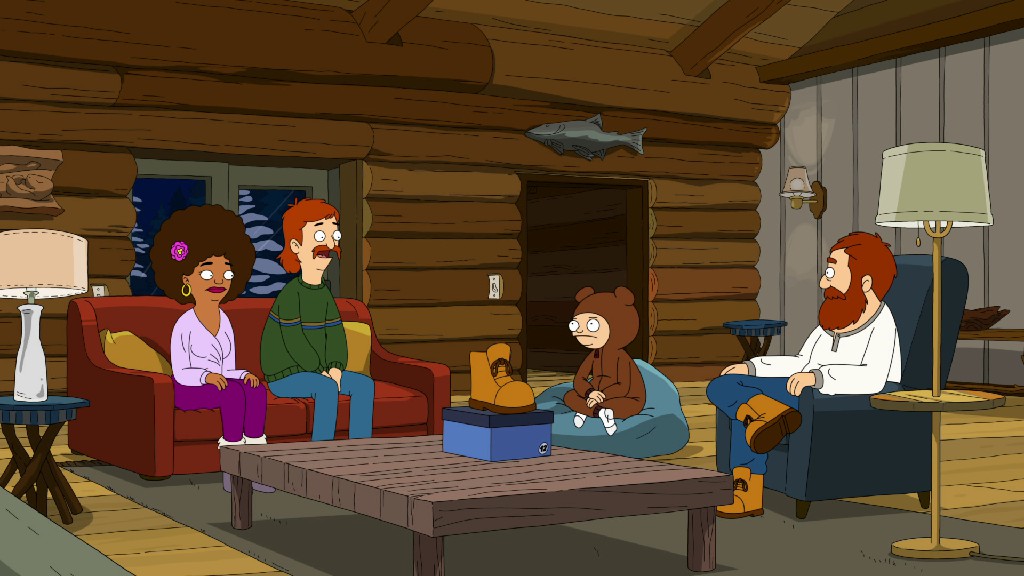 While the Tobin family hunts down Bigfoot, Honeybee is set to meet with a surprise visit from someone special. Who is remains to be seen? Furthermore, will the family really takedown a Bigfoot is another question that needs to be answered. All in the upcoming The Great North Episode 8.