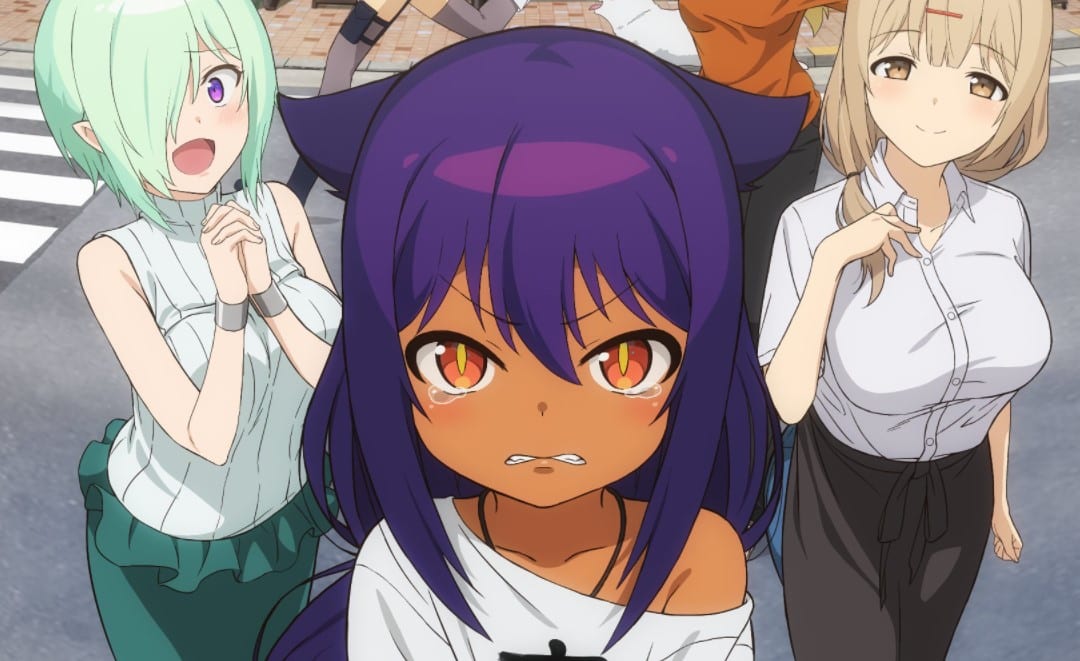 The Great Jahy will Not Be Defeated

The Great Jahy will not-be Defeated anime is amongst the late shows to make their debut for the Summer 2021 anime season, with its release scheduled for the end of July. The recent updates from the anime production ream released full details for the anime upcoming season. This included the first-ever PV of the show giving us a glimpse of what to expect in the anime’s premiere episode. The anime is a Japanese comedy manga series written by Wakame Konbu.

The Great Jahy will Not Be Defeated got serialized in Square Enix’s shonen manga magazine Monthly Gangan Joker in August 2017. The manga has chapters that have got collected into six tankobon volumes. The manga got licensed for English release in North America by Square Enix Manga & Books. The anime Tv series is an adaption by Silver Link and is scheduled to air in August 2021 on ABC and TV Asahi’s ANiMAZiNG programming.

Since August, the Great Jahy Will Not Be Defeated!  is available in a monthly shonen magazine, Gangan Joker. In  As April 2020, six tankobon volumes got published. The first volume got released in February 2018. The anime has released a new PV since the days of airing the first episode are nearing. The Great Jahy will Not Be Defeated follow the story of Jahy that lost her home after the appearance of the mysterious, powerful girl who brought destruction in her life. Even though Jahy was the feard being the mysterious magical girl didn’t hesitate to wipe the home of a Jahy. Let’s find more about Jahy and the mysterious girl below.

The Great Jahy is the Dark Realm’s second-in-command that everyone fears, but encountering a magical girl destroys the precious mana crystal. The Dark Realm collapses, and a new powerless Jahy got teleported to the human world. Jah is the respected number-two ruler of the Demon Realm and begins to live with humans after losing her powers. The home of her Realm also got destroyed, but she got lucky after getting teleported to the human world.

Jahy begins working on a shop to maintain her original form, the Demon Realm and the power crystal. The anime includes Jahy, Druj, Kyoko Jingu, Landlord Oya, and Saruwa. Jahy used to work with the Demon King and live with humans after the Demon Realm perished. Jahy works to find a mysterious gem to help her restore what she has lost in the past. She Druj worked with Jahy, who is known as Dojima, in the human world. Druj became the president of a consulting company. Jahy lives in slums in a decaying apartment building.

Manager Izakaya Maou is the tavern manager that is known as Demon King Tavern.  Jahy also worked in Demon King Tavern and became a good friend with Izakaya. Izakaya nickname Jahy ”Hii-chan. Kyoko Jingu is the girl possessing powerful magic, and she is the one who uses her magic to destroy Jahy’s homeworld. The two worked in the Demon King Tavern. Saruwa is also one of the charters appearing in Jahy’s life. Oya is the Landlord or Landlady running the apartment where Jahy stays and the sister of the tavern manager. Oya troubles Jahy about her rent, but she cares about her in some form. Let’s find more about the latest PV below.

The Great Jahy will Not Be Defeated Release Date and PV

The Great Jahy will Not Be Defeated will air the first episode on 1 August 2021. The anime will be available across different streaming platforms like Crunchyroll, ANIPLUS, and ANIPLUASIA.

The Great Jahy will Not-Be Defeated is also available on its official website. For more info about the anime, it is also available on Twitter account. The Great Jahy will Not-Be Defeated Anime is around the corner, with only a few days to air its first episode. The new PVs will continue to release until the anime release the first episode. The anime is full of comedy, fantasy, and a slice of life—source: Square Enix Manga. You can look at the list of Summer 2021 anime and Fall 2021 to find more about the upcoming anime.