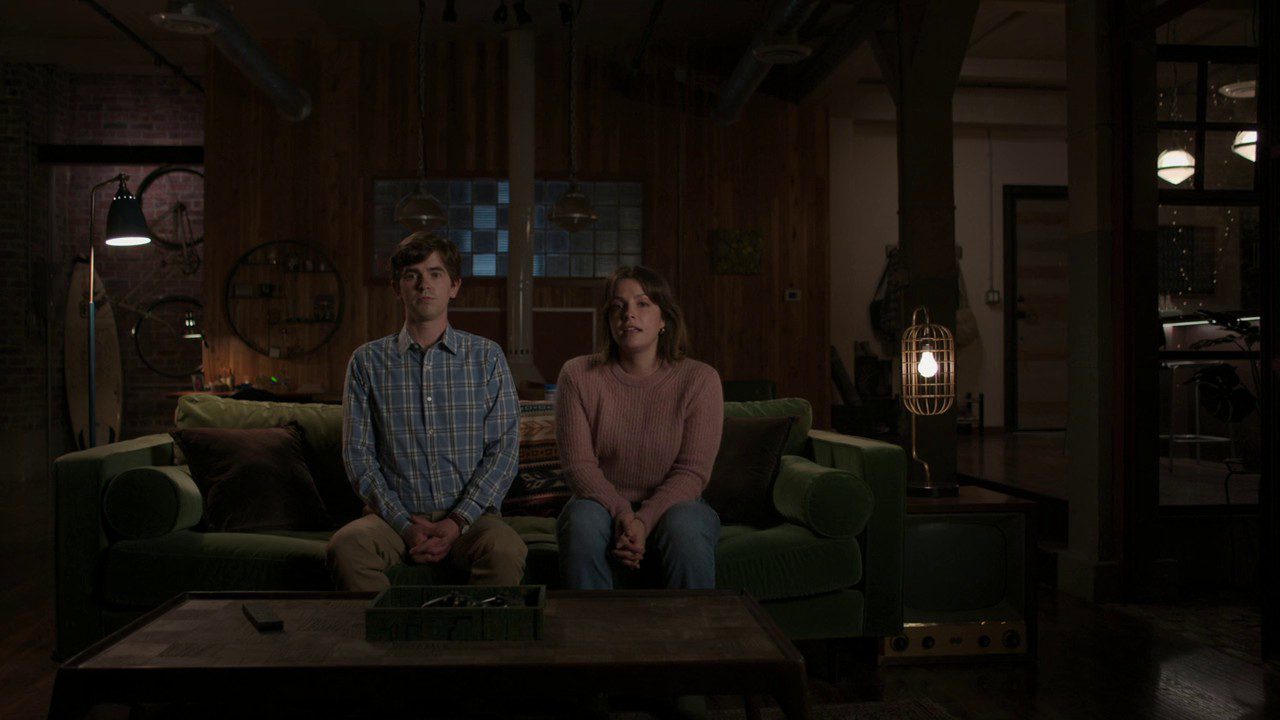 The Good Doctor Season 5 Episode 2 may see the doctors at St. Bonaventure Hospital in a difficult position when a convict walks in. Thus forcing them too difficult decisions that may make things hard for others. Taking about difficulties, well, the prime example of it is probably Lea recently. Shaun and Lea are looking forward to their wedding, and she wants to make sure everything is perfect. The dreams of the wedding going wrong to haunt her until she needed to realize that she couldn’t expect it. But Shaun has her back, and both are working on it now.

Apart from the built of hype for this wedding, the hospital had quite a pushy patient recently. Wandering around and questioning everyone around and then poking the nose around as well. But it’s the dedication of the staff that made her come out with what exactly was going wrong with her. Lim and Shaun figured out a way to save one of their cancer patients. It was Alex who actually brought the courage for patients when he decided to bring a family member who wanted to change for the patient. Here is a complete breakdown of what has happened lately on the show and what we can expect from the upcoming The Good Doctor Season 5 Episode 2

The premier of Good Doctor Season 5 began with the wedding bells of Shaun Murphy and Lea Dilallo. Only until a thunderstorm interrupts it, and Lea wakes up from the dream.  Marcus, on his side, ditches a girl he met for his job. Furthermore, Dr. Mateo Osma is no longer a wanted man now. So Lim is about to have a really great day now. On top of that, Shaun invites Mateo for the engagement as well. Upon asking about it, Shaun reveals how Lea is taking care of everything.

Anyway, today, a pushy patient named Saline is here and giving a hard time to the doctors. She even walks into Richard’s office and questions him about his job. It took CT to find out about the possible mass of Saline, leading Nicole to take over the surgery. There is a sense of tension amidst Riley’s family, the cancer patient of Lim and Shaun. So Riley’s mother declines to let Uncle Nick meet him or his brother. Mateo manages to get a temporary California medical license which receives quick approval. 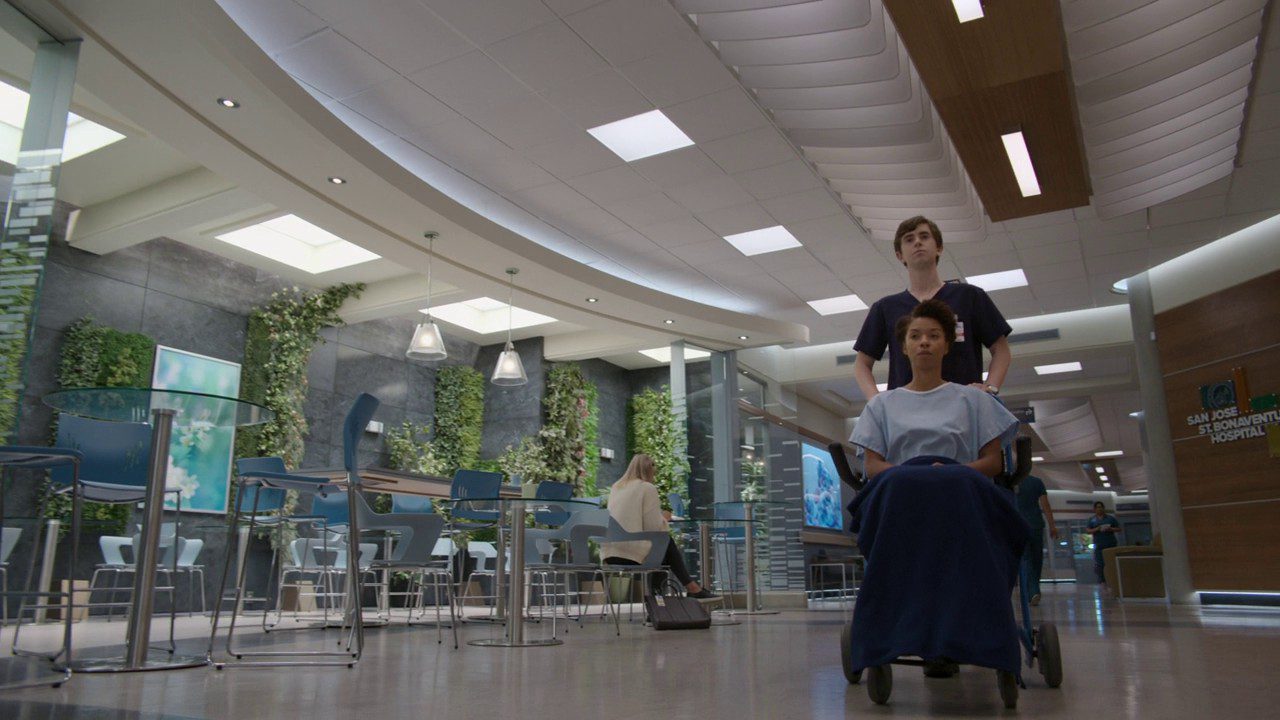 Lim later tells Riley’s mother about her son’s surgery, and her reports suggest advanced uterine cancer. Shaunfigures out a way to get the recovery done quickly. First, the mother disagrees, but her son convinces her. Meanwhile, after abiding by the rules of surgery, Saline is asked to have an empty stomach on the rescheduled time. Andrews gives Nicole and Morgan a lesson and asks her to start antibiotics for Saline, looking at her swollen ankle.

Meanwhile, Lea finds it hard to arrange for engagement all alone. This leads her to even cancel it at the last moment until Nicole gives her much-needed advice on not to. So the party is on, but Shaun is still working. This leads Park to take charge of this case to let Shaun have his day. Alex Park also decides to have Jackson’s mother meet her brother Nick who wants to change. 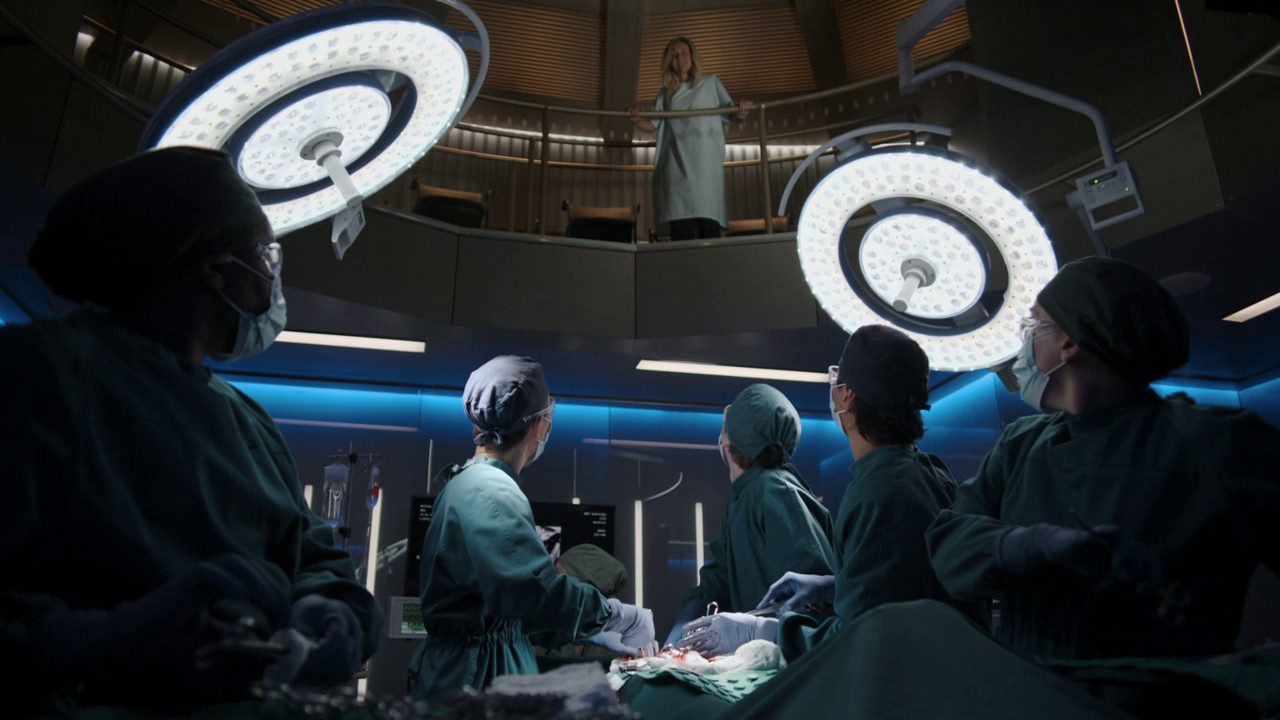 From The Good Doctor Season 5 Episode 1

So the engagement doesn’t go that great. Talking about patients, Saline has a seriously swollen ankle leading Andrew to call Dr. Wolke for surgery. Dr. Lim’s faith in her staff led Saline to reveal how she went off meds resulting in these symptoms. Lastly, Sarah, as in Jackson’s mother, thanks Alex for bringing Nick to get her through surgery. The episode closes with Shaun promising Lea to work on the wedding together no matter how the engagement went.

The Good Doctor Season 5 Episode 2 is releasing on 4 October 2021. It is titled” Piece of Cake”. The official synopsis of the episode says Shaun and his team will be working on a pregnant woman who is also a convicted felon. This leads them into a complicated situation, and some rules are required to be changed. Apart from that, the staff may have a hard time trying to adjust to these newer rules.

We may also be looking forward to whats the next step is for Shaun and Lea for their wedding. Well, not everything is meant to go perfect as Lea wants. So engagement was the disaster as she was all alone working on it. This time Shaun will be coming aboard for the wedding, and we wonder how that will go down. Check out the official promo for The Good Doctor Season 5 Episode 2 below, along with details of where you can stream it.