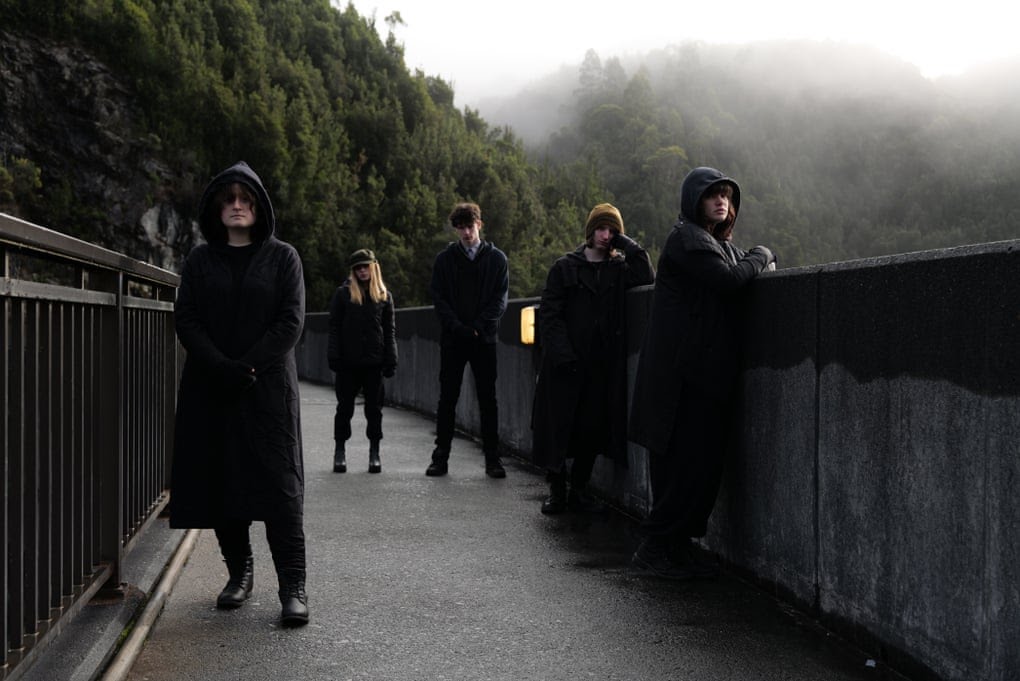 The Gloaming is an Australian crime drama television series that first premiered on 1st January 2020. The series is distributed internationally by ABC Signature. The show had eight episodes in its first season, and the second season is in progress. The episode is 50-55 minutes long. It is directed by Michael Rymer, Greg McLean, and Sian Davies and written by Victoria Madden, Peter McKenna. And produced by John Molloy, Victoria Madden, Fiona McConaghy.

The series starring Emma Booth, Ewen Leslie, Aaron Pedersen, Anthony Phelan, Nicole Chamoun, Ditch Davey, Max Brown, Josephine Blazier, and Matthew Testro. A woman mysteriously found dead in a closed wire at the foot of a waterfall in Tasmania, Australia. She has an identity card on her, which is years old, and also does not belongs to her. 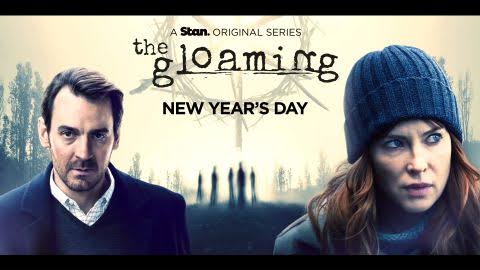 Molly and Alex in The Gloaming

In the opening scene, a flashback is shown in 1999 July in highland lake, Tasmania, where two Tasmanian teens, JennyMcGinty, played by Milly Alcock, and Alex O’Connell, played by Finn Ireland, went hiking to a deserted gothic home that had a cemetery in the front yard. They went there to see what it feels like in a dark horror house. Jenny says that she lived there when she was a child. While exploring the house, they lose track of each other.

Then the story proceeds to the present day, where Molly McGee, played by Emma Booth, is a detective in the Hobart police, stakes out a man’s house, and then after he leaves, she enters it. She investigates his house, looking at the items on his desk, and takes a chess piece. Her breaking into someone’s else room seems irritating and annoying or scary to the house owner, rather than worrying about stealing objects from his house. Before leaving, she messes everything up, just to let him know someone visited his house. She gets a call from a child, Daisy, whom she is raising, but ignores the call. 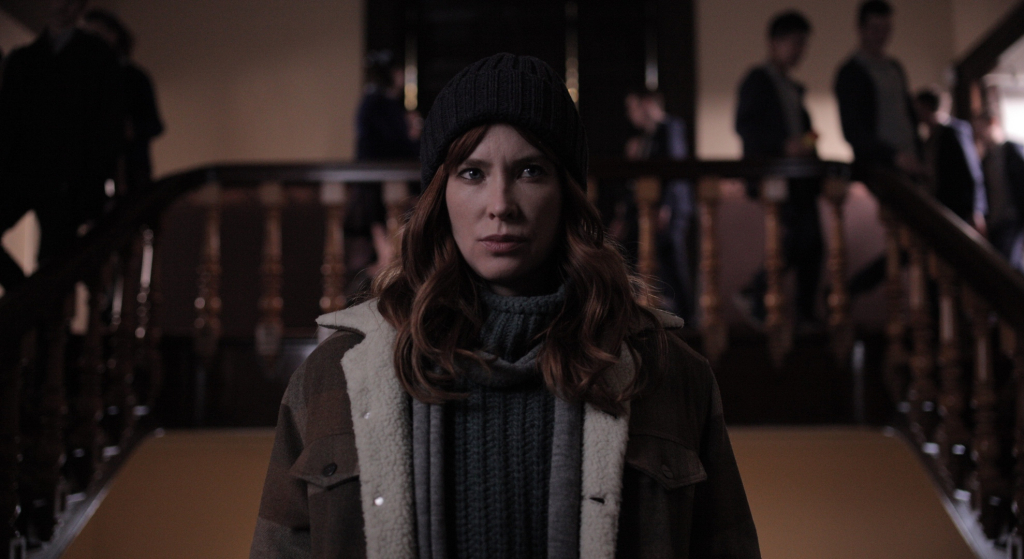 Emma Booth in The Gloaming

Daisy calls her because she’s worried about being a part of a woman’s murder. Her boyfriend Freddie Hopkins, played by Matt Testro, choked the woman while Daisy stood there and shot it on the phone. Daisy is afraid to get caught, so she suggests burying the body of the women they killed.

The next day Molly visits the lurid scene where the woman’s dead body wrapped with a barbed wire was found under the waterfall. She has an ID card around her neck, Jenny McGinty written on it, which is years old. Such brutal murders and crimes don’t often happen in Hobart, so it surprised them, and they called the police in Melbourne. They send a middle-aged man, who is a police detective Alex O’Connell played by Ewen Leslie, to the murder site. He doesn’t want to go, as it was his hometown, and there are a lot of haunted memories about his childhood in that place, but he was sent there anyhow. When he reached there, he saw Molly, and they recognize each other as they have a past, which Molly’s boss, Lewis Grimshaw, played by Aaron Pederson, is aware of. They team up to solve the case. 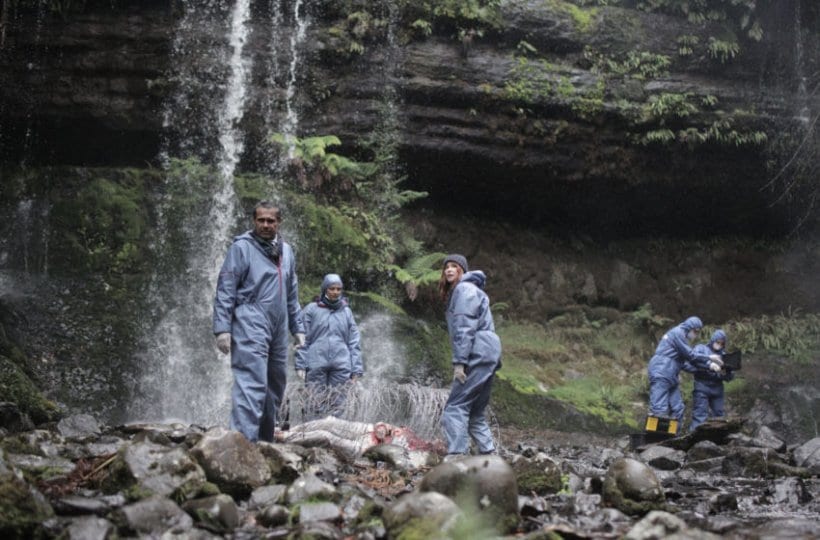 Molly and other investigators at the crime scene

There is also a connection between Molly’s foster daughter, Lily Broomhall, and the woman who was killed. Both of them go to the same dancing academy. On further investigation, another connection comes to light between Lily, a teen cam girl, and Freddie, as well. Every one of them is haunted by “gloamings,” about the ghosts of the past that show up at random times.

The story reaches the climax as the investigations take different personal and mysterious turns, as the crime is related to their past and personal relationships.

The Gloaming was stunning, the creator and writer Vicki Madden did a great job, as the narration was greatly done and touched the expectations of a crime thriller. As cinematography is one of the most important things in a crime, horror thriller, it is beautifully done in this show. The cinematography is done by Marden Dean, who also participated in the cinematography of Breath, Boys in the Trees, and The Infinite Man. The dark, petrifying, and every scene looked like a perfect piece of art. 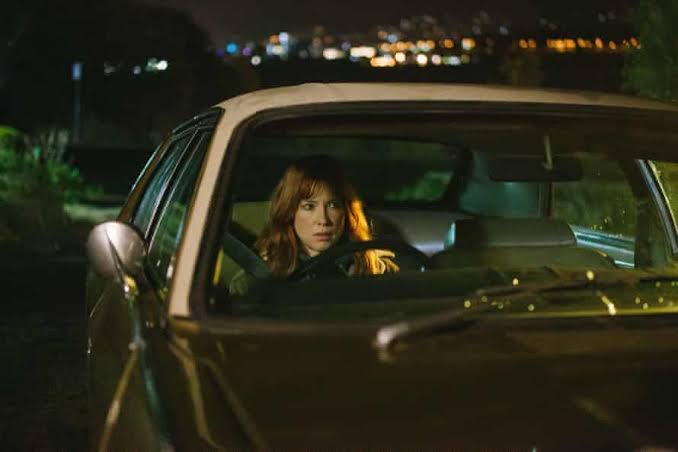 Emma Booth as Molly, the protagonist of the show.

The Gloaming was shoot on an Australian Island, Tasmania. The places are shown in the series totally blended with the storyline. And you feel scared and shaken by the horrifying places and soundtracks, exactly what the writer wanted us to feel. The movie is a blend of supernatural things and the link between life, death, and the past.

Expectations from The Gloaming Season 2

Season one was a great watch, and builds up curiosity about the unsolved mystery and unanswered doubts including the past between Molly and Alex, and the puzzle between Molly and her daughter, which would be answered in the second season. We would see more revelations on the investigation and will know about the mysterious person who killed Jenny and the link between both cases. Season two is eagerly awaited.

The Gloaming Season 2 is expected to be released in 2022. 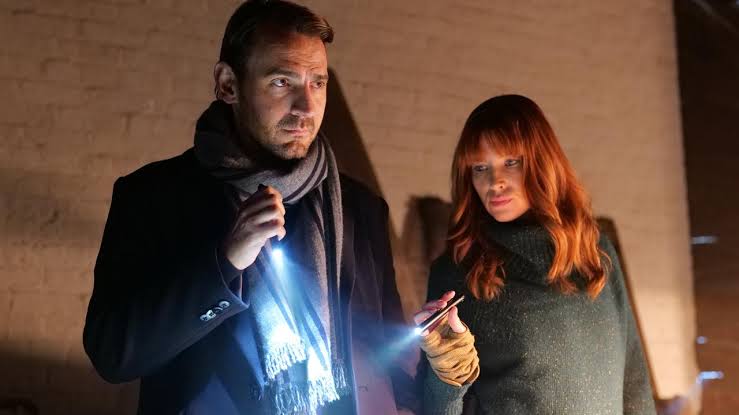 Emma and Ewen as Molly and Alex