The Downton Abbey creator Julian Fellowes brings to the American screens a period drama that will shock you. But after production delays due to the COVID-19 pandemic, when is The Gilded Age HBO release date? If you’re not familiar with its premise, it will make us travel to 19th-century New York —hence the title. With a star-studded cast, great photography, amazing costumes, and a great storyteller, “The Gilded Age” is HBO’s latest proposal to captivate audiences since January.

Across nine chapters, we will see how things play out in New York where rich people play against each other. It’s a tale of aristocrats, envy, and lots of glamour. When a new family settles in town, the old guard, the old money, has a lot to say. Furthermore, The Gilded Age owes its title to the period of great economic boom for the United States as the industrial revolution created giant fortunes. 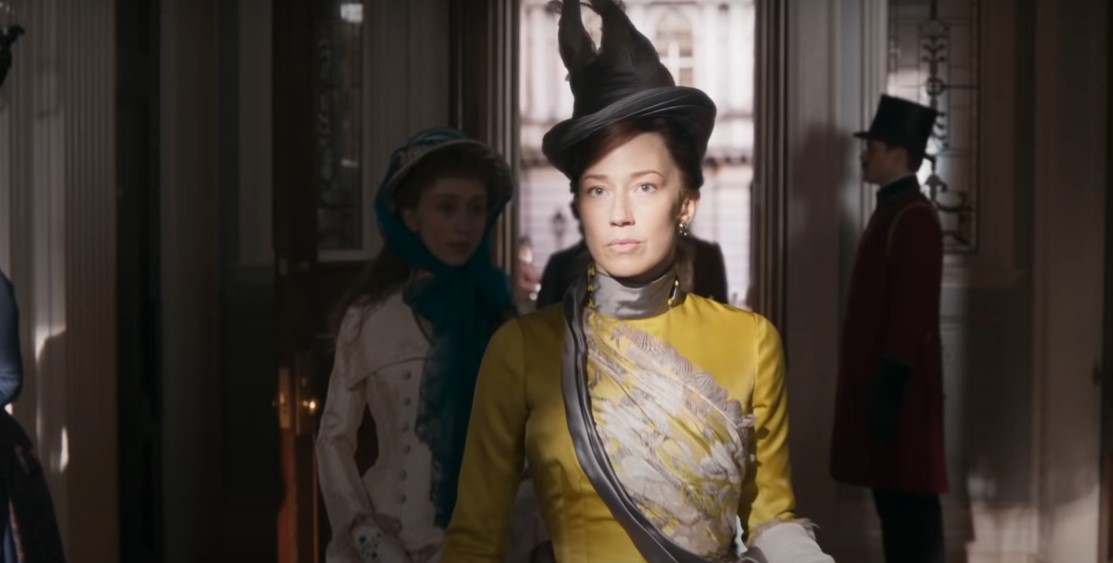 When does the HBO Period Drama drop?

The Gilded Age will release on January 24, 2022, on HBO. Firstly, the series will consist of nine episodes of one hour run time. Secondly, the episodes were written by the Downton Abbey creator Julien Fellows along with Sonja Warfield, and the director for this production was Salli Richardson-Whitfield and Michael Engler. Lastly, the show will drop on a weekly basis on Mondays on HBO’s primetime slot.

When interviewed, Julien Fellowes has expressed his excitement for the upcoming series, particularly in the customer department and the story. Here, the Downton Abbey creator will weave a story of power, envy, and rich people playing against each other at a time when fortunes were being amassed in a short amount of time. Moreover, the class elites in society that represent the old guard were of English and Scottish descent while the newcomers were Americans that made their fortune in the United States as a young nation.

As the new money —as Fellowes puts it— came in from different parts of the United States to settle in New York City, they were ambitious and began to build giant, lavish houses on Fifth Avenue, attracting lots of attention to themselves in the process. Additionally, Fellowes says that the series will also focus on the people working for the families with the money, as the servants’ lives were integral for the rich people at the time.

Where to Watch The Gilded Age?

The Gilded Age is an HBO Original series. In consequence, you won’t be able to find it anywhere else than HBO Max. Since the streaming wars are at a boiling point, HBO wants to keep as many subscribers as possible. And with this premiere set for early 2022, they’re well on their way to compete for the public’s attention. Firstly, HBO is a globally available platform, for a great price, you get access to their vast catalog of original series like “The Sopranos”, “Game of Thrones” and “Succession”, as well as movies and documentaries. Moreover, you can bundle HBO with your Hulu or Amazon Prime Video Subscriptions.

The cast of this upcoming HBO New York City period piece includes Cynthia Nixon (you may remember her from Sex And The City as “Miranda”) in the role of Ada Brook. Secondly, Louisa Jacobson (she’s Meryl Streep’s daughter) will have her debut as an actress in this series as Marian Brook. Furthermore, Christine Baranski, whom you might remember from “The Good Fight” and “Mamma Mia!” will play Agnes Van Rhijn. Carrie Coon (from “The Leftovers” and “Gone Girl”) will play Bertha Russell.