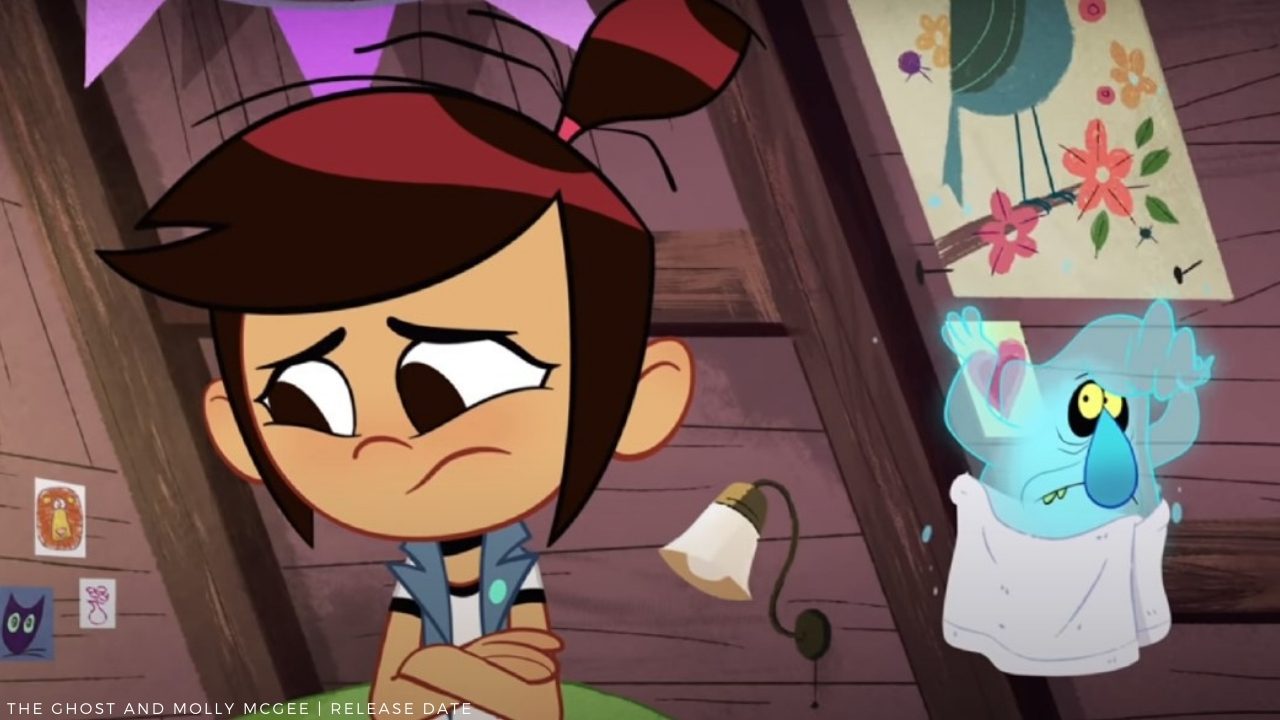 The Ghost and Molly McGee

The Ghost and Molly McGhee release date by Disney have many wondering what kind of horror tv could we expect from the folks who bring us the Mickey Mouse Club. Firstly, it’s a children’s show by Bob Roth and Bill Motz that had a sneak peek on May 2021. Secondly, it tells the story of Molly McGee, a girl in her teens as she tries to make her world and surroundings a better place and fill the environment with positivity. Only to face her rival, a nasty ghost named Scratch, who tries to do the exact opposite, make the world a grim place.

The pair form an odd friendship that makes them learn a lot from each other as they learn a lot from their worlds. Moreover, Disney bets big on this production with the commission of two seasons of The Ghost and Molly McGee. Consequentially, we will see plenty of the teen and her specter companion for the next couple of years in the Disney Channel. Just as the production schedule normalizes after an abrupt stop due to the Covid pandemic. That wracked most of the calendar for most film crews all over the world. Now join us here at Otakukart, where we post daily updates on this and all your favorite series as we give you the broad strokes on The Ghost and Molly McGee.

The Ghost and Molly McGee will release on October 1, 2021. Mark that on your calendar. Not only that. But Disney betted big on this project by Bill Motz and Bob Roth, whose work with production companies of the likes of Nickelodeon —who rejected this project— and Disney Television Animation is adamant. Moreover, The Ghost and MollyMcGee features music by Michael Tavera, a composer who also did the music for the Lilo & Stitch series as well as the martial arts cartoon Ying Yang Yo!. 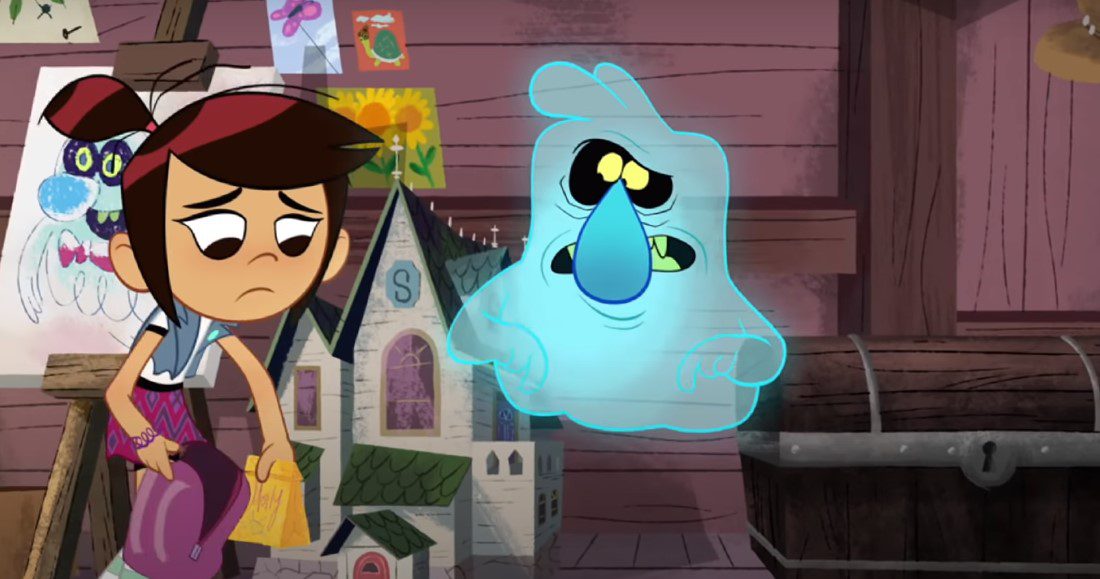 The cast of Ghost and Molly features Ashly Burch in the role of Molly. You may remember Ashly from her role as Aloy in Horizon Zero Dawn. And Tiny Tina in the Borderlands video game. On the other hand, her counterpart, the Ghost will be played by voice actor Dana Snyder, you may remember Dana from his voice as Master Shake on Aqua Teen Hunger Force.  Additionally, Jordan Klepper will play Molly’s dad, and Sumalee Montano will play Molly’s mom.

As for the supporting roles and guest performances, the production crew announced a star-studded cast. From Kelsey Grammer (a talented voice actor from The Simpsons and real-life actor from Frasier and cheers) to action superstar Danny Trejo,  Jennifer Lewis, Lord of the Rings star Patton Oswalt, Thomas Lennon, D’arcy Carden, Thomas Lennon, Sean Giambrone, and many others will join Molly and the Ghost in their adventures as they try to make the world a better place and fill it with positive vibes and learn from each other. 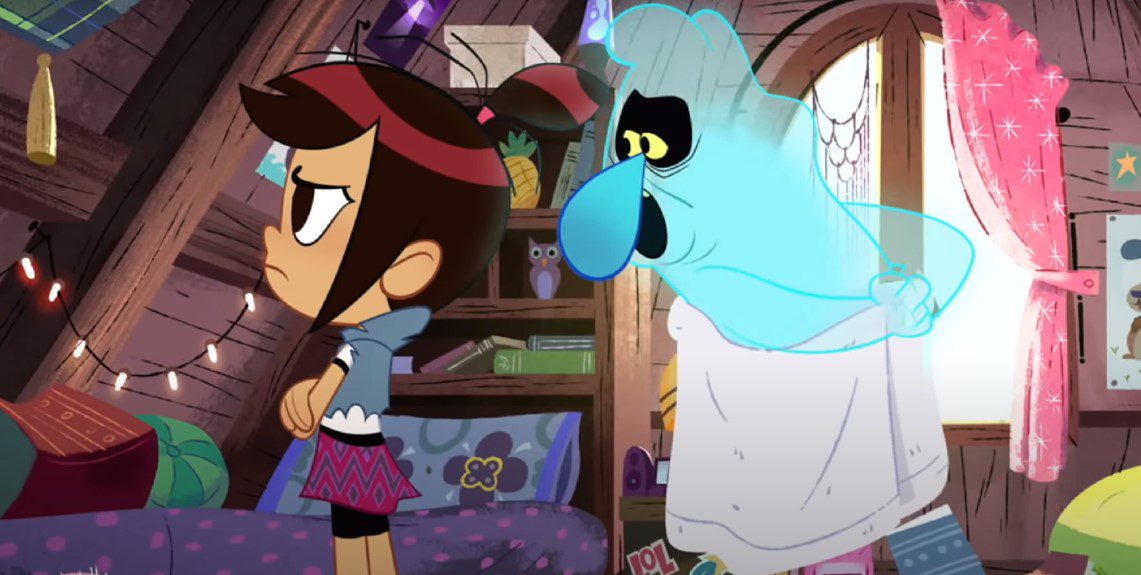 The Ghost and Molly McGee

The powerful influence of Disney

Disney has relied on films to unify children and their families behind the Mouse House for almost eight decades. However, with its core audience increasingly glued to screens of all sizes, the success of animated blockbusters such as “Phineas and Ferb” and live-action films such as “Violetta” and “A.N.T. Farm” has turned television into the company’s most powerful brand ambassador. This has a noticeable undertone outside of the United States, Disney Channels Worldwide — which operates Disney XD, Disney Junior, and Disney Channel — has been successful in introducing young audiences for the first time to the company’s iconic characters or to new franchises that will keep them adhered.

“Disney Channel became the company’s biggest franchise producer globally,” stated Jay Rasulo, the chief financial officer of the Walt Disney Company, last fall at a banking and entertainment summit in LA. This is a strong vehicle thanks to the web (and) mobile devices (watching) the Disney Channel.” Disney has long sought after youngsters on television via TV shows like “The Mickey Mouse Club” and The Wonderful World of Disney” ” still, Disney Channels provides a more caring presence. In reality, given that more children watch Disney Channel shows than see the studio’s films each day, the children’s cabler has produced more lucrative franchises than Walt Disney Studios.