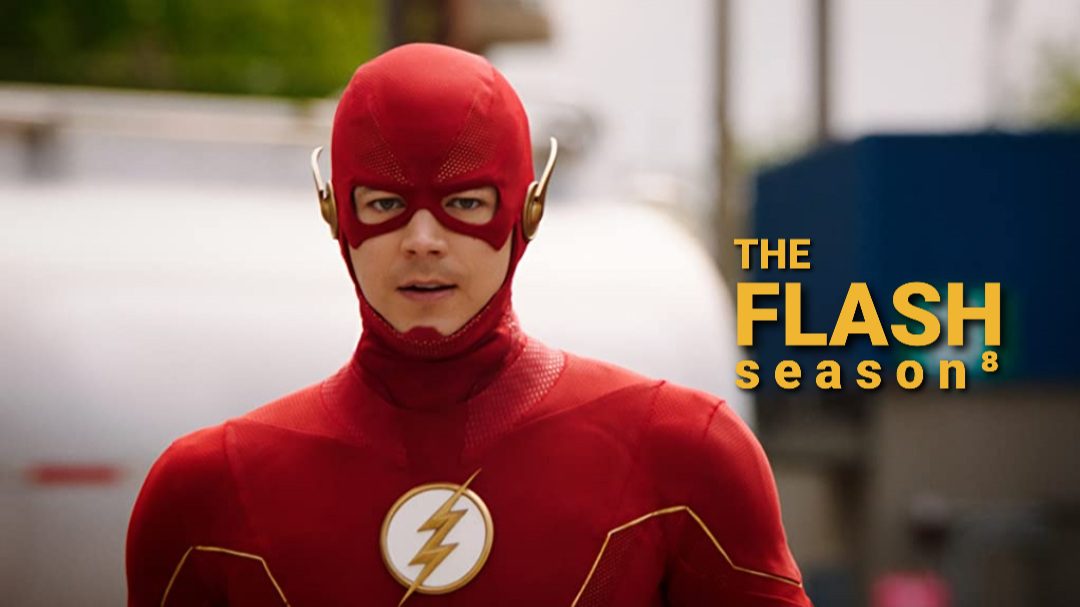 The Flash has been renewed for season 8 which will likely release next year. This comes as no surprise since the superhero series has been the flagship show of CW. The Flash made its debut on CW in 2014 and hit the number one spot. Ever since then, the series has reigned supreme. It was only logical to follow up with the continued viewership when CW renewed the series for an 8th season. It got the renewal back in February this year. The Flash season 8 will premiere at the end of this year. At this point, the episode count for the next season is unknown. However, a safe bet is to presume season 8 will have a total of 18 episodes, just like season 7.

The Flash season 7 culminated without a cliffhanger, which has been the trend for previous seasons. The Flash season 7 ended with Barry and Iris renewing their vows. It was a wedding that Iris never got and it was beautiful, with many Team Flash members in attendance. However, the season might have ended without a cliffhanger, there’s a couple of things that need to explore. One of the major storylines for season 8 can be that of Iris. The next phase can delve deeper into the unanswered issue of her phasing in and out of the timeline. 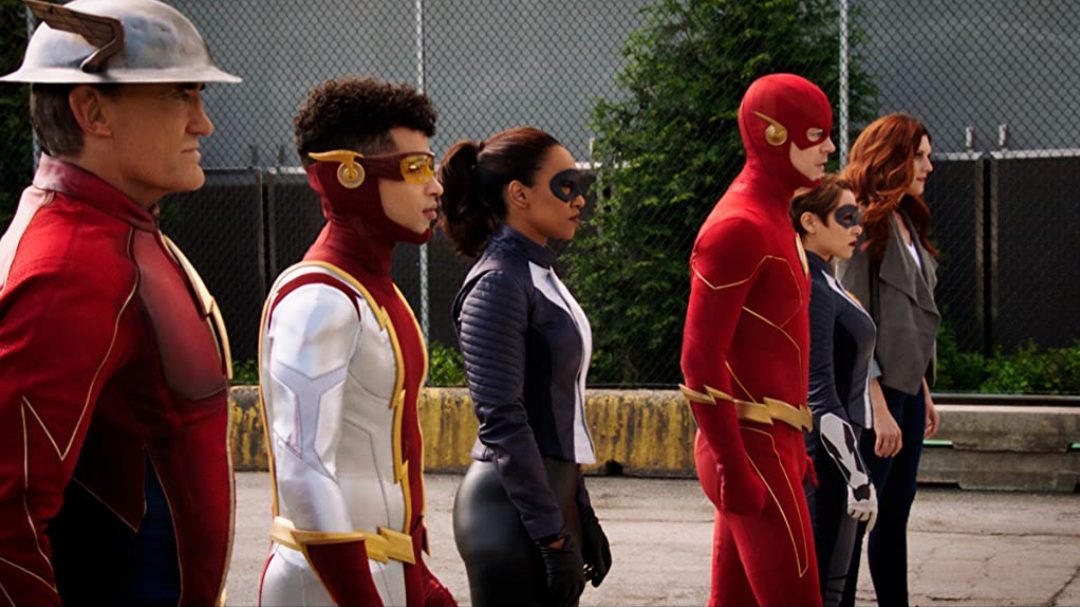 The team gears up for a climactic showdown. The Flash season 7/The CW.

What Will Happen In Season 8?

Showrunner Eric Wallace talked about Iris’s time sickness in a recent interview with Deadline. He goes on to talk about Iris’s time sickness and how it was intentionally left unresolved this season. That’s because season 8 will see this storyline playing a major role throughout. Wallace also went on to say that a deleted scene did address Iris’s time sickness. However, they decided to save it for when season 8 arrives. Then there’s also the storyline of Eobard Thawne and his potential return. Wallace decided to not comment on that, saying there are “spoilers involved there.” However, he did go on to say that “the Reverse-Flash is a person that keeps his promises.” Suffice it to say, there’s a lot of Thawne stuff we’re going to see in season 8.

Moreover, we will also see what happens with Kristen Kramer, after her realization that she’s a meta. Meanwhile, what transpired in the season 7 finale, Godspeed will also be out for revenge against Barry. Wallace also said that The Flash season 8 will have a mixture of old and new villains, similar to the past seasons. Regarding any possibility for a crossover event, Wallace said that it’s unlikely due to the Covid-19 restrictions. Looks like we will have to wait until the covid protocols ease up to finally get another Arrowverse crossover. 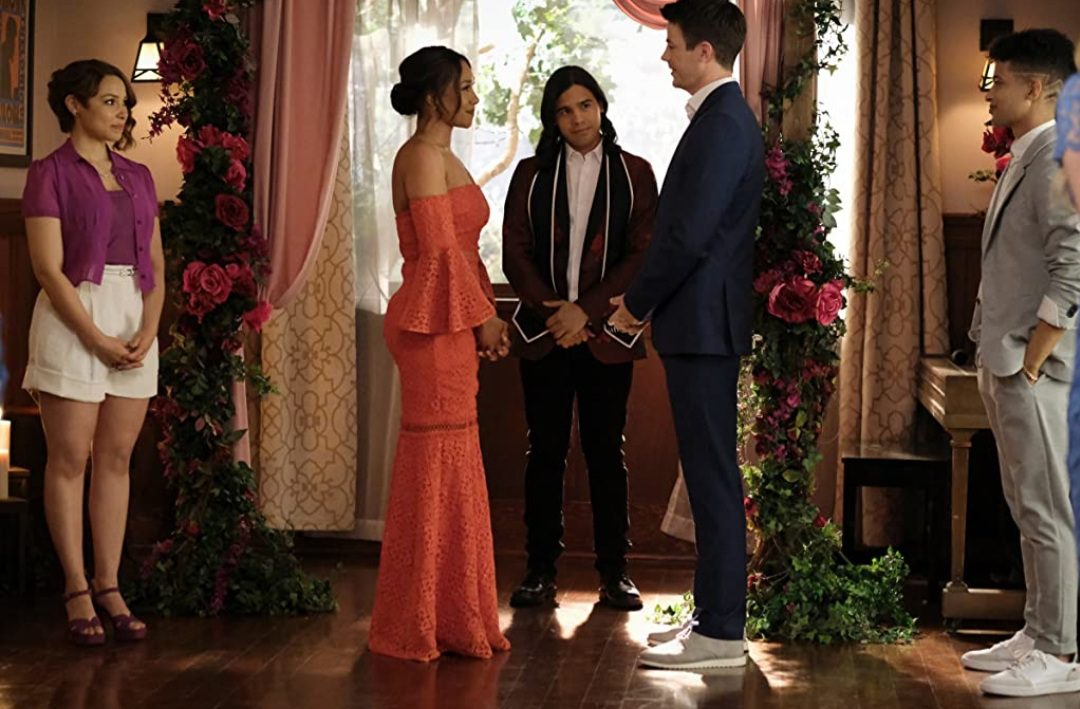 Barry and Iris exchange wows. The Flash season 7/The CW.

The Flash season 8 will release on November 16, 2021, at 8:00 p.m. ET on The CW. Season 8 will premiere with a five-episode crossover-type event. As mentioned earlier, this won’t be a crossover with another IP, but it will still be a blast of a start.

The Flash Season 8 Cast: Who Returns And Who Bids Farewell?

Two faces that we will not see return for season 8 of The Flash are Carlos Valdes and Tom Cavanagh. The two actors have officially exited from the show. Even though had exited as series regulars earlier, they did appear in the season finale. They won’t be returning to the show as series regulars next season. However, the rest of the main cast will be returning. Grant Gustin will officially make a return as the titular character. Also returning will be Candice Patton as Iris West-Allen. Jesse L. Martin will return as Joe West and Danielle Panabaker as Caitlin Snow/Killer Frost. Apart from the main cast, we will be seeing Danielle Nicolet, Brandon McKnight, and Kayla Compton.

Wallace also shed some light on what The Flash season 8 will entail. Talking about Flash’s character, he hinted towards a more comic-book accurate version of him. He said that season 8 will see Grant turn into The Flash from the comic book. This means that Flash will be “the most confident, incredibly powerful, secure team leader.” We will also be seeing Barry and Iris contending with the challenges that will present themselves in their lives.