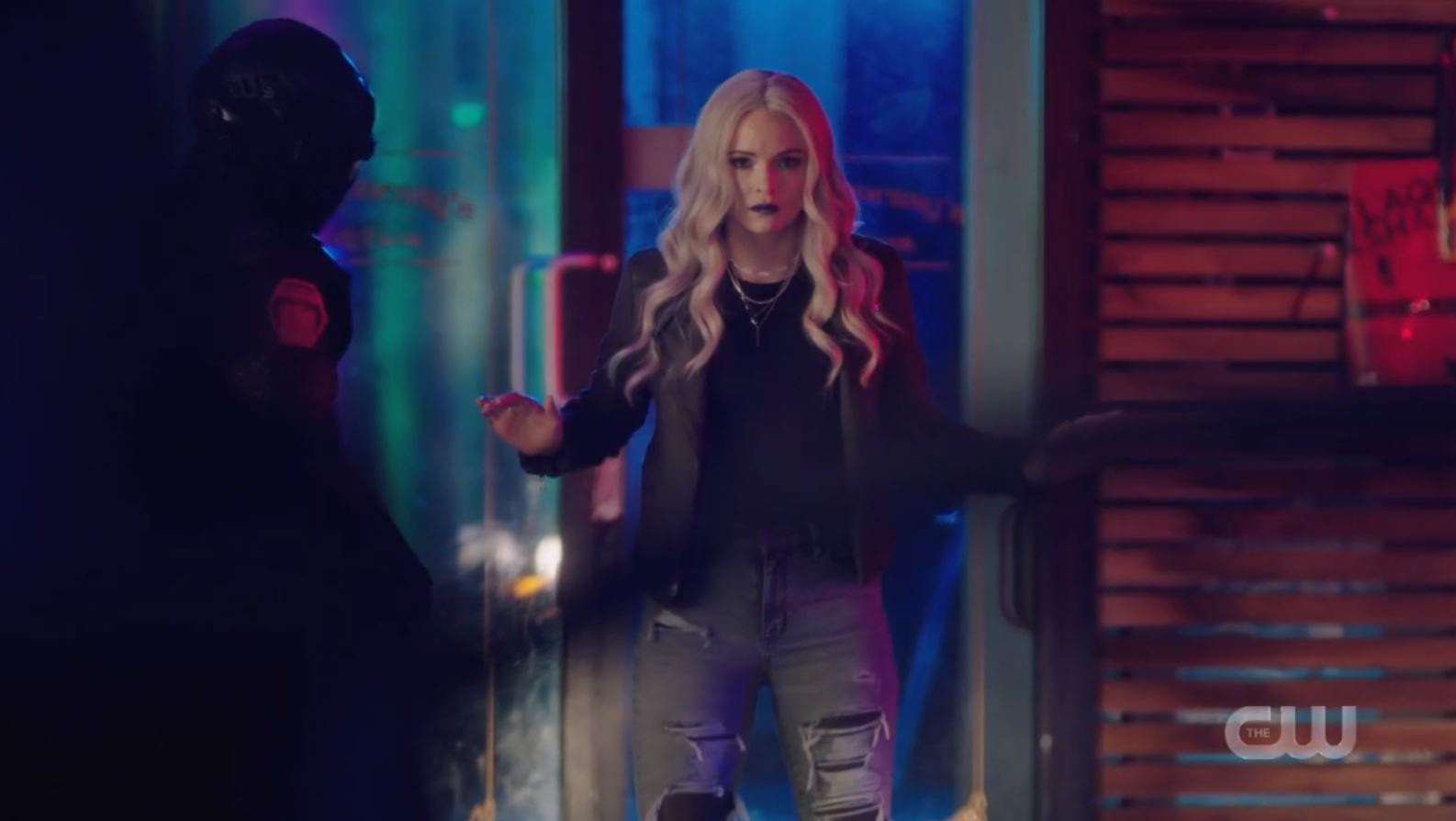 The Flash is back! After going on a three-week hiatus, the show is back as we are about to get back with the Flash Team. This season follows up into the search for Barry’s missing wife, Iris West-Allen. They need to put a stop to Eva McCulloch, as they collide with other speed forces as well. But now that Iris is back, there is yet another emotional turmoil Barry faces as one of the speed forces looks similar to his late mother, Nora Allen. From all the current Arrowverse shows, The Flash is the longest-running one. The desire did get affected due to the COVID-19 pandemic, where we saw a few of Season 6 episodes in this season. Even so, with hiatus like this one, The Flash is back on track. As we head towards The Flash Season 7 Episode 8, let’s discuss its preview and recap.

At the beginning of the previous episode, we see how Barry is still affected by the lurking personification of his late mother around his apartment. As he returns back home after saving someone early in the morning, what he sees is quite disturbing. His late mother, Nora Allen, along with his wife, Iris has prepared breakfast. The Speed Force has started to acclimate herself into their home. While Iris insists on calling the Speed Force, Nora. Barry, who is reminded of her death, asks her not to. The Speed Force itself tries to connect with Barry as she boosts his powers up enough to glitch. This causes a glass carafe to shatter as Barry tries to express his discomfort at her presence. He soon gets a call to a crime scene and leaves while Nora who is eager to help, is left at home. 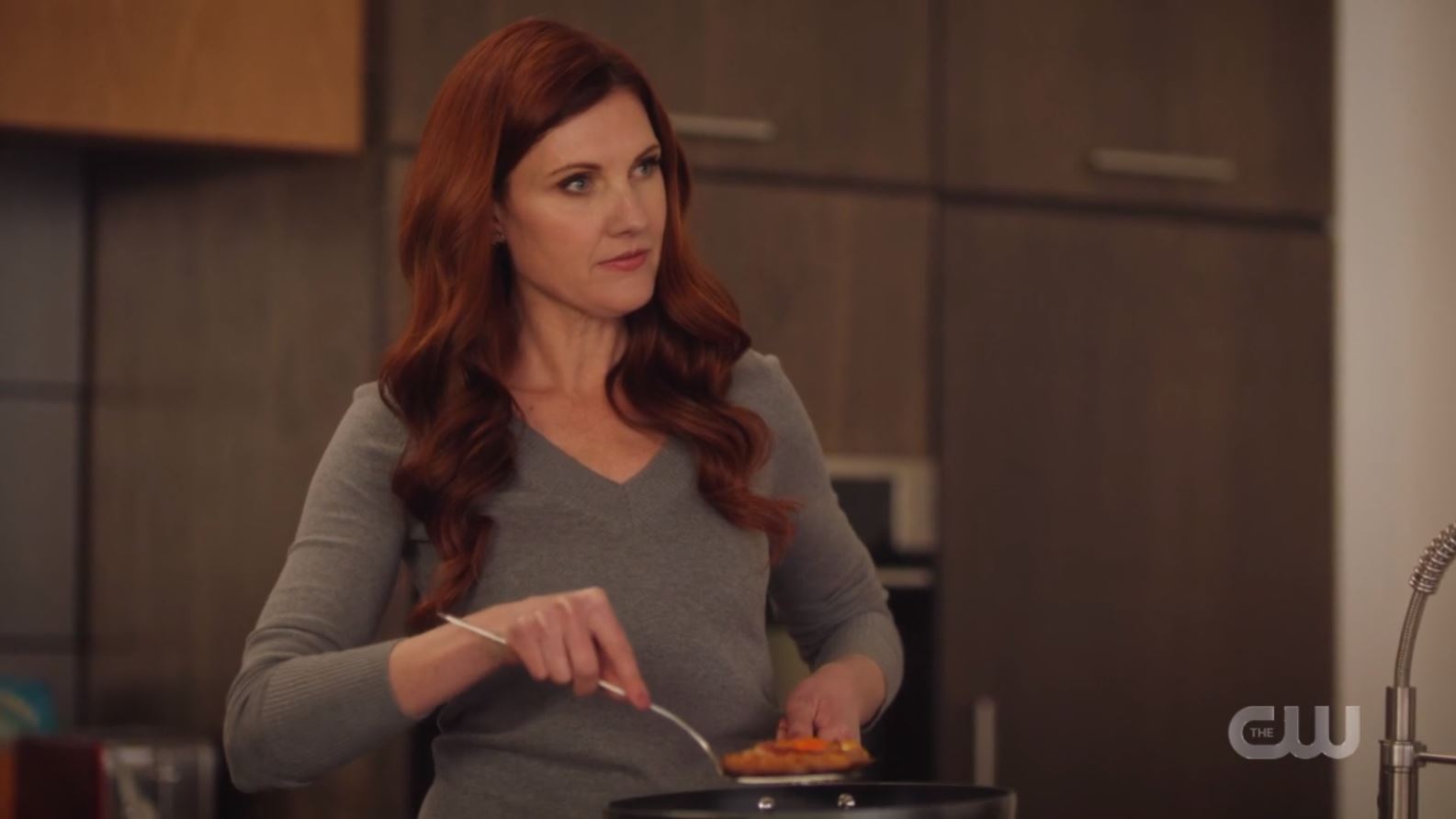 The Flash Season 7 Episode 8, titled “Growing Pains” starts off with the concern as to why Kristen Kramer has issued an arrest warrant against Frost. Cecile asks Frost to lay low for the time being and she agrees. In the meantime, Chester meets up with Joe and Barry as they investigate a crime scene. There was a truck that carried some experimental technology. This truck was attacked by an ice-based villain who stole a powerful microchip while also murdering the driver. At that point, Kramer arrives at the crime scene and soon deduces the crime to be committed by Killer Frost. This further fueled her desire to capture Frost and make her answer for her crimes. For this, she cannot act on her own and requires assistance from the Central City Police Department. 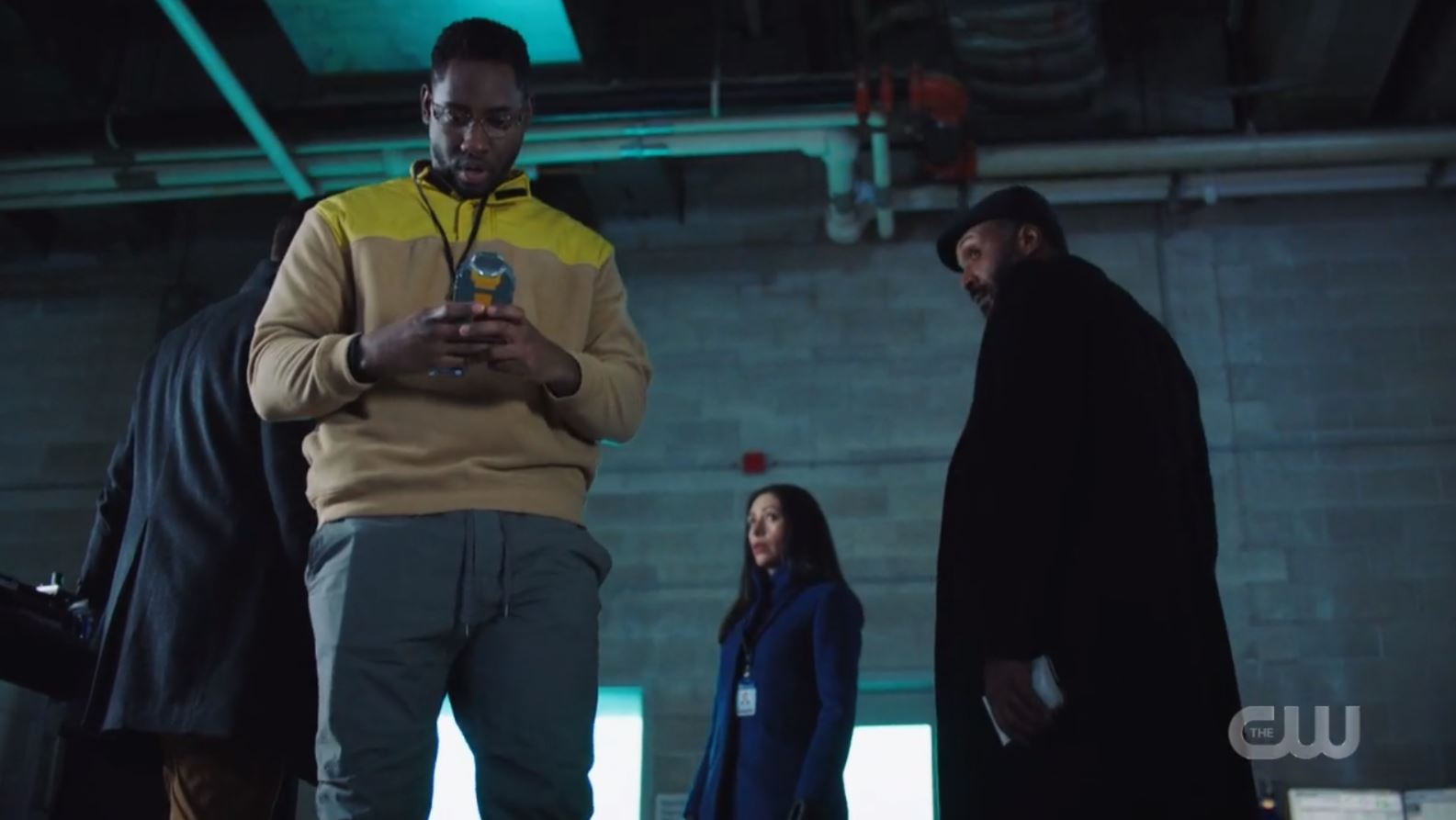 Chester, Barry, Joe, and Kramer at the Crime Scene

Barry who has fought Frost on numerous occasions, notices that the ice patterns weren’t similar to those of Frost. These ones only leave out a dark matter. But just like a runaway, problems keep coming in as Nora arrives at the crime scene as well. This causes Barry’s powers to glitch again. Later as Nora visits Barry and Chester at the crime lab, her glitchy influence causes a loss of data on the investigation. This further leads to a heated argument, after which Iris confides in Barry to take things easy with Nora. At the end of the episode, Barry has a heart-to-heart with Nora as he apologizes for his conduct. Both of them acknowledge that she’s different from the other Speed Forces and vow to take on the mysterious new Forces.

After learning that she has been framed for a murder, Frost heads on an investigation to clear her name. For this, she goes to the bar where she used to work. Here, she hits it off with Mark Blaine, the bartender. Just then, a news report flashes on the screen, which shows that a bounty has been placed on Frost’s head. Hearing this, the people in the bar try to get a hold of her as an all-out brawl begins. Here, Mark helps Frost as he gives her a potential lead as well. As Frost follows up on Mark’s tip, Caitilin is wrongly arrested for the crimes committed by Frost. Cecile convinces Kramer that the two of them are separate individuals now. 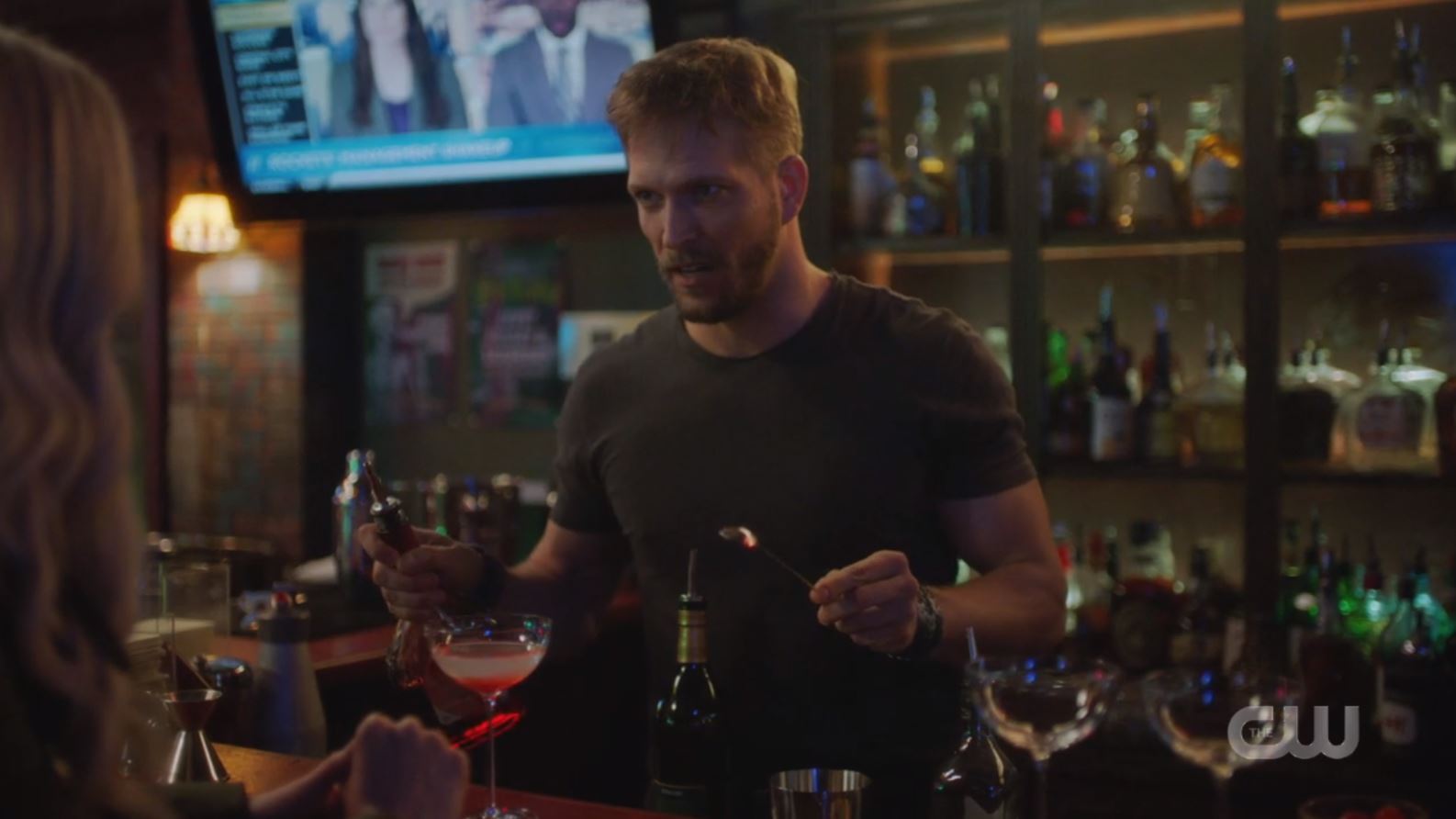 Realizing that she was set up by Mark, Frost heads back to the bar. She confronts him to find out that he was a cytogeneticist who used the stolen tech to study Killer Frost. From an early age, Mark was obsessed with the potential of ice, therefore he felt that Frost was unworthy of her powers. He replicates her power into a gauntlet as they start fighting. He now calls himself Chillblaine who after lowering his guard, is stabbed by Frost using an icicle. The Flash and Allegra arrive on the scene to save Mark from death, while Kramer arrives with the police to arrest Frost. Frost, who wants to answer for her crimes, peacefully surrenders to Kramer.

When will The Flash Season 7 Episode 8 Release?

The Flash was on a three-week hiatus from 13th April 2021, and now it should resume airing weekly. This hiatus wasn’t anything COVID-19 related. It was just a break as the show inched closer to the end of the first half of the season. Typically Arrowverse shows do take a mid-season break, and this is just like that. Breaks such as these allow us some room to breathe before we delve too much into the action. The Flash Season 7 is set for 18 episodes, therefore, if there are no additional breaks, this season should end somewhere around mid-July.

Also Read: How To Watch The Flash TV Series Online?

The next Flash episode titled “The People V. Killer Frost” will follow in the aftermath of Frost’s arrest. After apprehending Chillblaine, Frost is able to clear her name as she was wrongly convicted of murder. Even so, Frost has put up herself for trial as she wishes to lead a guilt-free life. Even after she is starting to show good behavior in front of the court, things may be harder than they seem. We are about to head into a Frost-centric episode as we follow the ins and outs of her court case. While she has started to do good under Team Flash, she is being put on trial for the crimes she committed as Killer Frost. And considering, she may want to change for good, she just might plead guilty to the charges.

While Cecile Horton looks to be providing legal defense for Frost, her chances don’t look quite so good. Kristen Kramer wants Frost behind bars for the crimes she committed as she declares, “Justice always wins.” While Cecile does try to get Frost a pardon for her heroics under the Flash Team, Caitilin isn’t looking too confident in Frost’s chances. It will be interesting to see how Caitlin reacts to all this, as there is a possibility that she feels guilty thinking that she was partly to blame for the crimes. Chances are that Caitilin will do something drastic to save her newfound sister. It is not clear if this court drama ends at episode eight or will it be further extended to episode nine. Meanwhile, as Barry attempts to protect Speed Force Nora, he is led to a shocking discovery.

Where to Watch The Flash? 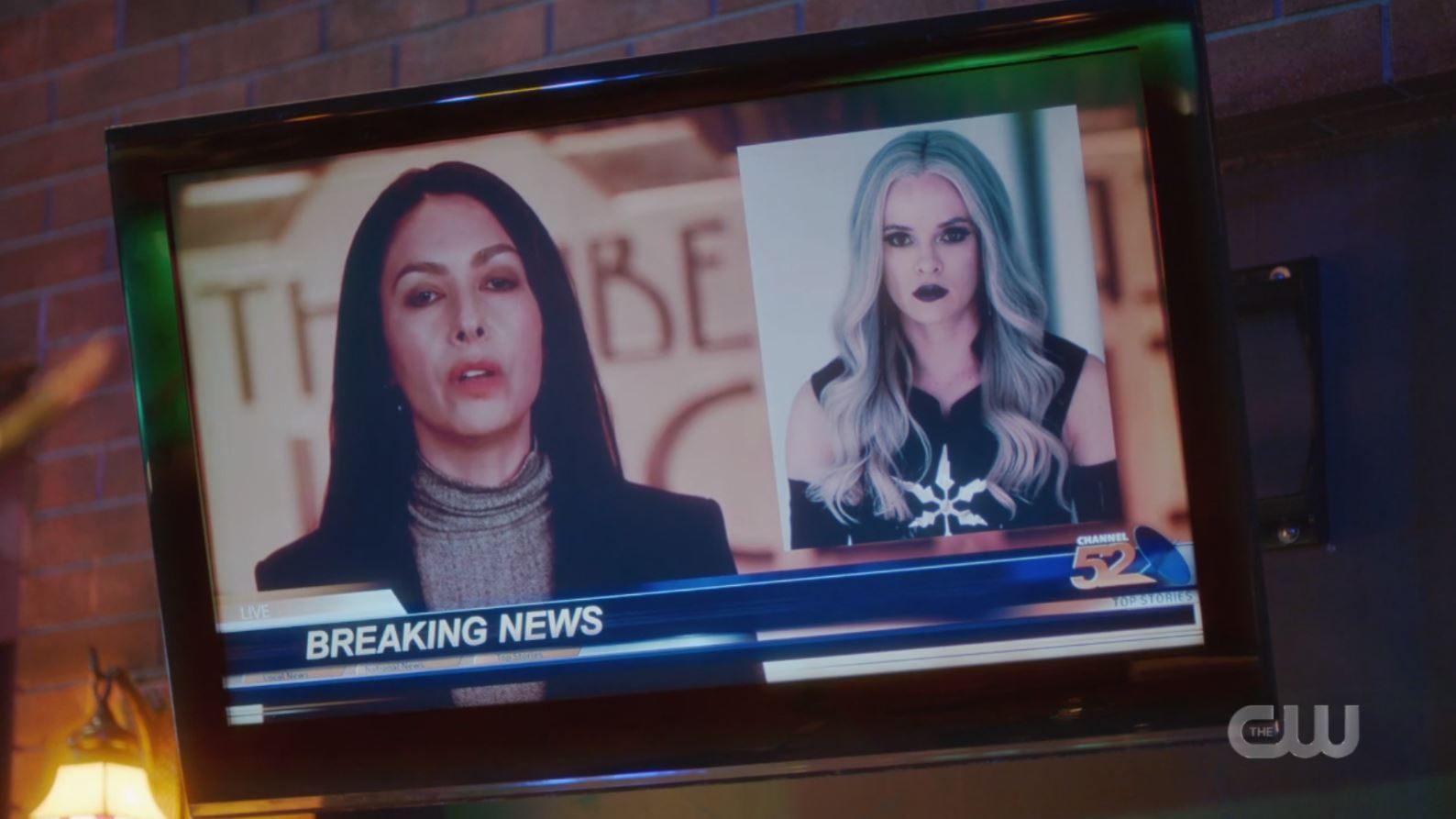 The Bounty on Frost

You can watch the episodes by The Flash when they air on the set time on The CW. You can even catch up with the episodes later by streaming them on The CW’s website or app. The alternative websites to stream The Flash are Apple TV, NEON, Sky, and YouTube TV. If one doesn’t wish to subscribe to any of the above platforms, other options to view the episodes by The Flash are to purchase them on Amazon Prime Video, Google Play, Vudu, Microsoft Store, and iTunes. The episodes can even be live-streamed on platforms like NOW TV, FuboTV, DirecTV, and Xfinity. The Flash Season 7 hasn’t yet become available on Netflix. But one can opt to watch the previous six seasons that have been made available on the platformer. The show follows a TV show format of an hour-long episode along with commercials.

Also Read: What To Expect From The Flash Season 7 Episode 7?