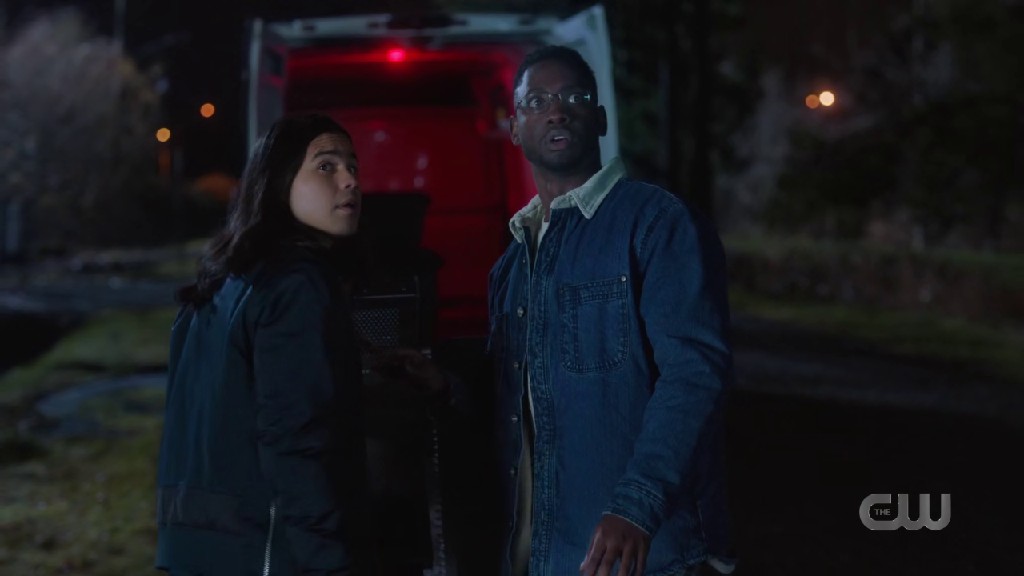 A Still From The Flash S07E06 Featuring Chester And Cisco Working On A New Device (Credits: The CW)

Frost is under accusation of a brutal crime. Seemingly someone with similar powers has done so. But is it Frost will come to closure in the upcoming The Flash Season 7 Episode 7. The previous episode of The CW superhero shows a journey into time travel and time loops. It seems like coming to full circle; there are having side effects on The Flash’s Earth-Prime. Thus bringing in more people born out of this speed force. Greg Berlanti, Andrew Kreisberg, and Geoff Johns created the CW series. The show is currently on its seventh consecutive season, covering six episodes so far. Here we are taking a look at what we can expect from the upcoming The Flash Season 7 Episode 7.

The Flash follows Barry Allens, initially a forensic scientist who gets struck by lightning during an experiment. The lightning force emerges as Barry Allen wakes up nine months later with super speed force, becoming the fastest man alive. So, anyway, before we take a look at The Flash Season 7 Episode 7, let’s take a look at what happened previously on the show.

Previously on The Flash, we witnessed Chester and Cisco battling a new time travel phenomenon.  To fight off the new criminals unleashed after his new speed force is born, Barry starts recharging himself. Chester joins Cisco in finishing a new device, whereas, on the other hand, Caitlin and Frost are adjusting life for each other. 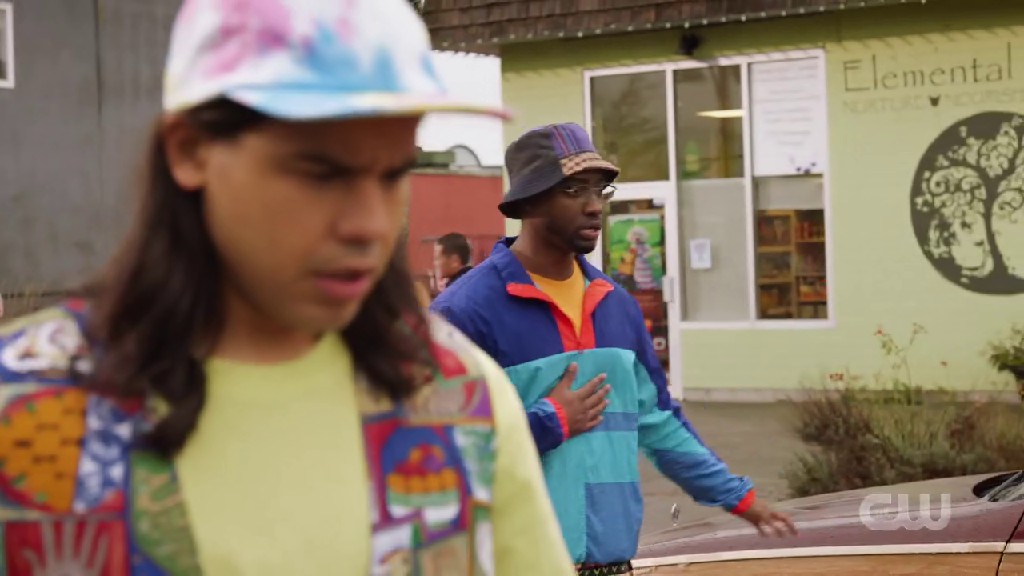 While Cisco and Chester check their new device outside Central City, they get hit by a green energy force. Soon they realize they have time-traveled back into the 90s. They try to blend into this world to investigate who is behind it and how they can get back to their time. But another green force hits and travels them to the time they first arrived in this city. But this time, Cisco’s mind had time-traveled back to when he was 7 years old.

Chester uses movie references to bring Cisco back. Eventually, Chester realizes they are in a time loop to the time when he saw his dad die. Even if he wanted to talk to his dad, Chester can’t since it will alter the timeline altogether. Still, somehow he manages to visit his dad to use one of his devices. Ultimately realizing all his childhood how his dad took care of him into the man he is today.

So, Chester hugs his dad, and both start working together on the device. Soon, they found out the culprit behind this time loop. It’s Dion, a college football star. But upon confronting, he releases another energy force. Another time swap.

This time The Flash and his team take notice of it when each of the members is dressed from a different era altogether. Chester somehow calms Dion down and lets him know that no matter how he tries, he can’t alter what is done. This leads to Dion taking the energy back, but he mysteriously disappears, saying he will look after everyone’s future. 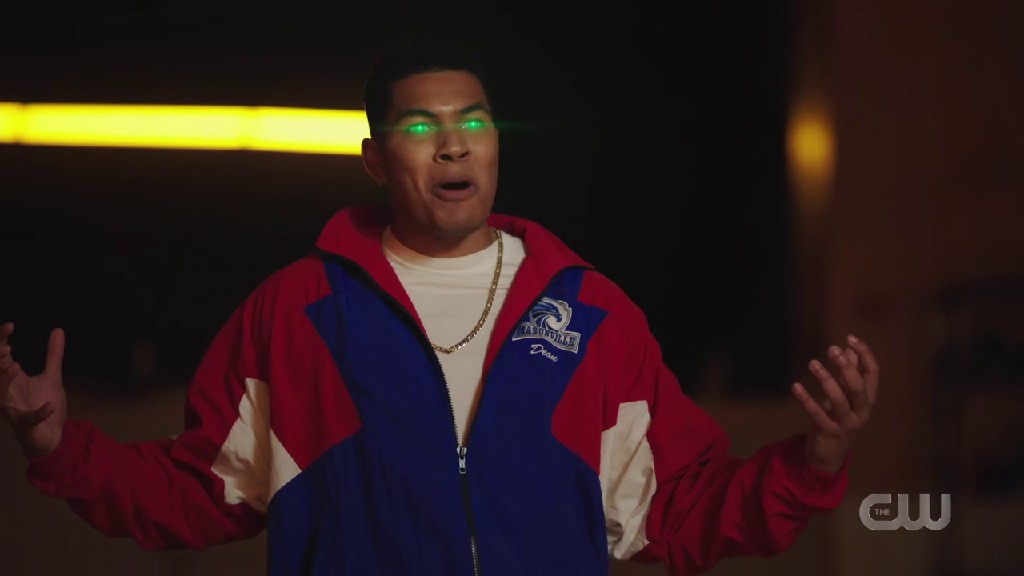 A Still From The Flash S07E0 Featuring Dion, The New Villain Born Out of Speed Force

The episode ends with Barry and the team acknowledging this new enemy. He is born out of speed force and is the strongest there is. While Caitlin and Cisco work on the device, Iris invites SF Nora to her and Barry’s home. Plus, Joe arrives at S.T.A.R. Labs to warn Frost about Kramer and Governor hunting her down. 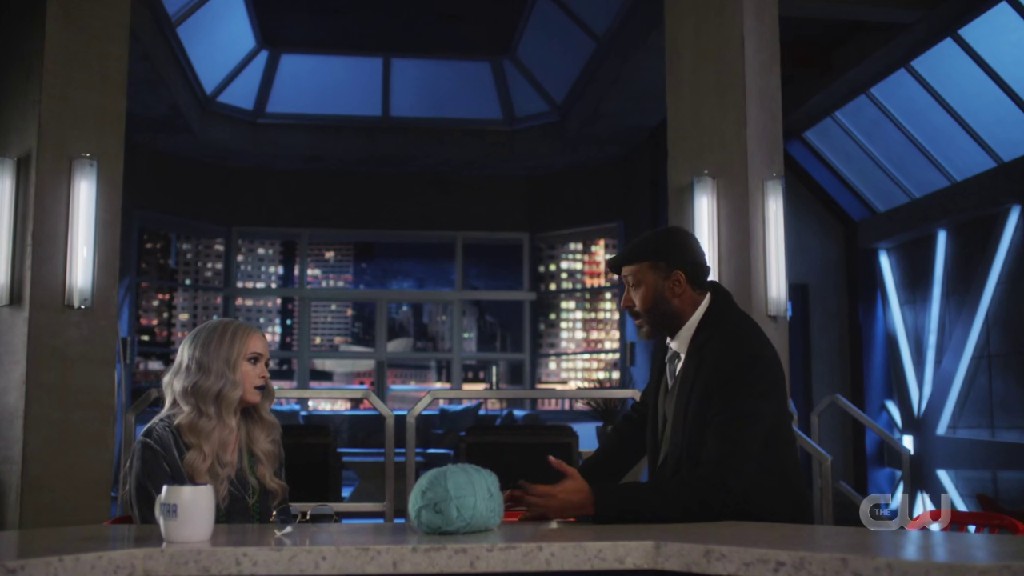 A Still From The Flash S07E06 Featuring Joe Warning Frost About Krammer (Credits: The CW)

The Flash Season 7 Episode 7 is titled “Growing Pains.” The official synopsis of the episode talks about The Frost encountering a new problem. These are the consequences of her past life coming back into the circle. A new enemy has emerged with ice powers similar to The Frost. Now he/she is trying to frame The Frost for crimes she didn’t commit. Now she has to clear her name before Krammer or The Government books her. Check out the 30-second promo released by The CW Network for The Flash Season 7 Episode 7 Below.

So far, apart from Ice Frost and her problems, the teaser promo has teased The Flash, being accustomed to his new powers. SF Nora and friends are here to back him up. The second question is if the new iced name was born out of this speed force or a new comic book name coming to life. Plus, what about Dion? Will he make another appearance to show what he is made of—all in the upcoming The Flash Season 7 Episode 7.