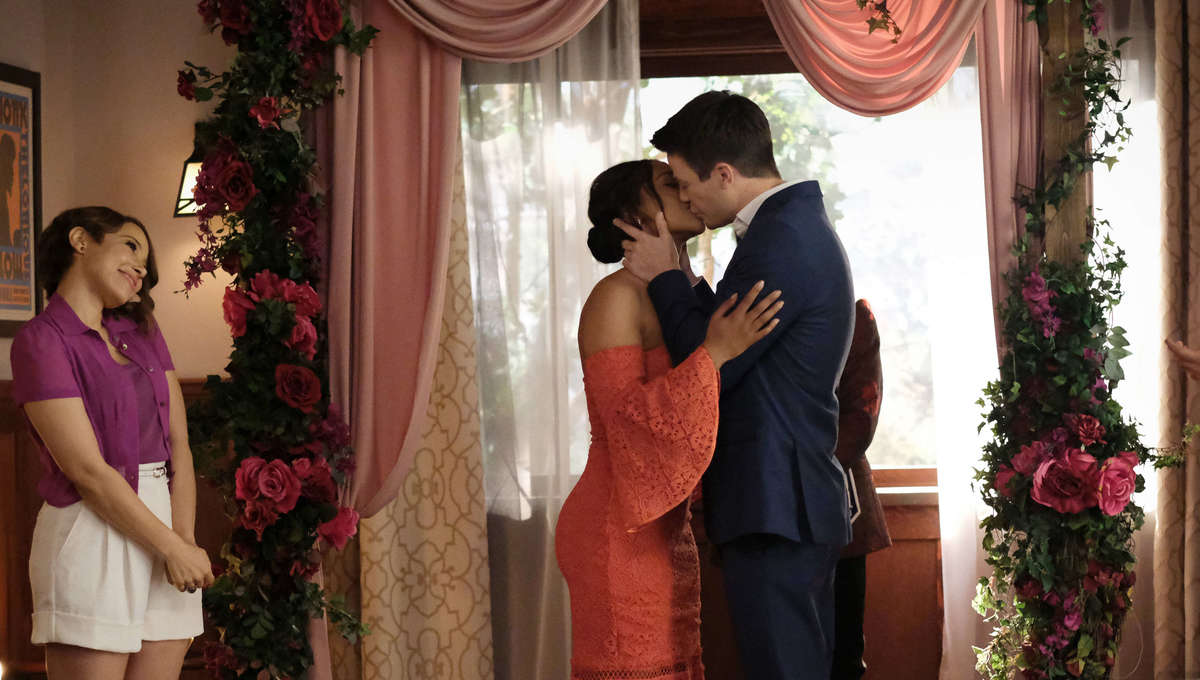 After episode 18 of The Flash Season, 7 aired fans have been asking for The Flash Season 7 Episode 19 release date because the 18th episode left fans speechless. The series took a very interesting turn, and now fans want to know when will 19th episode of The Flash season 7 will release. However, due to COVID 19, the creators found it difficult to film. It is also said that there will be no 19th episode for the seasons. But still, fans are curious to know what will happen. Before going to what will happen. First, let’s see what has happened. In the 18th episode of The Flash season 7, Godspeed, aka Flash, needs “organic speed” in trade for ending the war.

The Speed Force reawakens Bart and confers Iris super-speed, and they fight the Godspeed drones beside Team Flash. However, the Speed Force is required to retreat when the drones start to feed off of her energy. But here comes the twist when Allegra appears with Chester’s device and eliminates the drones’ speed. Barry chooses to grant Heart’s request, returning his memories. Against Cecile’s pleading. Heart re-emerges with the drones. Suddenly, Eobard Thawne arrives and damages Heart and tries to kill Barry. But he manages to escape. The Heart is granted to Iron Heights with his memory of Barry’s identity excluded. Meanwhile, after using super-speed to save Joe from an attack.

On the other hand, Kramer discovers that she is a metahuman capable of imitating others’ abilities like she did with Creyke and starts with a new perspective on law enforcement.

The Best Part Of The Flash Season 7

The best part of the episode was Barry and Iris renewed their wedding vows in front of their friends and family. But we doubt that they will happily ever after because three new forces were invented in this war. The Flash Season 7 marked a new beginning and a new saga. Barry finally got the love of his life, and he saved the world as every good superhero do. So it’s a win-win for everyone. However, these new forces will bring new complications, which is entertainment for the views.

Unfortunately, The Flash Season 7 is concluded on episode 18, and there is no Episode 19 for The Flash season 7. The episode itself yelled that it is the finale. Because the world is safe. Barry got Iris back, and new forces are also discovered. This means the creators are lining up a sequence for Season 8. The production has confirmed that there will be The Flash season 8, and the filming of season 8 will begin in mid-August. That means the script and the cast are ready. They are only waiting for the shoot to begin.

Season 7 ended on a very exciting note, and fans are excited to see that these new forces will be a friend to Flash or will haunt him down. But the silver lining is Iris will be by his side. We all know that a person is stronger when he has a love of his life by his side. However, fans are disappointed that The Flash did not launch the 19th episode. But the production chooses quality before quantity. Suppose they would have launched the 19th episode for season 7 of The Flash. It would only be for increasing the number of episodes. The 18th episode is well concluded and left no loose ends which end. It’s a wrap on The Flash Season 7.

What To Expect From The Flash Season 8

As the season finale of The Flash, season 7 reflected that new forces were discovered. So the initial episodes are expected to feature the world witnessing some new powers and when these powers are out in the world. There will be people who will misuse it. And then Flash steps in to save the world. And obviously, there will be a lot of drama and entertainment because that’s what superheroes are all about drama and action. Barry and Iris will be seen together again. Now let’s see when the production will announce the release date of The Flash Season 8.