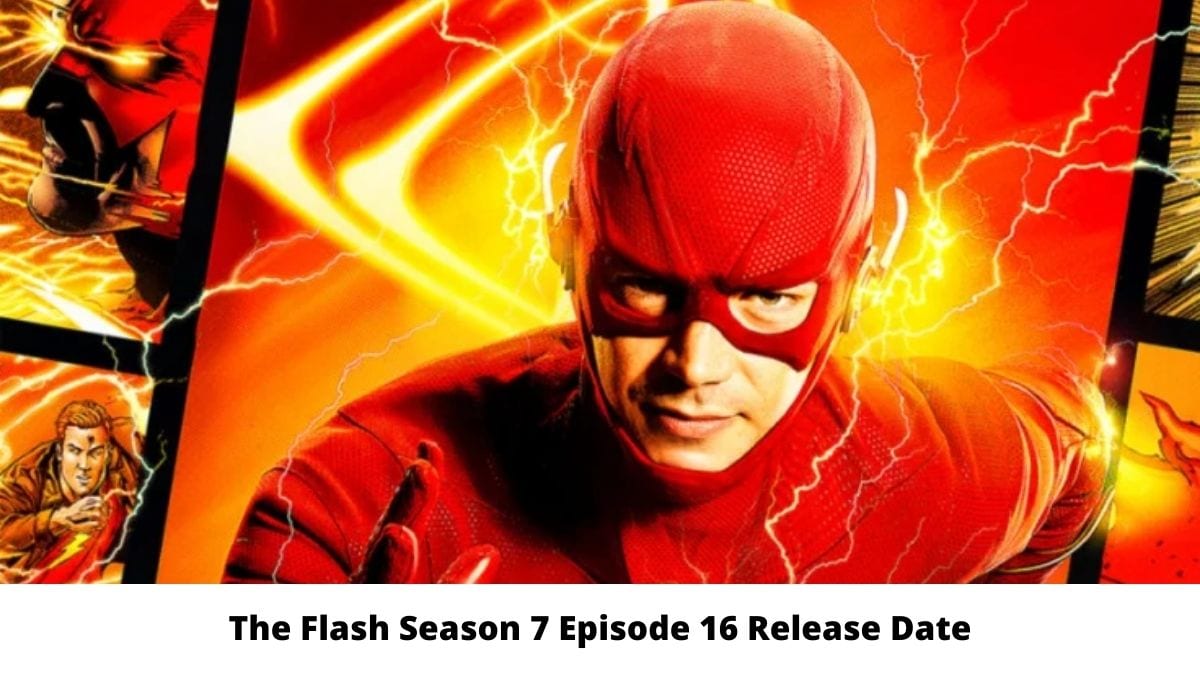 Want to know The Flash Season 7 Episode 16? Everything will be shared shortly. CW network keeps coming with top-notch shows and series every year. In 2014, it came up with an American superhero series “The Flash” that just nailed its performance. CW Network and creators of this series were over expecting such a huge success of this series that they have recovered in the last few years. This series is based on the characters from DC Comics, and it is also one of the biggest reasons behind such a huge success of this series.

This series features Grant Gustin, Rick Cosnett, Candice Patton, Carlos Valdes, Danielle Panabaker, Neil Sandilands, Keiynan Lonsdale, Tom Cavanagh, and Jesse L. Martin in the lead roles. All of them have remained really amazing throughout all the seasons. They have earned such a huge fan following after this series that their social media followers have multiplied rapidly. Right now, season 7 of this series is going on, and it has got 15 amazing seasons released now. Now it’s time for episode 16, and here are all the updates that you should know.

A Still From The Flash Season 7

The Flash Season 7 Episode 16 will release on 6 July 2021 and is titled “P.O.W.”. Marcus Stokes is the director, and Kristen Kim & Dan Fisk is the writer of this episode. This season has almost reached its end, and just 2-3 more episodes are present. After their release, season 7 will bid a final goodbye to all the viewers and fans of this series. But there is nothing to worry about, as CW Network has already ordered season 8 of this series. Moreover, this season 8 is all set to start airing in November 2021. So, the entertainment is not going to stop for you.

This episode will release on CW Network for all the audience having a cable connection at their houses. But those, who are not having a cable connection do not need to worry about anything. This episode will also premiere on the official site of CW Network. So, you can surely enjoy and stream it there. Amazon Prime Video and iTunes are the other platforms from where you can buy or rent this episode. We have even got an amazing promo for this episode that we have shared below.

If you are one of those who haven’t checked out the promo of this episode, then you can watch it here. This promo looks stunning, and it has increased the excitement of all the fans for this episode. In this episode, you will witness that John Diggle will arrive in Central City with a weapon to help Barry stop the Godspeed War. Meanwhile, Allegra and Ultraviolet’s new bond is put or an ultimate test. Also, a former colleague of Joe and Kristian will hunt them. These are some of the most exciting events that are going to take place in this episode.

This episode was titled “Enemy at the Gates” and it was released on June 29, 2021. In this episode, Barry dreamed about his future daughter Nora as he believed that Iris is pregnant. So, he developed a way to test the HCG level of Iris. Barry wanted to keep it a secret, but Chester and Cecile still discovered everything. Forst brought Chillbaline to STAR Labs after he was injured in a fight. Suddenly, Godspeed drones arrived in Central City to target Barry, so Chester activated STAR Lans defense. When the drones break-in, Chester flew to Time Vault.

Meanwhile, Gideon boosted a modem speak signal to confuse them so that Barry, Frost, and Chillblaine can fight with them. When one of the drones destroyed Gideon, Barry flew into the city with all of the drones pursuing him. But six more drones appeared. While recovering. Chilblain and Frost shared a romantic experience until he escaped while Barry realized that Iris is not pregnant. Elsewhere, Cecile helped Caitlin in removing the black hole chip. Kramer and Joe got attacked while staking out the boat of Creyke.

These were some of the major details about the previous episode of this season. As of now, we have shared all the important details about episode 16 that is coming up very soon. We will be back with more updates like these, so stay tuned and connected to our site.