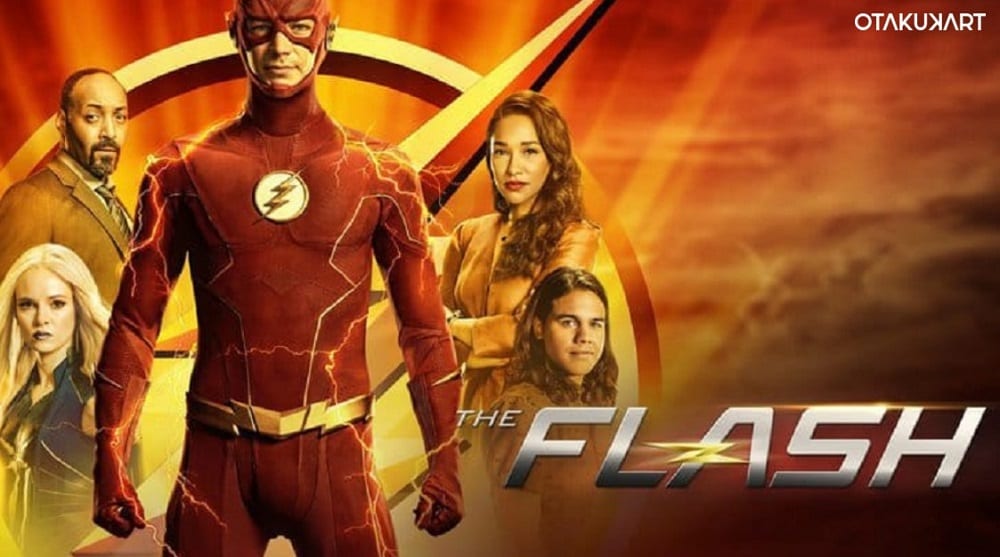 The Flash Season 7 Episode 10 is coming out next week and here's all you need to know about it.

Fans have been really excited about The Flash Season 7 Episode 10. Developed by Greg Berlanti, Geoff Johns, and Andrew Kreisberg, the series made its debut on 7th October 2014. It recorded an enormous viewership of 4.83 million viewers from the US itself on its premiere. Moreover, the critics and the audience really liked the show as it brought to life the character of Barry Allen (The Flash) that we had only known from the comics. As a result, the show now has a massive fanbase. Furthermore, the show has an average score of 89% on Rotten Tomatoes and an average rating of 7.7/10 on IMDb. Consequently, The CW has renewed it for a new season again and again. So, let us dive deeper into this article to find out everything about The Flash Season 7 and its forthcoming episode.

Everything you need to know about ‘The Flash’:

‘The Flash’ is an American superhero TV series developed by Greg Berlanti, Geoff Johns, and Andrew Kreisberg. It runs in the genre of superhero drama and action and is based on the character of Barry Allen (a.k.a The Flash from the DC Comics). It is set in the universe of Arrowverse accompanying the other DC Comics-based shows. The show has released a total of 142 episodes to date over the course of its 7 seasons (with the seventh season currently running). It airs an episode on The CW every week on Tuesday with each episode having an approximate runtime of 41-45 minutes. Aaron Helbing, Todd Helbing, David Nutter, Andrew Kreisberg, Gabrielle Stanton, Sarah Schechter, and Greg Berlanti are the its executive producers. Berlanti Productions, DC Entertainment, Bonanza Productions, and Warner Bros. Television are the production companies that have funded the project whereas Warner Bros. Television Distribution is its sole distributor.

The Flash Season 7 Episode 9, which was released yesterday was titled “Timeless”. Kristen Kim and Joshua V. Gilbert had written its teleplay with Menhaj Huda directing it. In that episode, we got to see Barry turning to the Timeless Wells for some assistance after the heart-breaking betrayal. Besides, Iris was leading the Team Citizen in search of a few answers down a dangerous road. Apart from all this, Cisco finally confided to Kamilla about his biggest. All and all, the episode brought mixed feelings but managed to end on a positive note. Anyways, let us now see a few spoilers for the soon-to-be-released tenth episode of The Flash Season 9.

The Flash Season 7 Episode 10 is titled “Family Matters, Part 1”. Lauren Barnett and Emily Palizzi have written its teleplay whereas Philip Chipera has directed it. In this upcoming episode, you will get to see Iris being pushed to her saturation point as she is looking to unravel the mysterious truth about Psych. Moreover, Barry will start off a new training system that could possibly have a huge counterblow. Apart from all this, Cisco and Joe will have to make some life-changing and intense decisions. As the name suggests, the episode will just be the first part. Consequently, you can expect the creators to leave you in a cliffhanger at the end. TV Promos has even released a trailer for The Flash Season 7 Episode 10 on their official YouTube channel. It has already crossed 221k views and you can click to watch it below.

The Flash Season 7 Episode 10 is going to release on 18 May 2021 i.e. on Tuesday at 8 PM ET. You can tune in to The CW channel at the broadcasting timeslot mentioned above to watch the episode. You can even stream it on the official website of CW or its app just a day after its official broadcast. Besides that, cord-cutters can enjoy the episode using live-TV streaming services like FuboTV and DirecTV. Apart from all this, there is an option to rent or purchase the episode from VOD services like Amazon Prime, iTunes, Vudu, and Microsoft Store. This is going to be the penultimate episode before the show goes into its mid-season hiatus for a few weeks.  So, gear yourselves up as The Flash returns this week with an enthralling and thrilling episode once again. Until then, let us know your thoughts in the comments section about the story of this season till now.