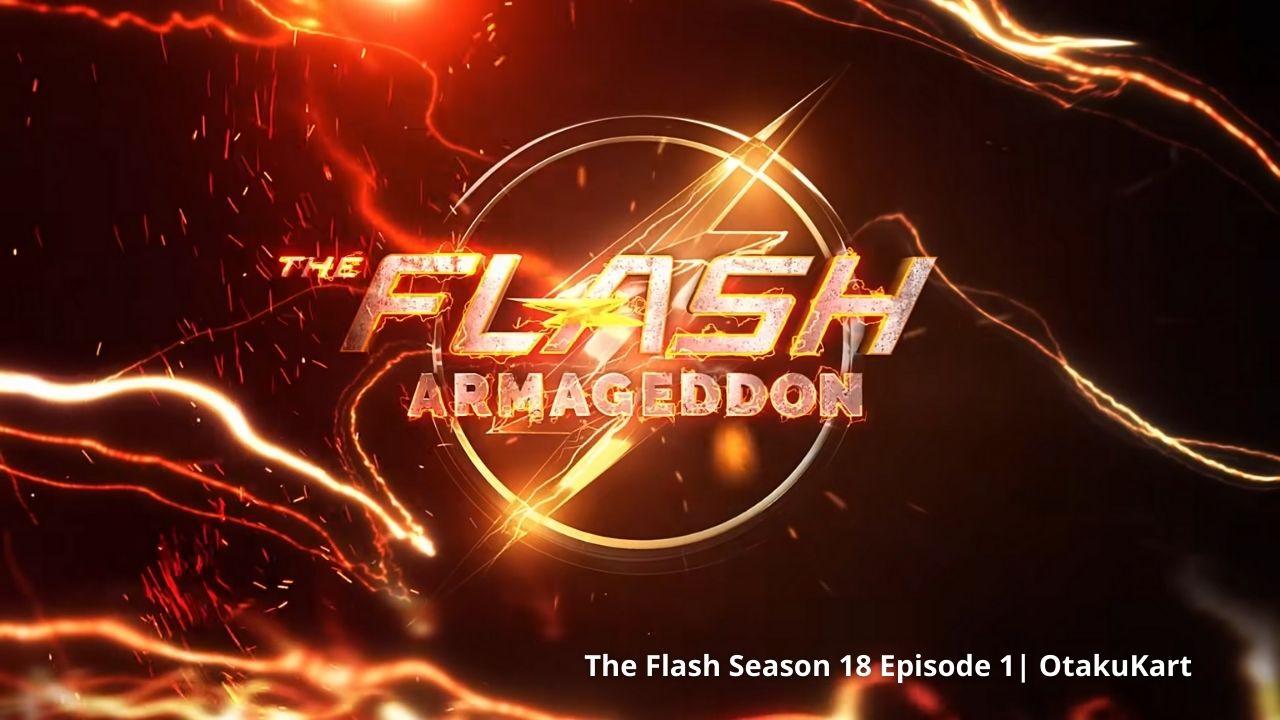 From The Official Trailer Of The Flash Season 18

The Flash Season 18 Episode 1 is bringing a threat that Flash may have never faced before. A threat right from outer space that literally came looking for Barry Allen. Now, this threat promises to finish everyone he knows. This sees Barry calling in for backup from friends who have saved this world with him for a number of times. But before we move to the same, the Flash faced a similar future-ending threat in the form of the Godspeed Civil War. Something that wrecked the Central City for most of Season 17.

So this civil war constantly saw Team Flash being outnumbered or defeated. In the end, The Flash was left with only one choice. He may have to give Godspeed the thing he wants. This may help him to stop the civil war but in the process sacrifice his family for the world. The Flash crossed out all the possibilities and had to bring an unlikely ally into the war. The problem is, once this crisis is over, this ally would love to kill The Flash the moment he gets. Here is a look at it.

For the entirety of The Flash Season 17, we saw a civil war between various versions of Godspeeds wreaking havoc in the central city. The exact reason was under wraps until Barry went inside August’s mind. Talking to him told Barry that August wants Organic Speed. If he gets it, he will reabsorb the other versions of his. Refusing will just leave him to let the versions burn this city to the ground like they are already doing. August woke up to be scared of this future version of his. So were Flash and his team. 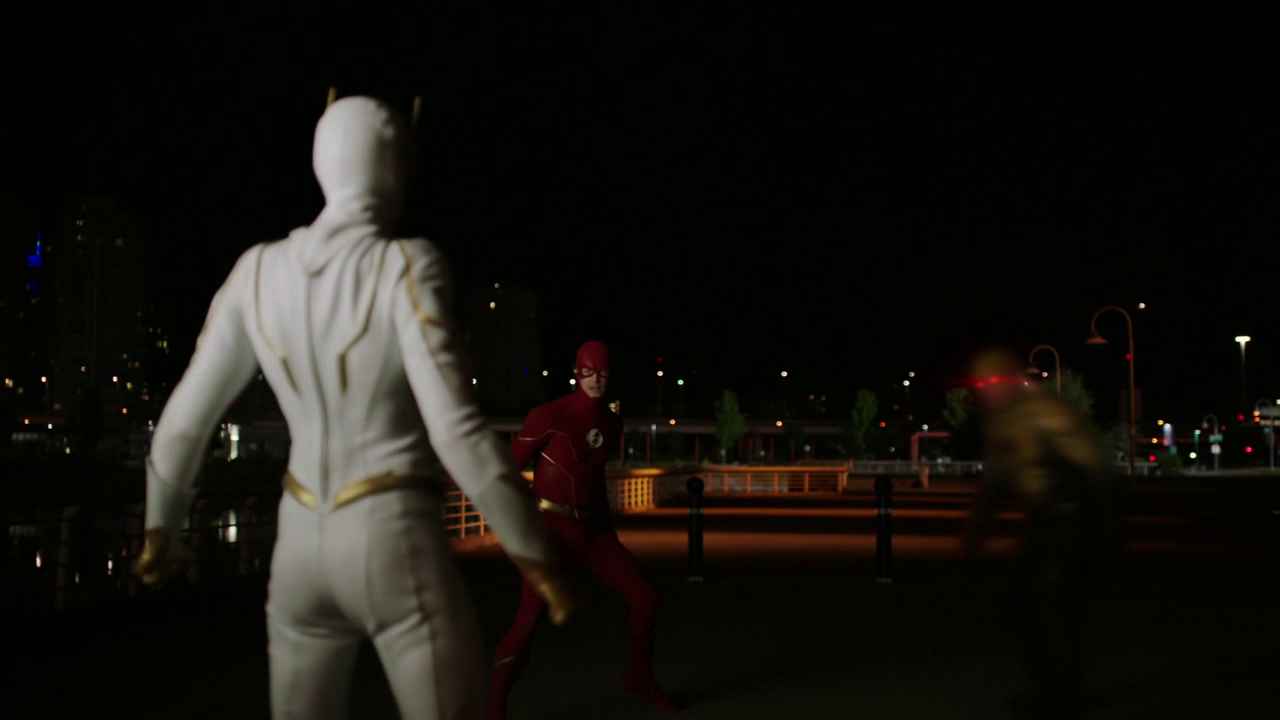 From The Flash Season 17 Episode 18 Featuring Godspeed, The Flash and The Reverse Flash

Team Flash starts crossing things out while Cecile calms August down who is worried about his future evil version. Chester on the other hand spends time bringing Allegra back. As Team Flash was getting ready to fight, Big Nora came back. Also, she had a gift for each one of them as they boasted them up. That included Bart who stood on his feet too. So it was time to join the battlefield.

Team Flash gave a fight to Godspeeds but they were taking Nora’s powers. This required her to leave the place. Then came Allegra with S.E.E. to clear the field. The reactor is okay but damaged. More Godspeeds are coming and while Team Flash figures it out, Frost and Mecha-Vibe are taking care of them. In the end, Barry agrees to give August the organic speed. August on his side promises that he will try not to turn. 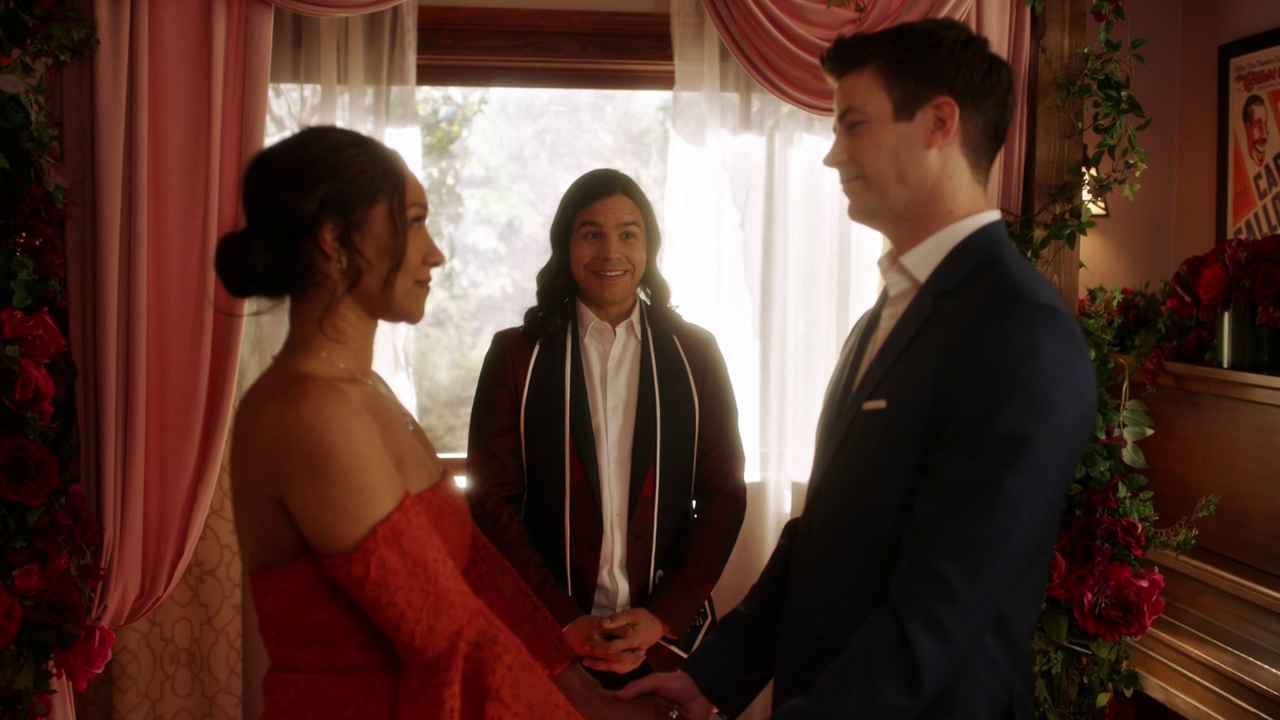 From The Flash Season 17 Episode 18 Featuring Barry, Iris and Carlos

Still, the moment August receives the Organic Speed. He does turn but Barry and Iris have a plan. Barry receives backup in the form of Thawne. They manage to take Godspeed down. Thawne decides to take down Barry in the process but Flash has become way faster than Thawne ever can. So he retaliated. The episode closes with Speed Force Nora removing August’s memory. Kramer realizes she is a  speedster too. Barry and Iris remarry to each other with all their friends together.

The Flash Season 18 Episode 1 is releasing on 16 November 2021. It is titled, “Armageddon Part I”. The official synopsis of the episode suggests we are in for a powerful alien threat that is invading Planet Earth. Its arrival is quite mysterious. This sees Team Flash push their limits if they want to save the world from this threat they have never faced before.

On top of that, the trailer suggests that this person may actually know who The Flash is and he came right for him. So this sees Team Flash calling in help from friends from known places. Especially with the fact that this alien wants to kill everyone he knows. So, we are in for another team-up episode that brings Green Arrow, Batgirl,  Black Lightning, and Atom into the battlefield.