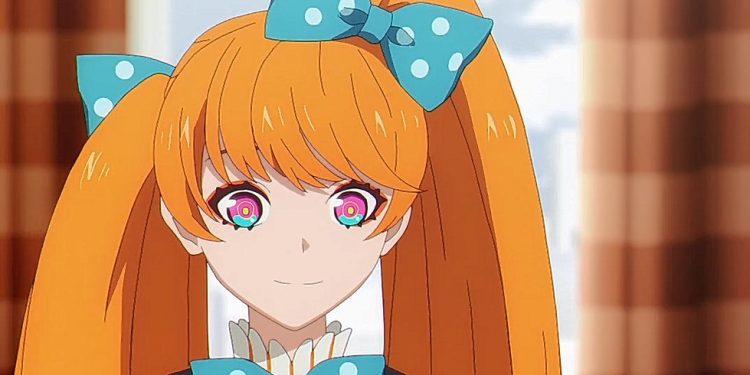 Takt and Destiny are leaving New York since the D2s are after them, and Anna tells them to thank Lenny since he has helped them. Later they meet with Lenny and Titan, but Lenny teases them on a date. Takt reminds him that he is the one who called them to that location. Destiny has no clues what a date is, and Titan explained to her. Destiny heard what Titan said and said they did that yesterday. Lenny teased Tatk again, and Takt told him to leave the jokes aside and get to the business of the day.

Takt asks about Symponica and the Boston tragedy. But Sagan from the Symponica arrives and says he wants to hear about that. Sagan reveals that he has been looking for Takt, and he is glad that they met in a place like this. He knows that Takt is the son of Rooster, Kenji Asahina. Lenny wonders why Sagan is her, and Sagan replies that Lenny should be one to explain why he is with Takt. Lenny realizes that Sagan knows everything. Sagan says that Lenny has options, and they can remain friends.

Lenny thinks that Sagan ruined Schindler’s life and can’t befriend a guy taking him into darkness. He adds that Schindler told him everything; Sagan wonders if Lenny wants to defy the master and summon Hell with her Conductor. Lenny realizes that this means the battle is on and takes out his weapon to fight. Takt realizes that Sagan is making Lenny angry. Lenny told Takt that Sagan was behind everything and had to stop him here. Takt summons his weapon and Destiny to her fighting form. Hell vs. Destiny begins.

Sagan told Hell to kill them if they didn’t cooperate with them. Titan faces the second Musicart since that hat lady wanted to tag with Hell and face Destiny on 2v1. Titan told the hat lady that she would not hurt Destiny. They both have one-on-one where Destiny faces Hell, and Titan faces the hat lady. The hat lady’s name is Rengoku, and Lenny reminds Takt to show them what a master and pupil duo can do. Takt agrees and says he will never become anyone’s pupil. Lenny tells him to stop being cold. Sagan reminds Lenny about the Boston tragedy that happened ten years ago.

He thinks that Lenny is atoning for his sins after becoming a Conductor. Lenny met with Sagan ten years ago and became Sagan’s pupil. Sagan told Lenny that he would be his master, but he will also learn something from him. Later, Lenny learns the truth about Sagan and decides to part ways with him. Back to the battle, Destiny landed massive blows on Hell. But Hell uses her long hiss to block Destiny’s sword. Titan buys time for Destiny to recover. Rengoku interferes, and Takt decides to show Hell her place. He vows that after the brawl, he will return home.

Takt op.Destiny Episode 11 will be released on 14 December 2021. Lenny is glad that Takt understands Destiny, and the battle will be over soon since Takt has improved. Hell gets excited since she has been waiting for a bloody battle. Destiny uses a fire cannon that blasts Rengoku’s weapon. Takt’s powers wear out, and Destiny returns into Cossette’s form. Lenny and Titan use their signature move ”It’s Show Time” and take on 2v1. Let’s look at Takt op.Destiny Episode 11 official details.

Also Read: My Senpai is Annoying Episode 10 Delayed: Will Harumi Teach Futaba, How To Swim?.