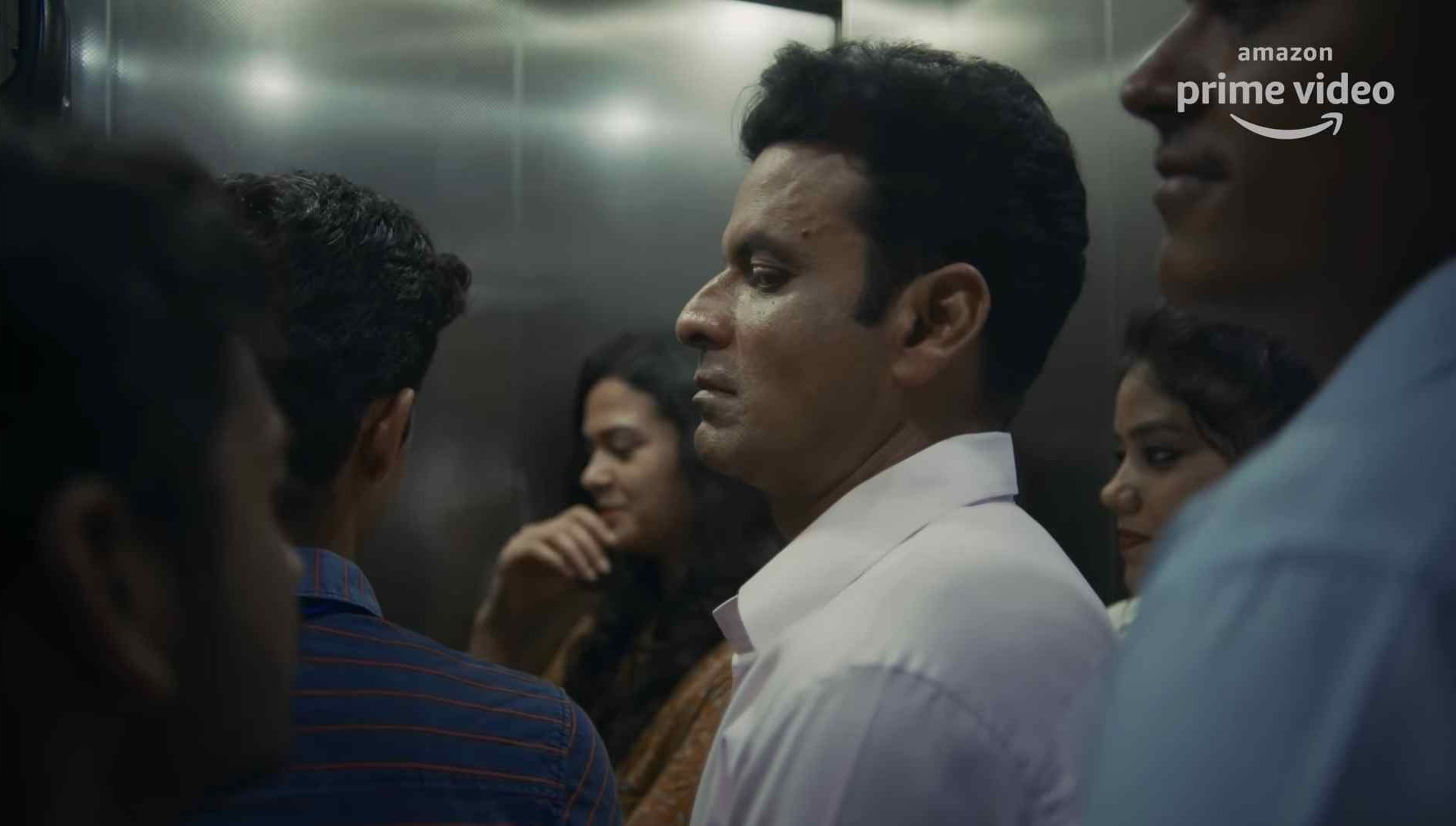 As Family Man Season 2 is making its presence felt around the world. The cues for a third season are already in. Spoilers ahead if you want to back out already. But here it goes in case you binge-watched your way out of the previous season. . Yes the second season served as kind of the compensation for season one. Another thing to note was that you could already feel the subtle nods teasing towards another season by the end of the show. What are they about? What do they mean? We had threats from Pakistan and then threats from Sri Lanka. What’s the next threat coming in for The Family Man Season 3? Let’s take a look at what we can expect from these new Chinese threats infiltrating the show.

The Family Man Season 2 debuted in September of 2019. Raj & DK created the show with Sumit Arora and Suman Kumar working on the script. Starring Manoj Bajpayee in the lead, the show didn’t have many audiences on its inception. The word of mouth worked for the show a lot, resulting in many tuning into the show. What we witnessed was a dark and thrill ride of action built-in with hilarious comical sequences. The series went on to win five Filmfare OTT awards were showcased at the Television Critics Association’s summer press tour. The second season premiered on the 3rd of June, and it’s step by step grasping the same entertaining status. So coming to the third season, first, let’s take a look at the threats from the first season.

Threats From Sri Lanka And Pakistan In Family Man

The Threat From Pakistan

The first season of The Family Man saw ISIS terrorists from Pakistan infiltrating the country of India. Only to be stopped by the Indian Coast Guard. They later handle them to Force One and TASC. Only with the terrorists escaping leaving only one named Moosa alive in a shootout. Another bomb plantation near Kala Ghoda makes the presence felt. Major Sameer had solid plans for the attack. He managed to misguide the intelligence towards a college engineer who could be a potential terrorist. TASC followed the lead to realize all that college kid tried is to deliver beef at a regional party’s house. 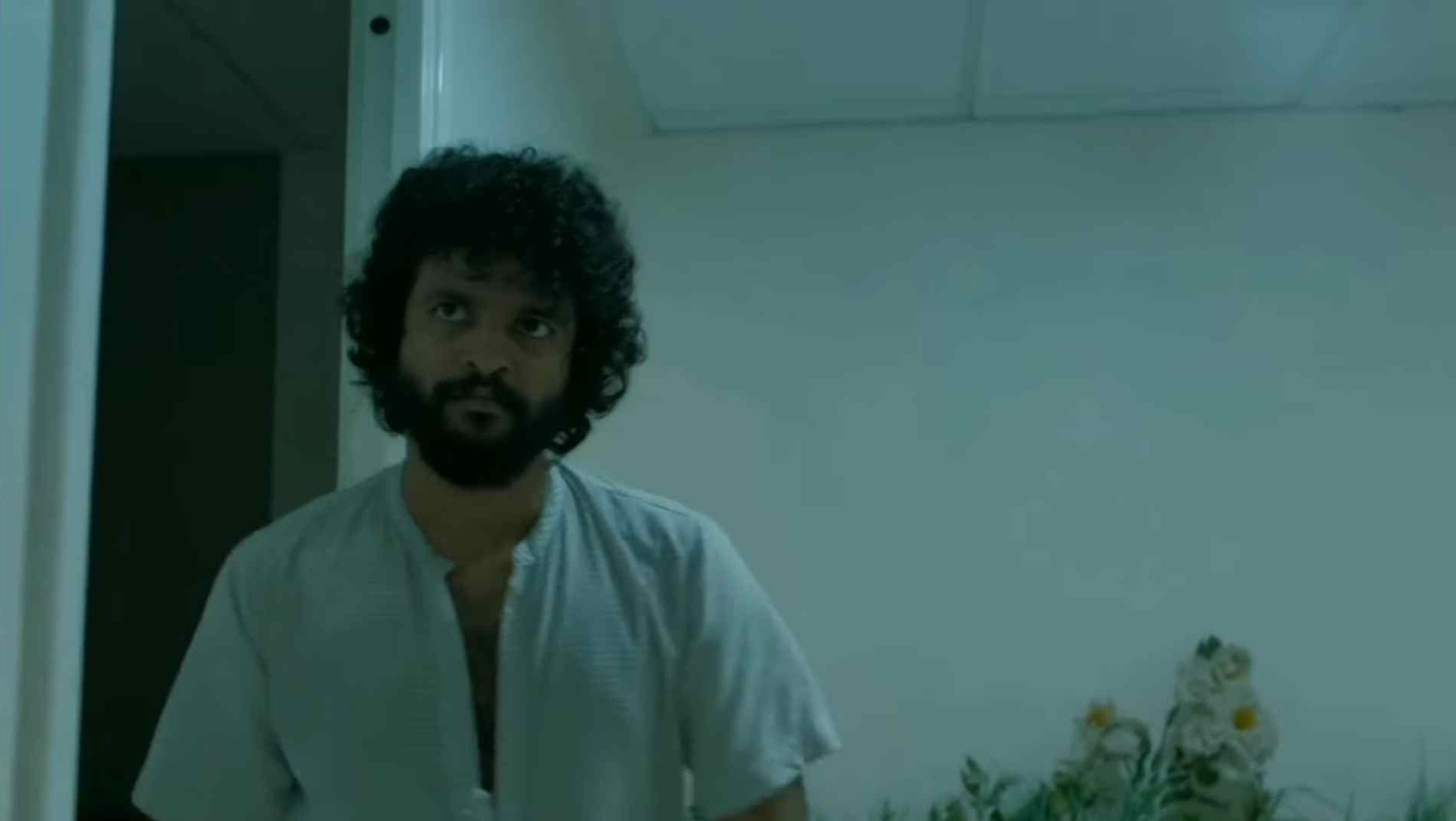 From The Family Man S01 Featuring Neeraj Madhav as Moosa

The college kid Karim’s death was a sacrifice for a bigger mission called Mission Zulfiqar in Srinagar. The same leads Srikant there when he took the blame for the death of Karim on himself. The investigation leads to find out the captured Moosa is actually the big gun over here. He escapes from the hospital. The big plan of the terrorists is to release nerve gas in New Delhi. A negotiation from Pakistan’s PM results in the arrest of Sameer. But there is a plan B for Mission Zulfiar in action. The recreation of Bhopal Gas Tragedy. Srikant manages to change Moosa’s mind with the help of his mother. But Sajid who is there with him, disagrees leading him to shoot Moosa. The show ends on a cliffhanger with the gas leaking after an ultimate showdown between Zoya and Milind and Moosa’s men.

The Threat From Sri Lanka

The second season of The Family Man brought in Tamilian Rebels from Sri Lanka, looking forward to a mission against India. Sameer is free and back to continue what he aimed for. This time he planned to deal and use the Rebels for his mission. The show answered the gas tragedy event, which was brought under control by TASC but almost cost the lives of Zoya and Milind. Plus, the team was broken apart with Srikant leaving TASC. Srikant spent quality time with his family for over a year, with JK leading the TASC for a new mission in Chennai. 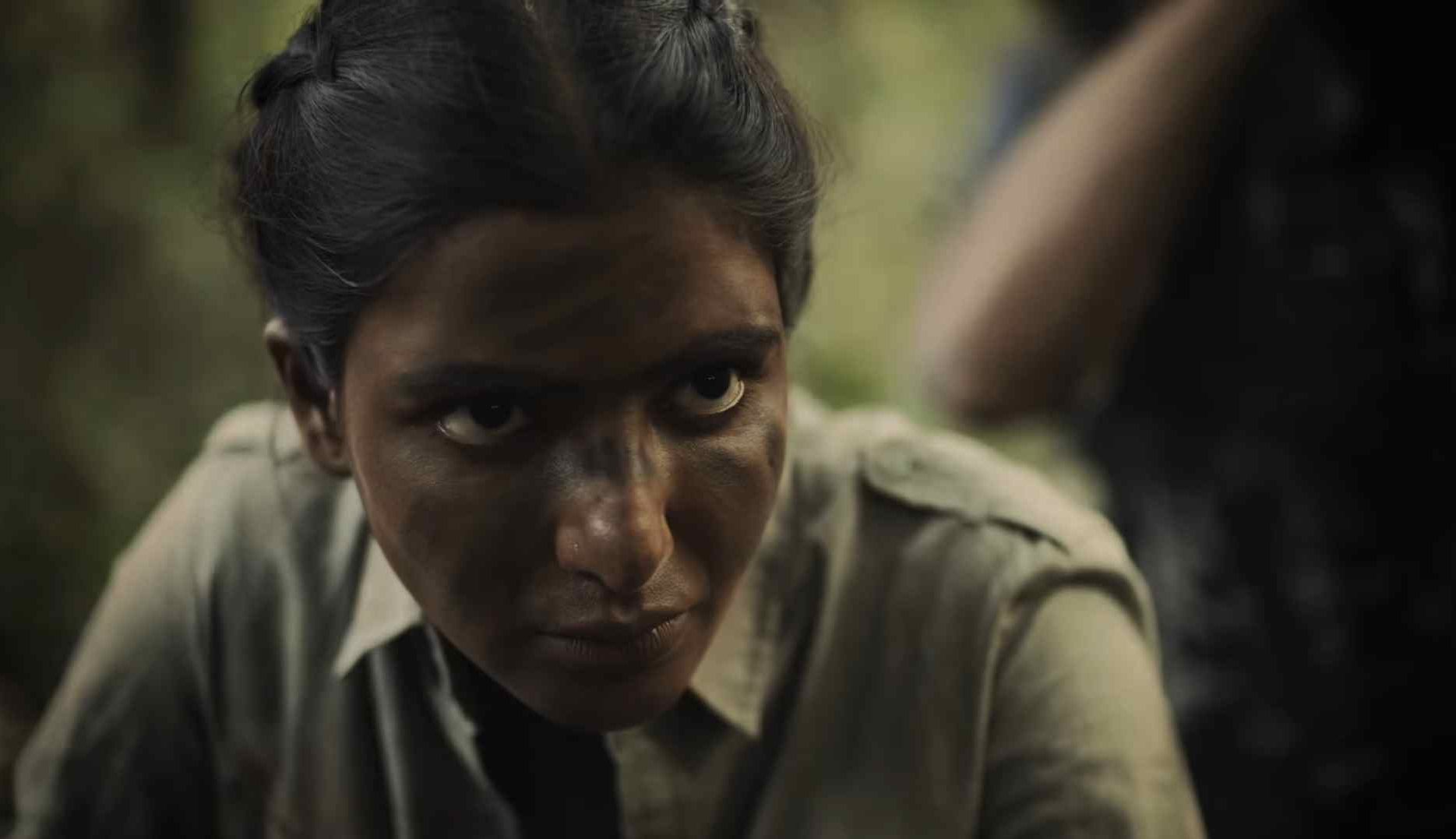 From The Family Man S02 Featuring Samantha Akkineni as Raji

Things in the personal life of Srikant fell apart. In turn, leaving him to quit his regular job and go back to TASC to fight the threat from Sri Lanka. Led by Raji, the Tamilian Rebel planned to take down the Prime Minister of India during her meeting with Sri Lanka’s president. They had all planned in with a plane to transport themselves. TASC found themselves chasing down these rebels, eventually crossing paths with Raji. The final moments saw Srikant making it to the spot where the rebels planned to take off their plan. A gunfight followed into a car chase sequence with Raji trying to fly a damaged plane. The rebels weren’t afraid of dying. Shots fired at the plane resulted in its destruction. Thus the last living member of Rebel, Raji died. TASC received awards for its bravery and dedication to close the season.

The second season of the show gave us subtle hints on what the creators are planning for The Family Man Season 3. Towards the end, the show became all lovey-dovey until a blackout arrived. What we witnessed here is a recap of the current Covid-19 situation around the world. More importantly, the show focuses on the situation in India. The recap included everything from the pandemic’s inception to the time the second wave hit recently. Thus, the scene laid a groundwork suggesting the show to focus more on the real-life situation out here today. 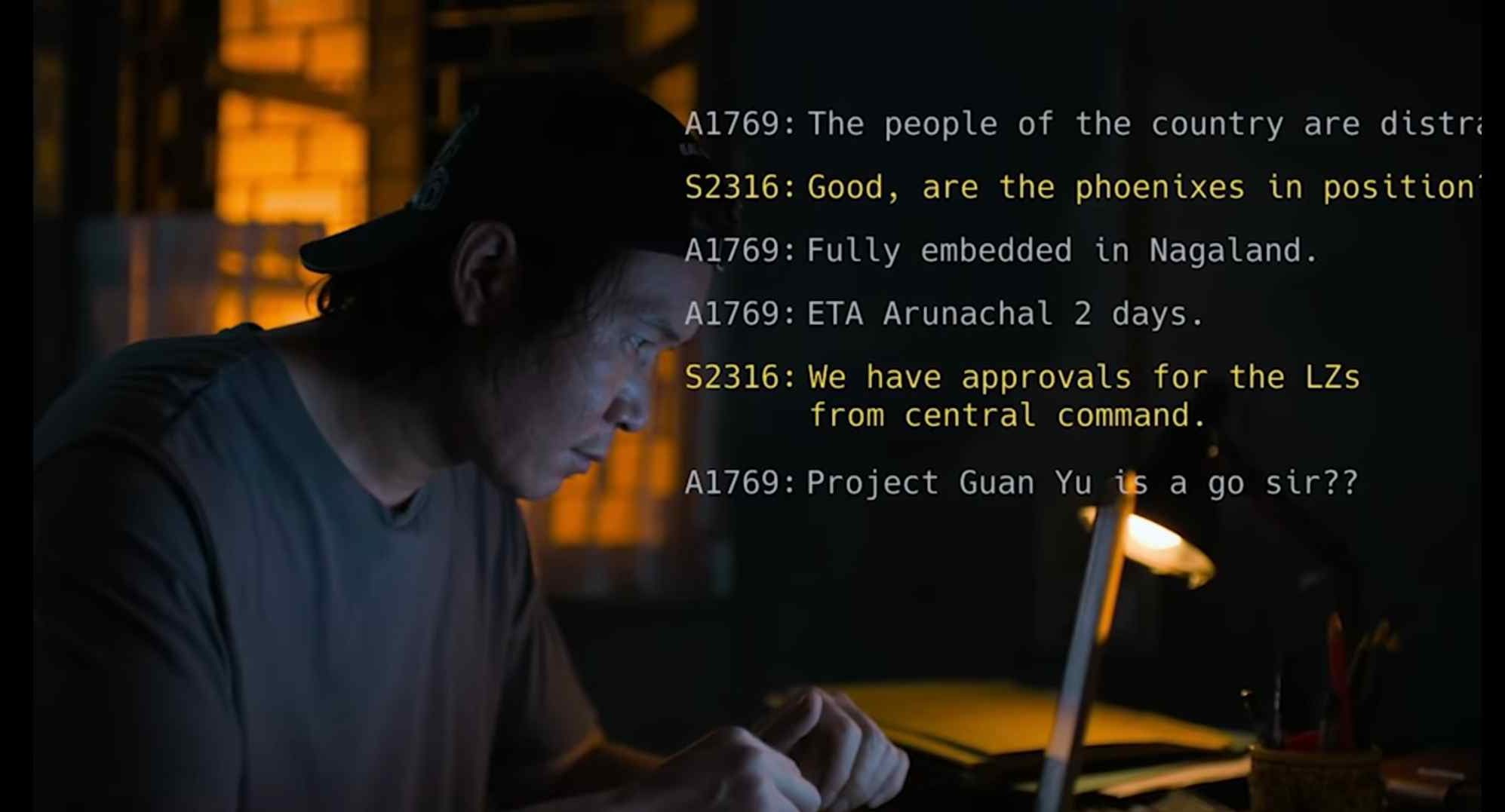 From The Family Man S02 Finale

Following the pandemic recap, we saw a Chinese man taking residence in Kolkata city. We can see him contacting probably his official, telling him about the situation of the country. Letting him know how the pandemic has distracted them. Then let them know about a thing called Phoenixes planted in Nagaland and Arunachal. Thus asking for a potential yes for the mission, which is approved. At the moment, we don’t know if this new Chinese threat has anything to do with the pandemic. From the scenario, it seems like they are banking on the chance as the country is busy dealing with pandemics.

So The Family Man Season 3 will likely see the terrorists from China infiltrating the country. We are bound to see Srikant and TASC battling the Chinese amidst the pandemic. How will it go down between them? Will they take notice of the bigger threat lurking behind the mask of Covid-19? All in The Family Man Season 3.