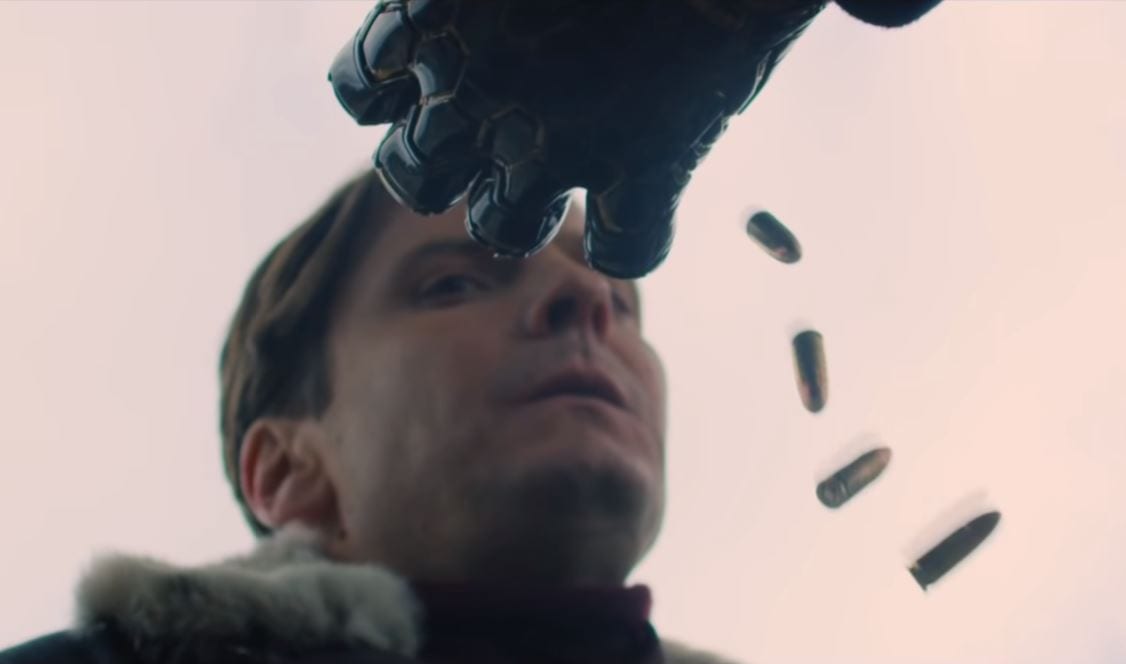 The Falcon and The Winter Soldier Episode 5 has been ramping up to a great encounter. Previously we saw Sam and James getting Zemo out of the prison to help them investigate the Super-Soldier Serum. In their quest, they head to Madripoor where they meet Sharon Carter. She has become quite self-reliant for her own good. So through her, they are able to triangulate down on Wilfred Nagel, the one who produced the batches of Super-Soldier Serum. But as people target them, Zemo kills him as four of them run away from the bunker. Now, to find the Flag-Smasher, Karli Morgenthau, Sam, James, and Zemo try to find Donya Madani’s memorial. Donya Madani was the woman who took care of Karli Morgenthau who had recently passed away. During their quest, James recognizes some black orbs and realizes that Ayo was keeping an eye on them.

The Falcon and The Winter Soldier Episode 4 Recap 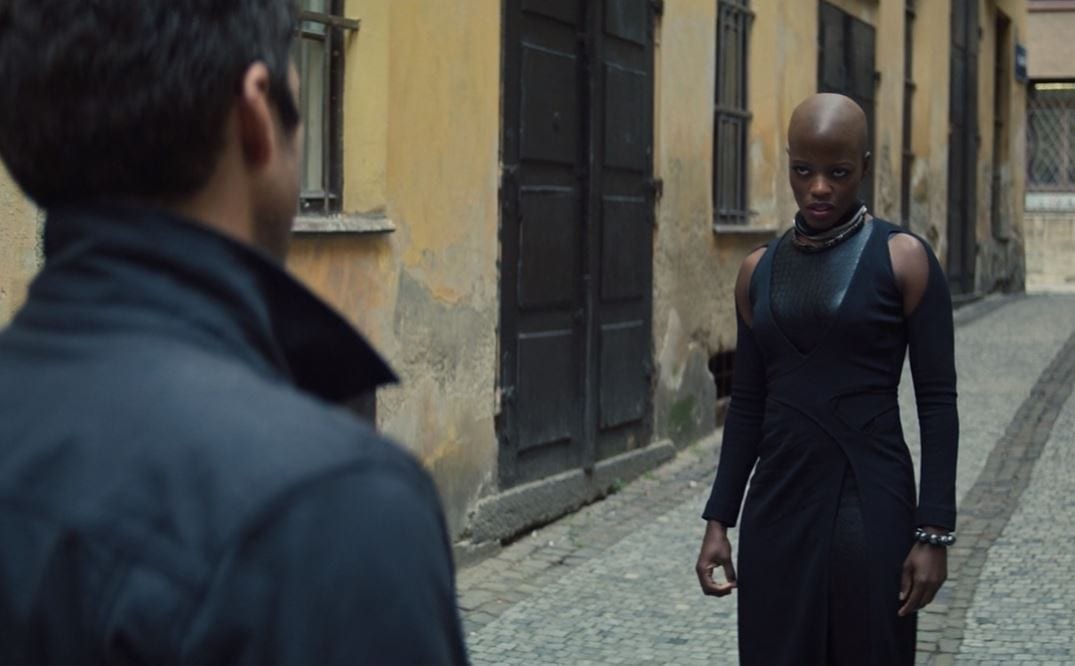 The Falcon and The Winter Soldier Episode 4 titled “The Whole World Is Watching” starts off with a flashback to James Barnes’ time of recuperation in Wakanda. Here, Ayo helps him off Zemo’s handle on him letting him be a free man. At present, Ayo follows James as he and Sam had freed Zemo. Zemo was the one responsible for the death of their King T’Chakka. She and the Wakandans cannot have him running free and therefore give James eight hours before they take him under their custody.

On their quest to locate, Karli Morgenthau, Zemo comes out on top as he bribes a few kids with candies to get on their good side. While he does so, one of them directs the trio towards the memorial. During which they are accompanied by John Walker (Captain America) and Lemar Hoskins (Battlestar). Sam decides to talk to Karli alone as he believes that he understands their side and he could talk her through. While it does seem that Sam was being successful in his attempt, John Walker gets restless as he intervenes in on their conversation causing a fight to ensue. While Karli tries to run away, Zemo catches hold of her as he destroys most of the serums before he is apprehended by John Walker. Here, he sees the last vial of the Super-Soldier Serum which he keeps for himself. 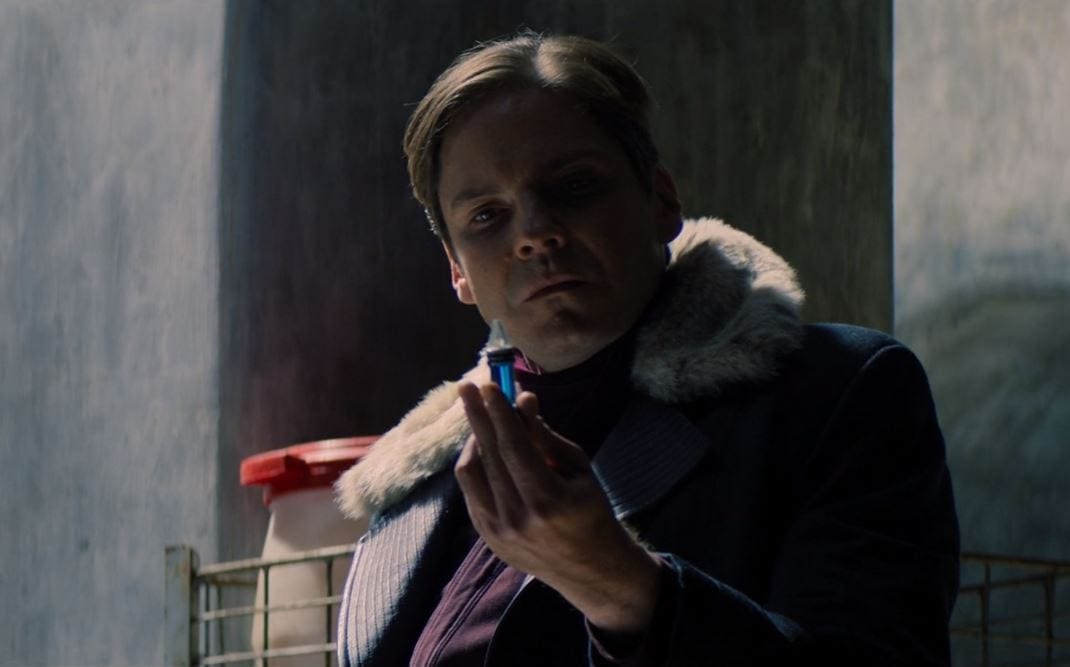 As they get back to Zemo’s place, Ayo and the Dora Milaje come in to apprehend Zemo. Walker refuses to hand him over to them. This starts a fight in which the Dora Milaje humiliates John Walker while Zemo escapes from them. The humiliation John Walker faced was probably more than enough for him to inject himself with the serum.

Karli feels that Sam was being genuine but also suspects that he was working under Captain America. So to clear her suspicion, she threatens Sarah, Sam’s sister, so that he could meet with him alone. Sam who was scared for his sister and nephews’ life compels as he goes to meet with Karli with James beside him. While they meet, Karli tries to persuade Sam Wilson to join them in their cause. But just then, Sharon informs Sam of John Walker Lemar Hoskins movements. They were heading towards a Flag-Smasher base to take them down. As soon as they know, Sam, James, and Karli head towards them.

Here, there is another fight in which the Falcon, The Winter Soldier, Captain America, and Battlestar face the Flag-Smashers. During this, Kareli accidentally ends up killing Hoskins. So enraged by his friend and partner’s death, Walker goes on a rampage as he captures a Flag-Smasher Nico, and smashes his head with the shield in front of the horrified spectators who film his actions. 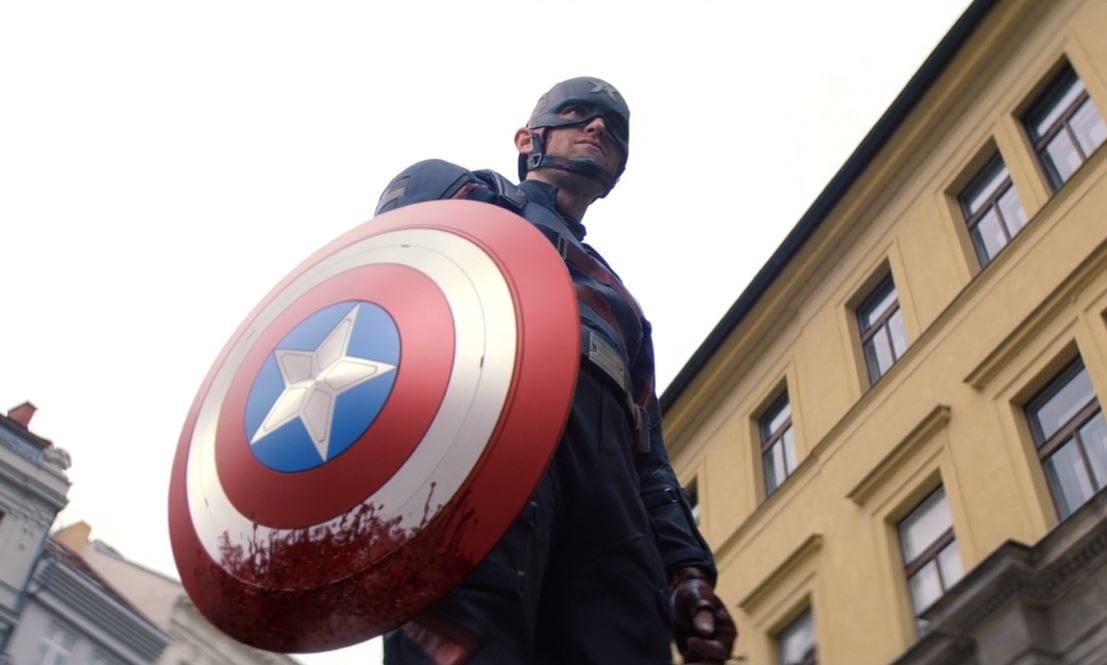 When will The Falcon and The Winter Soldier Episode 5 Release?

Where to watch The Falcon and The Winter Soldier Episode 5 online?

You can watch The Falcon and The Winter Soldier Episode 5 when it comes out exclusively on Disney+. Disney+ clearly looks like the streaming platform to the considering the season finale of the show lined up to come out on 23rd April 2021. Moreover, many other Marvel and Disney+ shows are lining up to come out soon such as Loki, Hawkeye, What If…?, Ms. Marvel, I’m Groot and She-Hulk. Along with these, as of now, even Black Widow will have its hybrid release in Cinemas and Disney+. So, only time will tell if other movies are to follow.

The Falcon and The Winter Soldier Episode 5 Preview

The Falcon and The Winter Soldier Episode 5 will follow up with the damage that John Walker just caused. For John Walker, being the nation’s symbol while also fighting terrorist groups seems to be tough as it clearly isn’t everyone’s cup of tea. We all know how John Walker was part of the military and there alongside Lemar Hoskins he has fought armies in Afghanistan. Being part of the military, it was only natural that John Walker’s go-to move would be to kill a Flag-Smasher to avenge his late partner. But having done it in Captain America’s persona in front of the public doesn’t paint a good picture. Unironically, his actions have tainted the shield with the blood of the man he killed. Suspectingly, John has already injected himself with the Super-Soldier Serum and only time will tell if he regrets his actions or is fueled by them.

In the upcoming episode, we are to see more of Sam and James’ relationship. Firstly, they might fight John Walker in a form of a Mexican standoff. Now, this is uncertain if they are able to retrieve the shield from him or not considering the shield is seen in the hands of both John Walker and Sam Wilson later in the trailer. John Walker seems to be encountering the Flag-Smashers on the streets while it looks like Sam and James have gone back to Louisiana to Sam’s sister’s home. Here, it looks like Sam is training with the shield in final preparation to face the Flag-Smashers. Only time will tell if there is an additional shield or does it get passed around during the episode. But surely, Isaiah Bradley’s legacy seems to have an impact on Sam’s future decisions on taking up the Captain America mantle. 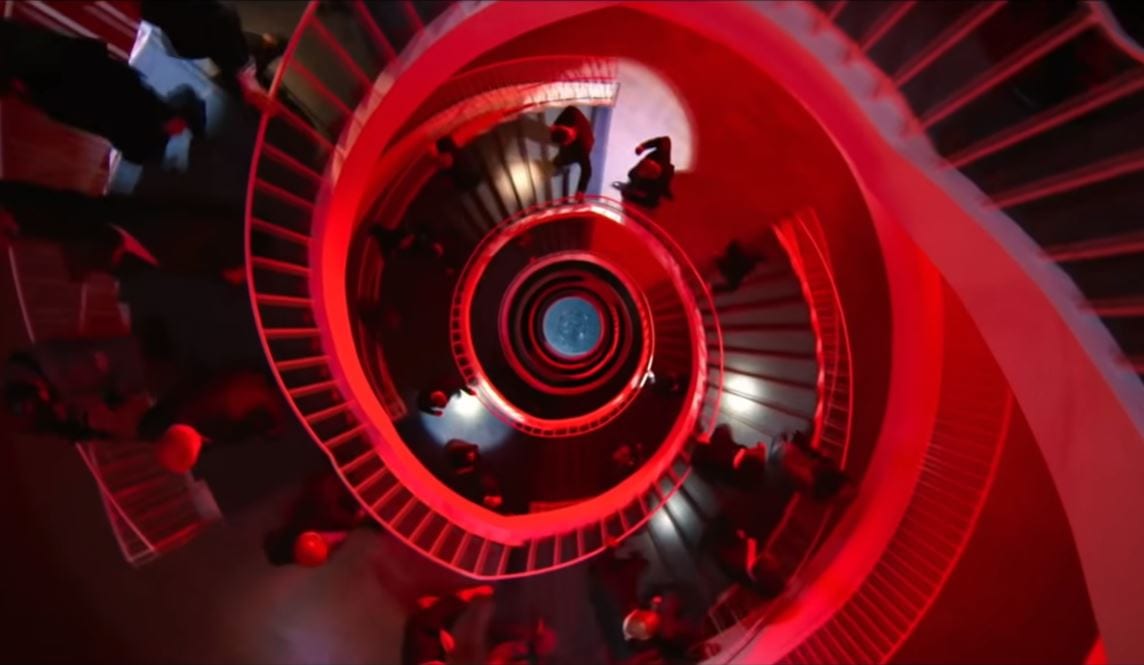 The setup for the final encounter has been very thrilling. In The Falcon and The Winter Soldier Episode 5 trailer, we see the Flag-Smashers circling quite literally into an event. This event isn’t confirmed yet but by the storyline, one can predict it to be the GRC (Global Repatriation Council). They are the organization that has kicked them out of their new homes and are framed to be the villain from the Flag-Smasher’s perspective. This episode is bound to have a number of action scenes involving The Falcon, The Winter Soldier, Captain America, and The Flag-Smashers. Tune in to the episode to see who comes out on top. Along with this, we may even see Zemo make his appearance with his iconic mask. 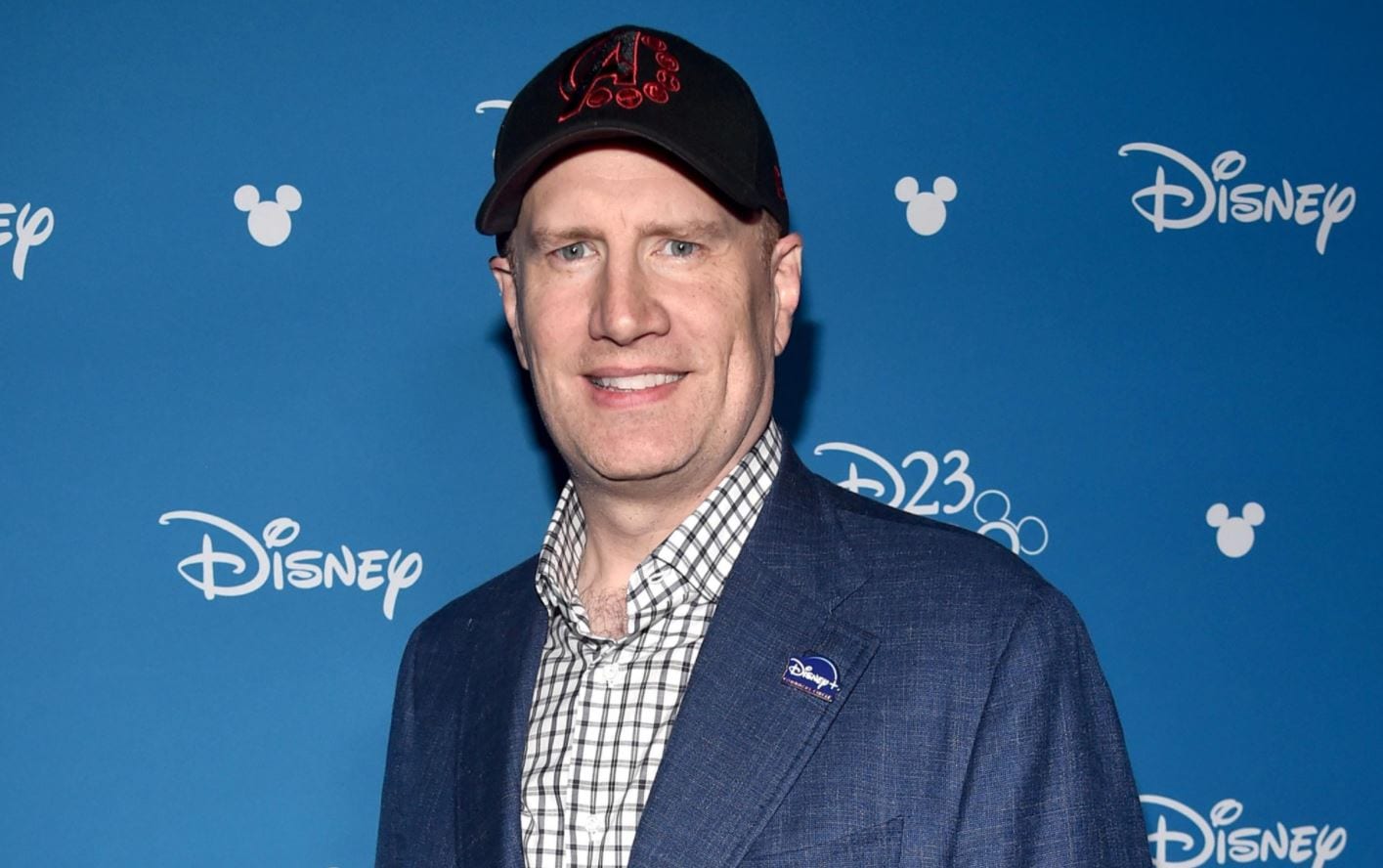 One enthralling aspect of The Falcon and The Winter Soldier Episode 5 seems to be the cameo appearance. The head writer of the show, Malcolm Spellman revealed that Episode 5 is the one he has been most excited to show the fans. According to him, this episode gets real and may make one cry. This cameo character hasn’t been revealed yet but apparently, it hasn’t made an appearance in the MCU till now. We can only make predictions as to who this mysterious character will be. Elsewhere we are still to discover the Power Broker’s identity while also waiting in on an appearance by Kevin Feige. In an interview with Indian YouTuber, Ashish Chanchalani, Anthony Mackie revealed how Kevin Feige was to have his acting debut in the show. Nevertheless, we are to wait to see if Kevin Feige’s character will be the cameo appearance Malcolm Spellman mentioned.